Accessibility links
First Customers Get Tesla Model 3 Electric Cars : The Two-Way The vehicles are comparatively affordable at $35,000. Tesla says it can't build them fast enough to meet the demand. 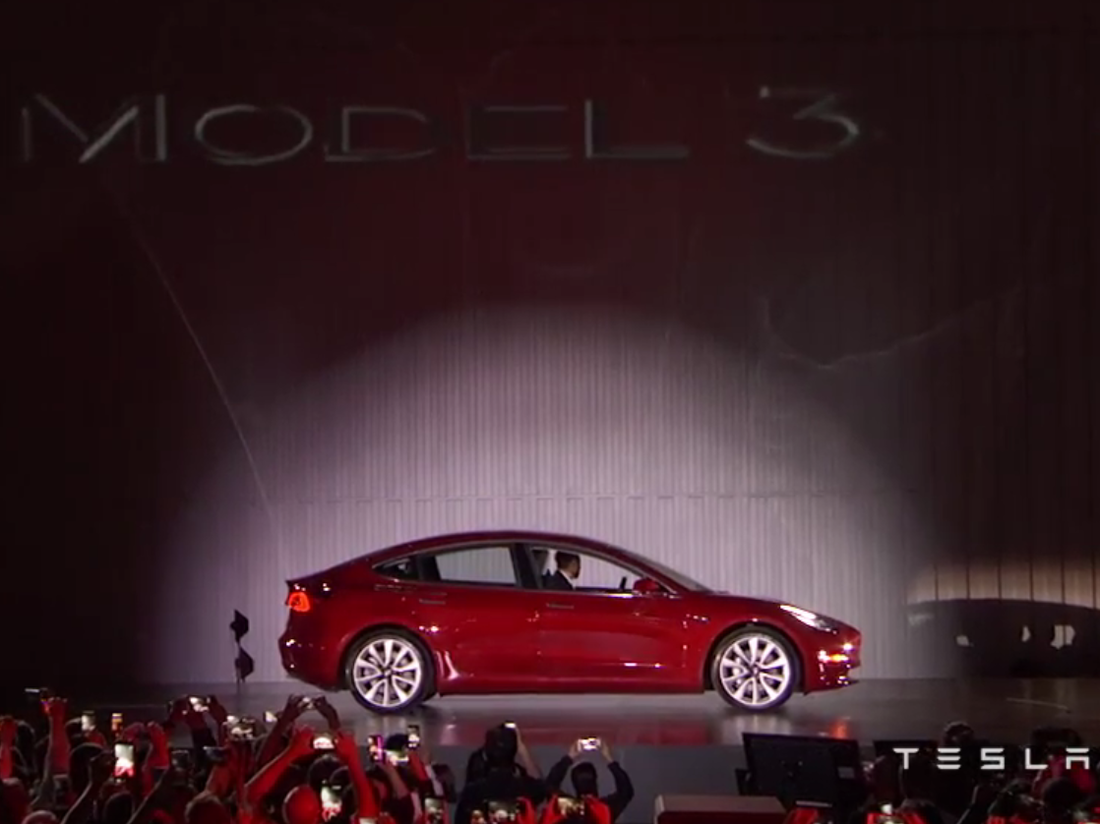 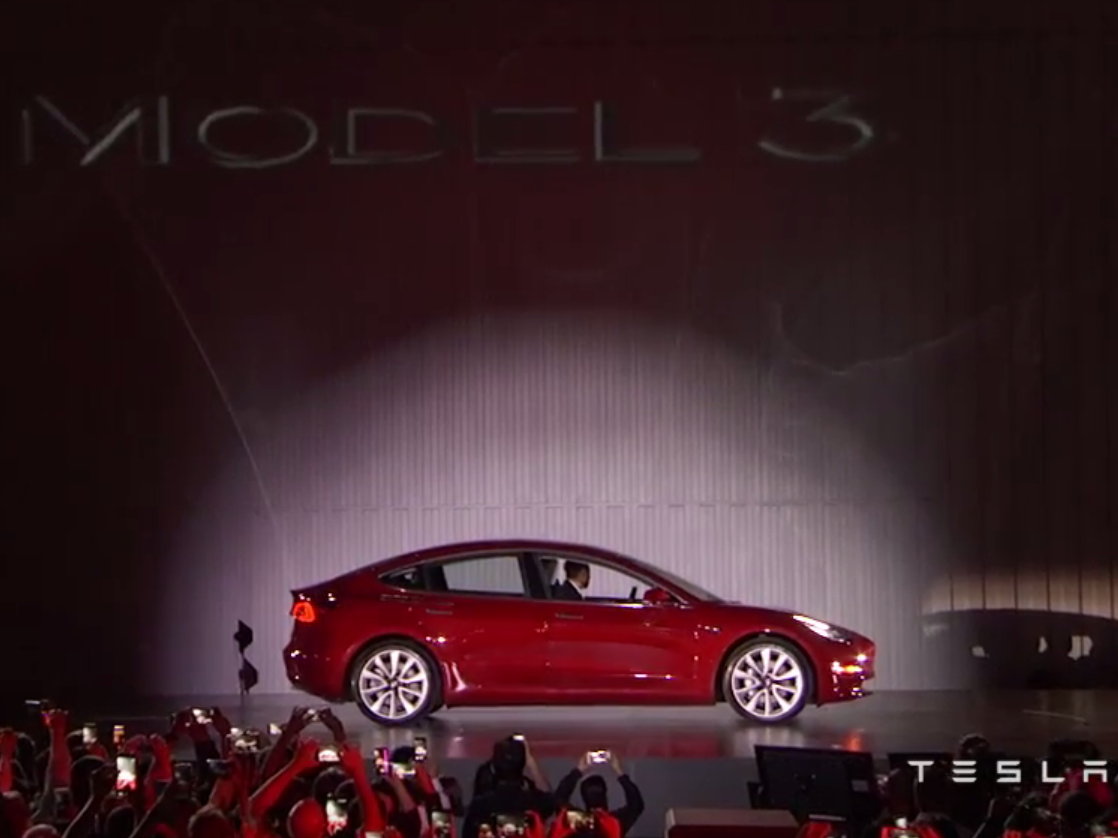 While more than 500,000 people have put down a deposit for the privilege of owning Tesla's new Model 3, according to the company, 30 employees were the lucky few to receive their vehicles first.

Tesla CEO Elon Musk took the stage at a companywide event in Fremont, Calif., on Friday night to hand over the vehicles. Approximately a half-million people have put down $1,000 to eventually own an affordable long-range all-electric car.

"The whole point of Tesla is to make an affordable electric vehicle," Musk told reporters earlier in the day. While Tesla gets much of the attention in the electric vehicle world, this week would be considered momentous even without Tesla.

That's the context in which Musk's long-awaited affordable car enters the market. Musk heaped praise on the Model 3 calling it "safer than a Volvo." Musk has said also in unequivocal terms that the company needs the Model 3 to succeed: "We finally have a great affordable electric cars, that's absolutely what's needed for us."

During a test-drive, the fully loaded version of a Model 3 had comparable handling and amenities of its more expensive siblings the Model X and Model S but, according to Musk, has "far fewer bells and whistles." It's likely a car that will satisfy Musk/Tesla enthusiasts. However, if you want those bells and whistles such as autonomy and extended range, the prices jumps much higher than the $35,000 tease rate up to nearly $60,000. Even with federal and the most generous state rebates, that is out of the range for the average driver.

The problem for Tesla, unlike other automakers, is not demand, but supply. "We've done everything we could to unsell the car," says Musk.

Tesla would have to dramatically increase the scale of its production to fulfill the half-million orders. In 2016, the company produced fewer than 100,000 of its two best-selling cars. The company predicts it will be able to produce 250,000 of the new Model 3, eventually scaling up to a half-million vehicles annually.

As Europe turns toward electric cars, California is doubling down and global leaders are preparing for the rise of such vehicles. Sales of electric vehicles have increased significantly in the past 18 months, but they remain a small fraction of overall sales. Analysts say gas-powered SUV and truck sales dominate the U.S. market at more than 60 percent.

A last bit of context: Just one day before Musk took the stage, Ford's Truck division turned 100 years old. Its F-150 remains the best-selling vehicle in the U.S. for 40 years in a row. So while the nation's flirtation with electric vehicles is piqued, its love affair with trucks endures.