Accessibility links
NFL, NIH End Partnership For Concussion Research With $16M Unspent : The Two-Way The relationship has been fraught with disputes about which research should be funded. Four House members have asked NFL Commissioner Roger Goodell whether the league plans to honor its commitment. 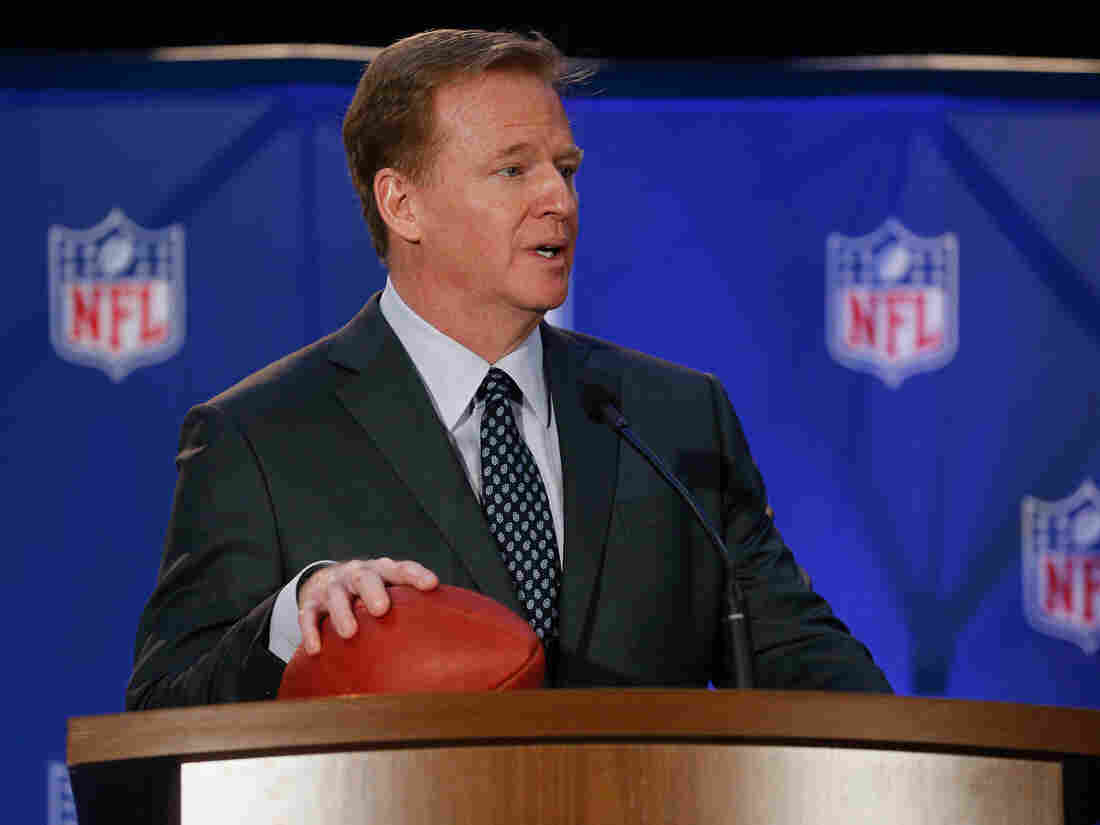 A $30 million partnership between the NFL and the National Institutes of Health is set to expire at the end of August, with much of the NFL's pledged money unspent. Above, NFL Commissioner Roger Goodell in February. Bob Levey/Getty Images hide caption 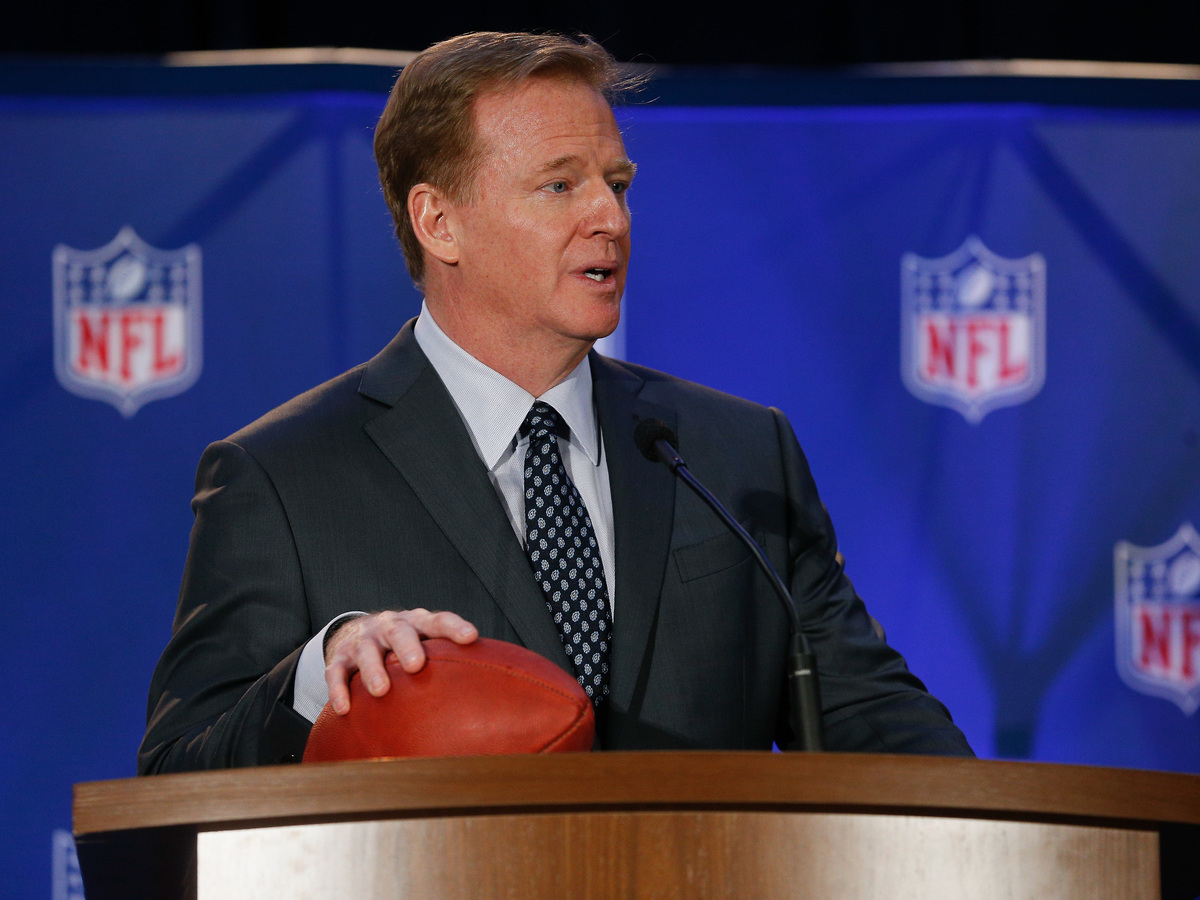 A $30 million partnership between the NFL and the National Institutes of Health is set to expire at the end of August, with much of the NFL's pledged money unspent. Above, NFL Commissioner Roger Goodell in February.

Almost five years ago, soon after the suicide of linebacker Junior Seau, the NFL announced it was donating $30 million to the National Institutes of Health for brain research. At the end of August, it appears that partnership will expire, with $16 million of the money still unspent.

"NIH officials decided months ago to let the agreement expire in August with more than half of the money unused, following a bitter dispute in 2015 in which the NFL backed out of a major study that had been awarded to a researcher who had been critical of the league," ESPN reported this week.

The NIH confirmed that the partnership is on track to end.

"The NFL's agreement with [the funding arm of the NIH] ends August 31, 2017, and there are no current research plans for the funds remaining from the original $30 million NFL commitment," the NIH said in a statement to ESPN, noting that the institutes are currently funding concussion research directly. "If [the] NFL wishes to continue to support research at NIH, a simple donation to the NIH Gift Fund to support research on sports medicine would be favorably viewed, as long as the terms provided broad latitude in decisions about specific research programs."

Four Democratic members of the House Committee on Energy and Commerce sent a letter to NFL Commissioner Roger Goodell, asking whether the league still plans on giving the money it pledged.

"With little more than a month remaining in the initial five-year agreement establishing SHRP, the NFL has yet to contribute the remaining $18 million pledged to support research into health issues affecting athletes through NIH," the lawmakers wrote to Goodell, The Washington Post reported. "Since this research is critical to improving our understanding of the increased health risks that athletes face from their sport as well as ways to prevent and mitigate such risks for the future, we would hope that the NFL would follow through on its commitment to provide the balance of its $30 million donation."

The NFL said in a statement that the league was "engaged in constructive discussions" with the NIH's fundraising arm "regarding potential new research projects and the remaining funds of our $30 million commitment."

Last year, a congressional committee found that the NFL was trying to improperly steer government research toward a doctor with connections to the league, The New York Times reported; the NFL denied the accusations.

An updated study of football players' brains published on Tuesday found that all but one of the 111 brains of those who played in the NFL had chronic traumatic encephalopathy, a degenerative brain disease that's been linked to repeated blows to the head.

In a statement to NPR, the league said it had "pledged $100 million in support for independent medical research and engineering advancements in neuroscience related topics. This is in addition to the $100 million that the NFL and its partners are already spending on medical and neuroscience research."

McKee said more research is required, in particular, a "well-constructed longitudinal study" that looks at young people playing collision sports. But she doubts the NFL will fund her research. "The NFL directs funding only to research they approve of," she told Tom.

"It wasn't an easy decision, but I believe it was the right one for me," he tweeted. Urschel, 26, said the move will allow him to work on his Ph.D. in math at MIT full-time. Team sources told The Baltimore Sun that his decision to retire was related to the results of the study.

ESPN's Adam Schefter noted that Urschel's retirement is part of a trend. "John Urschel is 14th player to retire at age 30 or younger this offseason," he tweeted. "Twenty players retired at 30 or younger during 2016 offseason."