Accessibility links
Power Outage In N.C.'s Outer Banks Could Take Weeks To Fix : The Two-Way The local utility says construction crews building a bridge across the Oregon Inlet cut three underground cables, leaving much of the vacation spot without electricity. 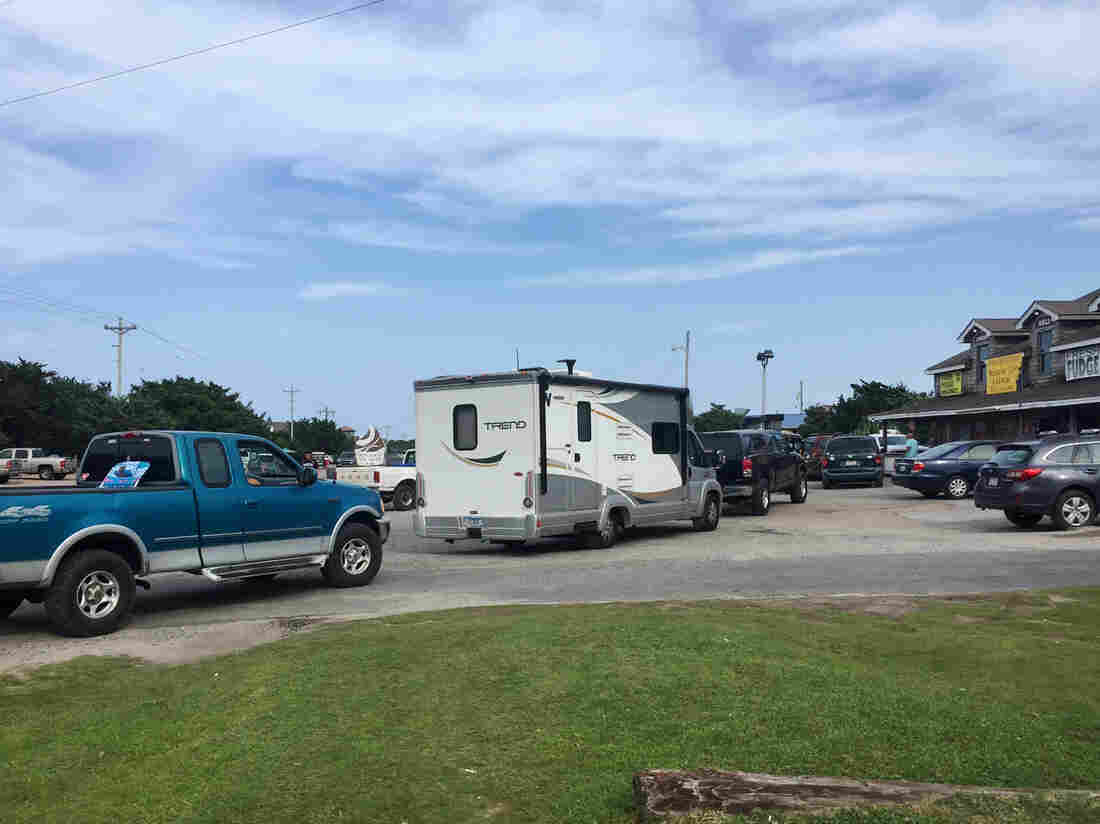 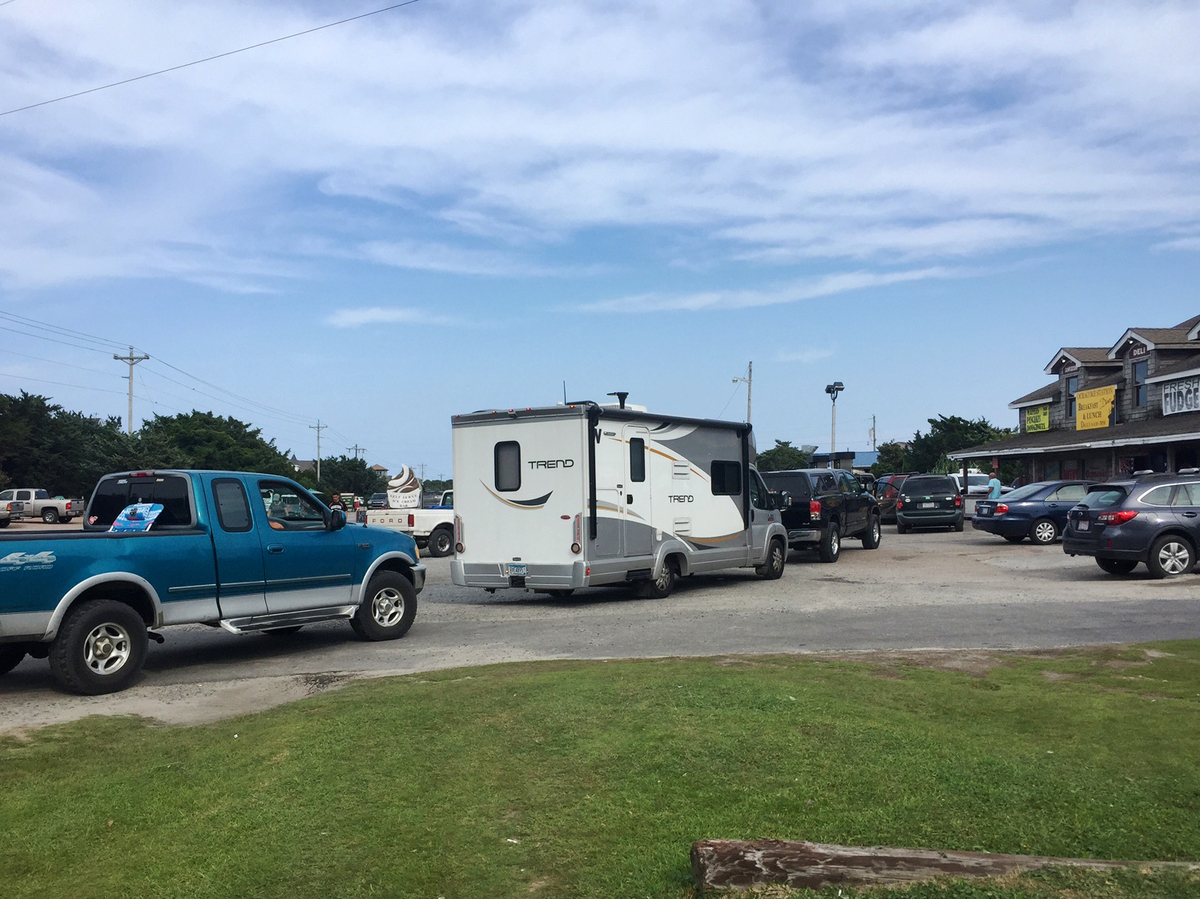 Vehicles line up at a gas station on Thursday on Ocracoke Island on North Carolina's Outer Banks, as visitors leave the island following a widespread power outage.

North Carolina's Outer Banks has been without electricity for days – and that could last for weeks, according to estimates of how long it will take to repair transmission lines that were inadvertently severed by a bridge construction crew.

PCL Construction, which is building a new span to replace the old Bonner Bridge across the Oregon Inlet, has acknowledged that early Thursday its workers drove a steel casing through a major underground transmission cable belonging to the Cape Hatteras Electric Cooperative. The accident has left thousands of residents without power and forced vacationers to depart.

North Carolina Gov. Roy Cooper said "a lot of money" was being lost due to the outages that come at the peak of tourist season when people come from all over the country to relax on the region's sandy beaches.

"I do know we're talking hundreds of millions of dollars for our tourism on these islands every year," the governor said at a news conference on Monday. "And so it is critically important that we get the power back on, to make sure these tourists and visitors can get back on the island as quickly as possible."

Jason deBruyn, a reporter for member station WUNC, spoke with All Things Considered, describing the beaches as a ghost town following a mandatory evacuation that has removed 50,000 visitors from the island. Normally, he says there would be "cars backed up for miles, blanket to blanket on the beach. ... people everywhere" at this time of year.

On Monday, The News & Observer reported that a lawsuit had been filed against PCL Construction on behalf of the affected individuals and businesses.

The construction firm originally said its crew had accidentally cut a single transmission line, but the utility said later that a test of its underground cables showed a total of three had been severed and that it could take up to two weeks to repair the damage or string new overhead lines.

"CHEC crews are working toward two solutions for transmission restoration. The first solution is to continue excavating the damaged cables and work to splice them back together; repairs have already begun on the first excavated cable. The second solution is to build a new overhead transmission line ..."

Electricity, supplied by generators, has been restored to some areas, but many others are still in the dark, the newspaper reports.

"As a firm representing clients in the Outer Banks area, we can tell you that this power outage could not have happened at a worse time," Dennis Rose, of Rose Harrison and Gilreath law firm, one of the firms assisting in the lawsuit, was quoted by the News & Observer as saying. "We are getting calls from local residents and business