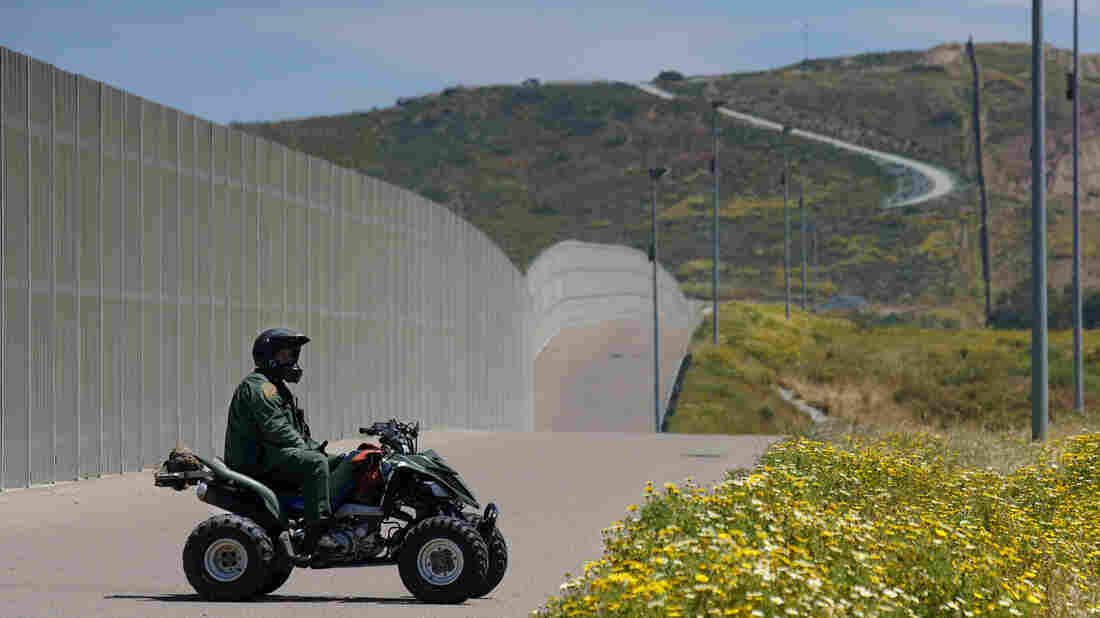 A Border Patrol agent keeps watch over the U.S.-Mexico border fence just south of San Diego earlier this year. The Department of Homeland Security announced Tuesday that it would waive environmental and other laws to expedite its construction of barriers and roads in the region. Sandy Huffaker/AFP/Getty Images hide caption 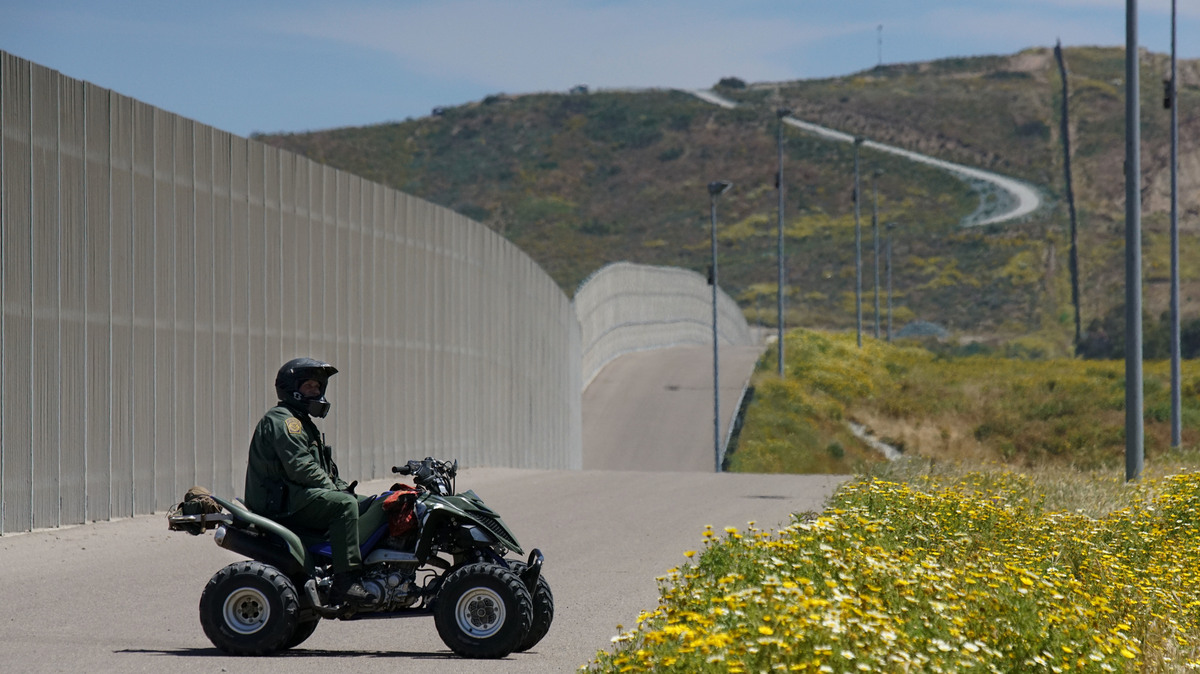 A Border Patrol agent keeps watch over the U.S.-Mexico border fence just south of San Diego earlier this year. The Department of Homeland Security announced Tuesday that it would waive environmental and other laws to expedite its construction of barriers and roads in the region.

The Department of Homeland Security announced Tuesday that it will use its authority to bypass environmental laws and other regulations to "ensure the expeditious construction of barriers and roads" near the U.S.-Mexico border south of San Diego.

The waiver, which focuses on 15 miles of contiguous land stretching eastward from the Pacific Ocean, would make it easier for the agency to embark on those "infrastructure projects," which include building several prototypes of the border wall President Trump called for in a January executive action. The agency also plans to replace sections of the fence that stands in the area.

By using the waiver, it would be able to avoid the legal requirement to complete an environmental impact study before building on public lands. In fact, the agency says it has "the authority to waive all legal requirements" the Homeland Security secretary deems necessary "to deter illegal crossings in areas of high illegal entry into the United States."

And Homeland Security spokesman David Lapan tells NPR's Eric Westervelt this portion of the border could certainly be described as one of those areas.

Lapan also says it's not the first time the agency has used such a waiver, noting the department under Michael Chertoff, a homeland security secretary in George W. Bush's administration, invoked it five times.

"The proposed construction of the replacement border wall in San Diego, like many areas along the border lands, has a high concentration of endangered species," Brian Segee, the group's senior attorney, tells NPR. "There are a lot of impacts that can occur to the environment — especially in the absence of prior environmental studies."

"And that's exactly what these waivers do," Segee adds. "They create a lawless situation whereby DHS will undertake this massive boondoggle of a border wall project, and they will do it without the benefit of key environmental laws like the National Environmental Policy Act, the Endangered Species Act, the Clean Water Act — the list goes on and on."

Still, DHS plans to forge ahead ... on the replacement fencing, at least.

Lapan says building of the prototypes has been delayed by another set of protests — this time lodged against the department by some of the contractors whose bids were not selected. One of those protests remains under consideration by the Government Accountability Office.

Lapan expects that work on the prototypes themselves might get underway as late as November.