Accessibility links
U.S. Citizen Who Was Held By ICE For 3 Years Denied Compensation By Appeals Court : The Two-Way Davino Watson was imprisoned as a deportable immigrant for 1,273 days, despite having U.S. citizenship. Now a court says he is not eligible for $82,500 in damages he was awarded.

U.S. Citizen Who Was Held By ICE For 3 Years Denied Compensation By Appeals Court

U.S. Citizen Who Was Held By ICE For 3 Years Denied Compensation By Appeals Court 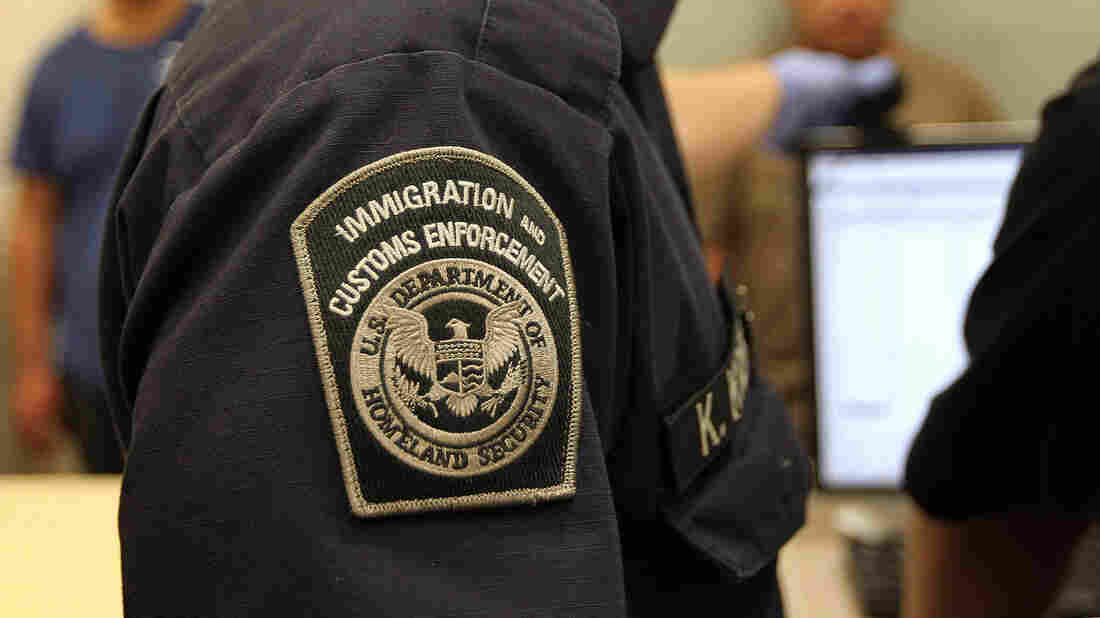 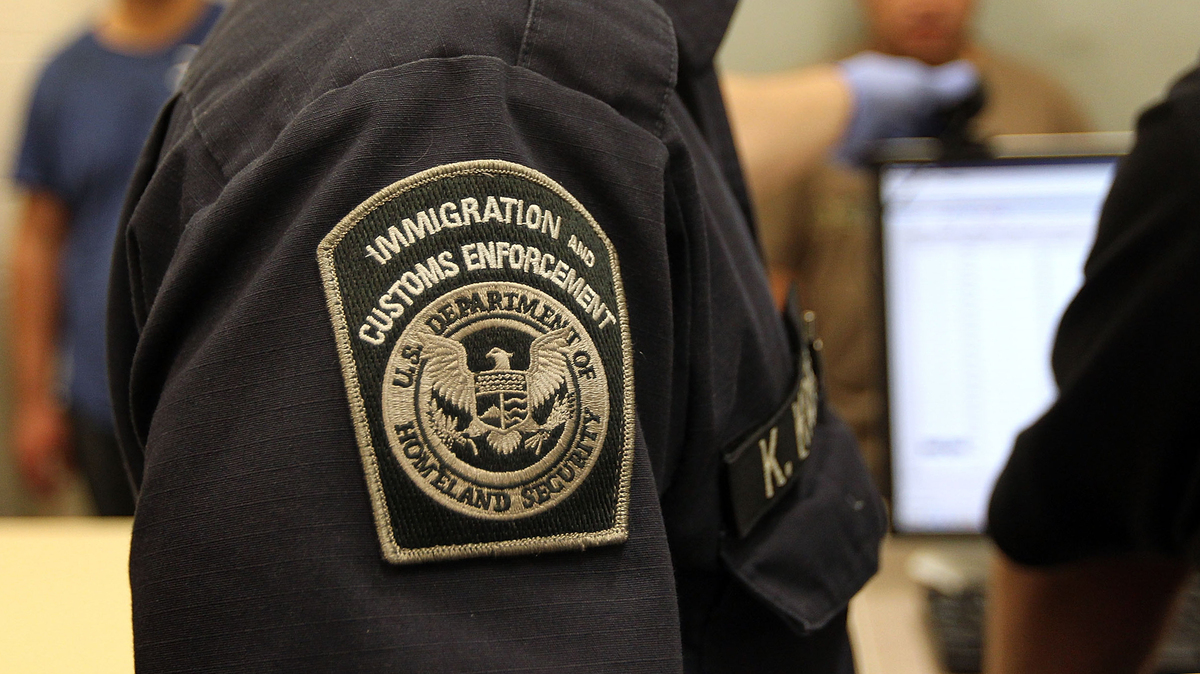 In a "botched" investigation, Immigrations and Customs Enforcement kept Davino Watson, a U.S. citizen, imprisoned as a deportable alien for nearly 3 1/2 years.

There is no right to a court-appointed attorney in immigration court. Watson, who was 23 and didn't have a high school diploma when he entered ICE custody, didn't have a lawyer of his own. So he hand-wrote a letter to immigration officers, attaching his father's naturalization certificate, and kept repeating his status to anyone who would listen.

Still, Immigration and Customs Enforcement kept Watson imprisoned as a deportable alien for nearly 3 1/2 years. Then it released Watson, who was from New York, in rural Alabama with no money and no explanation. Deportation proceedings continued for another year.

Watson was correct all along: He was a U.S. citizen. After he was released, he filed a complaint. Last year, a district judge in New York awarded him $82,500 in damages, citing "regrettable failures of the government."

On Monday, an appeals court ruled that Watson, now 32, is not eligible for any of that money — because while his case is "disturbing," the statute of limitations actually expired while he was still in ICE custody without a lawyer. 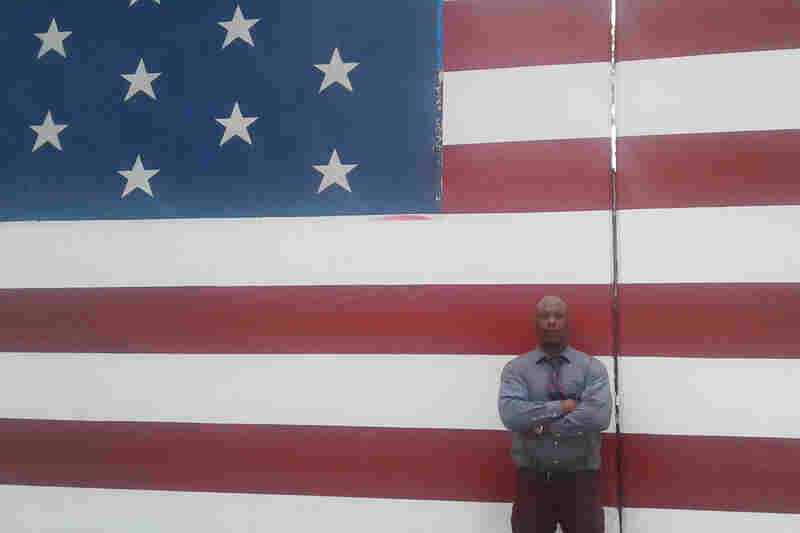 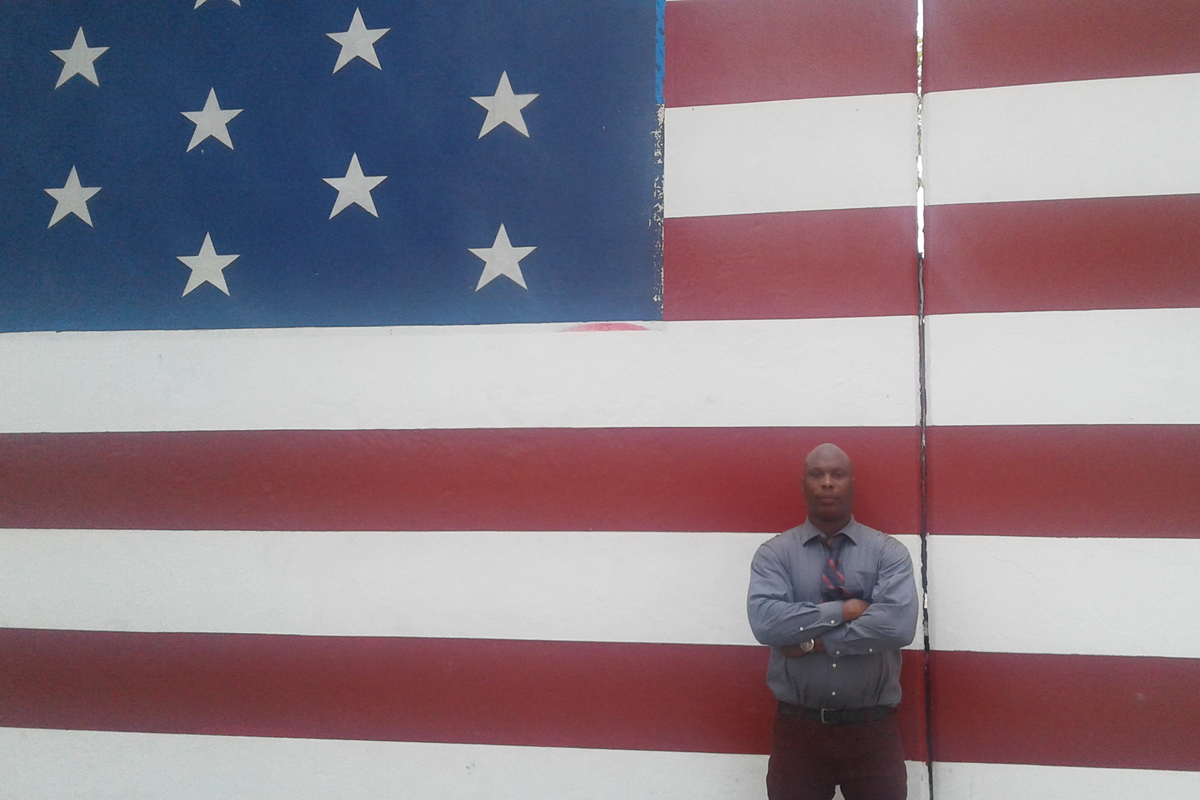 The 2nd U.S. Circuit Court of Appeals acknowledged that the ruling is "harsh" but said it was bound by precedent.

"There is no doubt that the government botched the investigation into Watson's assertion of citizenship, and that as a result a U.S. citizen was held for years in immigration detention and was nearly deported," the court ruled. "Nonetheless, we must conclude that Watson is not entitled to damages from the government."

"We think that the analysis of the law by the majority opinion is clearly wrong, respectfully," says Watson's lawyer, Mark Flessner. Flessner is considering a number of possible next steps, including an appeal to the Supreme Court.

Watson is now living in Brooklyn and has finished his GED certificate, Flessner says.

The details of the case are "arcane," as U.S. District Judge Jack Weinstein put it in his decision last year. Watson was born in Jamaica and moved in with his dad in the U.S. as a teenager. He was 17 when his father was naturalized in 2002, so he became a U.S. citizen on that day, too.

In 2007, Watson pleaded guilty to selling cocaine. When his sentence ended in May 2008, he was arrested by ICE officers.

Watson had already told them he was a citizen and given them his father and stepmother's names and a phone number to call and confirm.

ICE officers didn't call the number. They did attempt to look up his father, Hopeton Ulando Watson, but they confused him with a Hopeton Livingston Watson.

Hopeton Livingston Watson — the wrong Hopeton Watson — was not a U.S. citizen. He also lived in Connecticut instead of New York, didn't have a son named Davino and arrived in the U.S. at a different time. But the officers apparently didn't notice the mistakes. Based on the wrong file, they concluded that Watson was not a citizen and marked him for deportation.

A yearslong ordeal followed as Davino Watson, while detained, tried to fight his deportation in a complex case involving both U.S. and Jamaican laws.

He wasn't released until November 2011.

The "whole legal disaster" could have been avoided if Watson had an attorney at the outset, wrote the district judge who ordered his damages. With a lawyer, "plaintiff probably promptly would have been declared a citizen and released almost immediately after he was arrested, if he were arrested at all," he said.

Then, after his arrest, the government investigation into his status was marked by "mindless failure," "carelessness" and "easily avoidable error," Weinstein said.

"ICE did not follow their own procedures of what to do when the detained immigrant makes a claim of U.S. citizenship," Flessner, the lawyer now working on Watson's case, tells NPR. "It was crystal clear from the beginning, had DHS done its homework properly, that he has been a U.S. citizen since 2002."

"Plaintiff was badly treated by government employees," Weinstein, the district judge, wrote last year. "He deserves a letter of apology from the United States in addition to damages. But the court is not empowered to order this courtesy."

The court of appeals doesn't dispute any of those facts. The problem, the judges ruled, is one of timing.

The two-year statute of limitations on his "false imprisonment" started ticking when Watson first went before a judge, the majority said. That meant it expired while he was still in ICE custody, without a lawyer. The district court judge had ruled that this case merited an exception, as Courthouse News reports:

"Weinstein had agreed to apply the principle of equitable tolling to stop the clock, blaming Watson's lack of legal counsel and education for the lawsuit's untimeliness.

"The Second Circuit, however, found that Watson's case did not meet this exception.

" 'Equitable tolling is a rare remedy to be applied in unusual circumstances, not a cure-all for an entirely common state of affairs,' the majority wrote.

" 'I would hope that nothing about Watson's 1,273‐day detention can be said to have been "an entirely common state of affairs," ' he wrote. 'If it were, we should all be deeply troubled.' "

The majority did acknowledge that Watson's case is "extraordinary in a number of unfortunate ways" but determined none of them justified the exception. Watson needed to file a complaint from detention to receive any compensation now.

It means a person in custody for an extended period of time would have to file a false-imprisonment claim while detained, "before it's been determined that they've been falsely imprisoned," he said. "I mean, this is not only applicable to immigration cases ... there's lots of citizens that are falsely or wrongly imprisoned."

Mary Meg McCarthy, the director of the Heartland Alliance National Immigrant Justice Center, says it's not unusual for a person fighting deportation to spend years in detention.

McCarthy's group became involved in Watson's case in October 2011. She says she can't think of what he could have done, as a detainee asserting his citizenship, to make the process faster.

"The system is very bureaucratic and very, very complicated to navigate," she tells NPR. "It's very Kafka-esque."

"His case lingered on and on because he kept saying, 'I'm a U.S. citizen and I shouldn't be deported,' " she says.

The very fact that he kept asserting his status meant more organizations pulled into the process, more layers of bureaucracy, more time, she says. And while a lawyer could have sped up the process, Watson didn't have one. After two years, a pro bono attorney was appointed to help with one of his legal challenges, McCarthy says, but that didn't help with his ICE proceedings.

Watson is not the only U.S. citizen to be detained in immigration court.

NPR's Eyder Peralta reported on the phenomenon in December:

"It's illegal for U.S. immigration authorities to hold Americans in detention.

"However, an NPR analysis of data obtained through a Freedom of Information Act Request shows that hundreds of American citizens each year find themselves in a situation similar to [Lorenzo] Palma's. Those data show that from 2007 through July of last year, 693 U.S. citizens were held in local jails on federal detainers — in other words, at the request of immigration officials. And 818 more Americans were held in immigration detention centers during that same time frame, according to data obtained through a separate FOIA request by Northwestern University professor Jacqueline Stevens and analyzed by NPR.

"To be sure, the numbers represent a tiny percentage of all the cases reviewed by Immigration and Customs Enforcement, but advocates say holding even a single U.S. citizen should not be tolerated. ...

"A separate NPR review of court records showed that in dozens of similar cases, Americans asserted their citizenship only to be sucked into a system they should have never been a part of. Some were held for days; others, for months. Some were denied bail, and most were denied a court-appointed lawyer."