Accessibility links
New Zealand Political Leader Quizzed On Whether She'll Have Kids : The Two-Way Jacinda Ardern had just been announced as the new leader of the Labour party, when a TV host asked her whether she felt like she had to make a choice between "having babies and having a career." 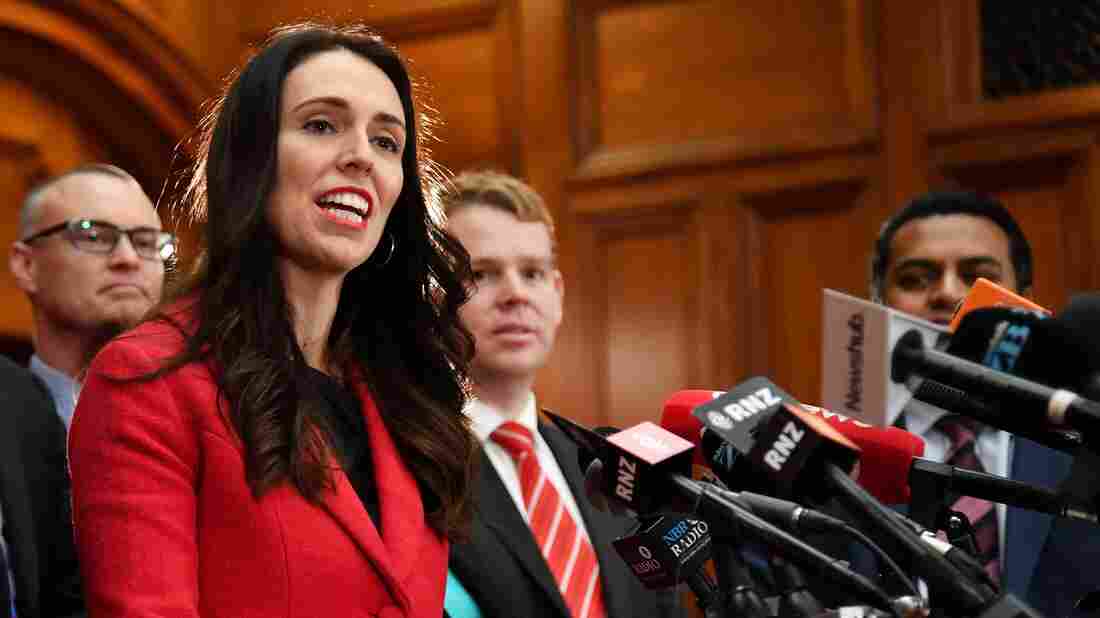 The new leader of New Zealand's Labour Party, Jacinda Ardern, speaks at her first press conference at Parliament in Wellington on Tuesday. Ardern was elected after Andrew Little stepped down just weeks before a general election, citing "disappointing" opinion polls. Less than 24 hours into her tenure, questions over her desire to have children led to a national uproar. Marty Melville /AFP/Getty Images hide caption 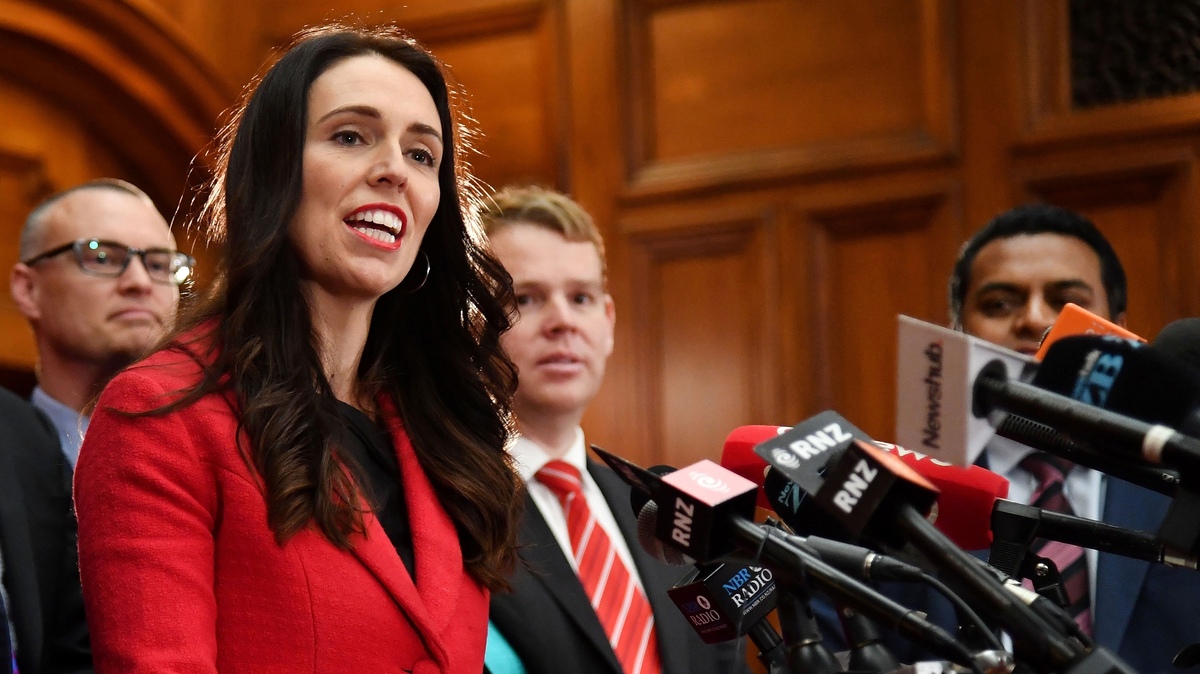 The new leader of New Zealand's Labour Party, Jacinda Ardern, speaks at her first press conference at Parliament in Wellington on Tuesday. Ardern was elected after Andrew Little stepped down just weeks before a general election, citing "disappointing" opinion polls. Less than 24 hours into her tenure, questions over her desire to have children led to a national uproar.

A rising political star in New Zealand received a prominent new role — and was immediately asked whether or not she plans to have children.

Jacinda Ardern, who was appointed the leader of the Labour party on Tuesday, has less than two months before the next round of elections. She's the youngest New Zealand Labour leader ever, the BBC reports.

But enough about that. Multiple men wanted to know: What about her uterus?

The conversation that seized international headlines came in a segment of the TV show The Project, introduced with the double-entendre title "Poll Dancing."

"I've got a question, and we've been discussing today whether I'm allowed to ask it or not," co-host Jesse Mulligan said to Ardern, with a pointed glance at female co-host Kanoa Lloyd. "Let me put it this way. A lot of women in New Zealand feel like they have to make a choice between having babies and having a career or continuing their career at a certain point of their lives, late thirties. .. Is that a decision that you feel you have to make or that you maybe feel that you've already made?"

Ardern, 37, said she was fine with the question being asked, "just because I've been really open about that dilemma." (Ardern has spoken to reporters before about her desire to have children, and her concerns over balancing that with a political career.)

She said that she's taking every day as it comes and "not predetermining any of that, just like most of the women out there who just make their lives work."

Lloyd, the show's female co-host, was visibly relieved. "I was like, 'Don't ask a woman that, she doesn't have to tell you!' but you, good," she said.

"It's a special case. You're asking her if she wants to be in Labour or in labor," said co-host Josh Thomson, to laughter.

Many viewers did not find the question so congenial. At the risk of stating the obvious, male politicians in their late 30s are not typically asked whether they're sacrificing their dreams of a family for their dream career.

The double standard is closely tied to misogynistic assumptions about parenting and ambition. And that's completely aside from questions of rudeness, or the fact that a person without children might be making a choice or struggling with infertility.

Did we mention the segment was called "Poll Dancing?"

Anyway, it went downhill from there.

The next morning radio host Mark Richardson, who had also been on the Project panel, defended the question — not just for Ardern specifically, but for all women seeking all jobs.

"I think it's a legitimate question for New Zealand, because she could be the prime minister leading this country," Richardson said, referring to Ardern's possible role if she pulls off a dramatic reversal of fortune for the opposition party. "She has our best interest at heart. We need to know these things.

"If you're the employer at a company, you need to know that type of thing from the women you're employing, because legally you have to give them maternity leave, so therefore the question is is it OK for a [prime minister] to take maternity leave while in office?"

For the record: In New Zealand (and the U.S.), it is illegal to discriminate against an employee because of current or planned pregnancies, and employers are advised to avoid asking that question altogether.

Ardern, joining the radio conversation, hit back against Richardson's remarks. She reiterated that she, personally, chose to talk publicly about her desire for a family and therefore is "happy to keep responding to those questions."

For anyone wondering what the rules are around asking whether a job applicant is planning on having children, here's a quick reminder: pic.twitter.com/NzCv5bie9X

"But," she said, "for other women, it is totally unacceptable in 2017 to say that women should have to answer that question in the workplace. ... It is the woman's decision about when they choose to have children. It should not predetermine whether or not they are given a job, or have job opportunities."

In 2012, then-Prime Minister Julia Gillard lambasted the leader of the opposition for his hypocrisy and misogyny, in a video well worth the watch.

Gillard, we should note, has been attacked for not having children. "Anyone who chooses a life without children, as Gillard has, cannot have much love in them," a former Labor leader once said. A Liberal senator once called Gillard "deliberately barren."

In the U.K., a female politician who did have children once suggested she would be a better leader than Prime Minister Theresa May, who is childless, because "being a mum means you have a very real stake in the future of our country."

Ardern, meanwhile, is facing innuendo that she might not be able to give her full attention to New Zealand's body politic, if she chooses to have children in the future.

This national uproar comes as Ardern is taking the helm of a struggling opposition party, just seven weeks before an election, fighting to turn the tides for a low-polling Labour party.

If you'd like to hear Ardern talk about that challenge, instead of her reproductive system, Radio New Zealand had an informative interview this morning.