Accessibility links
1 Million Malnourished Children At Risk Of Cholera In Yemen : The Two-Way That's according to a new analysis from Save the Children. Yemen's outbreak is the world's worst in a single year since records have been kept, according to Oxfam.

1 Million Malnourished Children At Risk Of Cholera In Yemen

1 Million Malnourished Children At Risk Of Cholera In Yemen 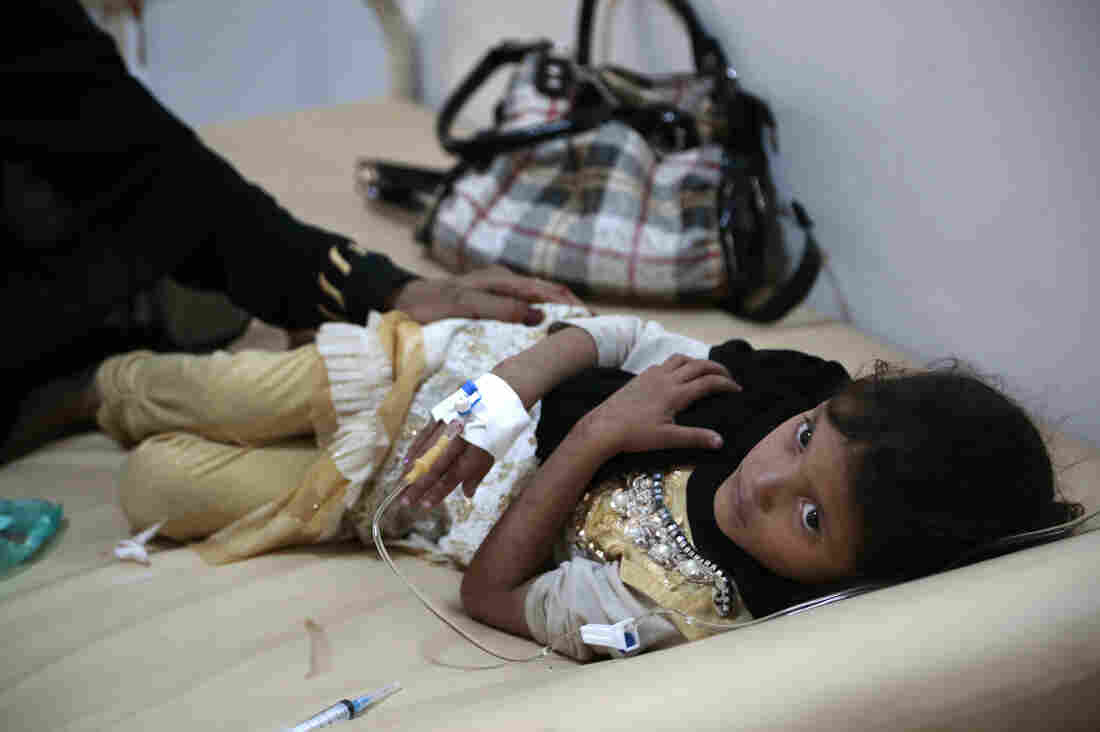 A girl is treated for a suspected cholera infection last month at a hospital in Sanaa, Yemen. Hani Mohammed/AP hide caption 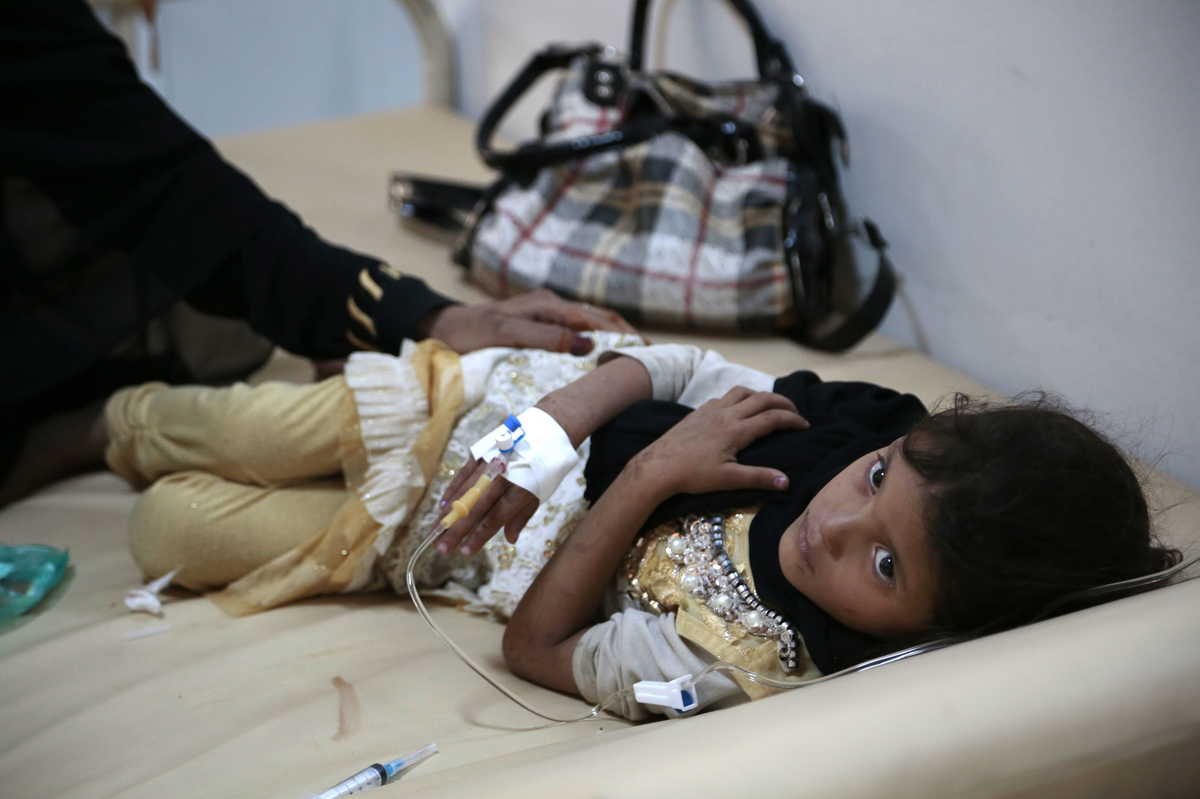 A girl is treated for a suspected cholera infection last month at a hospital in Sanaa, Yemen.

More than a million malnourished children are living in areas of Yemen hit hardest by a cholera outbreak, according to a new analysis by Save the Children.

The report notes, "Malnourished children have substantially reduced immune systems and are at least three times more likely to die if they contract cholera." This analysis suggests that the country's raging outbreak could escalate. It is already the world's worst in a single year since records have been kept, Oxfam said on July 21.

"Cholera causes violent diarrhea, vomiting and dehydration severe enough to send a person into shock in a matter of hours," Rina Shaikh-Lesko reported for NPR. It is straightforward to treat, with oral and intravenous rehydration the primary therapy.

But the country has been hit by nearly three years of war, which has shattered its health and sanitation infrastructure. 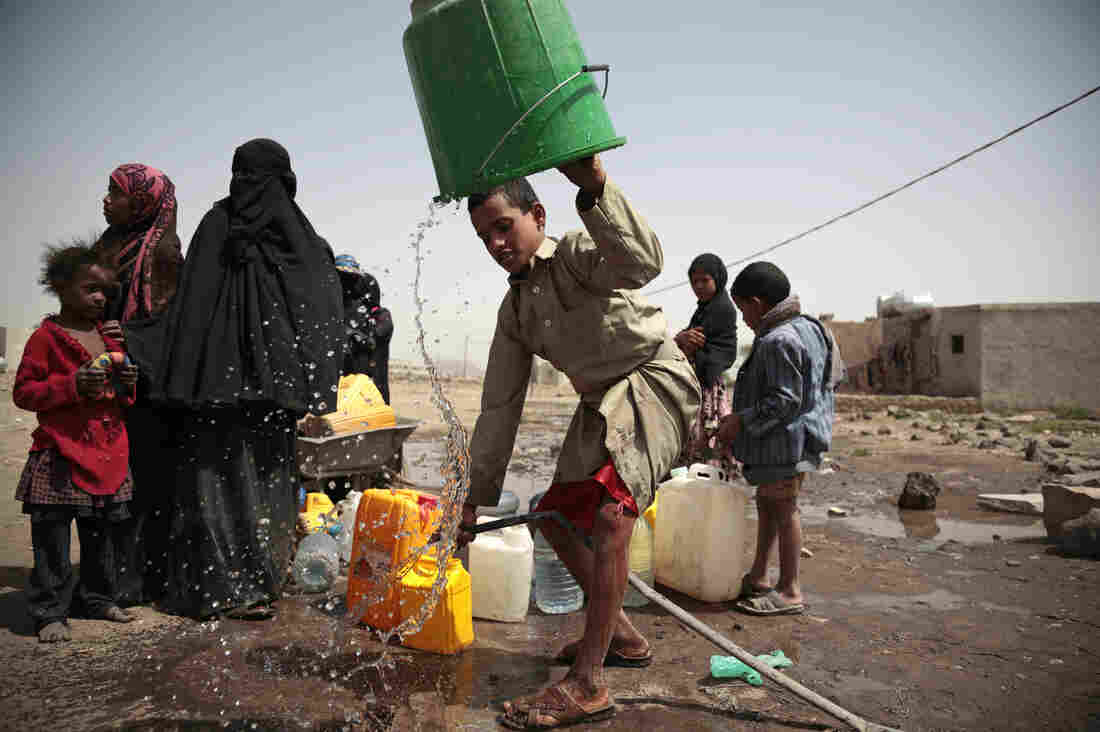 A boy rinses a bucket as he and others collect water from a well that is allegedly contaminated with cholera bacteria, on the outskirts of Sanaa, Yemen. Hani Mohammed/AP hide caption 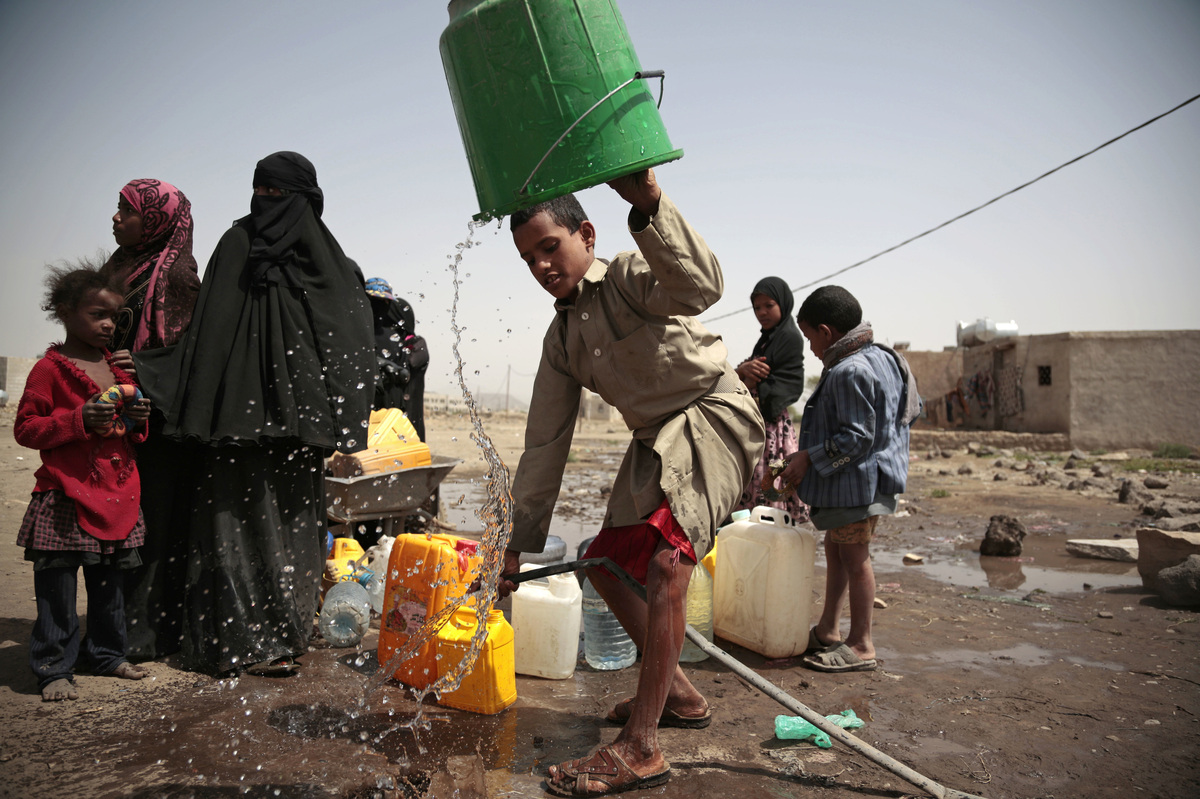 A boy rinses a bucket as he and others collect water from a well that is allegedly contaminated with cholera bacteria, on the outskirts of Sanaa, Yemen.

Oxfam says the war "has destroyed or damaged more than half the country's health facilities as the cholera outbreak rages on." And as Save the Children writes, "vital public servants such as health workers have not been paid for nearly a year."

Oxfam lists measures that would help it treat the disease:

"We need a massive, well-coordinated effort to get clean water, decent sanitation and simple things like soap to people to keep them safe from disease. We need an end to country entry restrictions of supplies and people so that we can get on with the job."

UNICEF director Anthony Lake was clear when asked by The Associated Press about how to end the disaster: "Stop the war," adding that players inside and outside Yemen should play a role in doing so.

Shiite Houthi rebels swept down from their northern stronghold in 2014 and seized swathes of territory. In 2015, a Saudi-led coalition began an airstrikes campaign to support the internationally recognized government the Houthis pushed out of the capital. The fighting and airstrikes have continued since.

The U.S. provides support to that Saudi-led coalition, including intelligence and midair refueling. It also sells billions of dollars' worth of weapons to Saudi Arabia.

Lake told the AP that a lack of resources is holding back efforts to escalate the fight against the disease.

"In the areas where we are working effectively, both the number of cases and the fatality rate are going down," he said. "So it's a race between us and the rains and the continuing destruction and the fighting — and of course, you always hope you will win."

Oxfam says it fears that the total number of people infected will eventually top 600,000.

It's worth noting that the disease has spread across the entire country — the World Health Organization says that suspected cholera cases have been detected in 21 of the 23 governorates.