Accessibility links
Woman Who Urged Boyfriend To Commit Suicide Must Serve 15 Months In Prison : The Two-Way Michelle Carter had been found guilty of involuntary manslaughter for texts that encouraged her boyfriend to kill himself. She was sentenced to 2 1/2 years, with all but 15 months suspended. 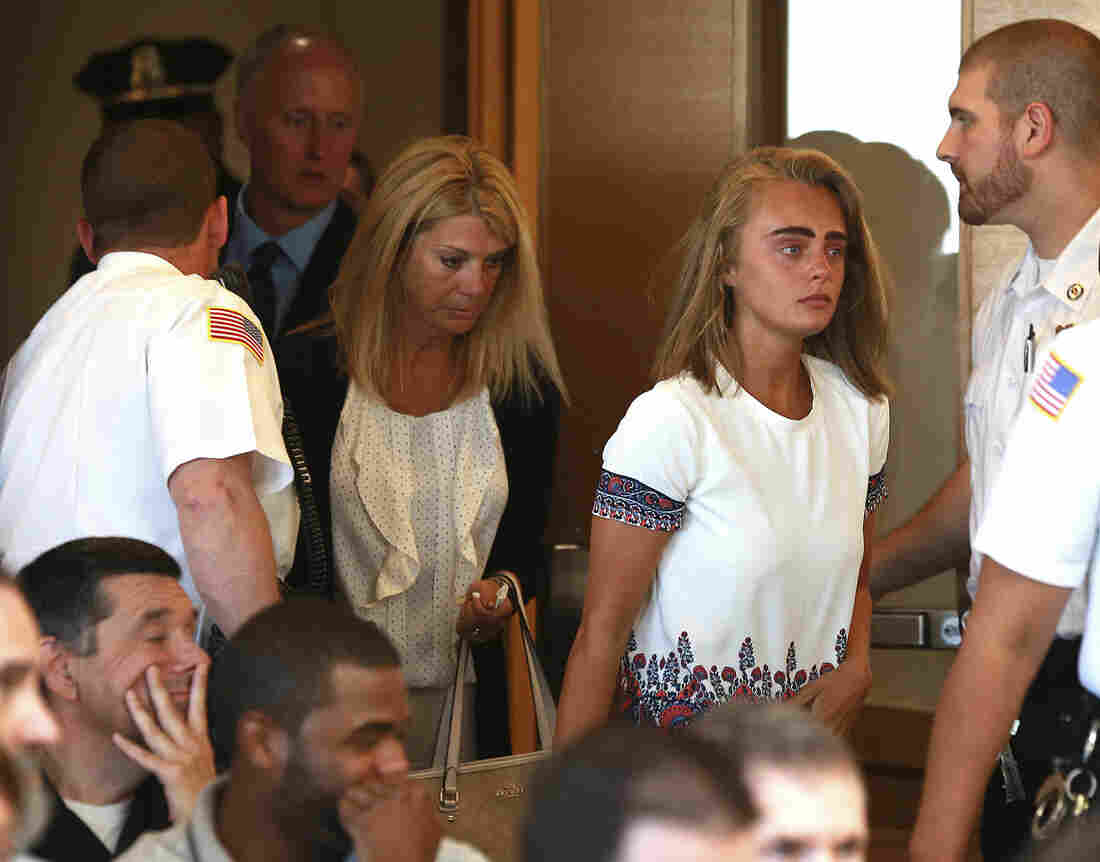 Followed by her parents, Michelle Carter arrives for her sentencing at a courtroom in Taunton, Mass., on Thursday. Carter had been convicted of involuntary manslaughter over the suicide of her boyfriend. Matt West/AP hide caption 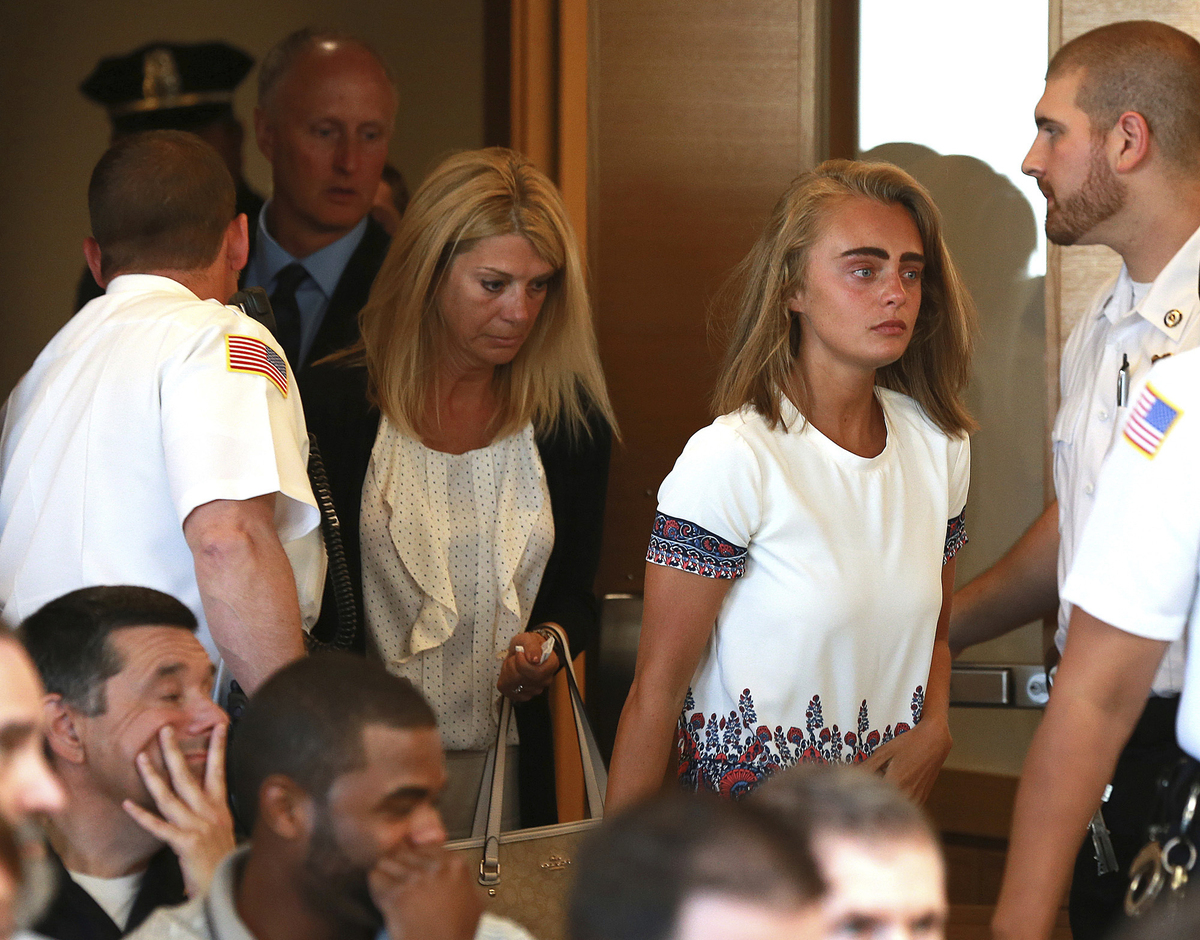 Followed by her parents, Michelle Carter arrives for her sentencing at a courtroom in Taunton, Mass., on Thursday. Carter had been convicted of involuntary manslaughter over the suicide of her boyfriend.

Michelle Carter, who was convicted of involuntary manslaughter for texting her boyfriend and urging him to kill himself, has been sentenced to 2 1/2 years in prison, with all but 15 months suspended. She will also serve five years of probation.

Carter, 20, was found guilty last month in connection to the 2014 death of Conrad Roy III.

At her sentencing hearing Thursday, Carter's lawyer asked the judge to "spare his client any jail time and instead give her five years of probation and require her to receive mental health counseling," The Associated Press reports.

Lawyer Joseph Cataldo said that "Carter was struggling with mental health issues of her own — bulimia, anorexia and depression — during the time she urged Roy to kill himself," the wire service writes.

Meanwhile, according to the AP, the prosecution sought a sentence of seven to 12 years in prison. Carter had faced a maximum sentence of 20 years.

Roy's family members described the emotional anguish they felt, with Roy's father saying he was "heartbroken" and Roy's sister describing herself as "haunted."

"The case stems from the death of Roy in July 2014, when Carter was 17 and Roy was 18. At the time, Carter was living in Plainville, Mass.; Roy was found dead about 50 miles away in a parking lot in Fairhaven, Mass., in a truck whose cab was filled with carbon monoxide by a generator.

"In text messages that were later entered as evidence, Carter told Roy he was ready to kill himself and asked him to promise he would go through with it. Prosecutors said during the trial that Carter had told Roy to get back in the truck after he told her he had gotten out and that she had failed to notify anyone that Roy was in danger.

"[Judge Lawrence] Moniz agreed with the prosecution, saying ... that 'Ms. Carter's actions, and also her failure to act, where she had a self-created duty to Mr. Roy, since she had put him into that toxic environment, constituted, each and all, wanton and reckless conduct.'

The "insistent tone of Carter's text messages" drew widespread attention to the case, the AP reports.

Carter texted things like "just do it babe," "I don't get why you aren't," and — in a moment the judge emphasized in his conviction — "get back in," when Roy climbed out of his truck and said he was afraid.

A previous version of this story cited The Associated Press as saying that prosecutors were seeking a sentence of 20 years. The news service has since corrected that to seven to 12 years. In addition, a previous version referred to an NPR article from July. That story ran in June.