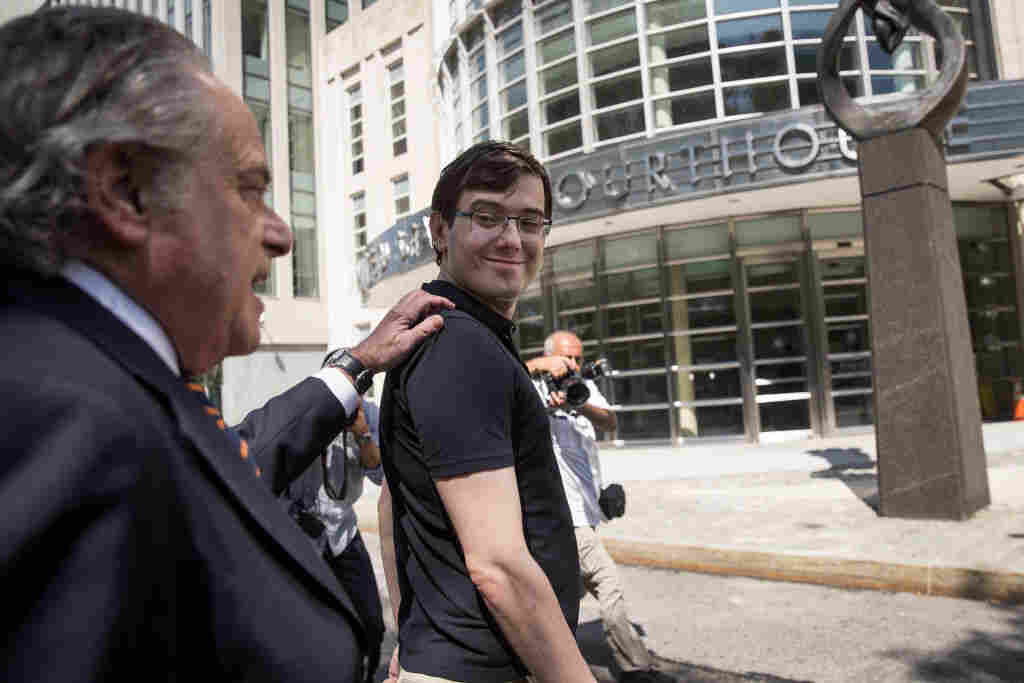 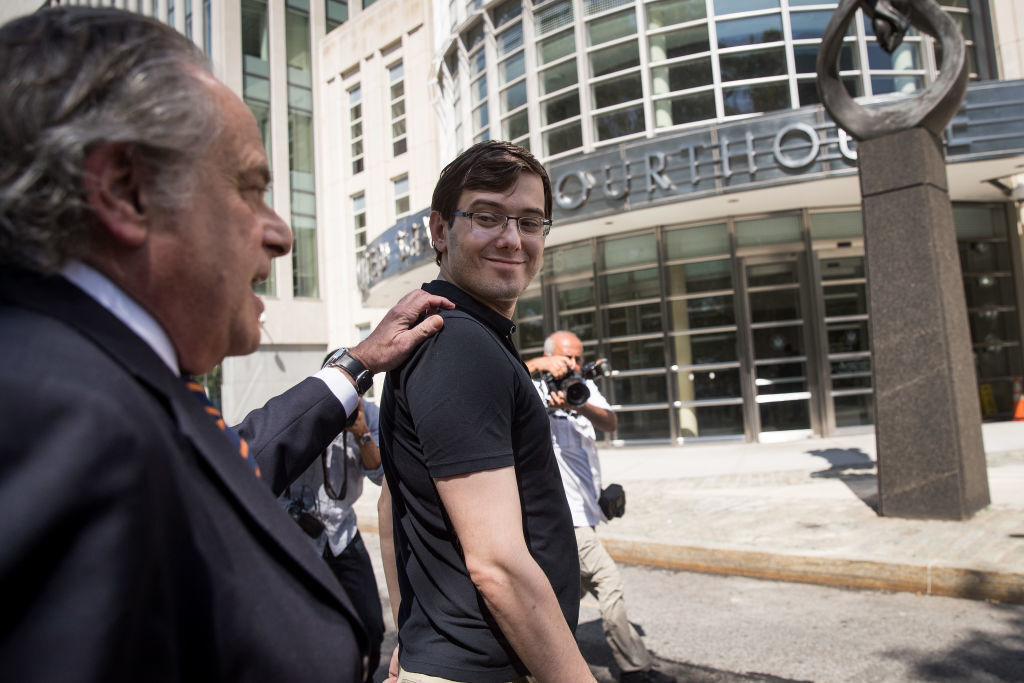 He was found guilty Friday on three counts — two counts of securities fraud and one count of conspiracy to commit securities fraud — out of a total of eight counts. Shkreli is best known for increasing the price of a life-saving drug for people with AIDS by 5,000 percent, from $13.50 to $750 per pill, when he was head of Turing Pharmaceuticals.

Shkreli has not been sentenced and faces up to 20 years in prison, as WSHU's Charles Lane tells our Newscast unit. Still, he declared victory when he was acquitted of what he termed the most "important charges."

"After the verdict was read, Shkreli and his lawyer said they were pleased and anticipated a light sentencing with minimal fines and no jail time," Lane reported. "During the trial, Shkreli openly mocked prosecutors and ultimately never took the stand in his defense."

As NPR's Laurel Wamsley has written about the case:

"Before he made headlines as the CEO of Turing Pharmaceuticals, Shkreli founded a pharmaceutical company, Retrophin, and a pair of hedge funds, MSMB Capital Management and MSMB Healthcare. Prosecutors say he committed a series of frauds while managing the funds between October 2009 and March 2014.

"The SEC's complaint alleges 'widespread fraudulent conduct' by Shkreli — a series of misrepresentations and omissions, and of taking money from one fund to cover claims against the other. According to the complaint, he also issued stock and made cash payments from Retrophin (disguised as payments for consulting services) to disgruntled investors in the hedge funds who were threatening to sue.

"Prosecutors say Shkreli misled investors about the size and performance of MSMB Capital Management, claiming that its returns were '+35.77% since inception' — when the fund had actually lost 18 percent. In another instance, he claimed the fund had $35 million in assets, when in fact it had less than $1,000 in assets."

Shkreli attorney Ben Brafman told reporters after the verdict that he believed the conspiracy to commit wire fraud — which Shrekli was acquitted of — was the heart of the case. "It was the claim that Martin robbed money from his own company to pay back people, and that theory was soundly rejected."

He added that Shkreli's image issues have posed a challenge to the case:

"Martin is a brilliant young man, but sometimes people skills don't translate well. So we will have some good discussions, but at the end of the day, you know Martin, I think, has more than held his own in this case and despite the issues that travel with Martin, I think we're standing here smiling even though it wasn't a clean sweep that we would have preferred."

As Brafman appeared to question Shkreli's "people skills," The Associated Press reported that the former executive "smiled and cocked his head quizzically in mock confusion."

During his time in the limelight, Shkreli has appeared to embrace the role of villain. For example, as NPR's Camila Domonoske reported, he purchased the sole copy of the Wu-Tang Clan's double album — then said he would never listen to it.