Accessibility links
Growing Number Of Americans Say North Korea Is A Top Threat To U.S. : The Two-Way The Chicago Council Survey found that three-quarters of Americans identify North Korea's nuclear program as a "critical threat" to America, up from 55 percent just two years ago. 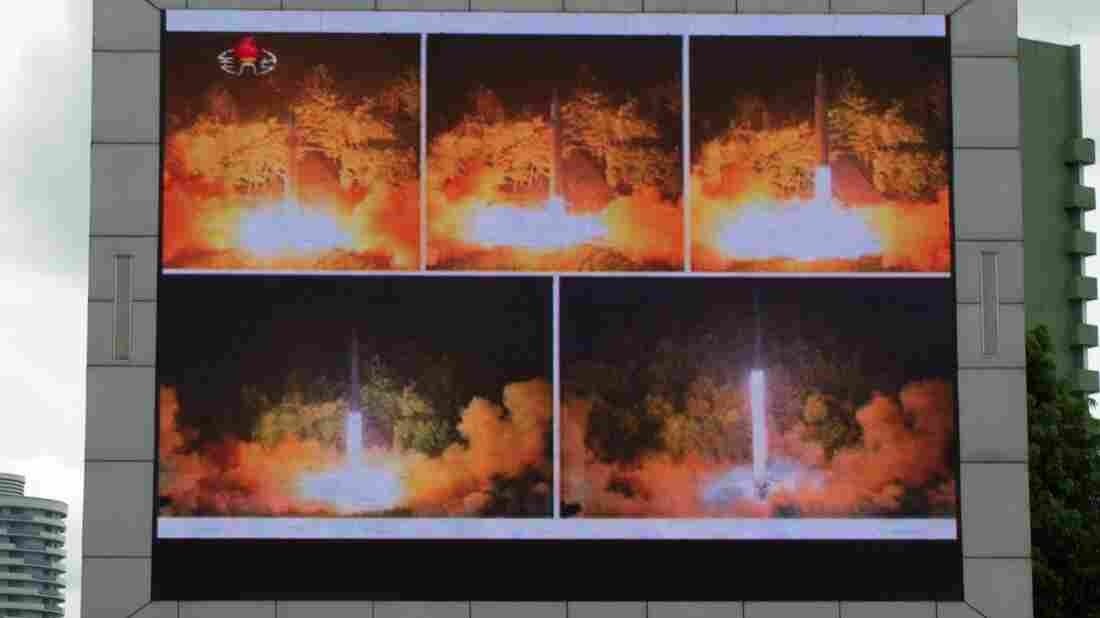 Coverage of a North Korean ICBM missile test is displayed on a screen in a public square in Pyongyang on July 29. It was the country's second missile test in less than a month. Kim Won-Jin/AFP/Getty Images hide caption 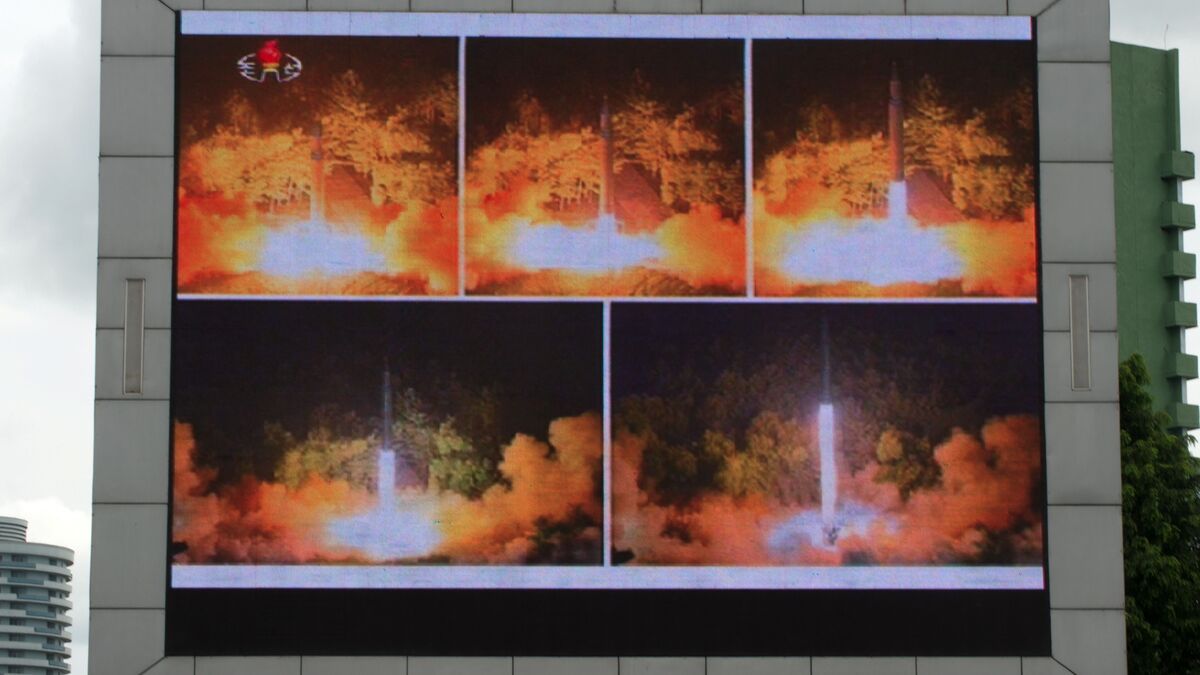 Coverage of a North Korean ICBM missile test is displayed on a screen in a public square in Pyongyang on July 29. It was the country's second missile test in less than a month.

Three-quarters of Americans believe that North Korea's nuclear program is a "critical threat" to the United States, according to a new survey released by the Chicago Council on Global Affairs.

The report shows a sharp increase in concern over the reclusive country — last year, 60 percent of Americans saw North Korea as a top threat, and in 2015, it was 55 percent.

The survey was conducted between June 27 and July 19. During that timeframe, North Korea conducted a high-profile test of a missile that analysts say had the potential to strike the U.S. Another ICBM was tested on July 28, after the Chicago Council Survey was over.

U.S. concern over North Korea is bipartisan, the survey found; on another of the many "possible threats" presented to respondents, Russian election meddling, there were sharp divides between Republicans and Democrats.

But shared concern over North Korea doesn't mean agreement over how to handle the threat.

"While Americans broadly support sanctions against North Korea and against Chinese banks and companies that do business with North Korea, they continue to have little appetite for overt military action," the Chicago Council wrote on Monday.

Sanctions have bipartisan support, with 76 percent of all Americans backing stronger sanctions. But support for military intervention is divided by political party: 54 percent of Republicans support conducting airstrikes on North Korean nuclear facilities, which only 38 percent of independents and 33 percent of Democrats endorse.

Thirty-seven percent of Republicans support sending U.S. troops to attack North Korean nuclear facilities — still a minority, the council notes, but notably higher than the 24 percent of Democrats as well as the 24 percent of independents who support such a measure.

American perceptions of threats abroad have, of course, evolved over the years. As NPR reported in 2012, after the Sept. 11 attacks, Americans focused on terrorism from abroad and "were ready to allocate almost unlimited attention and resources to countering the terrorist threat."

A decade letter, terrorism was less likely to be seen as a critical threat, and Americans as a whole were "much more skeptical of the use of force."

This year, the council also highlighted the divide over Russian influence on U.S. elections. Overall, 44 percent of Americans see that as a critical threat, the Council found; among Democrats, it's 65 percent, while among Republicans it's 19 percent.

The 2017 Chicago Council Survey was conducted with an online research panel of 2,020 adults, and has a 2.4 percentage point margin of error. The survey is funded in part by the John D. and Catherine T. MacArthur foundation, which also supports NPR.