Accessibility links
Hackers In Venezuela Hit Dozens Of Government Websites : The Two-Way The computer attack comes a day after armed men stormed an army base in Valencia. One site was defaced with a video of Charlie Chaplin's The Great Dictator. 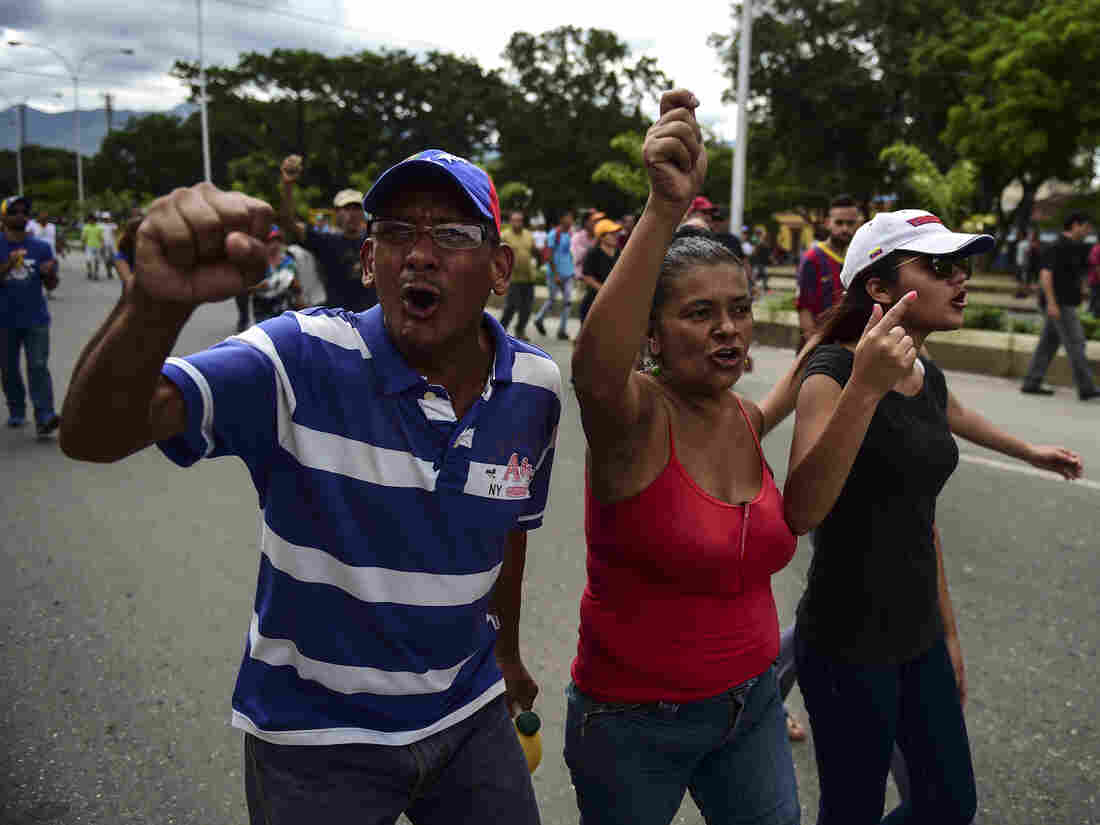 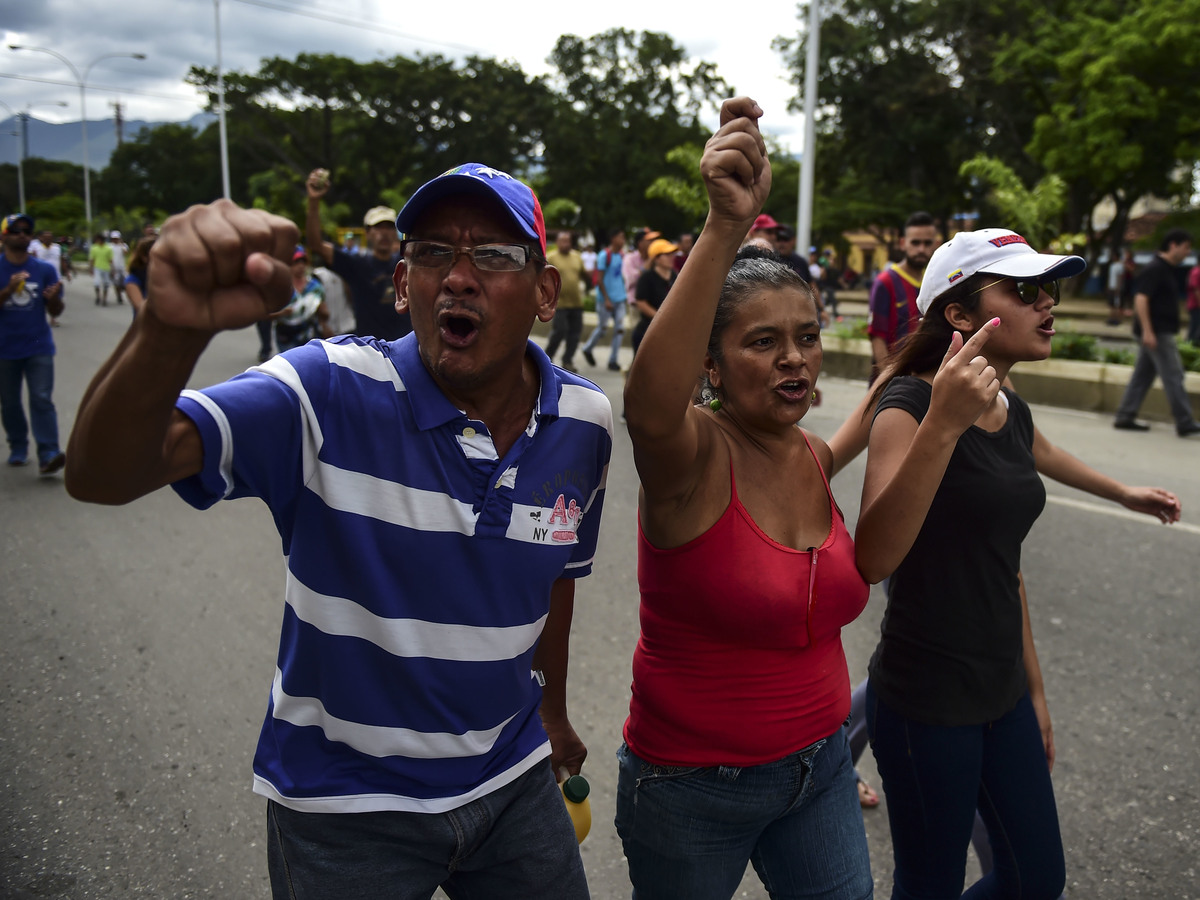 Anti-government activists protest in Valencia, one of Venezuela's largest cities, on Sunday.

Hackers in Venezuela attacked numerous government websites in protest of the "dictatorship" of President Nicolas Maduro.

A group calling itself "The Binary Guardians" said it hacked about 40 government sites, according to Reuters.

"Our intention is to give hope to people that no matter how strong the enemy seems, there is strength in unity," the group wrote in an email quoted by the news agency.

Reuters writes: "The country's CNE elections authority, which ran the July 31 vote for the new 545-member 'constituent assembly,' was among the sites hacked. Its hacked page featured a flyer in favor of Operation David, and a video showing a clip from Charlie Chaplin film The Great Dictator."

The hacker attack comes amid continued unrest and uncertainty in Venezuela a day after attack by armed men on an army base in Valencia.

NPR's Philip Reeves, reporting from Caracas, says Maduro's ruling socialist party is portraying Sunday's attack on the base as evidence of an attempted uprising against the government that is being instigated by Washington.

"His message was echoed by Venezuela's defense minister who, clad in combat clothes, made a passionate televised speech to hundreds of troops, who'd assembled for the cameras with their guns and tanks," Reeves says.

He says "thousands of government supporters were summoned to a rally in the capital Caracas [to support] Venezuela's new constituent assembly, a body many countries see as illegitimate — and a means of giving Maduro dictatorial powers."