Accessibility links
Regulators Pull Plan To Test Truckers, Train Operators For Sleep Apnea : The Two-Way Two U.S. agencies are ending their push to screen truck drivers and train operators a year after saying the sleep disorder "can cause unintended sleep episodes and resulting deficits in attention." 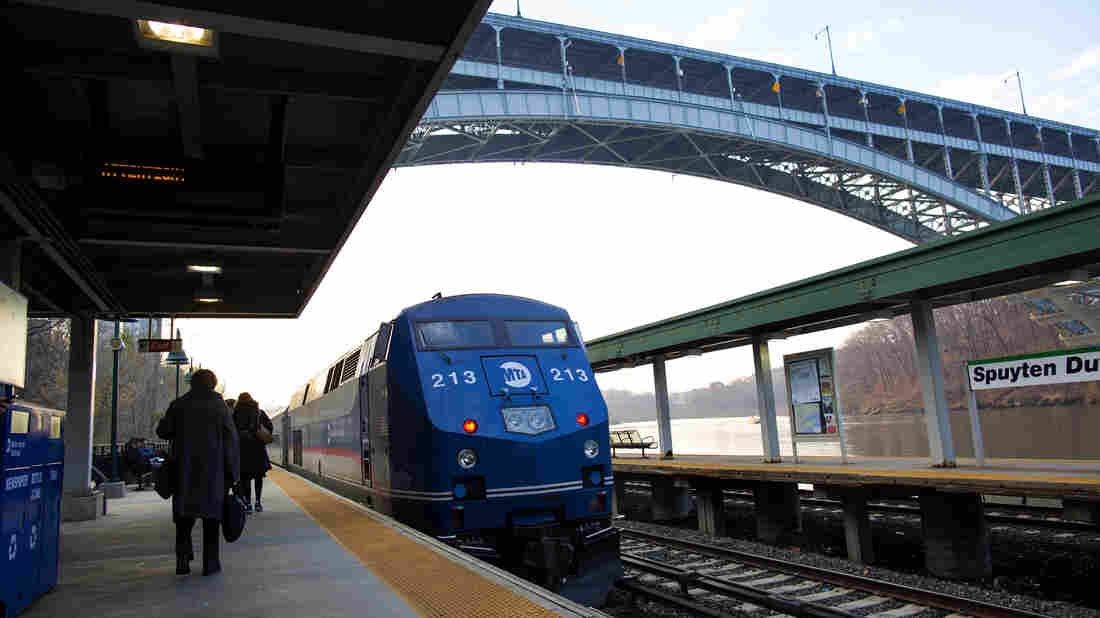 A Metro-North passenger train rolls through the Spuyten Duyvil station in New York in December of 2013, days after a train derailed in a deadly crash as it approached the station. Craig Ruttle/AP hide caption 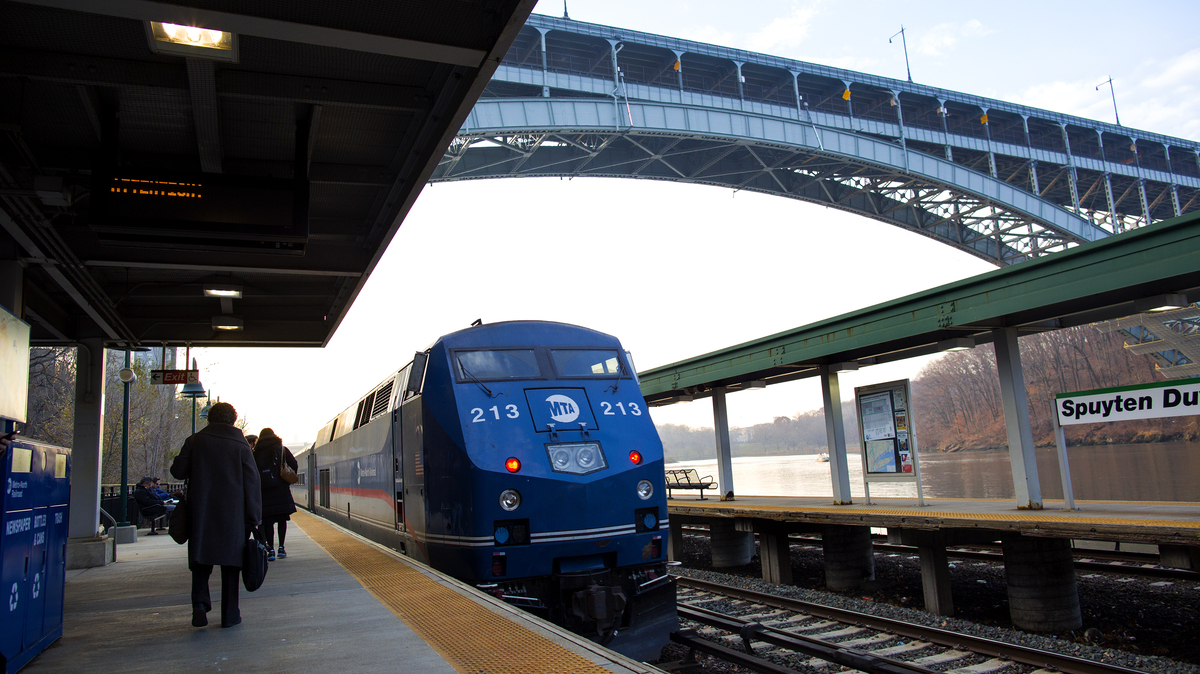 A Metro-North passenger train rolls through the Spuyten Duyvil station in New York in December of 2013, days after a train derailed in a deadly crash as it approached the station.

Two agencies in the Transportation Department are ending their push for a rule that would have required truck drivers and train operators to be tested for obstructive sleep apnea, a sleep disorder that's been linked to preventable accidents.

The agencies — the Federal Motor Carrier Safety Administration and Federal Railroad Administration — have withdrawn a proposed rule they published in March of 2016, when they wrote that when it goes undiagnosed or inadequately treated, obstructive sleep apnea, or OSA, "can cause unintended sleep episodes and resulting deficits in attention, concentration, situational awareness, and memory, thus reducing the capacity to safely respond to hazards when performing safety sensitive duties."

While calling OSA "an on-going concern," the regulators said the issue can be addressed through existing safety programs and rules.

According to the Associated Press, "The agencies argue that it should be up to railroads and trucking companies to decide whether to test employees. One railroad that does test, Metro-North in the New York City suburbs, found that 11.6 percent of its engineers have sleep apnea."

The decision didn't sit well with the National Transportation Safety Board. The agency, which has pushed for apnea screening and awareness, said it is "disappointed" by the move. The board cited its own findings that obstructive sleep apnea has been linked to 10 highway and rail accidents in the past 17 years.

"Medical fitness and fatigue, two of the NTSB's 10 Most Wanted List of Transportation Safety Improvements for 2017 – 2018, are tied to obstructive sleep apnea," says the agency's media relations chief, Christopher O'Neil. He added, "The need for this rulemaking is well documented."

Last spring, the FMCSA and FRA cited a number of cases of rail and trucking crashes that were linked to OSA in recent years, including a railway collision that took place near Red Oak, Iowa, in 2011.

That crash, which killed two crewmembers who were found to have been at risk of apnea, prompted the NTSB to urge the Federal Railroad Administration to "require railroads to medically screen employees with safety sensitive duties for sleep apnea and other sleep disorders."

The agencies' initial proposal also cited the 2013 derailment of a Metro-North Railroad passenger train that had been approaching the Spuyten Duyvil Station in New York City. In that crash that killed four passengers and injured more than 60 people, the engineer reported feeling dazed — and was later diagnosed with severe OSA.

Obstructive sleep apnea's risk factors include being male, obese, and middle-age or older. Family history can also play a role.

Dr. Stefanos Kales of the Harvard School of Public Health, who has studied the link between sleep apnea and serious accidents, told NPR's David Schaper last year, "Drivers with untreated obstructive sleep apnea who were noncompliant with treatment had a five-fold increase in the risk of serious preventable crashes."

In announcing the withdrawal of the proposal, the FMCSA recommended that commercial drivers and their employers consult the North American Fatigue Management Program to boost their awareness of fatigue and its impact on performance.