Accessibility links
'Financial Times' Issues 103-Year-Old Correction : The Two-Way In 1914, the newspaper reported that applications were "pouring in" for WWI war bonds. Researchers at the Bank of England, analyzing old records, have discovered that wasn't remotely true. 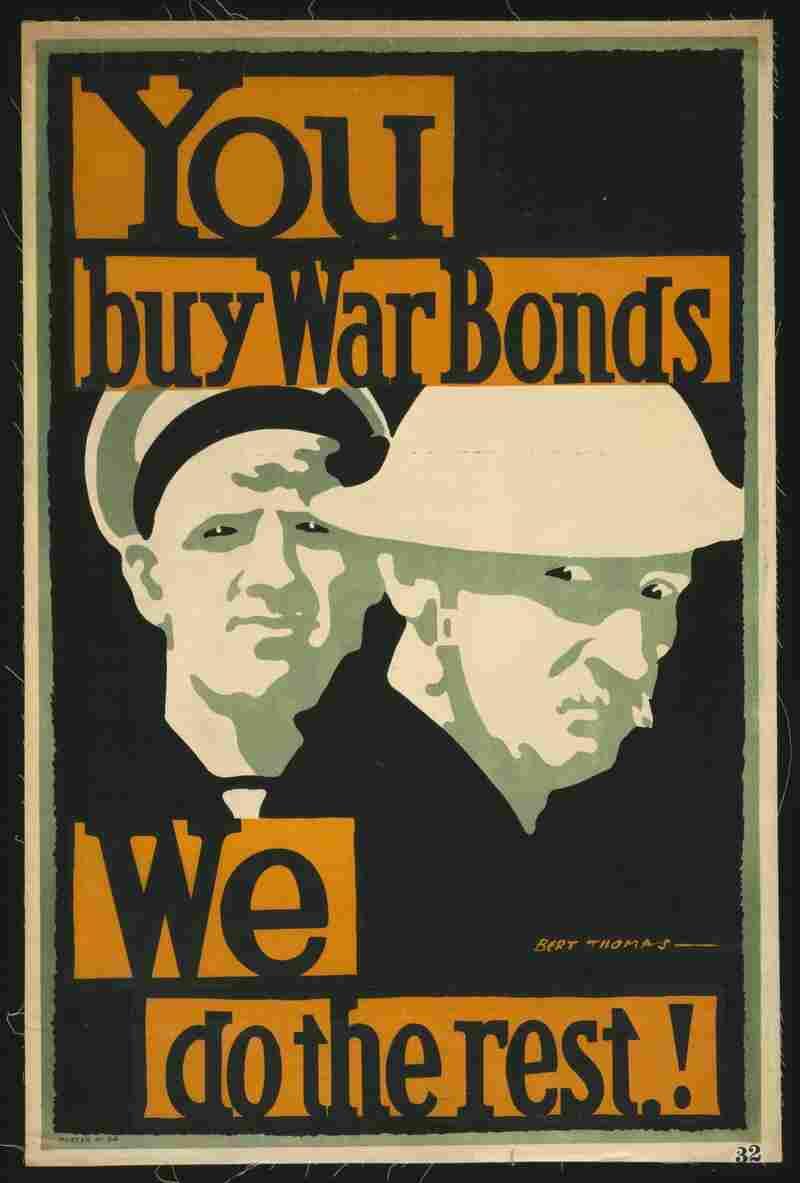 A 1915 poster urged the British public to buy war bonds. The previous year, the Bank of England had concealed the failure of the first round of bond-selling. Thomas Bert/Library of Congress hide caption 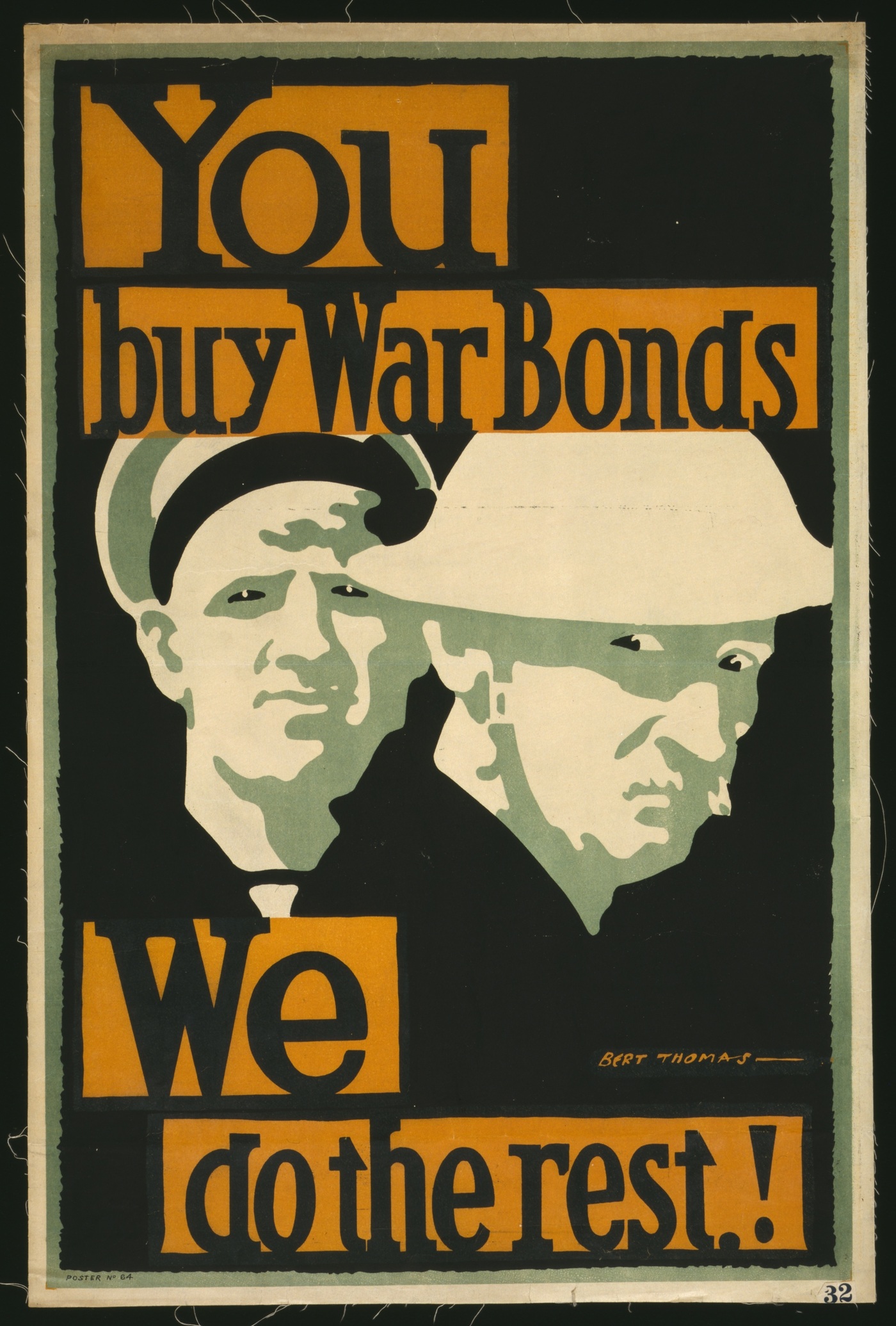 A 1915 poster urged the British public to buy war bonds. The previous year, the Bank of England had concealed the failure of the first round of bond-selling.

On Nov. 23, 1914, the Financial Times ran a piece about the wild success of British efforts to fund World War I.

War Loans were "oversubscribed," the paper said; applications were "pouring in"; the public "has offered the Government every penny it asked for — and more." The "amazing result" showed "how strong is the financial position of the British nation."

"We are now happy to make clear that none of the above was true," the FT wrote.

The announcement came after researchers at the Bank of England, poring over aged ledgers, exposed a 103-year-old cover-up.

It turns out the first British effort to fund-raise for the war by selling bonds was not, in fact, wildly successful. It was "a spectacular failure," the researchers wrote on a blog for Bank of England employees.

The government wanted to raise £350 million, but brought in less than a third of that. Officials worried that revealing the shortfall would hurt future capital-raising efforts, and help Germany.

So instead of allowing the disappointing truth to come out, the Bank of England secretly funneled money to hide the gap.

The cover-up was uncovered by an employee at the bank's archive, along with a PhD. student and two faculty members at the Queen Mary University of London. They describe what they found in the old ledgers:

"To cover its tracks, the Bank made advances to its chief cashier, Gordon Nairn, and his deputy, Ernest Harvey, who then purchased the securities in their own names with the bonds then held by the Bank of England on its balance sheet. To hide the fact that the Bank was forced to step in, the bonds were classified as holdings of 'Other Securities' in the Bank of England's balance sheet rather than as holdings of Government Securities."

John Maynard Keynes, the economist who famously advocated for public spending to stimulate economies during recession, knew about the deception, the researchers say. In a memo marked "Secret" he called it "a masterly manipulation," while also warning that it was not sustainable in the long run.

But it wasn't the last time the Bank of England drew on its own reserves to fund the war, the researchers write: "The long-held laissez-faire principles of the Liberal and Conservative parties were thus sacrificed to raise the capital upon which the War's outcome depended."

The shock of the failed bonds sale, and the subterfuge that followed, drew attention to the complexity of the national debt and contributed to the eventual transition of the Bank of England from privately owned to centrally owned, the researchers suggest.

The Financial Times, for its part, notes that the original "piece" looks more like an ad than an article, while acknowledging that the publication "played a role in convincing the public that the sale was a success."

Along with its correction, the paper adds this note:

"The same edition of the paper also demonstrated a good understanding of the FT's readership, noting with 'interest' and 'encouragement' that champagne production had not been affected by the Great War effort."

For the record, all of NPR's corrections can be found here.