Accessibility links
Trump Says U.S. Will Meet North Korean Threats With 'Fire And Fury' : The Two-Way The president's remarks, made during a meeting while he is on a "working vacation" in New Jersey, follow similar remarks by North Korea a day earlier. 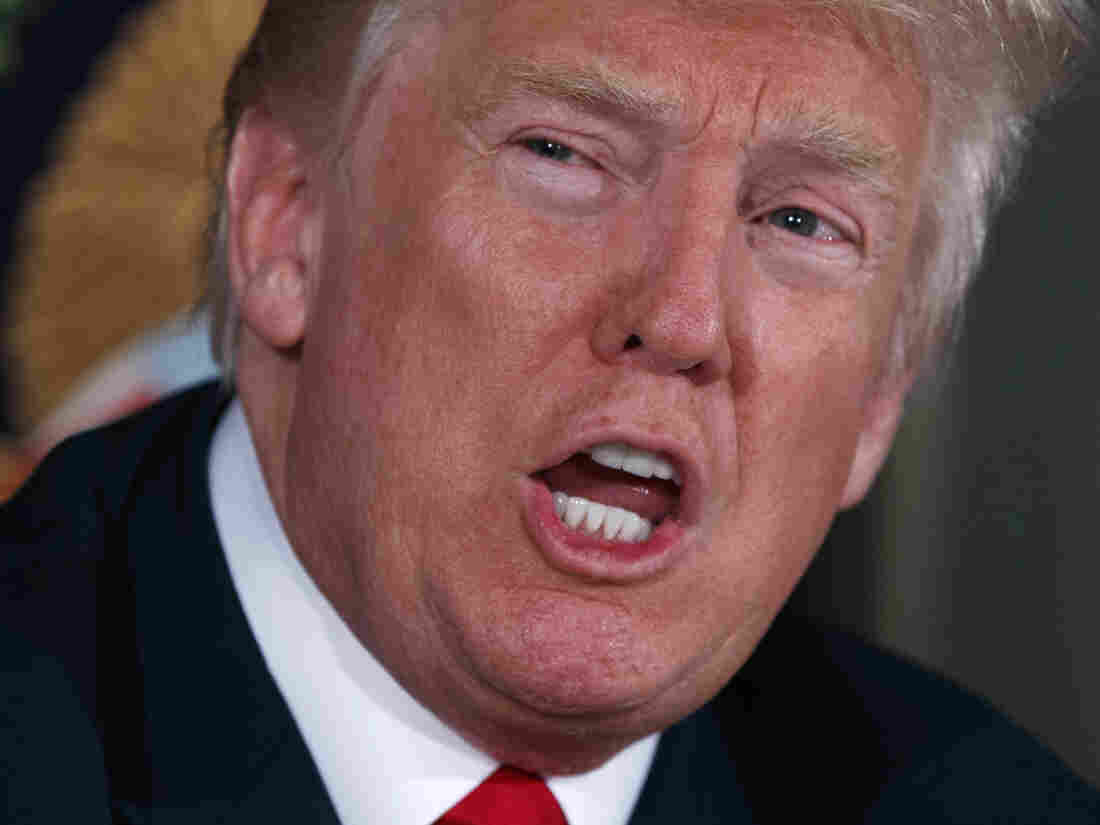 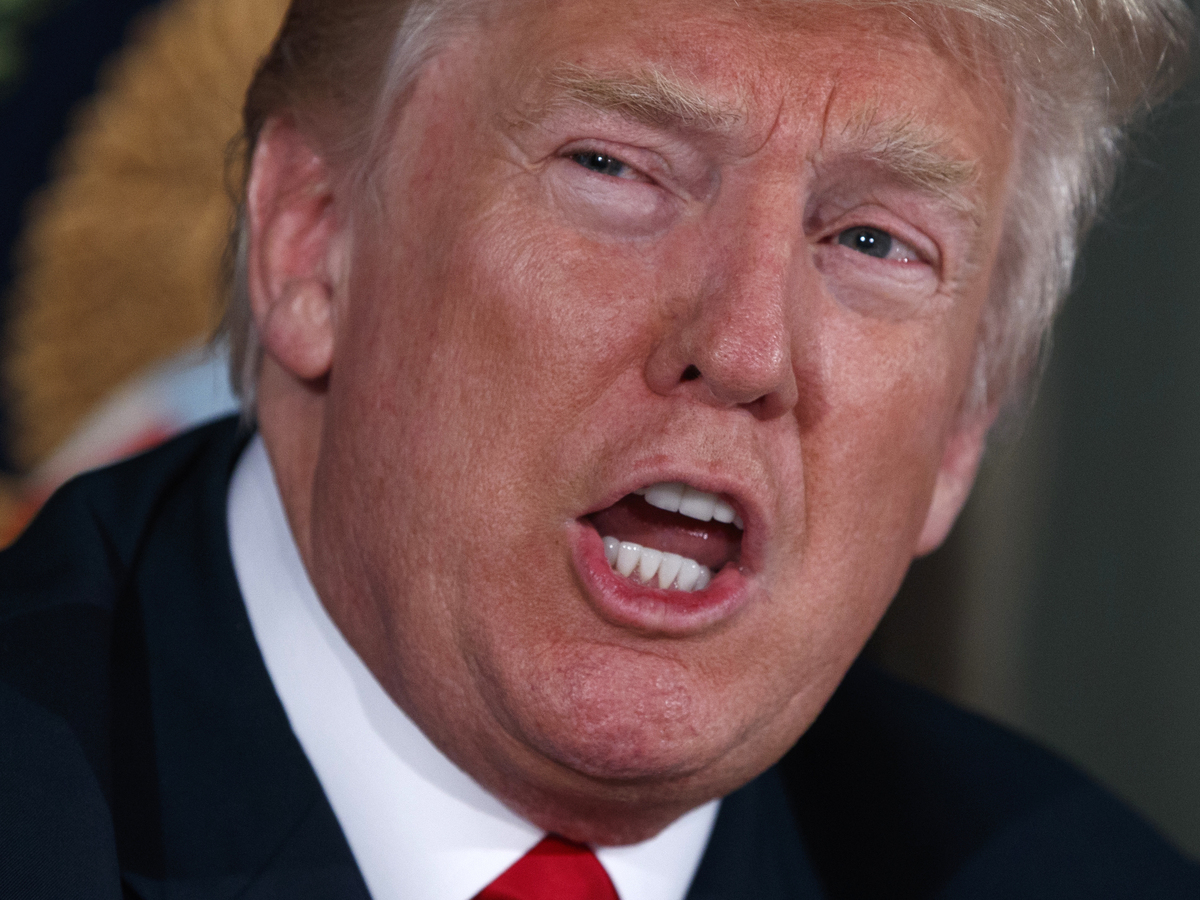 President Trump talks about North Korea during a briefing on the opioid crisis Tuesday at the Trump National Golf Club in Bedminster, N.J.

President Trump on Tuesday threatened to meet North Korea with "fire and fury" a day after Pyongyang said it was ready with "ultimate measures" in response to new U.N. sanctions pushed by Washington.

"North Korea best not make any more threats to the United States," the president warned at a meeting on the opioid crisis held at Bedminster, N.J., where he is on an extended working vacation.

Hours later, North Korea responded to the latest remarks by Trump by saying it was "carefully examining" a plan to strike the U.S. territory of Guam. The state-run KCNA news agency said a strike plan the Pacific island would be "put into practice in a multi-current and consecutive way any moment" pending Kim's decision.

Speaking to NBC News, Sen. John McCain, R-Ariz., said of the president's remarks, "That kind of rhetoric, I'm not sure that helps. I don't know what he's saying and I've long ago given up trying to interpret what he says."

"The United States must quickly engage North Korea in a high-level dialogue without preconditions," Feinstein said in a statement.

Sen. Ben Cardin, D-Md., the Ranking Member on the Senate Foreign Relations Committee, called the remarks "not helpful" and said the president "lacks the temperament and judgement to deal with the serious crisis the United States confronts."

The latest tit-for-tat between Washington and Pyongyang come on the same day as a report in The Washington Post that says U.S. intelligence officials have concluded that North Korea has perfected a miniaturized nuclear warhead capable of being fitted atop its ballistic missiles.

The U.N. Security Council unanimously approved sanctions over the weekend aimed at punishing North Korea for its recent tests of intercontinental ballistic missiles. The measures would block about $1 billion — or about one-third from North Korean exports.

As NPR's Merrit Kennedy reported Monday, North Korea reacted angrily to the sanctions, saying it would "balance the U.S.'s felonious crime" with "something thousands of times worse."

"If the U.S. does not retract its attempt to crush us to death and behave prudently, we will be ready and not hesitate to take ultimate measures," Pyongyang said in a statement published by the state-run KCNA news agency.

In July, North Korea conducted two successful launches of an ICBM, known as Hwasong-14, which is believed to be capable of reaching the west coast of the continental United States.

A previous version of this story referred to Maryland Sen. Ben Cardin as a Republican. He is a Democrat.