Accessibility links
PHOTOS: A 'Massive' Wildfire Is Now Blazing In Greenland : The Two-Way NASA satellites detected the blaze just over a week ago. Since then, the rare wildfire in western Greenland has continued to burn through a region far better known for its ice and snow. 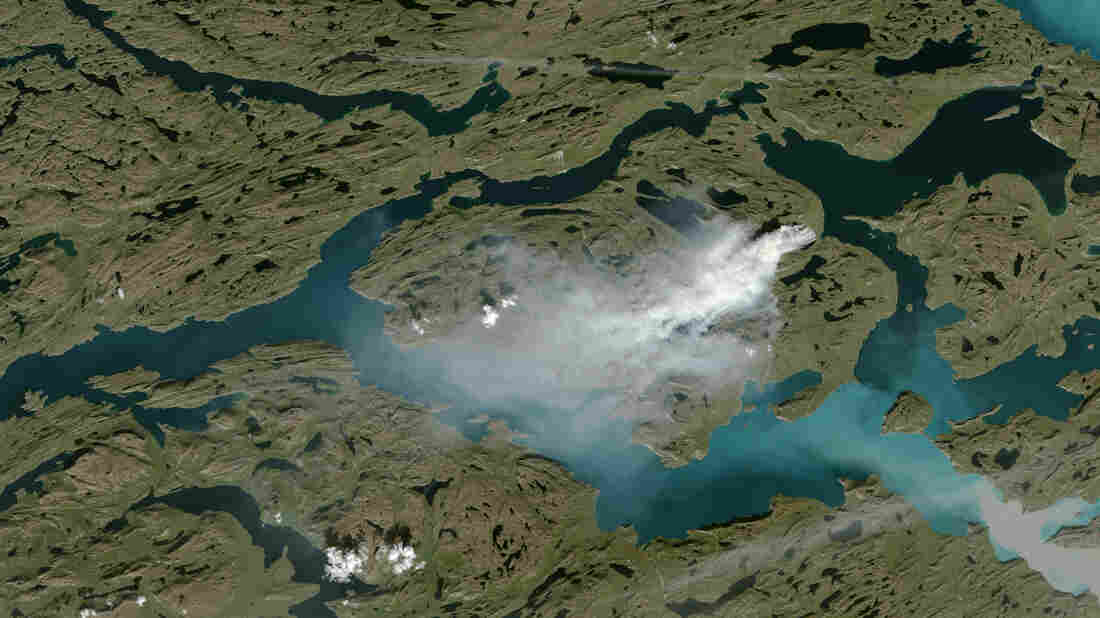 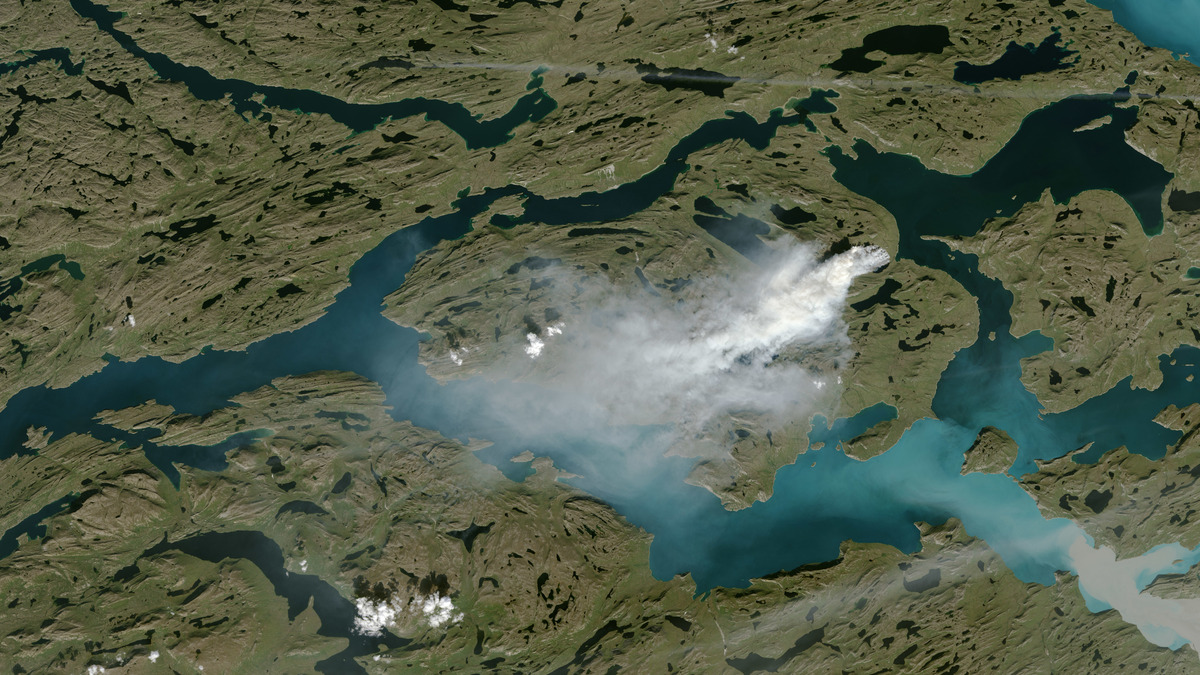 This satellite photograph depicts the wildfire raging in Greenland, as seen from space last week.

In a region better known for its ice and snow, it's a fire that now has scientists struggling to learn more. Since at least the end of last month, a stretch of land in western Greenland has been alight with a "sizable wildfire," NASA says.

The agency's European counterpart, the ESA, was a little more emotive in a recent tweet sharing imagery from one of its satellites: "This Sentinel-2 image of Greenland shows [a] massive forest fire," the ESA tweeted. "Yes it is Greenland."

The fire is burning roughly 90 miles northeast of Sisimiut, a town of about 5,500 that rests on the island's west coast, according to NASA. Citing local reports, the publication Climate Central reports the fire observed by the agency consists of a series of blazes — the largest of which is about 3,000 acres.

Researcher Stef Lhermitte of the Netherlands' Delft University of Technology strung together a week of images of the fire, as seen from space.

"These fires appear to be peatland fires, as there are low grass, some shrub, and lots of rocks on the western edge of the Greenland Ice Sheet," Jessica L. McCarty of Miami University told Wildfire Today.

"It's carbon that has accumulated over several thousands of years," one researcher told the paper last year. "If it were to be released, the global CO2 concentration would be much higher."

NASA notes the fire, while not unprecedented in Greenland, still makes for an "unusual event" on an island mostly covered by ice. The agency points to an analysis pulled together by Lhermitte, who demonstrates that NASA satellites have detected an "exceptional" number of wildfires in 2017.

To wrap up: wildfires have occurred in the past over Greenland but 2017 is exceptional in number of active fire detections by MODIS pic.twitter.com/2HGaVieTEe

It remains unclear what triggered the blaze or how long it will last, but satellites from both NASA and the ESA continue to watch it burn from space. 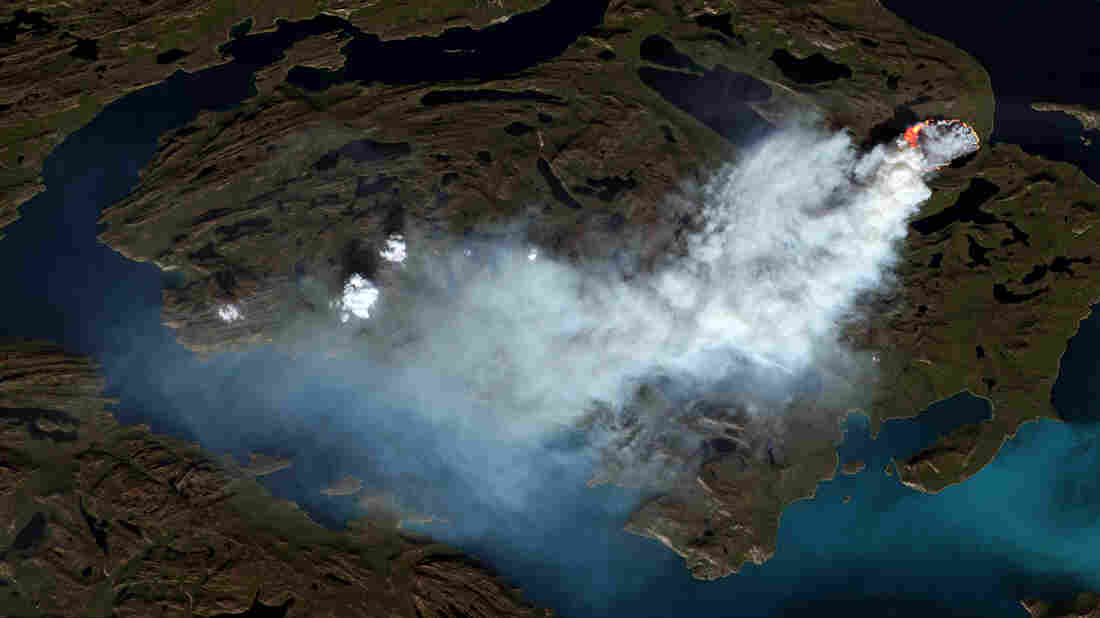 The fire in Greenland, as seen last week by the ESA's Copernicus Sentinel-2 and processed by researcher Pierre Markuse. Pierre Markuse/Flicker hide caption 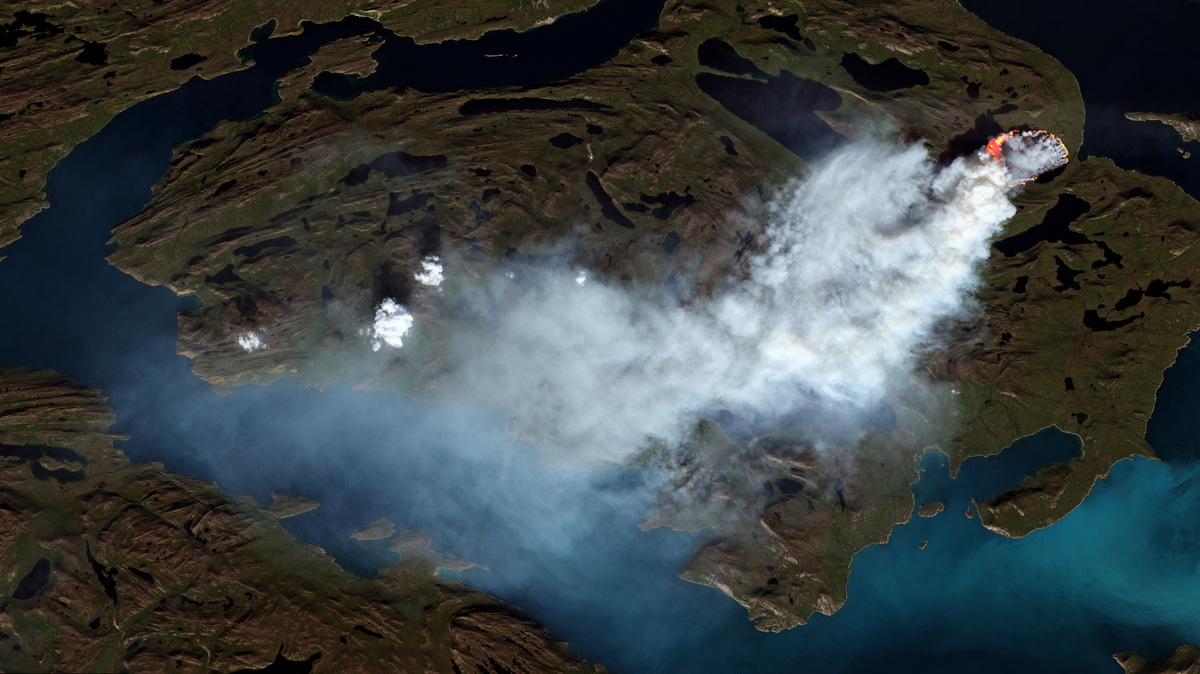 The fire in Greenland, as seen last week by the ESA's Copernicus Sentinel-2 and processed by researcher Pierre Markuse.