Accessibility links
North Korea Reportedly Capable Of Making Nuclear-Tipped Missiles : The Two-Way According to a report in The Washington Post that quotes unnamed intelligence officials, Pyongyang is believed to have perfected the ability to produce nuclear warheads for its ballistic missiles. 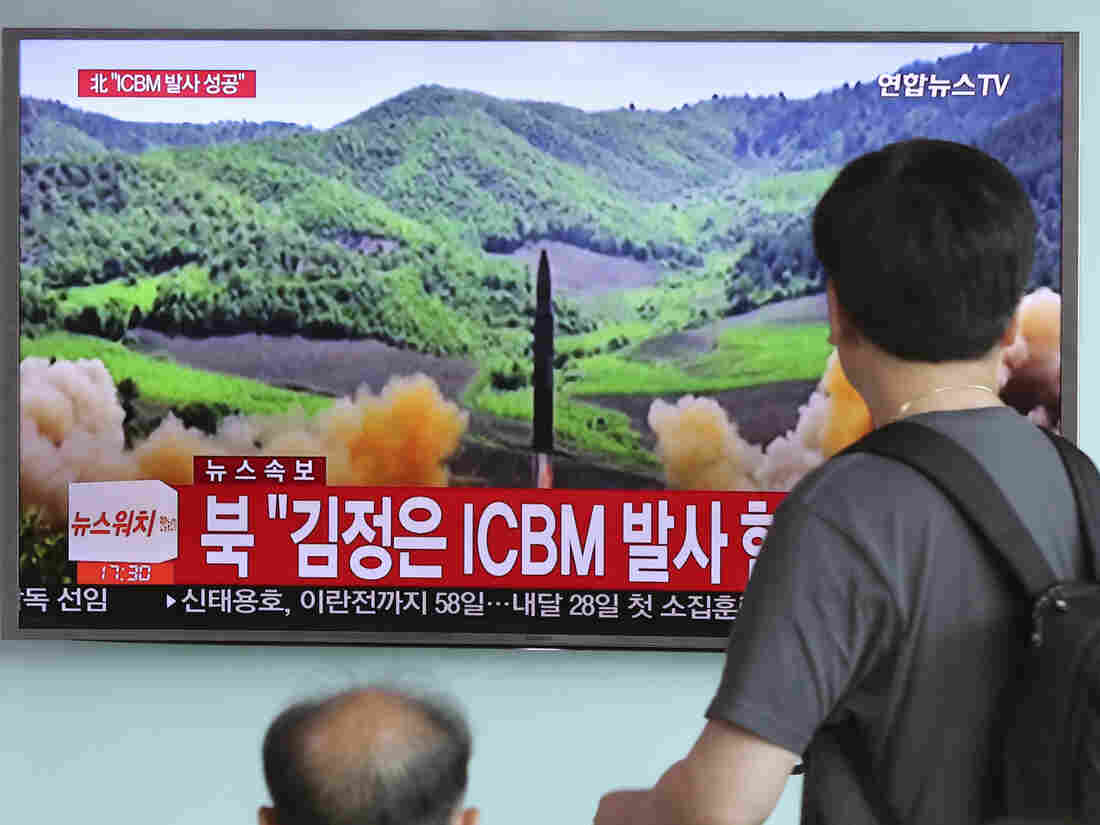 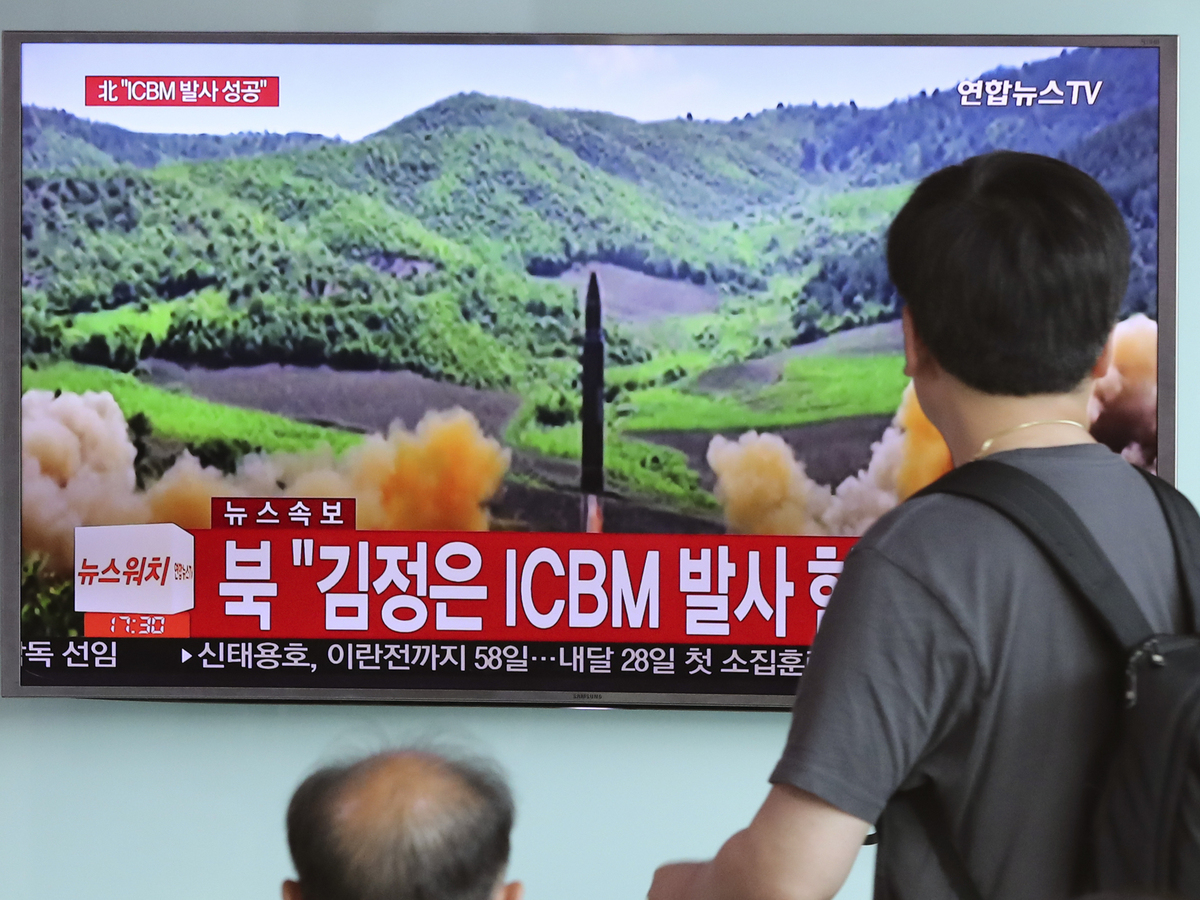 U.S. intelligence analysts say North Korea has developed a warhead that fits on its ballistic missiles, including an intercontinental ballistic missile capable of reaching U.S. territory, according to The Washington Post.

The Post writes: "The new analysis completed last month by the Defense Intelligence Agency comes on the heels of another intelligence assessment that sharply raises the official estimate for the total number of bombs in the communist country's atomic arsenal. The U.S. calculated last month that up to 60 nuclear weapons are now controlled by North Korean leader Kim Jong Un. Some independent experts believe the number of bombs is much smaller."

While the latest report assumes significance in the current climate of heightened tensions between the U.S. and North Korea, it represents only more certainty over previous assessments. Four years ago, for example, the DIA said it believed with "moderate confidence" that North Korea had mastered nuclear warhead technology.

Since North Korea has conducted multiple tests of both nuclear weapons and ballistic missiles, the basic components for a nuclear-tipped ICBM were already known to exist. As NPR's Geoff Brumfiel reports on All Things Considered, the technology hurdle for Pyongyang is to produce a relatively small, lightweight weapon that North Korean missiles are capable of getting to a target.

To build a nuclear weapon, Brumfiel says, you start with a lot of conventional explosives that trigger the nuclear chain reaction.

That is apparently what North Korean scientists and engineers have managed to accomplish. And Pyongyang has made no secret of its apparent accomplishments. In 2016, Kim Jong Un was photographed next to what is believed to have been a model for a small nuclear device, nicknamed the "disco ball," by Western observers.

Why Analysts Aren't Laughing At These Silly North Korean Photos

However, Brumfiel says the best pieces of evidence are the nuclear tests themselves.