Accessibility links
Trump's Childhood Home Fit For Queens Now Available For $725 A Night : The Two-Way Anyone who wants to stay in Trump's boyhood home now has the opportunity through the short-term rental site Airbnb. 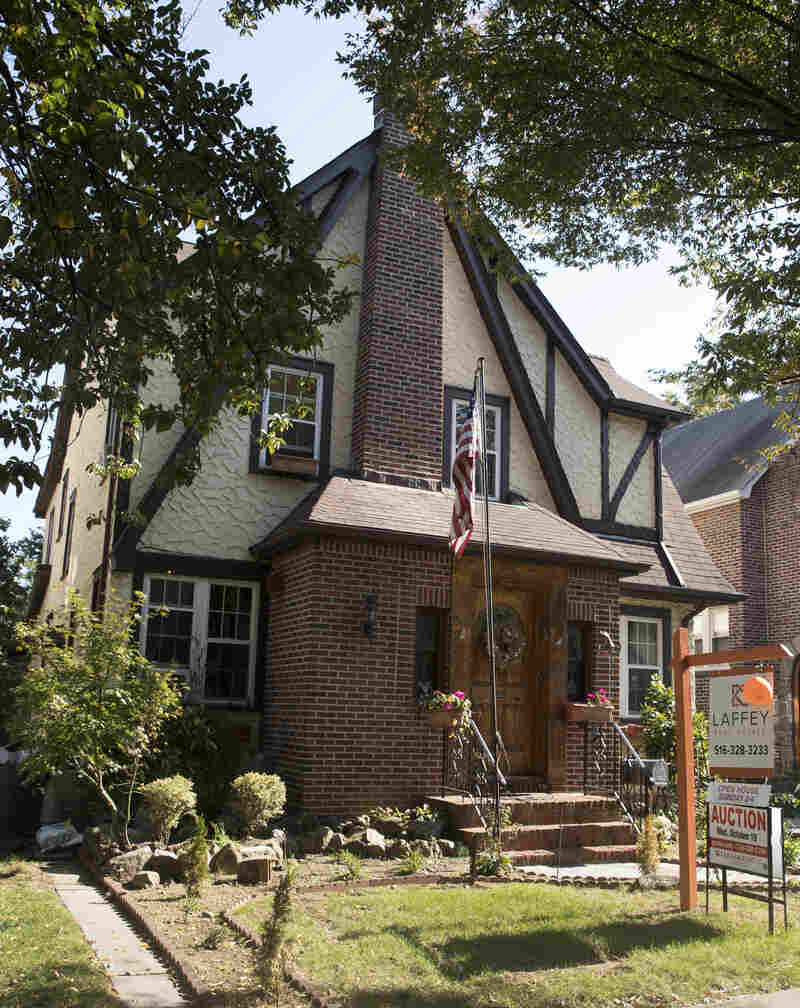 President Trump's childhood home in the Jamaica Estates neighborhood of Queens N.Y., sold at auction in March and is now available for short-term rental on Airbnb. Mary Altaffer/AP hide caption 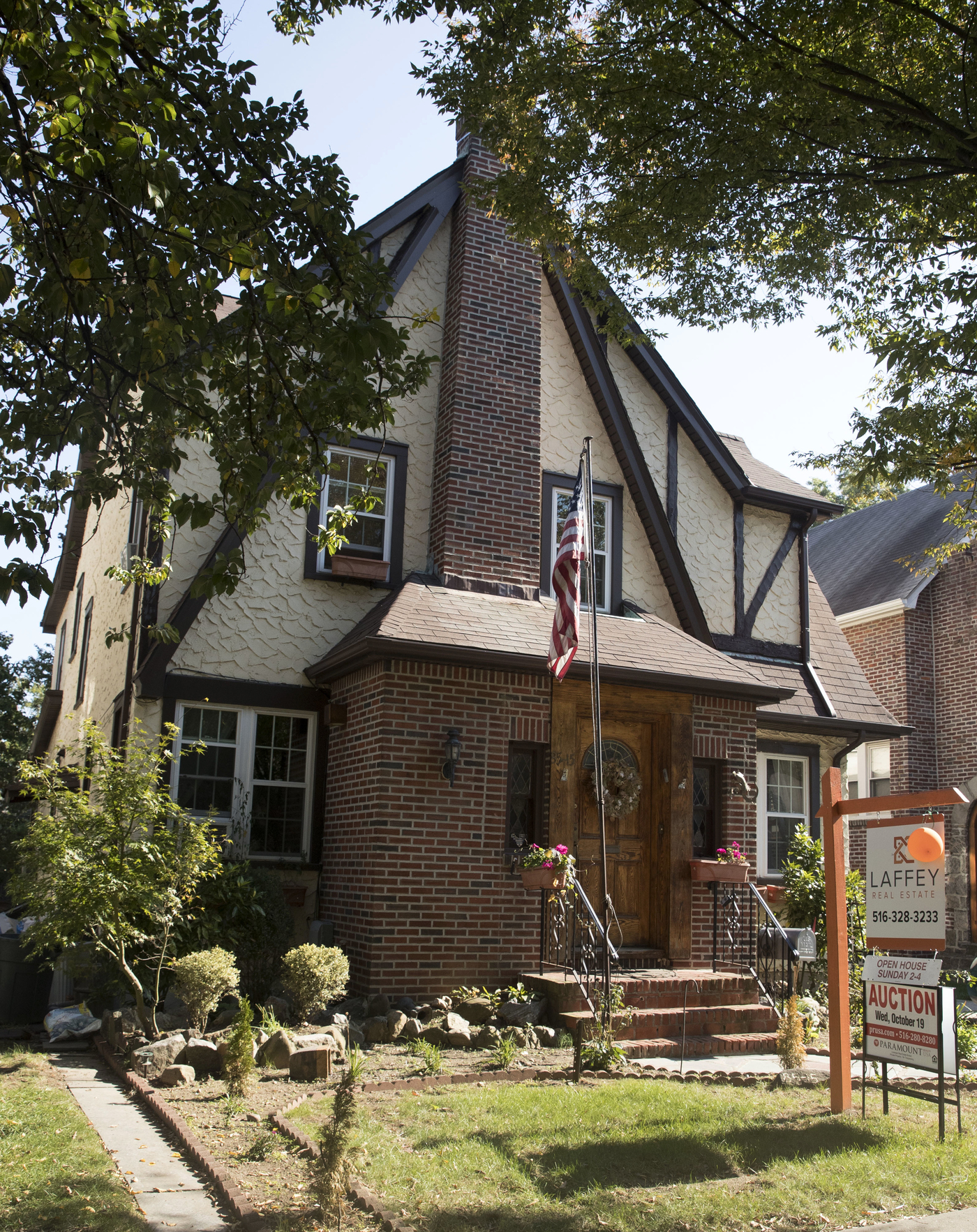 President Trump's childhood home in the Jamaica Estates neighborhood of Queens N.Y., sold at auction in March and is now available for short-term rental on Airbnb.

Since spending his earliest years in a five-bedroom Tudor-style home in Queens, N.Y., President Trump now occupies far fancier digs. But for those who want an inside look at where it all began, Trump's childhood home is now available for rent on Airbnb.

"In 1946, Donald Trump was born to Fred and Mary Trump, and brought home to Jamaica Estates. Here they lived," the listing says.

Starting at $725 a night, the listing is clearly aimed at those seeking authenticity over modernity, with the promise of a 1940s-era kitchen.

"Not much has been changed since the Trumps lived here, the kitchen is original and the opulent furnishings represent the style and affluence in which the Trumps would have lived," the listing says.

Trump's father, Fred, also a real-estate developer, built the home in the wealthy enclave of Jamaica Estates in 1940, reports The New York Times. Donald Trump lived there from birth until the age of 4, when his family moved on to a bigger home.

In March, two month's after the president's inauguration, the house sold at auction for $2.14 million — more than double the price of comparable homes in the area.

A limited liability corporation called Trump Birth House bought the house, allowing the purchaser to keep his or her identity secret, reports The Times.

But the buyer — or somebody representing the buyer — would apparently be housemates with Airbnb guests.

"Guest have access to the entire house but should note that I live in one of the bedrooms which will not be accessible to you during your stay," the listing says.

It goes on to say the house sleeps up to 20 guests and is outfitted with Internet and cable.

And in case prospective renters need an added incentive, the listing promises, "There is a giant cut out of Donald in the Living Room, he is a great companion for watching Fox News late into the night."

At last check the house had a smattering of bookings but was completely available from Sept. 26 onward.