Accessibility links
Belgian And Dutch Officials Point Fingers Amid Egg Contamination Scare : The Two-Way Millions of eggs have been recalled in European countries afraid they've been contaminated with insecticide. Who is to blame, though? That question is now a matter of international discord. 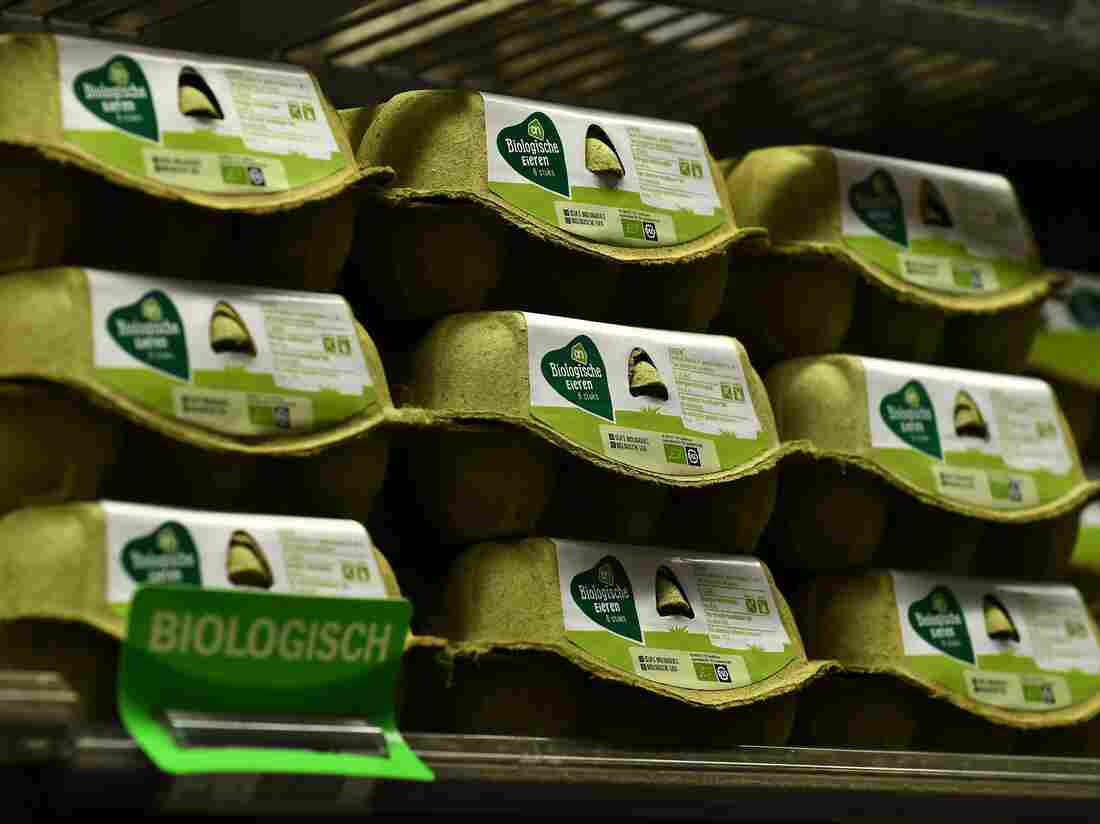 Eggs are being progressively reintroduced in Dutch markets, including this one in Alkmaar, after a contamination scare prompted supermarkets in several European countries to pull their supplies of eggs. John Thys/AFP/Getty Images hide caption 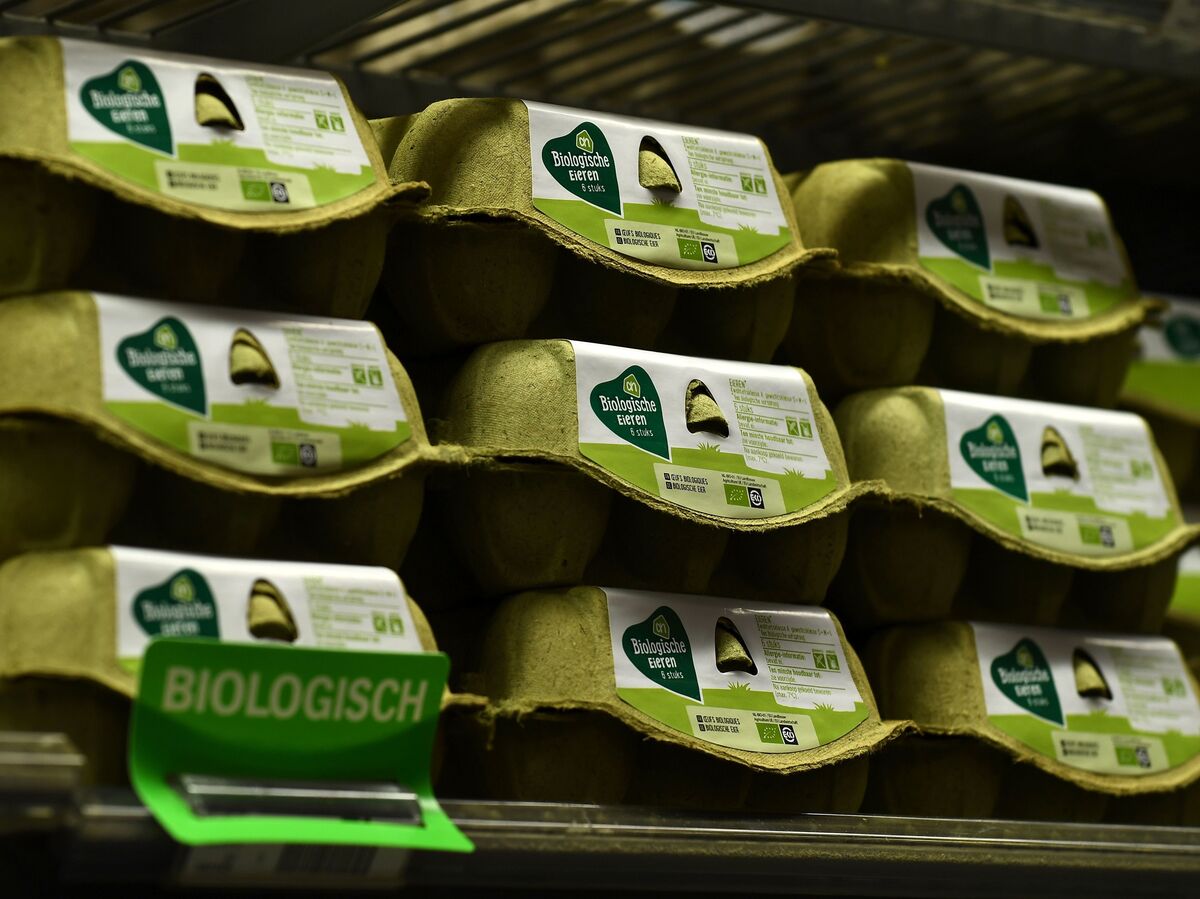 Eggs are being progressively reintroduced in Dutch markets, including this one in Alkmaar, after a contamination scare prompted supermarkets in several European countries to pull their supplies of eggs.

One thing, at least, is not in dispute: Supermarkets in several countries across Europe have pulled eggs from their shelves for fear they were contaminated with Fipronil, an insecticide that's typically used to kill lice and ticks — and that has the potential to harm humans. The contamination became a public scandal earlier this month.

That's about where the agreement ends, however.

At an emergency parliamentary hearing Wednesday, Belgian Agriculture Minister Denis Ducarme placed the blame for the contamination with the Netherlands. The minister told lawmakers that Dutch authorities had been aware of the contamination since last November and failed to alert others.

"When a country like the Netherlands, one of the world's biggest exporters of eggs, does not pass on this kind of information, that is a real problem," Ducarme said, according to The Guardian.

"If we had seen this information communicated to our respective agencies, vigilance concerning Fipronil would have been greatly increased," Ducarme added.

He says that after Belgian officials discovered traces of Fipronil in June, they addressed their concerns to their Dutch counterparts — and had to wait a full month for a reply.

"One month," Ducarme said. "One month without the slightest information from the Dutch agency."

The head of that agency quickly disputed this account, though.

Rob van Lint, inspector general of the Dutch food watchdog NVWA, released a statement acknowledging the group had received an "anonymous tip-off" in November that Fipronil had been used in a cleaning agent on some poultry farms. As NPR's Merrit Kennedy noted, the chemical is "banned from use with animals used to produce food for humans."

But "at that time there was no indication of an acute danger to food safety," van Lint said. "There was not a single indication that Fipronil could also be present in eggs."

In other words, he said: "The allegations that we knew about Fipronil in eggs in November 2016 are untrue."

Dutch and Belgian investigators believe they've identified two companies at the heart of the problem, the BBC reports — but for now, fears remain that the contaminated eggs have spread beyond the two countries and Germany, where a major supermarket chain pulled all of its eggs last week.

Food safety agencies in the U.K., France, Switzerland and Sweden have also been alerted to the risk.

For now, though, the European Commission's head of health and food safety is striking a neutral tone in the dispute.

Vytenis Andriukaitis is "committed & determined to make every effort to enhance the transparency, coordination and cooperation between Member States," he tweeted Wednesday. It is of "utmost importance such criminal activity on European level is fully disclosed, penalties applied for those who perpetrate it."