Accessibility links
Transgender Service Members Sue Over Planned Ban On Trans People In Military : The Two-Way The five service members argue that the directive — announced via Trump tweet — is destabilizing and harmful. The policy hasn't been enacted by the Pentagon while it waits for White House guidance. 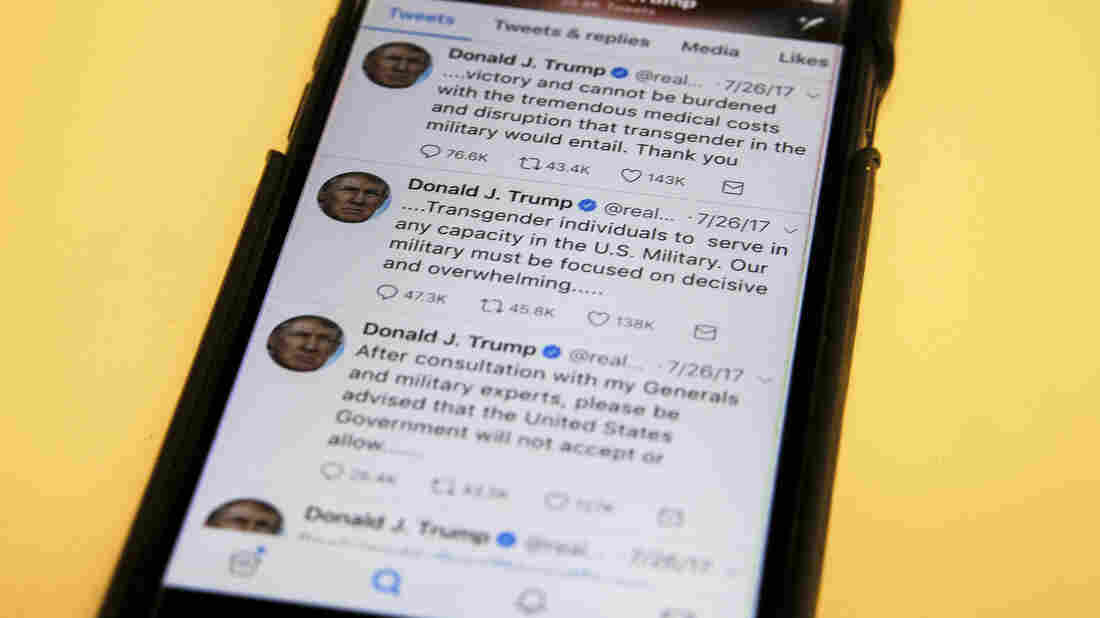 On Twitter on July 26, President Trump declared that transgender individuals would not be allowed to serve in the military, contrary to a policy announced by the Pentagon last year. Now 5 trans service members have sued over the announcement. J. David Ake/AP hide caption 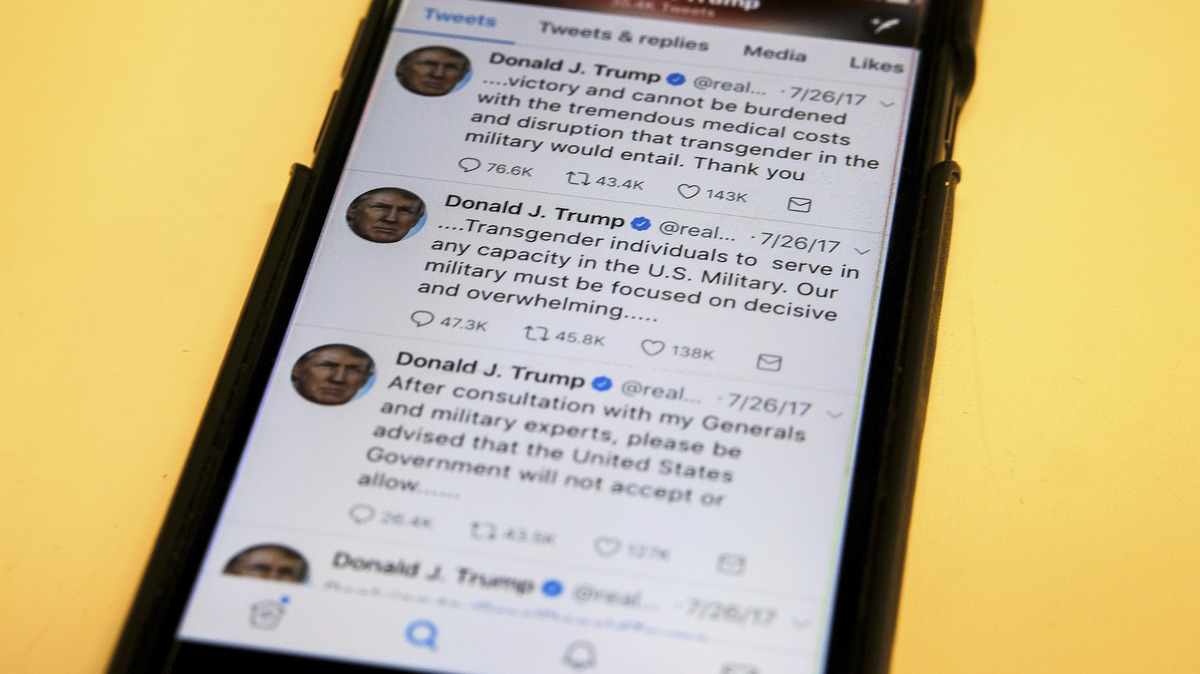 On Twitter on July 26, President Trump declared that transgender individuals would not be allowed to serve in the military, contrary to a policy announced by the Pentagon last year. Now 5 trans service members have sued over the announcement.

Trump's tweets have not yet been translated into a change in policy — the Department of Defense says it is "awaiting formal guidance from the White House." However, after the announcement the Pentagon did decide to defer the enlistment of new transgender members of the military until Jan. 1, 2018.

Meanwhile, the trans service members suing the government — identified in their suit as Jane Does, out of fear of retribution — say that Trump's decision and proclamation have already been harmful.

Trump's tweet came more than a year after the Pentagon announced that trans people could openly serve in the military, and would not be discharged on the basis of their gender identity.

That announcement was in June 2016, after months of research and planning. "Since that time," the service members' lawsuit states, "Plaintiffs, along with thousands of servicemembers, have followed protocol in informing their chain of command that they are transgender. They did so in reliance on the United States' express promises that it would permit them to continue to serve their country openly."

If enforced, the directive will end their service, they note. Even before it's enacted, the tweets have "resulted in immediate, concrete injury to Plaintiffs by unsettling and destabilizing plaintiffs' reasonable expectation of continued service," the plaintiffs allege.

NPR's Greg Myre reports that there are several thousand transgender service members, according to estimates.

The suit, filed by GLBTQ Legal Advocates and Defenders and the National Center for Lesbian Rights, identifies Trump as the defendant as well as the secretaries of Defense, Homeland Security, the Army and the Air Force, the Chairman of the Joint Chiefs of Staff, the departments of the Army, Air Force and Coast Guard, and the United States government as a whole.

The Pentagon "had no immediate comment," The Associated Press reports.