Accessibility links
Fired At 52, Jersey Shore Lifeguard Wins Age-Discrimination Suit : The Two-Way Paul McCracken says the city he worked for raised the requirements for fitness and swimming tests as part of an effort to force out older lifeguards. 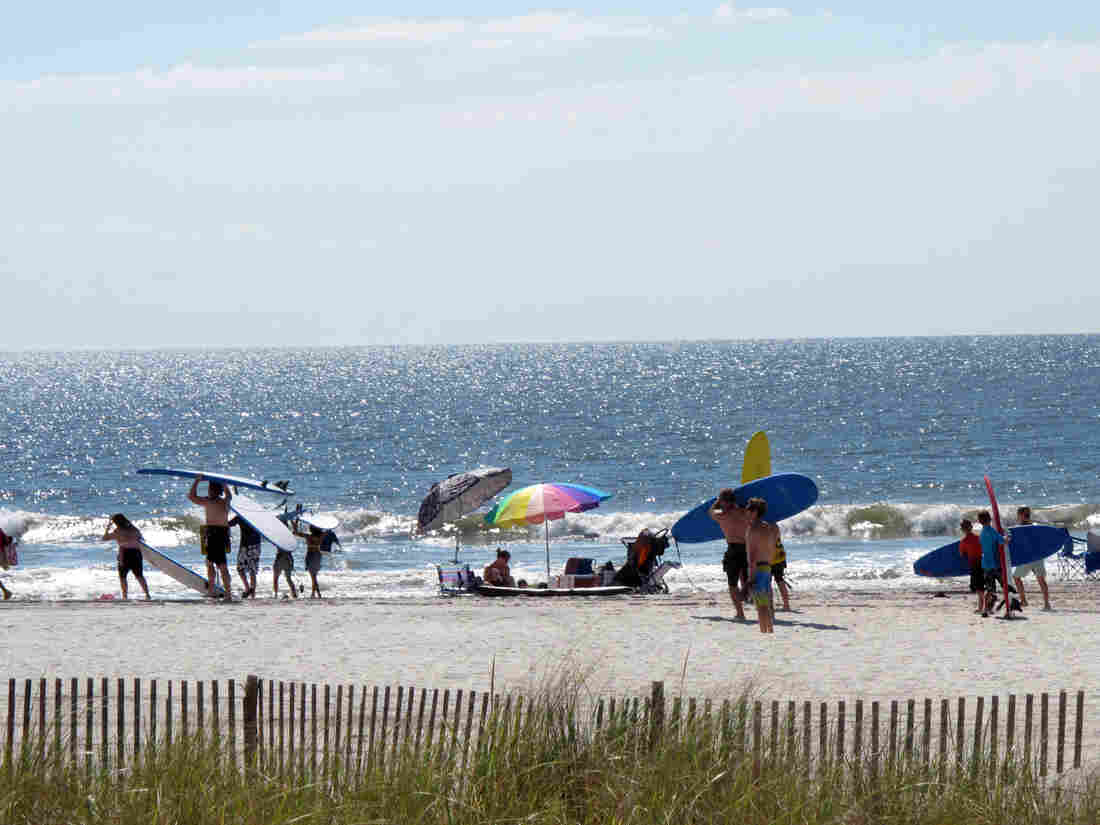 Surfers gather on the beach in Ocean City, N.J., in June of last year. A 52-year-old lifeguard who was fired by the city has won a $130,000 age-discrimination suit. Wayne Parry/AP hide caption 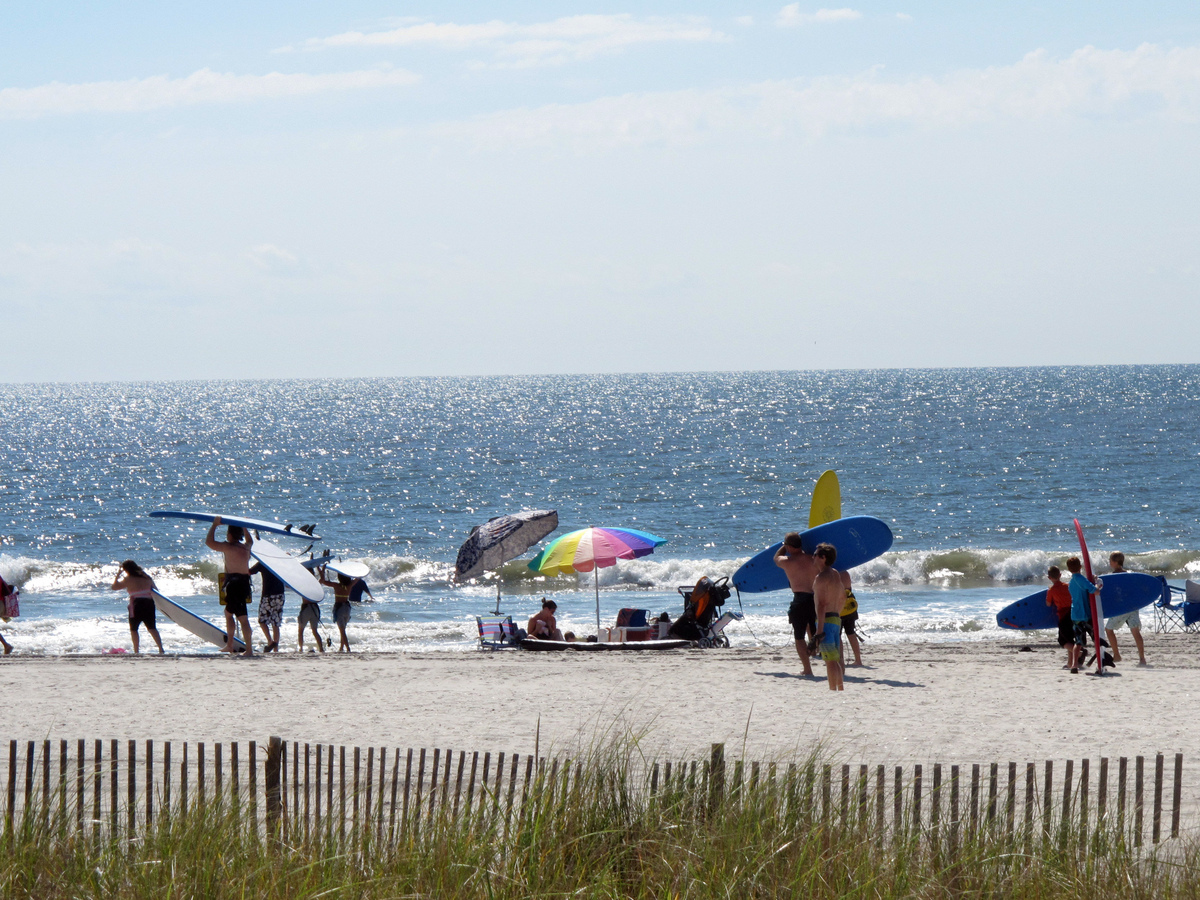 Surfers gather on the beach in Ocean City, N.J., in June of last year. A 52-year-old lifeguard who was fired by the city has won a $130,000 age-discrimination suit.

A lifeguard who sued a New Jersey beach municipality for age discrimination after he was fired at age 52 has won a nearly $130,000 jury award.

Paul McCracken was sacked in June 2011 by Ocean City, N.J., after the physical requirements for the job were raised in what he alleged was an effort to force out older lifeguards.

McCracken said in the suit, which was filed in 2013, that he had passed the requalification fitness test but narrowly failed the tougher swimming test.

"McCracken alleged Ocean City officials required he and other administrative lifeguards to take the tests as part of a scheme to force them to retire or face reduced hours, which would cut their salaries and ultimately affect their pensions.

"Before changing the requirements, a tiered system was in place in which supervisory lifeguards didn't have to complete a timed run or swim, the suit said. Bergen said the test was changed to require all guards to meet the same qualifications. The spokesman added that while McCracken was a 'senior lifeguard,' his responsibilities included working on the beach protecting swimmers."

"The supposed targeting of the older lifeguards began in 2008 when the cash-strapped city took $53,000 from the budget used to pay senior lifeguards and transferred it to the fire department. The city then cut the hours for senior lifeguards, forcing them to retire so they could avoid taking a hit on their pensions. Pension payments are calculated using the salary paid to a worker in the years immediately before retirement."

"The city believes the plaintiff's claims are frivolous and therefore pursued a jury verdict rather than settling this case," Ocean City spokesman Doug Bergen wrote in a statement. "With all due respect to the judicial process, we disagree with this verdict."

"For obvious reasons, the city maintains that it is not good practice to employ ocean lifeguards who are unable to pass the swimming test. The same standard applies to all returning guards who work on the beach," he said.