Accessibility links
Franklin Downgraded To Tropical Storm As It Moves Across Mexico : The Two-Way The first hurricane of the 2017 Atlantic season made landfall in eastern Mexico and should break up by late Thursday or Friday. But its rains could cause intense flooding.

Franklin Downgraded To Tropical Storm As It Moves Across Mexico

Franklin Downgraded To Tropical Storm As It Moves Across Mexico 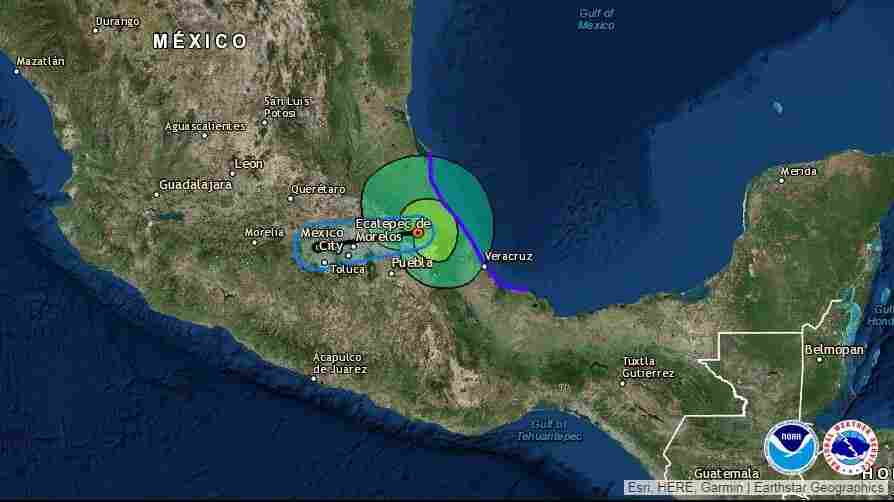 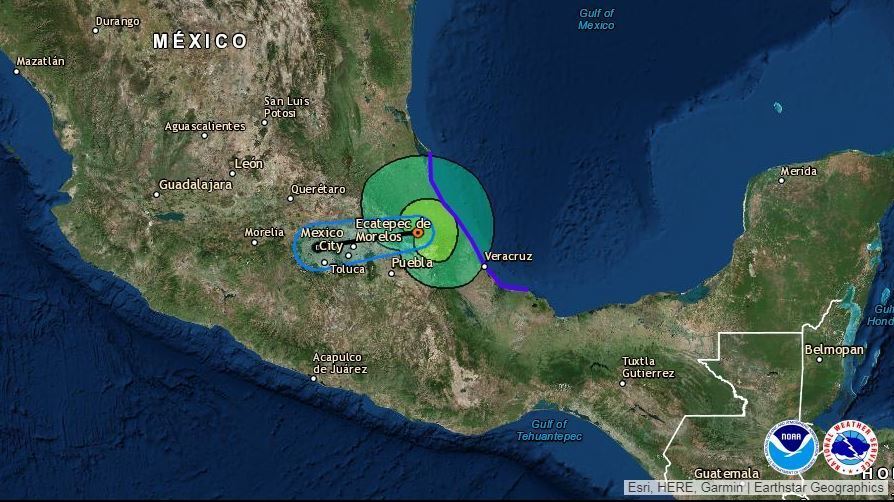 A forecast map from the National Hurricane Center shows the path of Franklin, which made landfall as a hurricane on eastern Mexico's coast early Thursday.

The first hurricane of the 2017 Atlantic season made landfall in eastern Mexico and should break up by late Thursday or Friday, forecasters say — but the storm, Franklin, still poses grave danger, with the possibility of more than a foot of rain in isolated areas.

"These rains are capable of producing life-threatening flash floods and mudslides," the National Hurricane Center says in an advisory about the storm Thursday morning.

Franklin came ashore in the Mexican state of Veracruz as a category one hurricane, with the center arriving near the town of Lechuguillas around midnight CT.

Mexico City, some 200 west of Lechuguillas, is within the diminishing storm's possible path. Forecasters say Franklin, which landed east and slightly north of the city, will likely continue to move "a little south of west near 15 mph."

Early Thursday, officials decreased the scope of a tropical storm warning along Mexico's coast to cover the area from Cabo Rojo to Roca Partida — still more than 200 miles wide.

It was the second landfall for the storm, which strengthened into a hurricane after drenching part of the Yucatan Peninsula earlier this week, as NPR's Scott Neuman reported.