Accessibility links
Trump Renews Harsh Rhetoric Against North Korea : The Two-Way Asked whether his "fire and fury" comments on North Korea went too far, the president responded that maybe they weren't "tough enough." 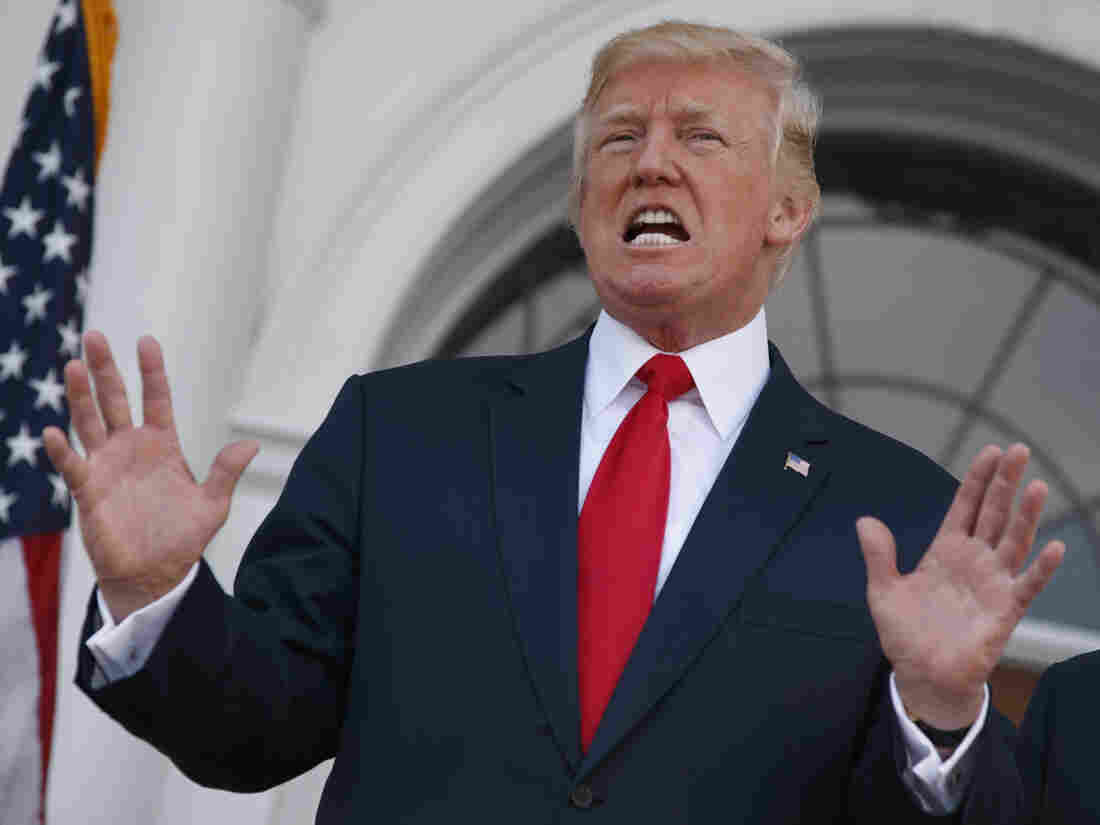 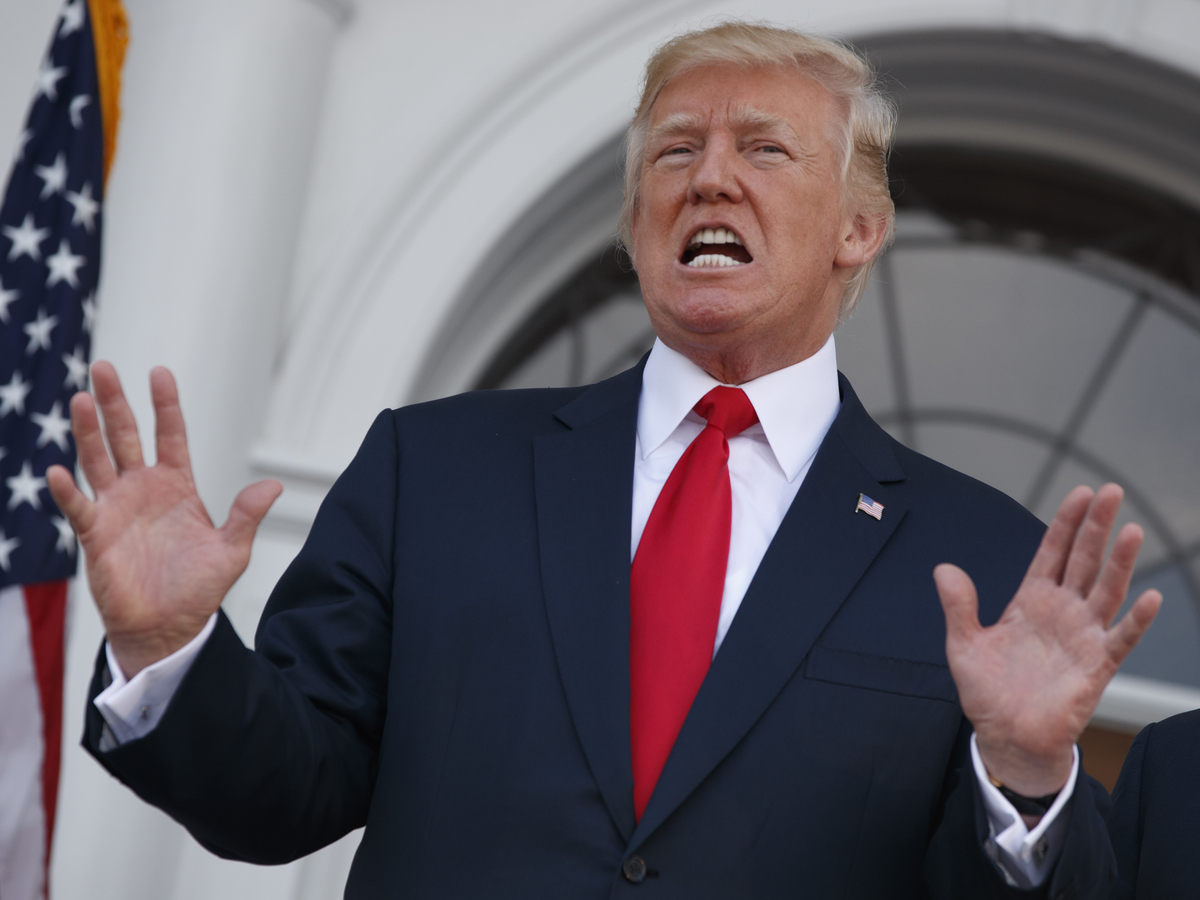 President Trump speaks to reporters before a security briefing at Trump National Golf Club in Bedminster, N.J., on Thursday.

President Trump is doubling down on his incendiary rhetoric aimed at North Korea, saying on Thursday that his promise earlier in the week to meet Pyongyang's threats with "fire and fury" might have been too soft.

"Maybe it wasn't tough enough," the president said ahead of a security briefing with Vice President Pence and other advisers. "They've been doing this for a long time, and it's about time that somebody stuck up for the people of this country and for the people of other countries."

Trump says North Korea "better get their act together or they are going to be in trouble like few nations have ever been in trouble." Pyongyang should be "very, very nervous" about any attack on the U.S. or its allies, he said.

The latest remarks come as North Korea released details of a plan to fire four of its Hwasong-12 missiles into waters near the U.S. territory of Guam, which houses 7,000 U.S. military personnel and two major U.S. bases. The trajectory of the missiles would take them over Japan, which along with South Korea has vowed a strong reaction should the North go ahead with the plan. Pyongyang's military says the plan would require approval from leader Kim Jong Un.

Following the meeting, Trump spoke again, saying "we are preparing for many different alternative events."

Kim "has disrespected our country greatly. He has said things that are horrific," the president says.

"Let's see what he does with Guam. If he does something in Guam, it will be an event the likes of which nobody's seen before, what will happen in North Korea," Trump said.

Asked to clarify, the president responded: "You'll see. You'll see. And he'll see. He will see."

A Republican member of the House Armed Services Committee, Arizona's Rep. Trent Franks, tells NPR's All Things Considered that he's confident that the U.S. Terminal High Altitude Area Defense (THAAD) system could shoot down an incoming North Korean warhead. "I think we would be able to intercept it," he says.

The president's remarks on Thursday come after days of mixed messages on North Korea from the White House. On Wednesday, Secretary of State Rex Tillerson tried to tamp down concern, saying: "I do not believe there is any imminent threat." Tillerson said Trump "was sending a strong message to North Korea in a language Kim Jong Un would understand."

But on the same day, Secretary of Defense James Mattis warned Pyongyang that it "should cease any consideration of actions that would lead to the end of its regime and the destruction of its people."

On Thursday, Mattis was asked about U.S. readiness for any conflict with North Korea and said: "We are ready."

Asked on Thursday whether there was any prospect of resuming negotiations with North Korea, State Department spokeswoman Heather Nauert told reporters that Washington "would need to know that North Korea is taking serious steps to de-escalate its nuclear program."

"The DPRK is not showing us that they are ready to sit down and talk anytime soon," she said, referring to North Korea by its abbreviation.

Nauert discussed U.S. efforts to pressure allies not to accept North Korean laborers, who she said repatriate their income not to families at home but to government coffers in Pyongyang. The money, she said, was used in part to fund the nuclear program.