Accessibility links
U.N.: More Than 600,000 Syrians Have Returned Home In 2017 : The Two-Way The U.N. migration agency says that number is comparable to the number of returns spanning the entire year in 2016. But new displacements are considerably higher than returns. 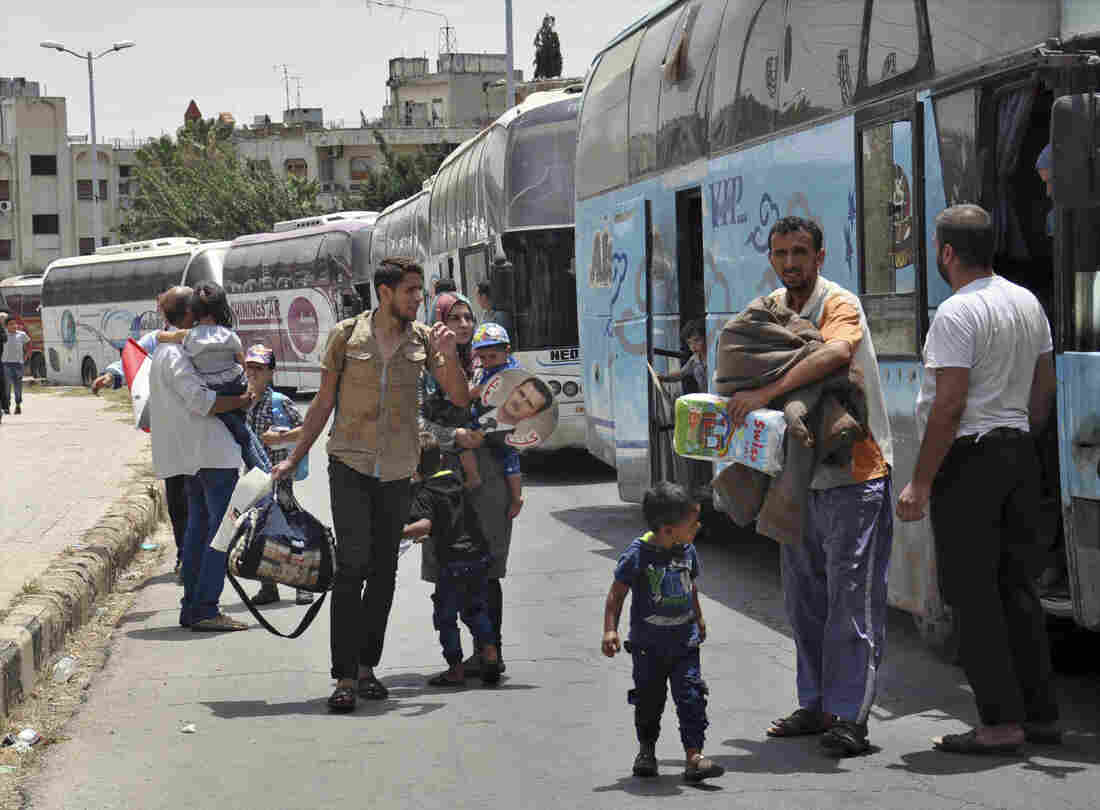 Syrians arriving last month from Jarablus, in Aleppo province, to their old neighborhood of al-Waer, in Homs, Syria. They left their homes to escape the government of Syrian President Bashar Assad, and now they are going back. AP hide caption 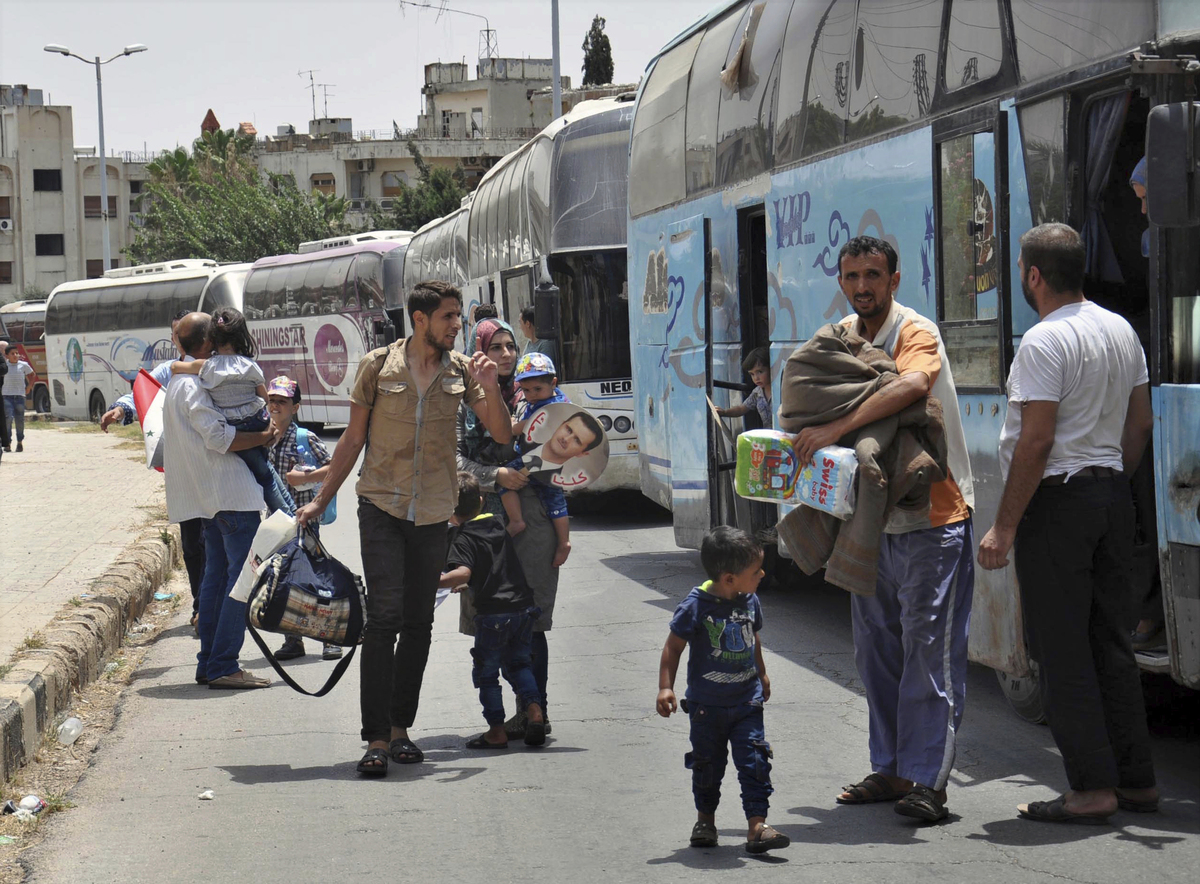 Syrians arriving last month from Jarablus, in Aleppo province, to their old neighborhood of al-Waer, in Homs, Syria. They left their homes to escape the government of Syrian President Bashar Assad, and now they are going back.

A rising number of Syrians who fled are returning to their homes, with more than 600,000 going back in the first seven months of this year, according to the International Organization for Migration.

The U.N. migration agency says that number is comparable to the number of returns spanning the entire year in 2016.

The Syrian government has been stressing that people are coming home, NPR's Ruth Sherlock reports, and state media have been posting photos and accounts of such returns.

However, it's worth noting that the rate of new displacements during the beginning of this year was significantly higher than the number of returns. According to the IOM, "an estimated 808,661 people were displaced, many for the second or third time, and over 6 million in total currently remain displaced within the country."

Most of those going home – 84 percent — were displaced within Syria. "The next highest number of people ... returned from Turkey, followed by Lebanon, Jordan and Iraq," the IOM adds.

The migration agency says that their returns "have mainly been spontaneous but not necessarily voluntary, safe or sustainable," adding that "they cannot, at present, be considered within the context of a durable solutions framework."

'I Give Up': Top War Crimes Expert Resigns From U.N.'s Syria Inquiry

Aleppo governorate saw the highest number, at 67 percent, and Aleppo city was the most common destination there. In December, government troops recaptured the parts of Aleppo city that had been held by rebels for four years, though there are still portions of the governorate that are rebel-held.

People gave many reasons for coming home, the IOM reports:

Nearly all of the returnees – 97 percent – were able to return to their own homes, with the remaining three percent living with hosts, in abandoned or rented accommodation, or in informal settlements, according to the IOM.

But the country's devastated infrastructure means that just 41 percent of returnees have access to water and and 39 percent to health services.

According to the BBC, the U.N.'s refugee agency recently "started scaling up its operations inside Syria to better address the needs of those returning home," even as it discourages people from doing so, stressing safety concerns.

And there are signs that many Syrians who fled believe they will never return. The PR firm ASDA'A Burson-Marsteller recently surveyed 400 young Syrian refugees in Jordan and Lebanon, and found that 54 percent of them think it's unlikely that they will return permanently.

Earlier this month, Ruth reported on a different kind of return. She says thousands of Syrians displaced in Lebanon returned to Syria as part of a deal after months of fighting along the border with Lebanon. But, "these are not Syrians going back to their homes," she says. Here's more:

"These are people who are being taken to Idlib, which is a province in the far north of the country. Most of them have never been there before. But it's a move that's being encouraged by the regime and its allies.

"So what's happening is that as the government tries to consolidate control over parts of Syria, it's offering people who fought with the opposition this sort of option to go to this part of the country because that part is still rebel-held."