Accessibility links
Kenya's Raila Odinga Defies Calls To Concede To Uhuru Kenyatta, Urging Supporters To Boycott : The Two-Way Opposition leader Raila Odinga continues to reject results that handed President Uhuru Kenyatta re-election. "There is no work until Tuesday, when we will announce the next step," Odinga said Sunday. 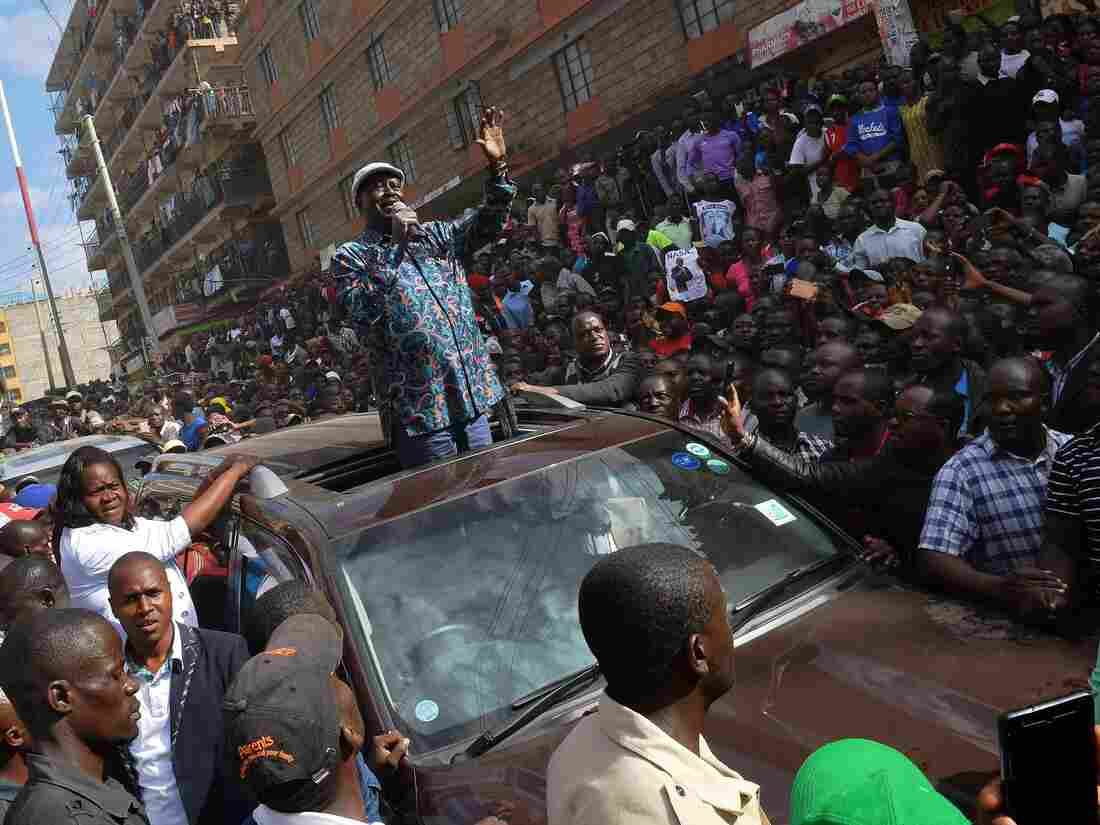 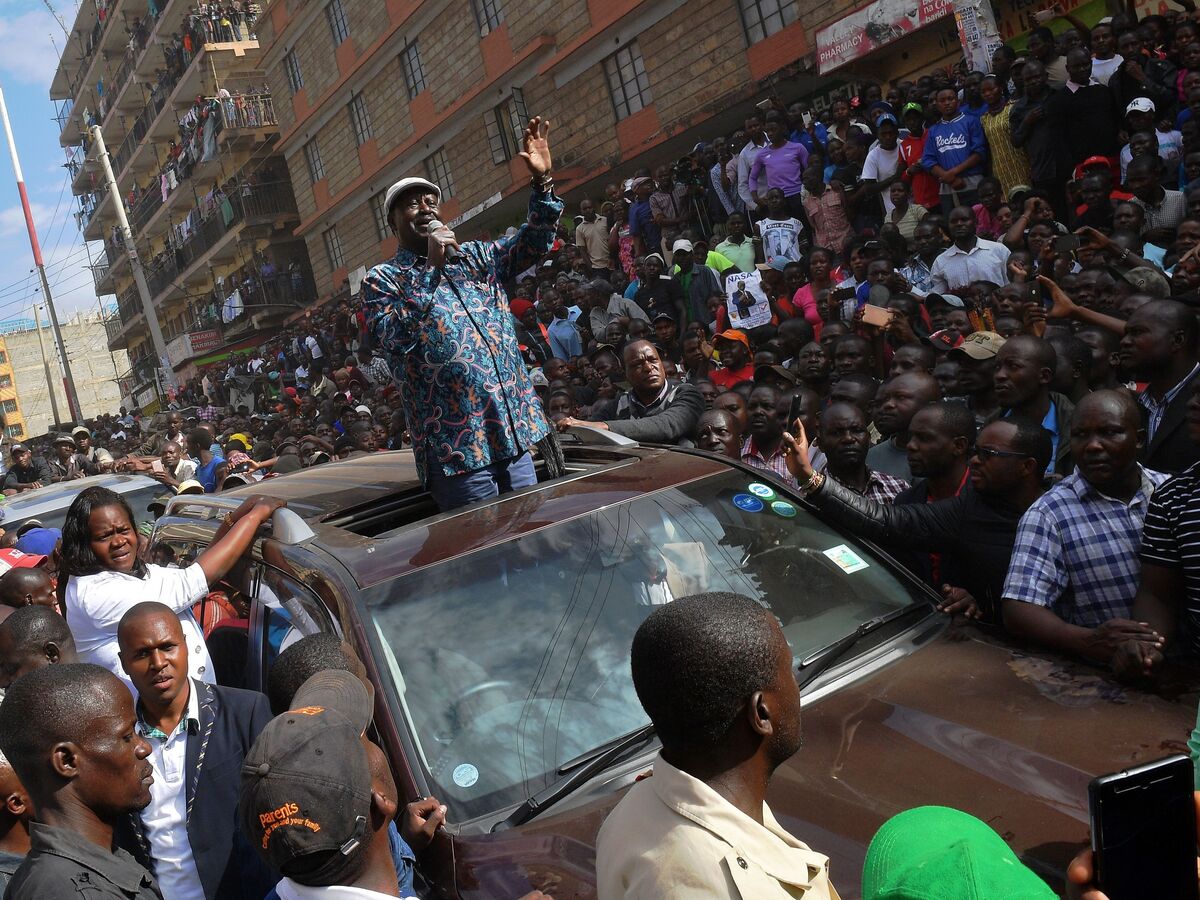 Kenyan opposition leader Raila Odinga arrives in Nairobi's Mathare district to speak with supporters Sunday. According to official results, Odinga was defeated by President Uhuru Kenyatta — but Odinga has decried those results as a "fraud."

Nearly a week since Kenyans went to the polls to decide their president, the official results of that election remain in dispute. Opposition candidate Raila Odinga, who officially lost to incumbent Uhuru Kenyatta, has vowed to continue fighting what he calls widespread electoral fraud.

"We had predicted they will steal the election, and that's what happened," Odinga told thousands of supporters Sunday in Nairobi's Kibera slum, in his first public speech since the formal results were announced Friday. "We are not done yet. We will not give up."

He called on his supporters not to go to work Monday, partly as a boycott of the election and partly as a commemoration of those who lost their lives over the weekend. Kenya's Commission on Human Rights says at least 24 people have been killed since Election Day, all of whom it says died by police gunfire.

As The Two-Way has reported, since the preliminary tallies began trickling in Odinga has rejected what he has called "a serious attempt to try to either doctor or alter the final results." He maintains that the numbers announced by the country's electoral commission — which show Kenyatta with a healthy lead of more than 1.4 million votes — were cooked up by a conspiracy to hack the electoral reporting system.

It's Official: Kenyan President Wins Re-Election. But Will Opposition Concede?

Still, as NPR's Eyder Peralta notes, Odinga enjoys robust support in Kibera and around the country.

"Raila Odinga is considered by many in the opposition to be a father figure," Eyder told All Things Considered. "He is a figure who has been around in this country for many, many years. His father was one of the independence heroes in this country."

A Deadly Aftermath Of Kenya's Election

A Deadly Aftermath Of Kenya's Election

Kenyatta's father, too, was an independence hero — and in fact, their two fathers had a bitter falling out in the 1960s. Since then, a simmering rivalry has remained, often tinged with ethnic overtones, as The Guardian reports:

"Kenyatta is from the Kikuyu, Kenya's largest ethnic community, and Odinga from the Luo, which has long felt marginalised. Both men built coalitions with other influential communities in a country where voting still takes place largely along ethnic lines."

Observers now fear a repeat of the violence that unraveled the country following elections a decade ago, in which more than 1,000 people were killed. Partly for that reason, many foreign electoral observers have urged Odinga to pursue his complaints through the legal system rather than mobilizing his supporters.

"The European Union expects the opposition to respect the results and to use legal means available for appeals and complaints," EU foreign affairs chief Federica Mogherini said in a statement over the weekend.

Despite a smattering of violence in the capital, Nairobi, CNN reports much of the country remains calm.

For now, all eyes are on Odinga: "What Raila Odinga says, people — or his supporters — will do," Eyder points out. And he is now asking those supporters not to do their jobs as they usually would.

"There is no work until Tuesday, when we will announce the next step," Odinga said.