Accessibility links
PHOTOS: 'Almost Edible' 106-Year-Old Fruitcake Found In Antarctica : The Two-Way The dense dessert, found in one of Antarctica's first buildings, is believed to have been brought over in 1910 during the Terra Nova expedition of Robert Falcon Scott. It "looked and smelled edible." 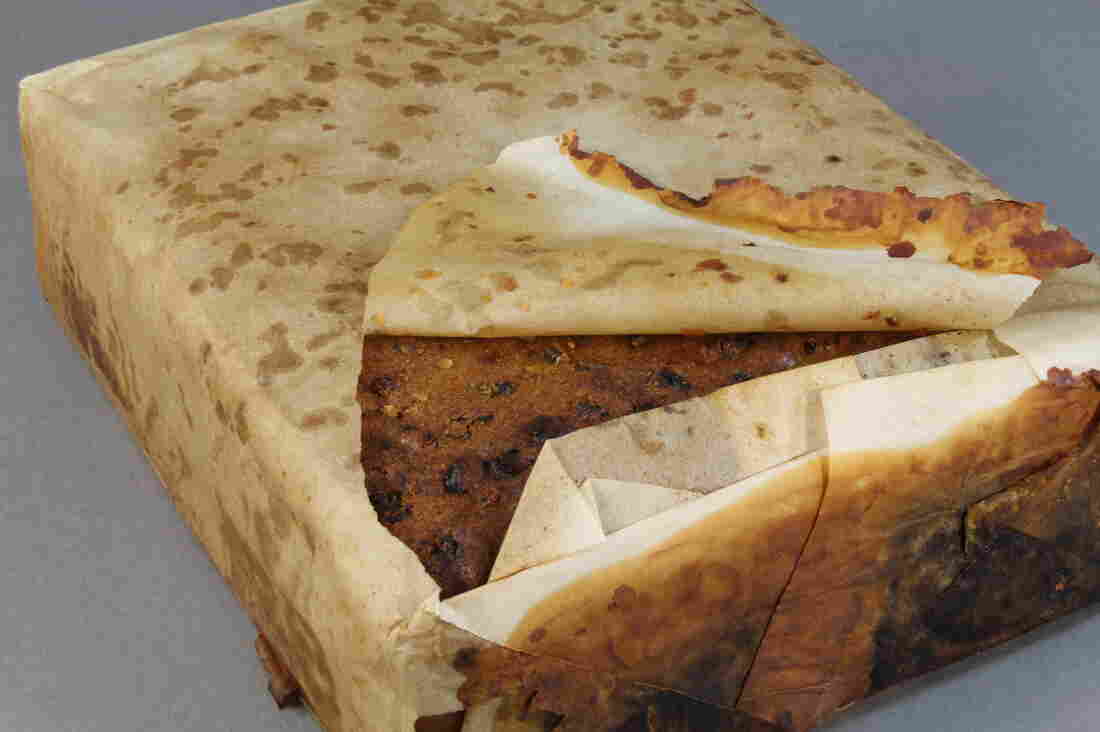 The 106-year-old fruitcake is "well-preserved," and is believed to have been taken to Antarctica with the Robert F. Scott expedition. Antarctica Heritage Trust hide caption 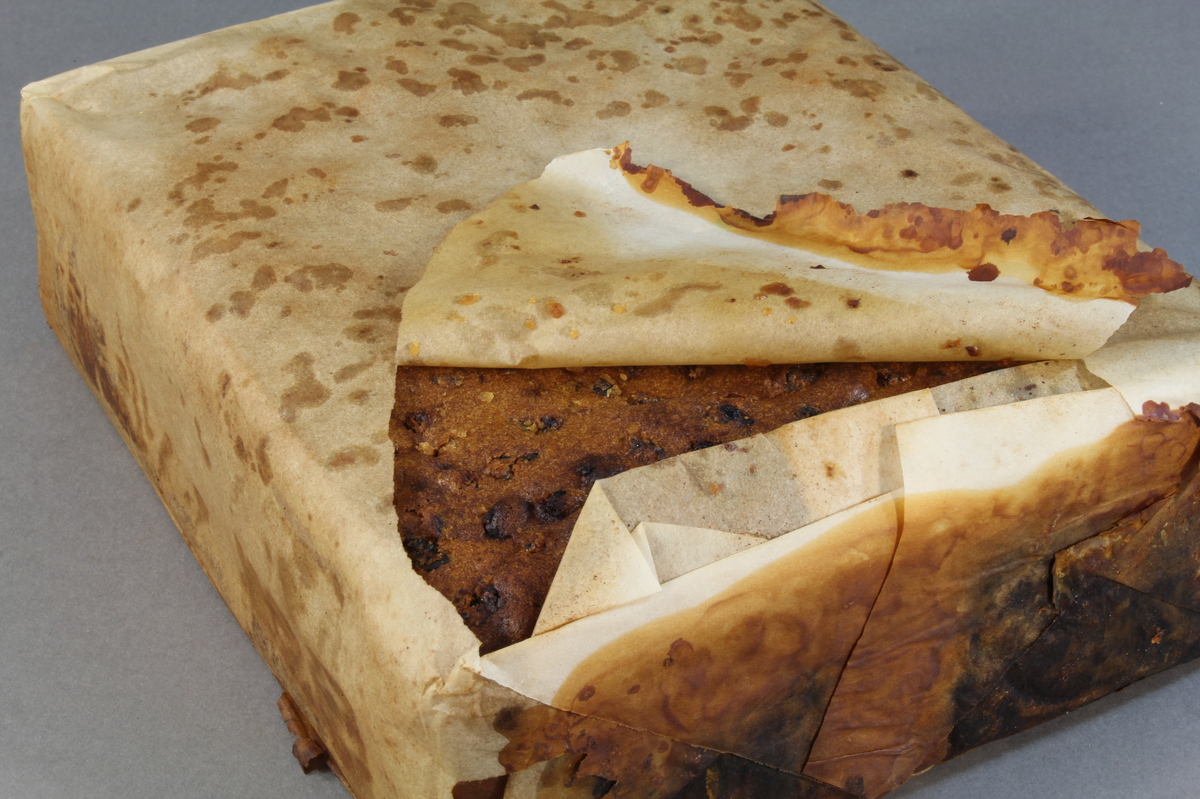 The 106-year-old fruitcake is "well-preserved," and is believed to have been taken to Antarctica with the Robert F. Scott expedition.

Fruitcake is known to stay fresh for an inordinate amount of time.

But Antarctic conservators say they recently came upon a specimen that tests the limits of the treat: a 106-year-old cake, found in one of Antarctica's first buildings.

This particular cake is believed to have been brought over in 1910 during the Terra Nova expedition of Robert Falcon Scott. According to the Antarctic Heritage Trust, "it has been documented that Scott took this particular brand of cake with him at that time." 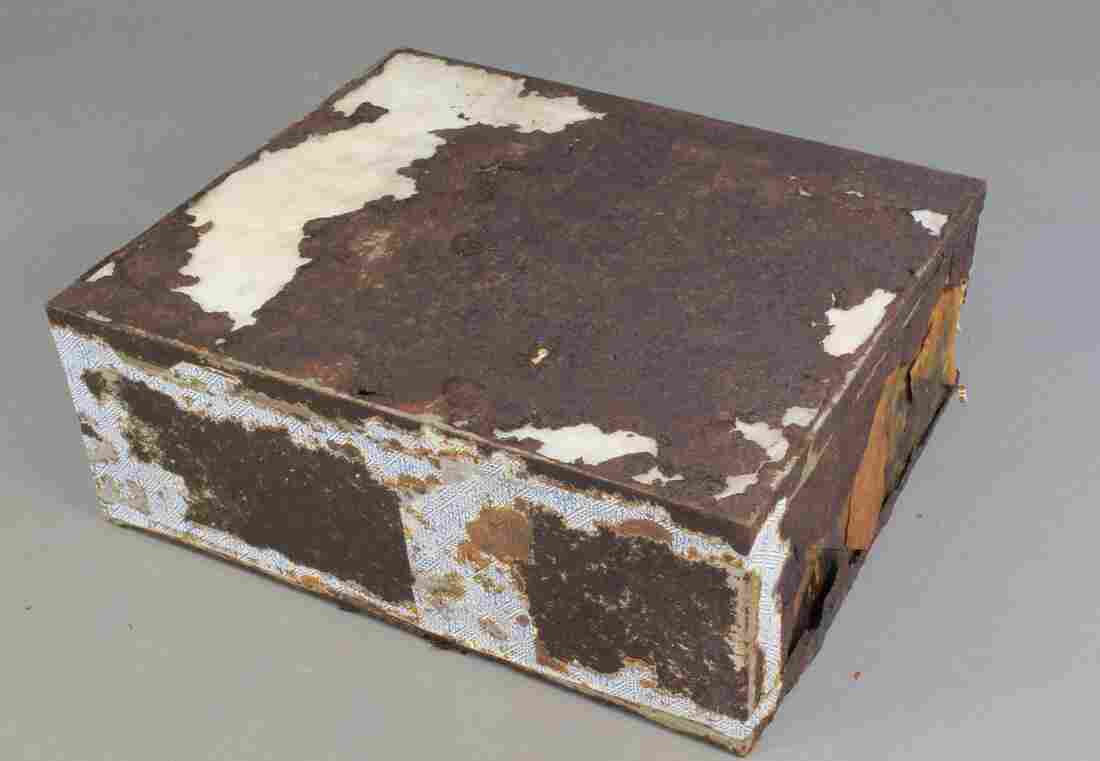 The fruitcake's tin is not as well preserved as the cake itself. Antarctic Heritage Trust hide caption

The Huntley & Palmers fruitcake was wrapped in paper and housed in a tin-plated iron alloy tin, which is showing signs of deterioration. However, the cake itself is "well-preserved," the conservators say.

"There was a very, very slight rancid butter smell to it, but other than that, the cake looked and smelled edible!" the Trust's Programme Manager-Artefacts Lizzie Meek said in a statement. "There is no doubt that the extreme cold in Antarctica has assisted its preservation."

The century-old dessert was found with nearly 1,500 other artifacts from two huts at Cape Adare. 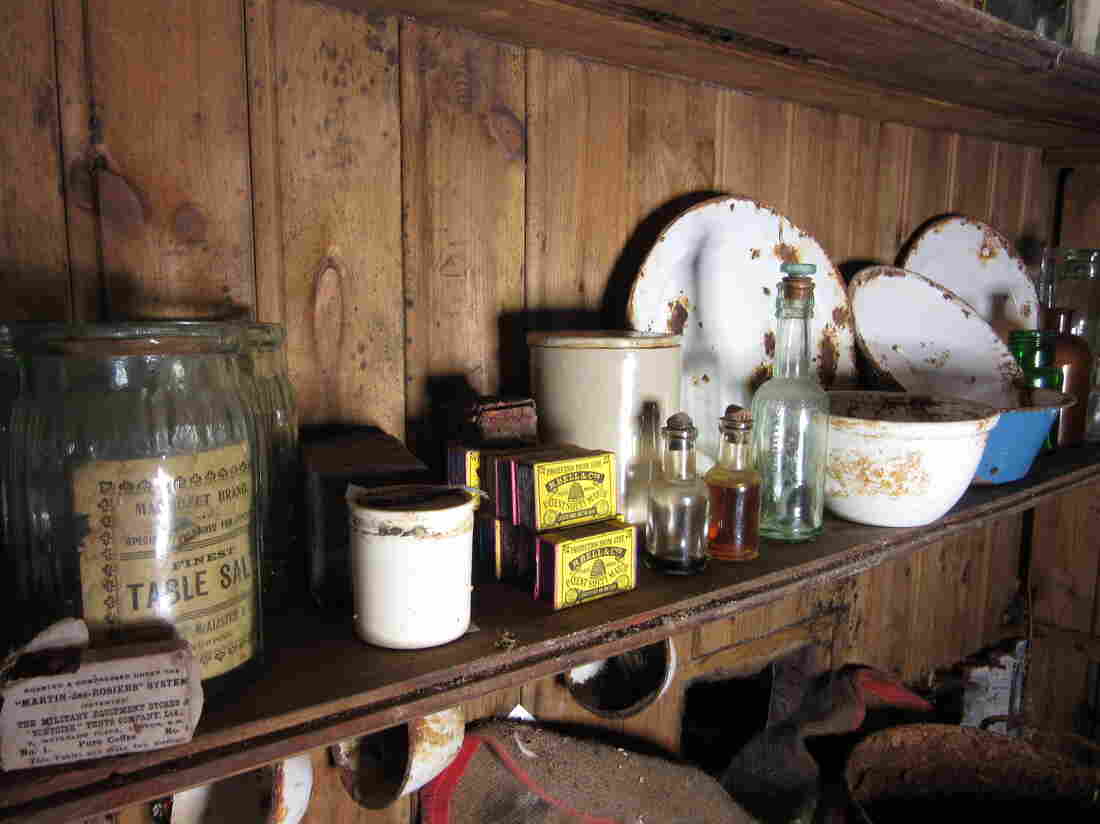 The cake was one of nearly 1,500 artifacts that conservators recently collected at Cape Adare. Antarctic Heritage Trust hide caption

According to the Trust, the first buildings on the continent "were built by Norwegian Carsten Borchgrevink's expedition in 1899 and later used by Captain Scott's party in 1911." Meek says the team members were finishing up their work collecting objects when they were surprised to find the old dessert.

She adds that even present day explorers love a good fruitcake: "It's an ideal high-energy food for Antarctic conditions, and is still a favorite item on modern day trips to the ice."

The cake's sheer density probably helps. As NPR's Maria Godoy has reported, people doing outdoor work in the Antarctic need about 5,000 calories a day — and more like 6,500 if you're involved in manhauling, which is "pulling sleds across the ice and snow with their bodies." 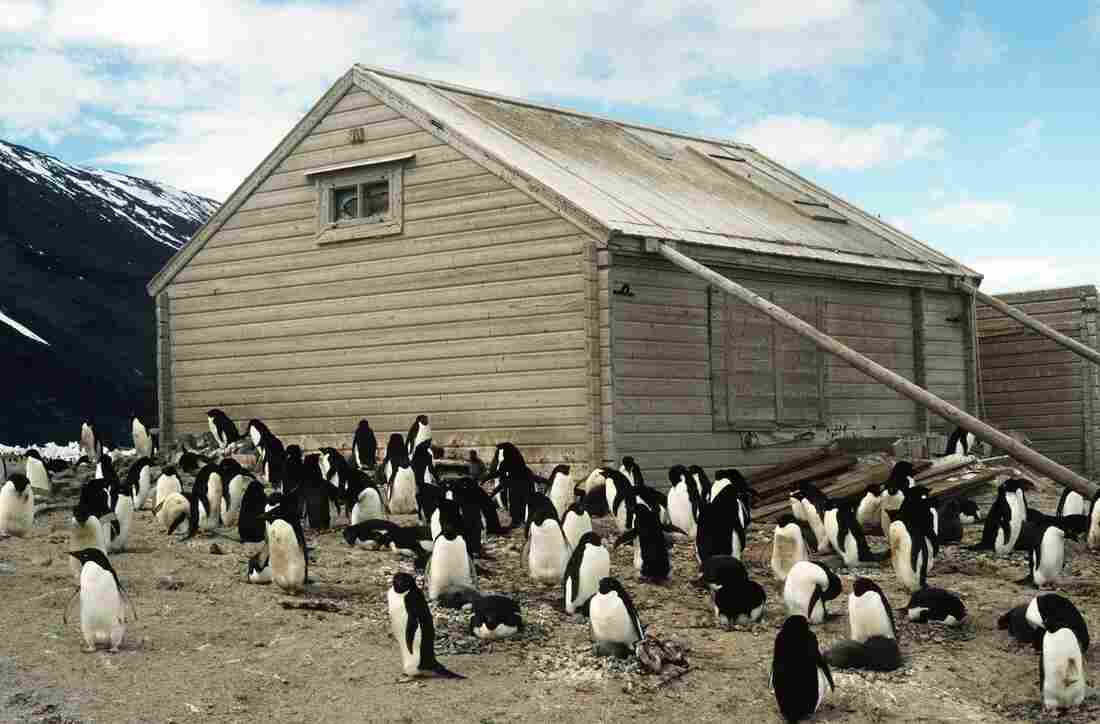 The cake was found among the artifacts at Cape Adare, in what is believed to be Antarctica's first building. Antarctic Heritage Trust hide caption

Maria writes that there's one clear lesson that Antarctic explorers have learned over the years: "When life is stripped down to man versus the most brutal elements, bring plenty of snacks."

Think You're Cold And Hungry? Try Eating In Antarctica

This is something Scott's team knew — in fact, Maria says that "his party conducted a study that suggested a high-carb, high-fat diet to be optimal for the harsh climes."

But tragically, explorers on Antarctic expeditions were often hungry. Scott himself starved to death while on the return journey from the South Pole.

The objects recovered from Cape Adare — including a watercolor painting of a Tree Creeper bird by scientist Edward Wilson — are undergoing conservation treatment and will be returned there, because the huts are deemed an Antarctic Specially Protected Area. That will happen after restoration work is finished on the buildings themselves.