Accessibility links
North Korea Says It Won't Fire Missiles At Guam After All : The Two-Way Instead of launching missiles into the water near Guam, North Korean leader Kim Jong Un will "watch a little more the foolish and stupid conduct of the Yankees," state media report. 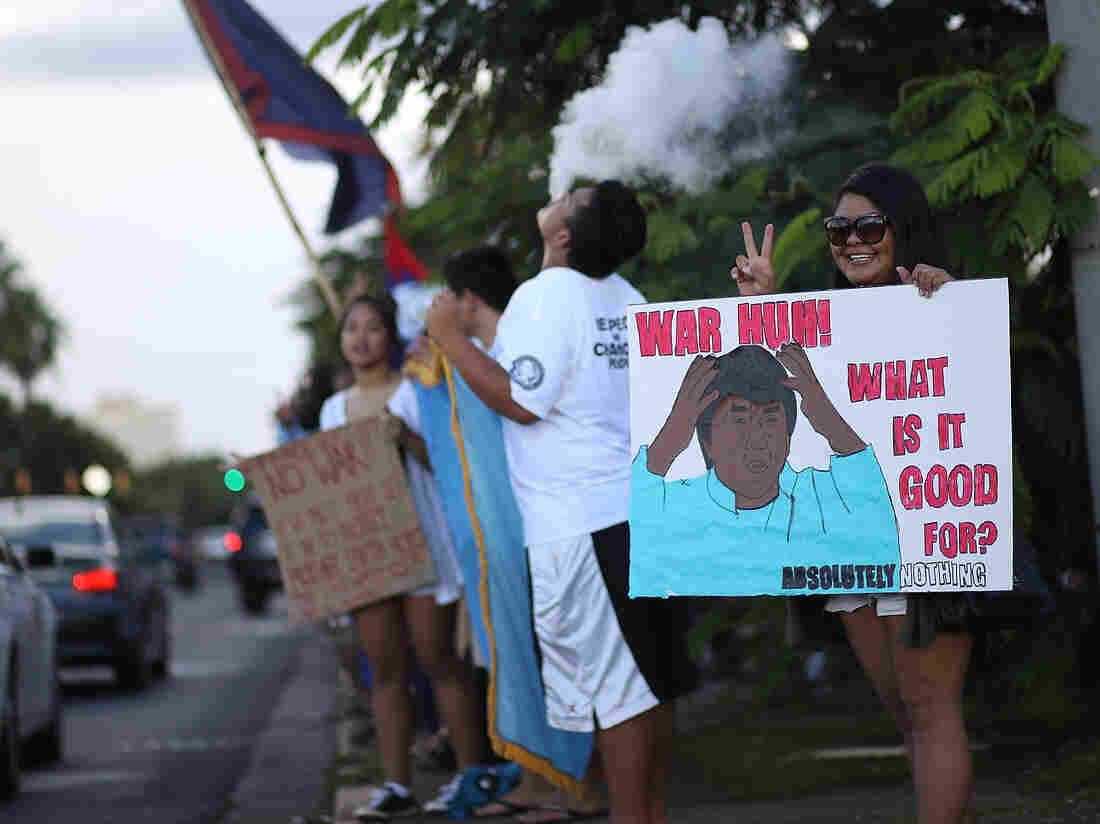 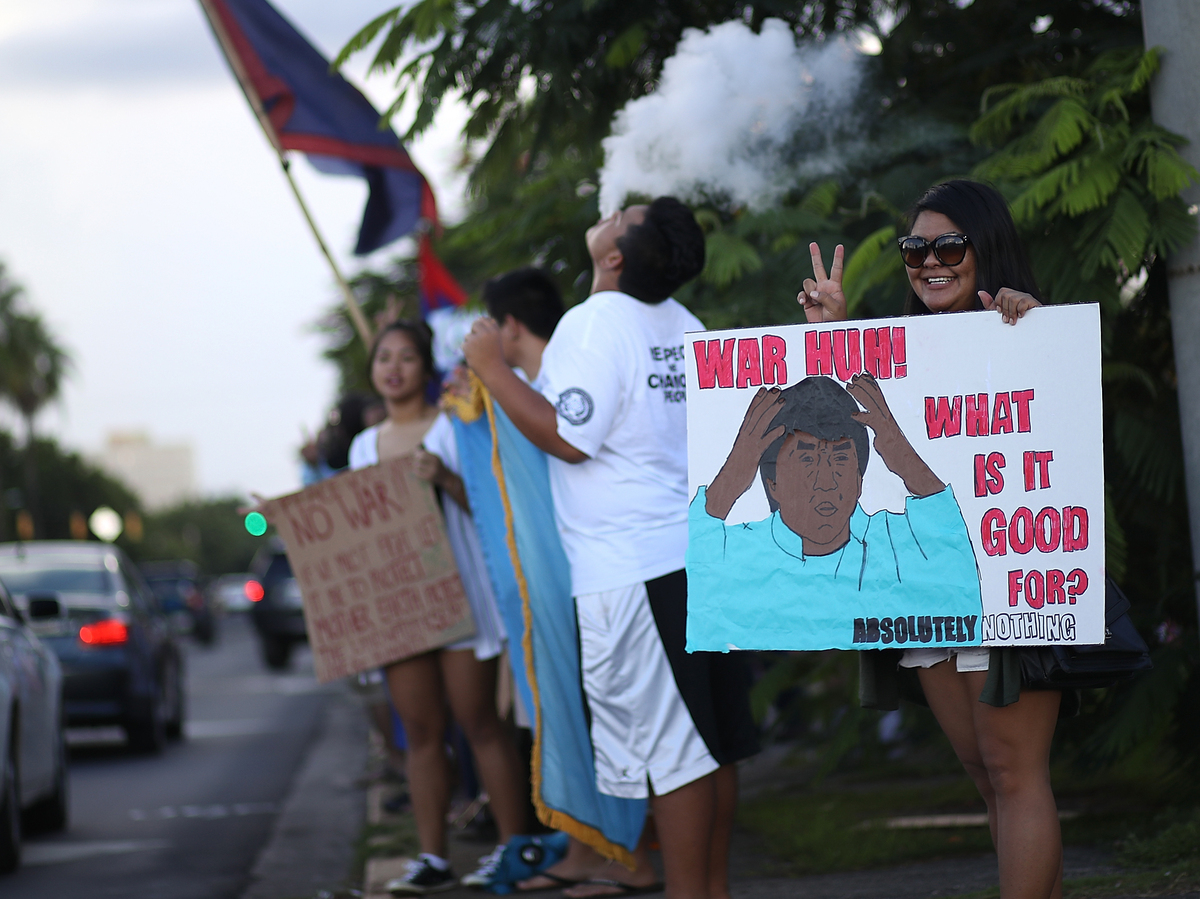 As the date for North Korea's missile launch toward Guam approached, protesters held a peace rally in Hagatna, Guam. On Tuesday, North Korea's regime opted not to launch missiles toward the U.S. territory.

North Korean leader Kim Jong Un reviewed his military's plans to rain "an enveloping fire" around the U.S. territory of Guam — but opted not to fire missiles at this time, according to state media. Despite the stand-down, some Guamanians were alarmed after two radio stations aired an erroneous emergency alert Tuesday.

Kim visited the Korean People's Army as the self-imposed mid-August deadline for a missile demonstration approached, the Korean Central News Agency reports. But after hearing the plan and considering it, Kim opted not to give the order to launch missiles, and instead "would watch a little more the foolish and stupid conduct of the Yankees," the report says.

Kim also warned that the U.S. should not test North Korea's self-restraint.

On Guam, the territory's Homeland Security office says two radio stations aired "an unscheduled test of the Emergency Alert Broadcast System" shortly after midnight, which "residents and visitors may have noticed." The announcement — that the system had issued "a civil danger warning" for Guam — was due to an unauthorized test and was not connected to an emergency, the agency says.

Guam and the U.S. air and naval forces that are based there have been under alert since it was named by North Korea as a potential demonstration target, with the regime threatening to fire missiles into the sea near the island that's home to some 160,000 people.

The passing of the deadline without a missile launch could ease tensions that have been ratcheted up as President Trump and North Korea have traded threats. Last week, Trump said, "Military solutions are now fully in place, locked and loaded, should North Korea act unwisely."

South Korea's President Moon Jae-in said his nation will do "all it can" to prevent violence from breaking out on the Korean Peninsula.

In a speech delivered on Tuesday — Liberation Day, commemorating the end of Japanese rule following World War II — Moon was quoted by The Korea Herald as saying, "Without the consent of the Republic of Korea [South Korea], no country can determine to take military action."

It's still too early to say the situation has calmed entirely, Guam Lieut. Gov. Ray Tenorio said, "But we are happy that the rhetoric is starting to calm down, perhaps."

"There is no change in the threat level," Guam Homeland Security adviser George Charfauros said. He added, "We are very ... I'd say almost ecstatic that Kim Jong Un has backed off."

"[On] Monday, U.S. Defense Secretary James Mattis said if North Korean missiles were considered a threat to Guam, then, 'It's game on.' Others in the Trump administration, like Secretary of State Rex Tillerson, continue to try and push a diplomatic solution to the current nuclear issue."