Accessibility links
PHOTOS: Frantic Rescue Efforts Underway After 'River Of Mud' In Sierra Leone : The Two-Way Nearly 400 bodies have been recovered. The toll is likely to rise — the Red Cross says hundreds of people are still missing. A local morgue is struggling to cope with the sheer number of dead. 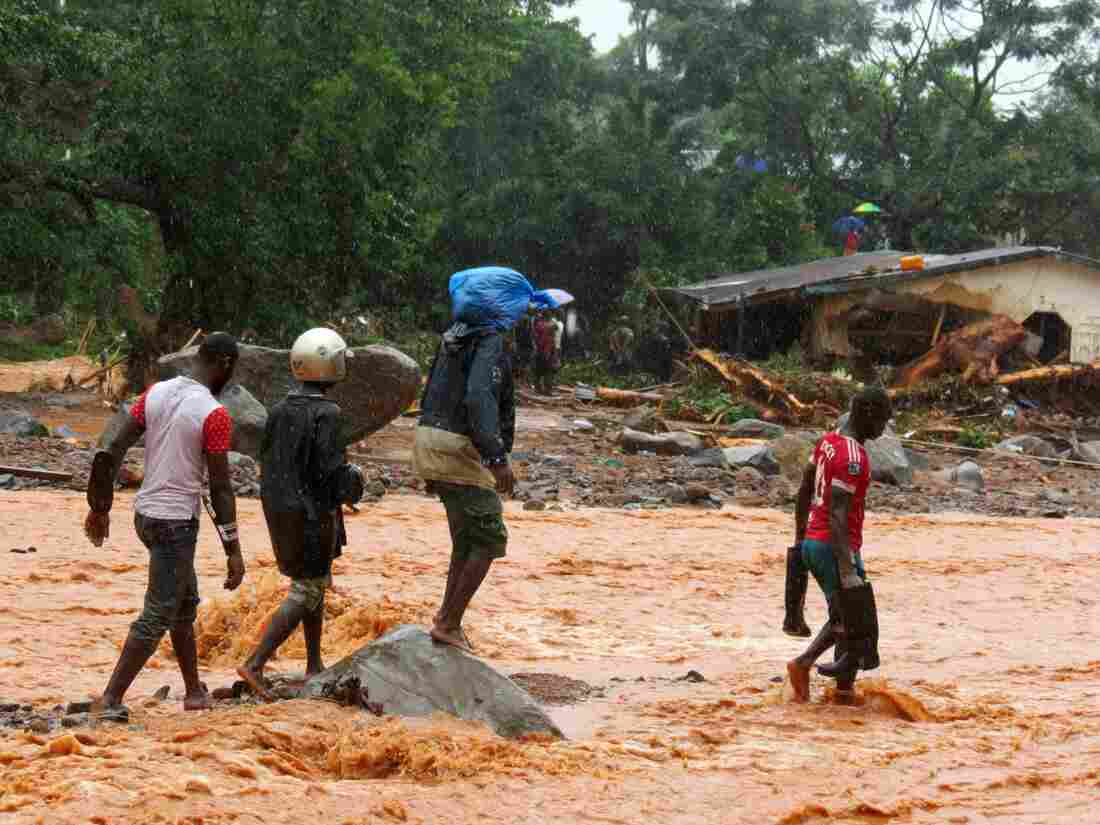 Residents pass a damaged building as they walk through floodwaters on the outskirts of Sierra Leone's capital, Freetown, on Monday. Saidu Bah /AFP/Getty Images hide caption 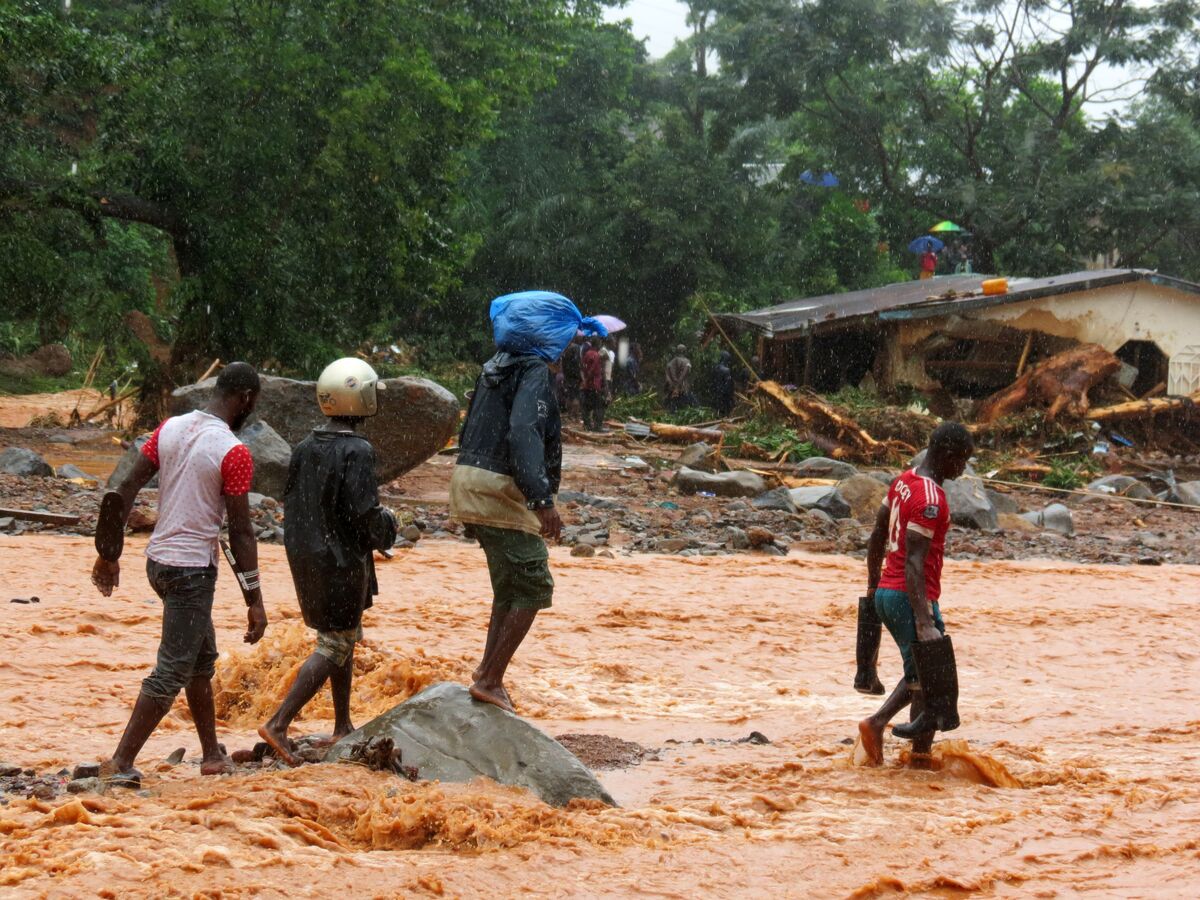 Residents pass a damaged building as they walk through floodwaters on the outskirts of Sierra Leone's capital, Freetown, on Monday.

Rescue workers on the outskirts of Sierra Leone's capital, Freetown, are rushing to find survivors a day after heavy rains caused a mountainside to partially collapse Monday morning, engulfing homes and killing hundreds.

The morgue in Freetown has stated that nearly 400 bodies have been brought there, according to Reuters and a representative from the Red Cross. The death toll in the West African nation is likely to rise — the Red Cross says hundreds more people remain unaccounted for. 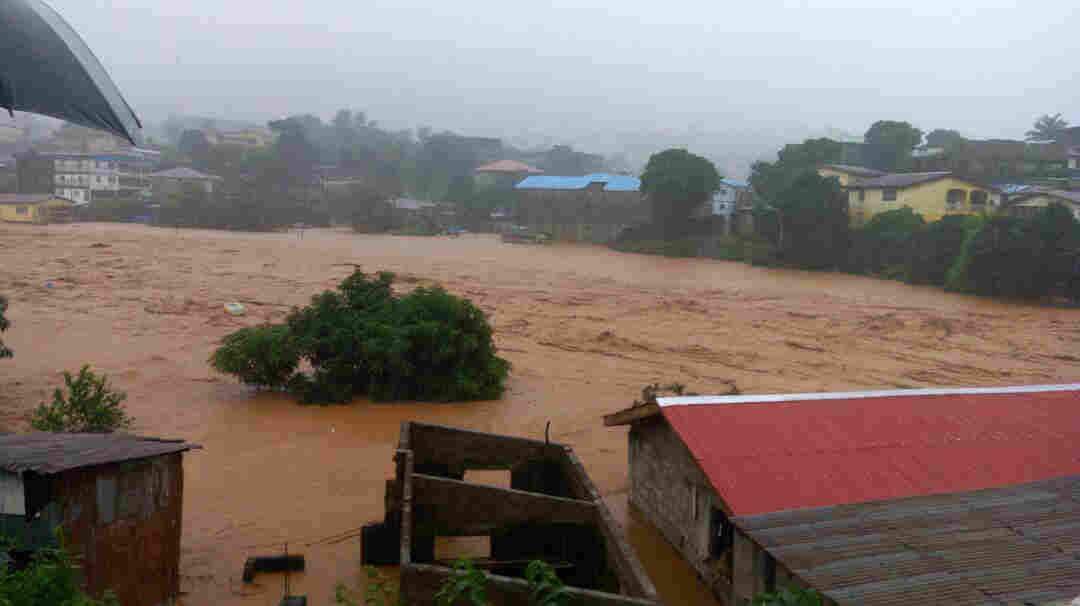 Rescue workers describe a river of mud wiping away entire homes on Freetown's outskirts. As many as 3,000 people may have lost their homes. Society 4 Climate Change Communication via AP hide caption

"I have never seen anything like it. ... A river of mud came out of nowhere and swallowed entire communities, just wiped them away," Abdul Nasir, program coordinator of the International Federation of Red Cross and Red Crescent Societies, said in a statement. "We are racing against time, more flooding and the risk of disease to help these affected communities survive and cope with their loss."

Photos from the scene show rescue workers using heavy equipment and even their hands to dig through the mud, searching for survivors. The communities most severely affected are Racecourse, Regent and Lumley on the eastern outskirts of Freetown. According to the Red Cross, in these areas, "thousands of makeshift settlements are home to the city's poorest communities." 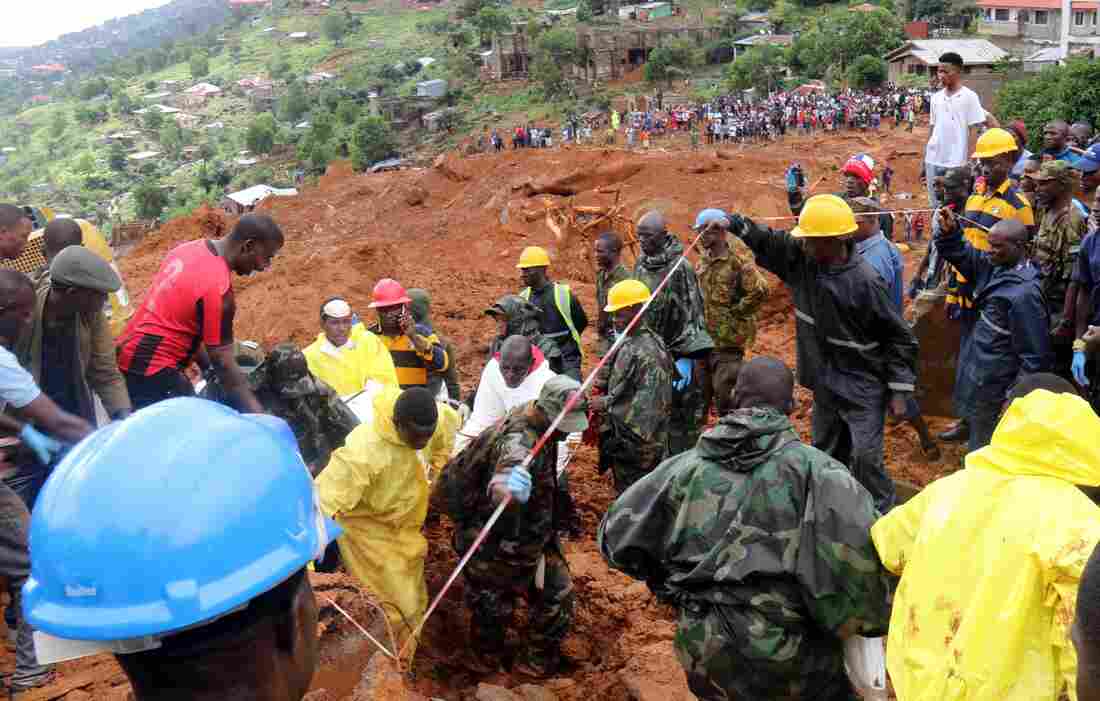 Rescue workers are using heavy equipment and even their hands to dig through the mud, searching for survivors. IFRC via AP hide caption

The Red Cross says up to 3,000 people may have lost their homes. An estimated 25 homes were submerged in mud, and more than 100 were affected, the Red Cross told NPR.

Freetown's morgue was having trouble coping with all the bodies, as their loved ones wait outside to identify them. A BBC reporter at the scene said:

"I'm standing outside the central morgue of Freetown at the Connaught hospital. I've just been inside there, it's full to the brim. The authorities have had to bring out the corpses, lying just behind the perimeter fence there. I simply just could not count the number of bodies, some of them limbless, lying out there. The authorities say they are completely stretched to the limits, and they need all the help they can get." 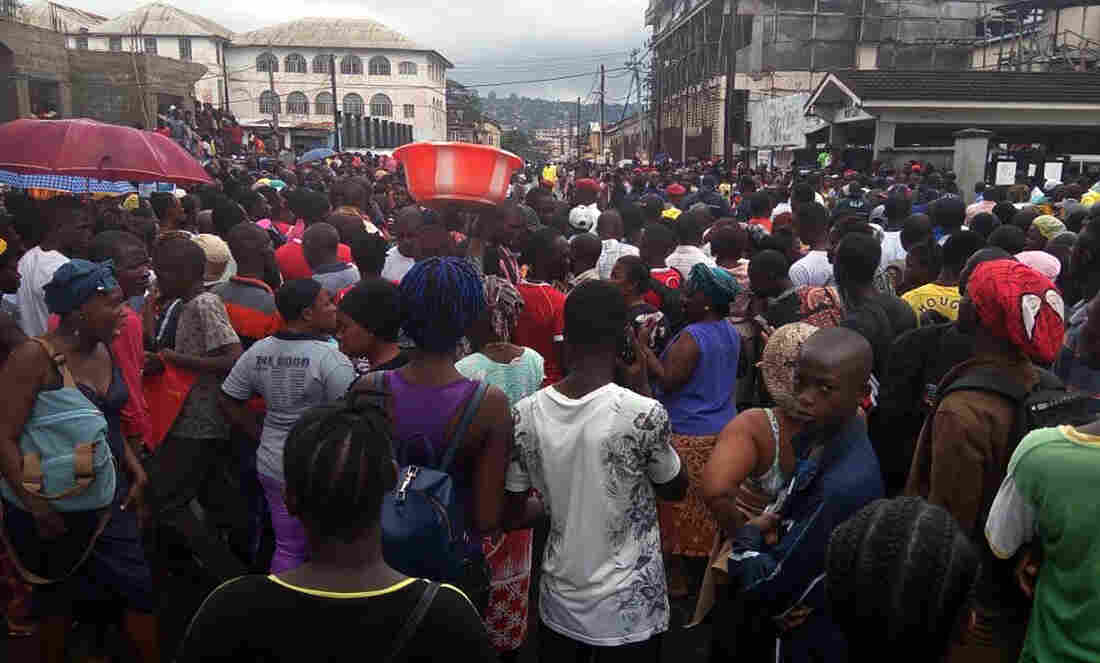 The Connaught Hospital morgue in Freetown was having trouble coping with the number of bodies. Outside, family members wait to identify their loved ones. Society 4 Climate Change Communication-Sierra Leone/AP hide caption

"Fellow Sierra Leoneans, this tragedy of great magnitude has once again challenged us to stand by one another," Koroma said. "Let me assure you that my government is fully engaged on this situation."

A woman named Adama told the BBC that she was separated from her husband and baby during the mudslide. 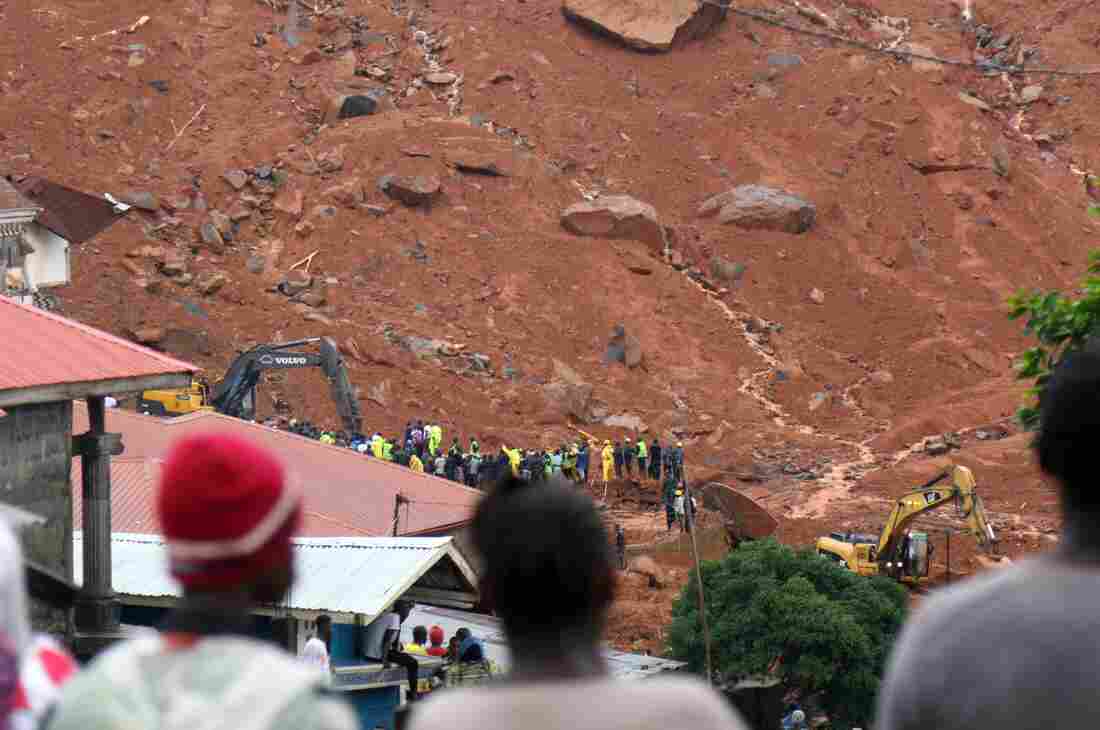 The Red Cross says hundreds of people are still missing after part of a mountainside collapsed early Monday. IFRC via AP hide caption

"We were inside. We heard the mudslide approaching. We were trying to flee. I attempted to grab my baby but the mud was too fast. She was covered, alive," Adama told the broadcaster. "I have not seen my husband, Alhaji. My baby was just seven weeks old."