Accessibility links
British Columbia Will Ban Grizzly Bear Trophy Hunting : The Two-Way The policy still allows people to hunt the bears for food but blocks all hunting of grizzlies in the Great Bear Rainforest. Environmental groups are celebrating but concerned about possible loopholes. 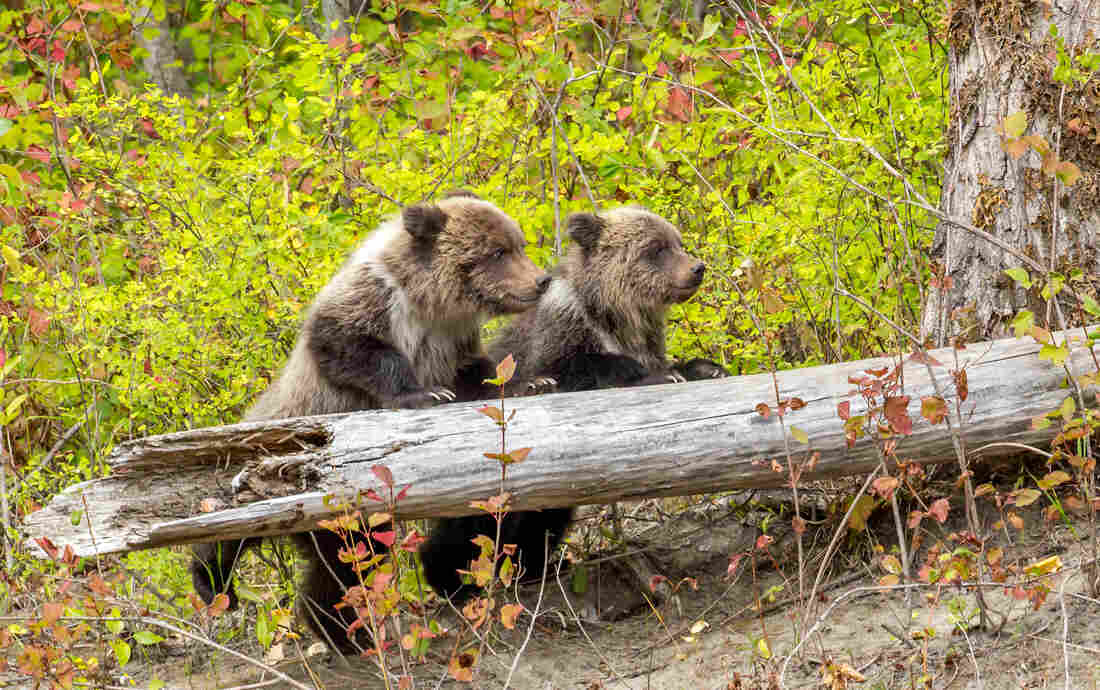 Grizzly bear cubs follow their mother in British Columbia, Canada, in 2014. The province has banned trophy hunting of grizzlies beginning at the end of November. Mick Thompson hide caption 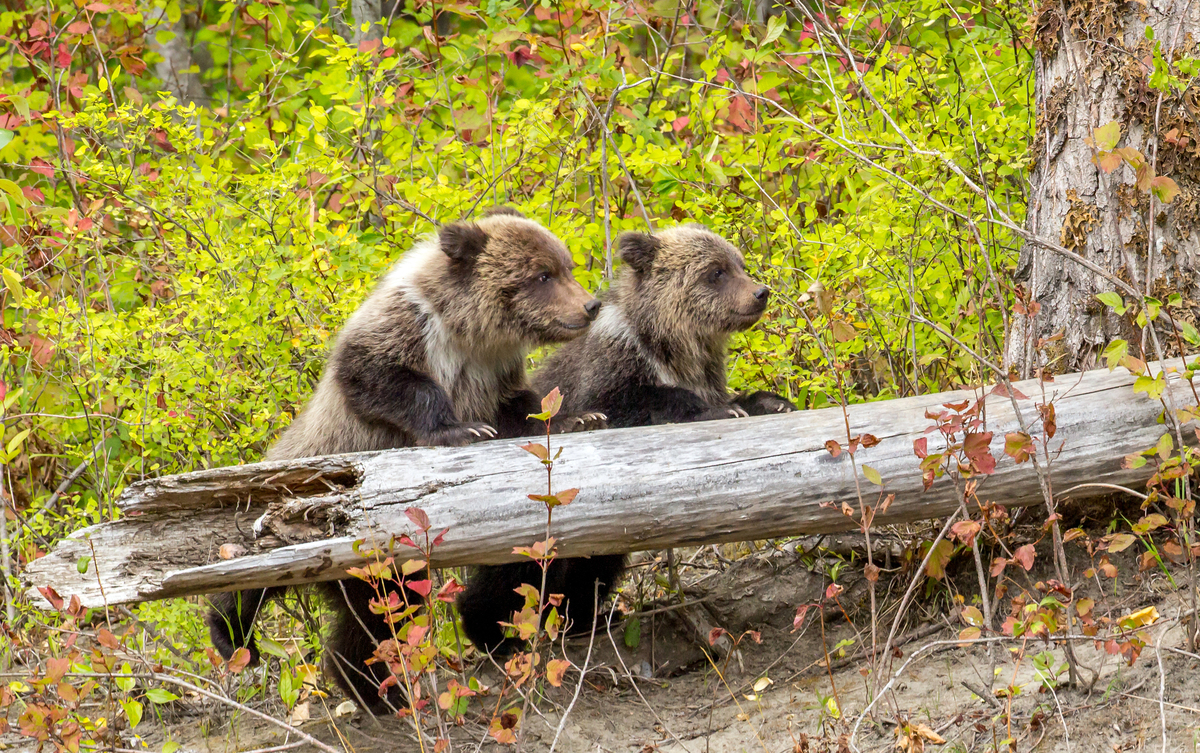 Grizzly bear cubs follow their mother in British Columbia, Canada, in 2014. The province has banned trophy hunting of grizzlies beginning at the end of November.

In a win for conservationists and environmental groups, British Columbia says it will no longer allow the trophy hunting of grizzly bears in the Canadian province starting on Nov. 30.

The new policy blocks all hunting of grizzlies in the Great Bear Rainforest but still allows people to hunt them for food elsewhere in British Columbia.

Of the approximately 15,000 grizzlies in British Columbia, about 250 are killed by hunters annually, according to government figures.

Forests, Lands, Natural Resource Operations and Rural Development Minister Doug Donaldson characterized that level of hunting as "sustainable" in an interview with the CBC.

However, he says the decision to end trophy hunting is "not a matter of numbers, it's a matter of society has come to the point in B.C. where they are no longer in favour of the grizzly bear trophy hunt."

This comes on the heels of an election win for the center-left New Democrat Party, beating the more conservative Liberal Party for the first time in 16 years. The NDP had promised to end trophy hunting during the campaign — which the Liberals had reinstated 16 years ago, according to the BBC.

The grizzly hunting season is opening in parts of the province in the next week, the CBC reports. According to the Toronto Star, many of the hunting permits had already been sold before the new government was formed.

The government has yet to spell out the mechanics of implementing the ban. Donaldson said in a statement that the government "will consult with First Nations and stakeholder groups to determine next steps and mechanisms as B.C. moves toward ending the trophy hunt."

Environmental groups are delighted about the decision. For example, Joe Foy from the Wilderness Committee said that they believe some 4,000 bears have been killed during the past 16 years, and now they are commending the government of British Columbia "for ending this cruel and barbaric sport for good."

But wildlife advocates are concerned that providing the option to hunt bears for food will create a loophole for trophy hunting to continue.

The Raincoast Conservation Foundation said that "to ensure a so-called food hunt and de-incentivize the killing of grizzlies, all trophy parts of the bear, such as the head, the hide and the paws, would have to be surrendered by hunters to provincial wildlife authorities." The group added that "virtually no one hunts grizzlies for food."

Donaldson told the CBC that bear parts that could be used as trophies would not be allowed to leave the province. "Hunters will no longer be able to possess the hide or the head or the paws of the grizzly bear."

Hunting guides have criticized the decision.

The U.S. has seen several recent policy changes that roll back protections for bears. The Trump administration announced in June that it was removing the Yellowstone grizzly bear from the endangered species list, because the bears' population has grown, as NPR's Colin Dwyer reported.

And in March, lawmakers voted to roll back Obama-era hunting restrictions in wildlife refuges in Alaska, as Colin reported. Among other changes, it repealed a ban on baiting bears and wolves.