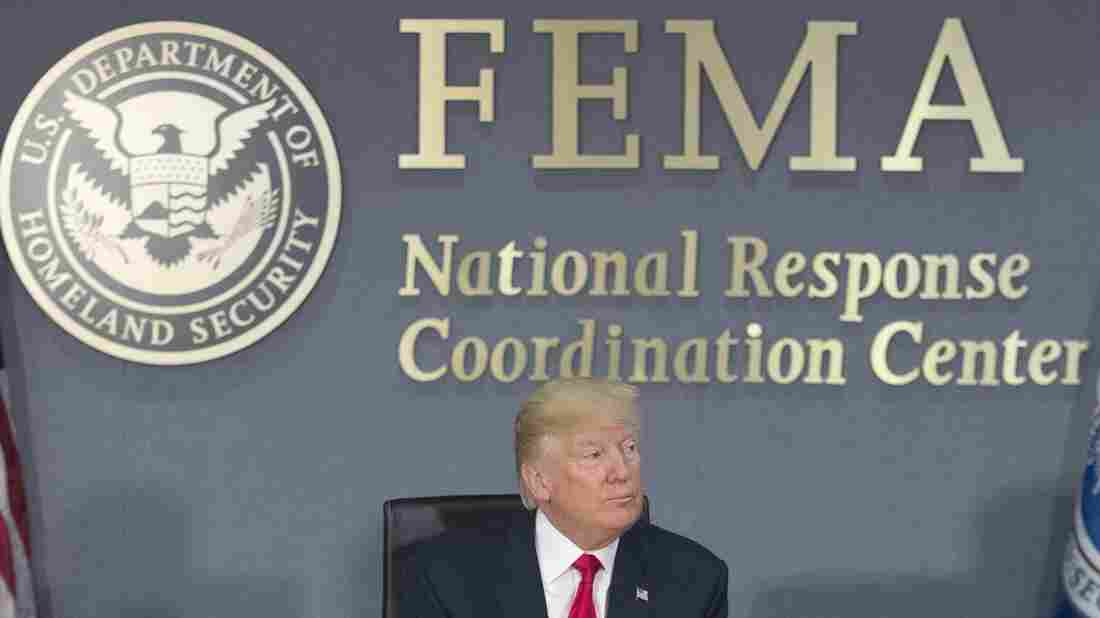 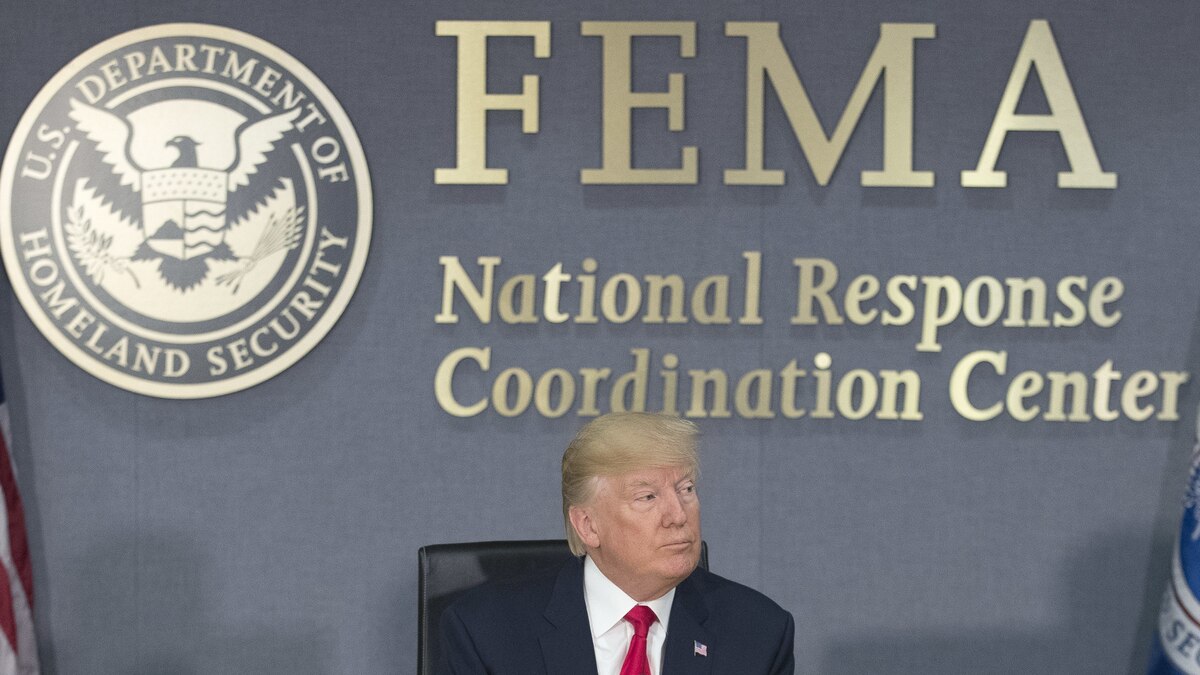 President Trump's astonishing press conference on Tuesday was, ostensibly, an announcement about infrastructure. But his brief remarks on the permitting process were entirely overshadowed by his defense of attendees at a white supremacist rally, among other remarks.

But the president was, in fact, announcing a new executive order with serious repercussions. Among other things, he is rolling back an Obama-era order that infrastructure projects, like roads and bridges, be designed to survive rising sea levels and other consequences of climate change.

The executive order was meant to protect taxpayer dollars spent on projects in areas prone to flooding and to improve "climate resilience" across the U.S. — that is, communities' ability to cope with the consequences of global warming.

President Barack Obama signed the order in 2015, but the changes have not taken effect; FEMA has been soliciting input and drafting new rules.

Now, the order has been revoked as part of an effort to "slash the time it takes" to approve new infrastructure projects, as Transportation Secretary Elaine Chao put it in a statement.

Speaking at Trump Tower in New York City, Trump said, "We're going to get infrastructure built quickly, inexpensively, relatively speaking, and the permitting process will go very, very quickly." Few details were revealed in that news conference, but the text of the order has since been published and it specifically revokes Obama's flood risk rules.

Supporters say the Obama flood rules would protect lives, by positioning new roads and buildings on safer ground, and protect financial investments by ensuring that infrastructure projects last as long as they were intended. Some business advocates have objected, saying the new rules would increase the cost of new construction.

Trump's decision to roll back the policy was denounced by environmental groups as soon as it was first reported.

"This is climate science denial at its most dangerous, as Trump is putting vulnerable communities, federal employees, and families at risk by throwing out any guarantee that our infrastructure will be safe," Sierra Club Executive Director Michael Brune said in a statement ahead of Trump's remarks.

The Obama administration's order covered only public infrastructure projects. But revoking it could have implications for private development as well — for example, if the government builds a road in a flood-prone area, residential development might follow.

In an op-ed in Politico, an environmental advocate and an insurance industry advocate — Robert Moore of the Natural Resources Defense Council and Franklin Nutter of the Reinsurance Association of America — urged Trump to maintain the standards. They said climate resilience is crucial across the country: "While many Americans may think flooding is only a problem for coastal regions prone to hurricanes and tropical storms, it is far more widespread than that and can devastate any state or region across the country. In just the past five years, all 50 states have experienced flood damage."

This is not the first time Trump has reversed an Obama order and pushed the U.S. government not to factor climate change into decisions. As Jay Price of member station WUNC reported for NPR earlier this year, the president told the federal government that it didn't need to treat climate change as a national security threat — despite the fact that rising sea levels pose a flooding hazard to military bases.

"The risks were highlighted in a report last summer by the Union of Concerned Scientists. It said 128 American military installations are at risk from sea level rise," Price reported.