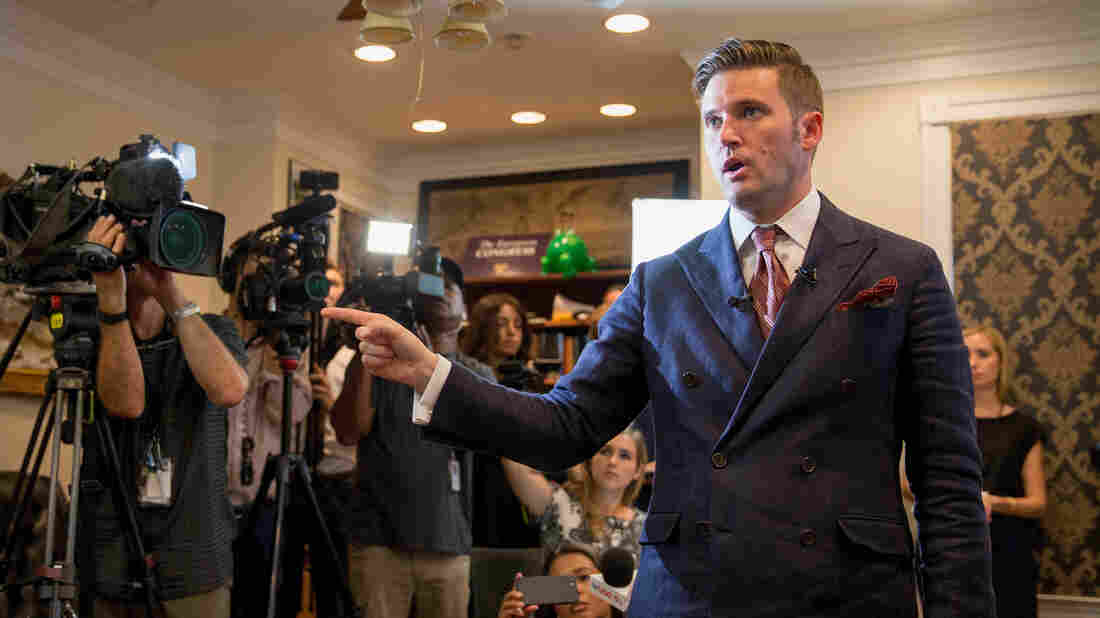 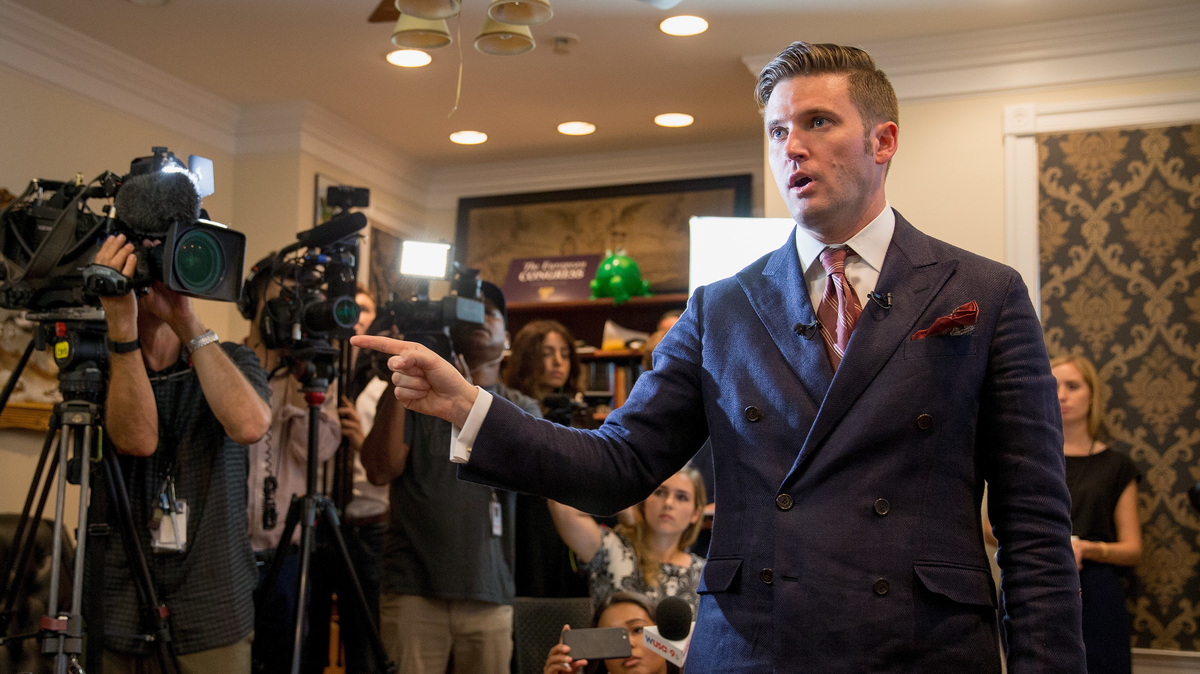 The University of Florida has announced that it's denying a request from a white nationalist think tank to speak on the school's campus. The university says the National Policy Institute — an organization headed by Richard Spencer, who has pushed the use of the term "alt-right" in describing white nationalists — will be barred from renting event space.

"This decision was made after assessing potential risks with campus, community, state and federal law enforcement officials following violent clashes in Charlottesville, Va., and continued calls online and in social media for similar violence in Gainesville such as those decreeing: 'The Next Battlefield is in Florida,' " university President W. Kent Fuchs said in a statement Wednesday.

Spencer proudly advocates for the formation of an all-white "ethnostate," and his National Policy Institute says it's "dedicated to the heritage, identity, and future of people of European descent in the United States, and around the world."

He was one of the marquee attendees last weekend at Charlottesville rallies that featured racist and anti-Semitic chants such as "Jews will not replace us" and smatterings of Nazi salutes. By Saturday, three people had died, one of whom killed when a car allegedly driven by a man said to have expressed white supremacist views rammed a crowd of counterprotesters.

The National Policy Institute's request for an appearance on the Gainesville campus on Sept. 12 was not sponsored by student groups or any other organizations "affiliated with the university," Fuchs said in a statement posted in the immediate aftermath of the deadly violence in Charlottesville. But at the time, he said the event was "still under discussion."

On Tuesday, Texas A&M University canceled a similar rally scheduled to take place on its campus Sept. 11. The organizer of the "White Lives Matter" event had said he would invite Spencer to speak — but the school said the event potentially presented "a major security risk on our campus."

Both universities stated that they had initially considered — and, in Texas A&M's case, scheduled — the respective white nationalist rallies out of support for the freedom of speech protected by the First Amendment.

"I find the racist rhetoric of Richard Spencer and white nationalism repugnant and counter to everything the university and this nation stands for," Fuchs said. "That said, the University of Florida remains unwaveringly dedicated to free speech and the spirit of public discourse."

"However," he added, "the First Amendment does not require a public institution to risk imminent violence to students and others."