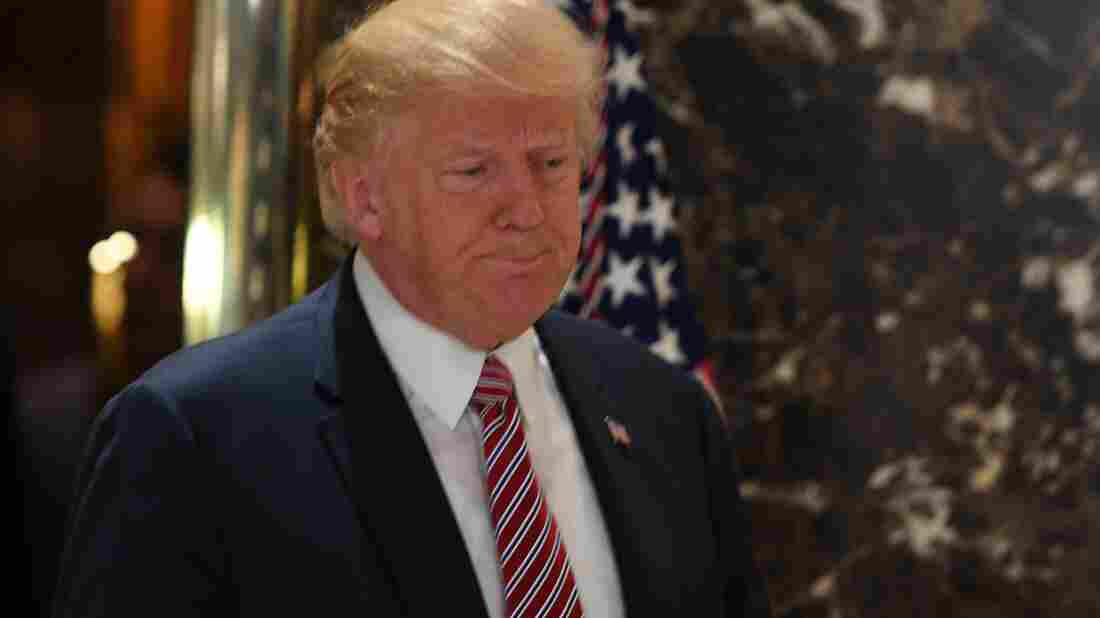 Faced with a string of resignations from his advisory panels, President Trump has disbanded two groups he had formed to provide policy and economic guidance. He's seen here after a news conference Tuesday. Jim Watson/AFP/Getty Images hide caption 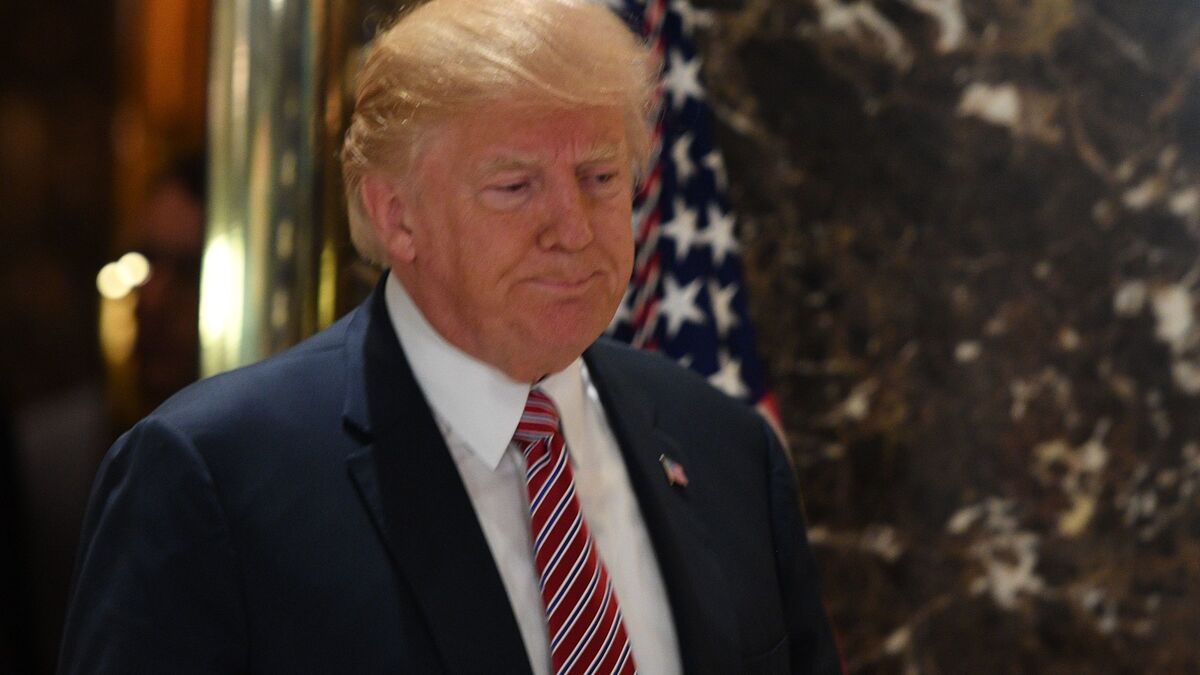 Faced with a string of resignations from his advisory panels, President Trump has disbanded two groups he had formed to provide policy and economic guidance. He's seen here after a news conference Tuesday.

President Trump declared Wednesday he is disbanding two economic advisory panels, after a growing number of the corporate CEO's who sat on them decided to leave, in the wake of Trump's response to the violence in Charlottesville, Va., over the weekend.

Trump said in a tweet that he is ending the Manufacturing Jobs Initiative and the Strategic and Policy Forum "rather than putting pressure on the businesspeople" that made up those groups.

"Thank you all!" the president added.

Rather than putting pressure on the businesspeople of the Manufacturing Council & Strategy & Policy Forum, I am ending both. Thank you all!

But Trump's tweet was released only after members of both groups had already decided to disband, according to The Wall Street Journal.

Blackstone chief Stephen A. Schwarzman, who headed the Strategic and Policy Forum, arranged a conference call in the morning where a majority of the members essentially voted to leave the group. He later passed the news on to Trump's son-in-law, Jared Kushner, the Journal reported.

One member of the forum, IBM chief executive Ginni Rometty, said in an email to her staff that "this group can no longer serve the purpose for which it was formed."

"The despicable conduct of hate groups in Charlottesville last weekend, and the violence and death that resulted from it, shows yet again that our nation needs to focus on unity, inclusion and tolerance," she said.

The manufacturing council also voted to disband, at around the same time.

CEOs Of Merck, Under Armour And Intel Resign From Trump's Business Council

Earlier in the day, 3M's Inge Thulin and Campbell Soup's Denise Morrison announced they would be leaving the panel, which was established by Trump, who has long touted the need to support American manufacturing jobs.

"Racism and murder are unequivocally reprehensible and are not morally equivalent to anything else that happened in Charlottesville," Morrison said, referring to Trump's much criticized response to the white supremacist rally in which a counterprotester was killed.

Thulin said his decision to leave followed reflection on the values of "sustainability, diversity and inclusion."

They were among eight executives who quit Trump's manufacturing council this week.

Merck CEO Kenneth Frazier, who is African-American, was the first to announce his departure after Charlottesville, saying Monday that "I feel a responsibility to take a stand against intolerance and extremism."

Later that day, Under Armour's Kevin Plank and Intel's Brian Krzanich said they too would be leaving.

"I'm resigning from the Manufacturing Jobs Initiative because it's the right thing for me to do," Paul wrote in a tweet Tuesday morning.

Over the summer, Tesla founder Elon Musk left both the manufacturing council and the Strategic and Policy Forum, announcing that he disagreed with Trump's decision to withdraw the U.S. from the Paris climate accord. Disney CEO Bob Iger also resigned over Trump's climate policy.

Trump's decision to wind down the two groups came despite his defiant tone about the recent resignations earlier this week, as criticism swirled around his comment that "many sides" were at fault in Charlottesville.

On Monday, Trump said, "Now that Ken Frazier of Merck Pharma has resigned from President's Manufacturing Council, he will have more time to LOWER RIPOFF DRUG PRICES!"

On Tuesday, Trump stated, "For every CEO that drops out of the Manufacturing Council, I have many to take their place. Grandstanders should not have gone on. JOBS!"

When the council was formed back in January, the White House said the Manufacturing Jobs Initiative would allow the president to meet with "some of the world's most successful and creative business leaders to share their experiences and gain their insights."