Accessibility links
Chemists Say You Should Add A Little Water To Your Whiskey. Here's Why : The Two-Way It's a common refrain from whiskey enthusiasts: Adding a few drops of water to a glass opens up the flavors of the drink. Chemists in Sweden provide a molecular explanation for why this works.

Chemists Say You Should Add A Little Water To Your Whiskey. Here's Why

Chemists Say You Should Add A Little Water To Your Whiskey. Here's Why 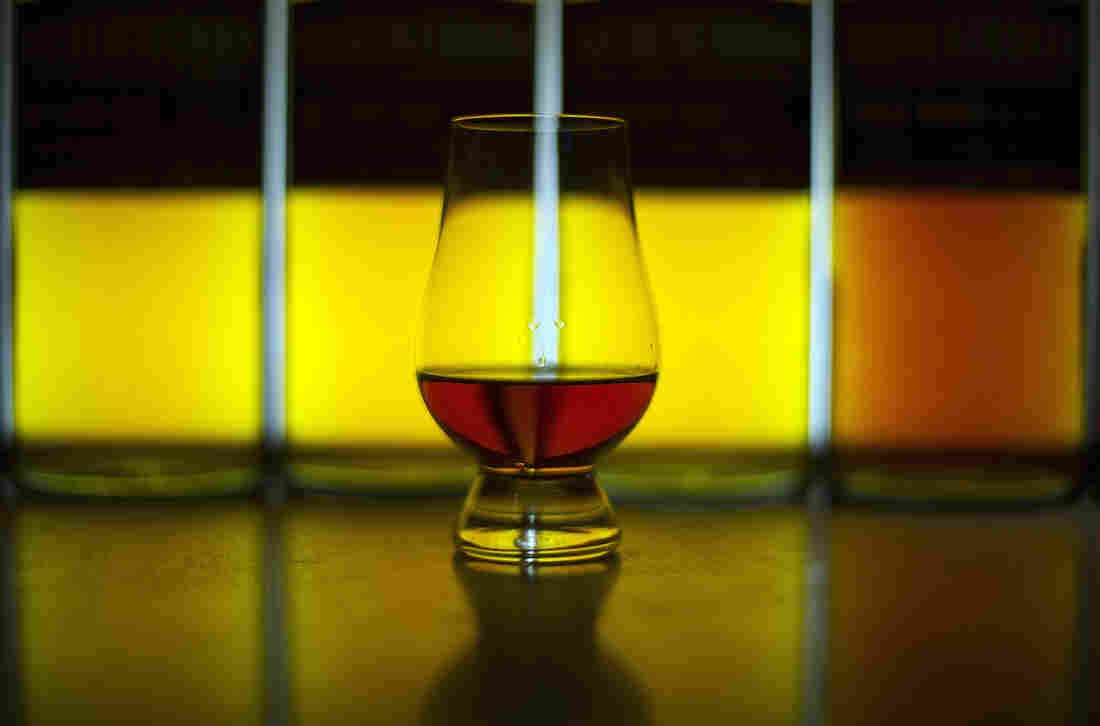 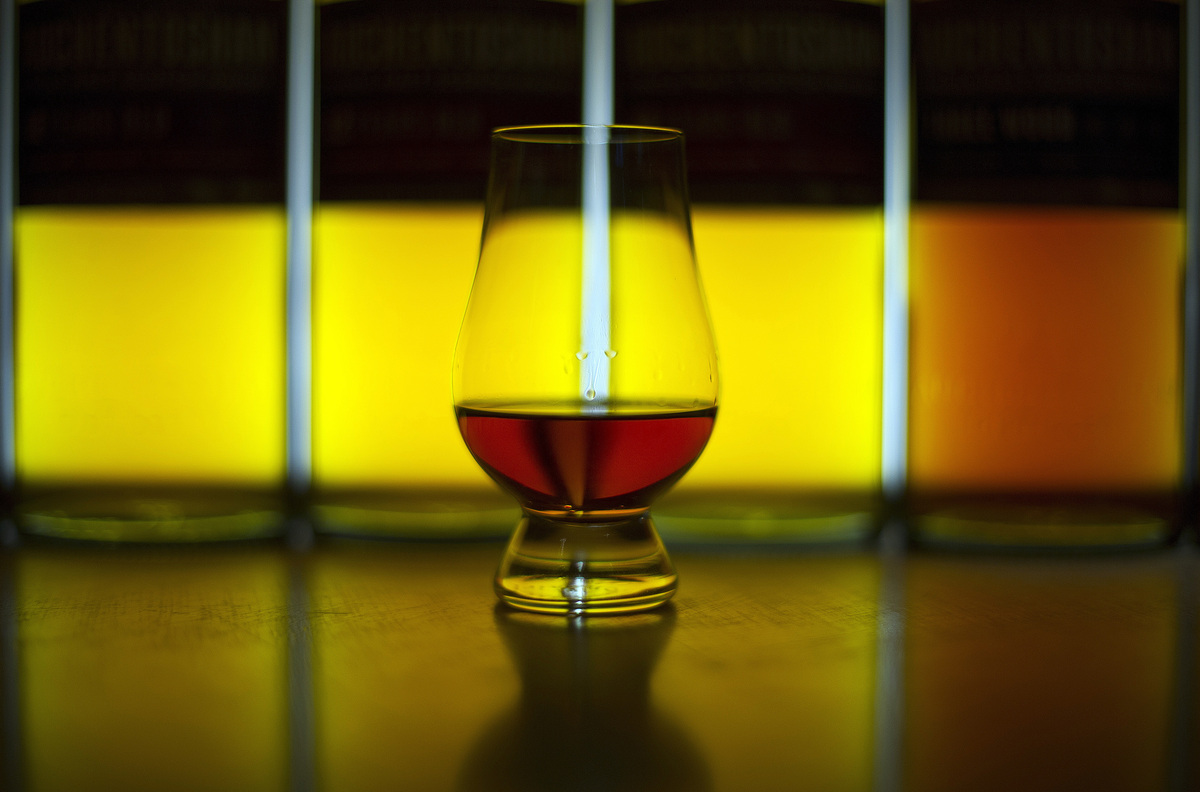 Single malt Scotch whisky, produced at the Auchentoshan distillery near Glasgow, Scotland, could benefit from a little water, a new paper suggests.

It's a common refrain among whiskey enthusiasts: Add a few drops of water to a glass to open up the flavors and aroma of the drink.

For example, hard-liquor expert Alice Lascelles said in a demonstration for The Sunday Times that "if you're tasting with a master blender, they will always add some water at some stage."

But the science behind this claim has been murky. A couple of chemists in Sweden set out to figure out why adding a little water would improve the drink's taste.

They say the taste improvement happens because alcohol molecules and those that determine whiskey's taste tend to stick together. Their findings were published Thursday in Scientific Reports.

First, the scientists developed computer model simulations that strip whiskey down to its most basic elements: water and ethanol, or alcohol.

They then simulated how the molecules interacted at different concentrations with guaiacol, a molecule common in single-malt Scotch whiskys that gives them a smoky taste.

Water and alcohol don't uniformly mix together. And guaiacol molecules tend to bind to alcohol molecules, says Bjorn Karlsson, a computational chemist from Linnaeus University who co-wrote the paper. Both kinds of molecules are partially repelled by water.

The researchers found in their simulations at lower alcohol concentrations that the taste-creating molecules and the alcohol molecules would cluster on the surface of the glass near the air.

But at higher alcohol concentrations, the molecules associated with taste will spread out through the glass. "When you increase concentration of ethanol, ethanol will sort of be totally at the interface [between the liquid and the air], fill up the total space at the interface and then start to also be found in the bulk" of the glass, Karlsson says. "And then a lot of the taste compounds will then be transferred from the interface into the bulk."

The researchers think the position of these taste molecules in the glass has a big impact on the smell and taste of the Scotch whisky.

If the molecules are right on the surface, as they are in lower concentrations, "the first thing that you will experience on the tongue is what's on the interface." The compounds are also more likely to actually come off the surface as a gas, increasing the drink's aroma.

Karlsson says this helps to explain why whiskey is diluted before bottling. Straight out of the cask, it might be up to 65 percent alcohol by volume, though it is typically then diluted to about 40 percent before bottling.

Adding a few drops of water would therefore continue to increase the concentration of guaiacol molecules at the surface, potentially improving the taste.

How much water should you add? People "want to know what the recipe is, how much water you should actually get to get the best taste out of it," Karlsson says.

And that is not something he claims to have. Even though their research points to a reason why taste might be improved through dilution, the scientists provide no guidelines for how much water to add. Whiskey preferences are personal, and it's "very hard to say something in general," he says.

And whiskey is "among the most complicated products there is in terms of chemical composition," the chemist adds. "So we have selected one component as a model for one group out of many groups found in whiskey."

That component — the one that produces a smoky flavor in single malt Scotch — has chemical similarities to other molecules used to flavor various whiskies, like vanillin. Karlsson says, "It's a fairly high probability that they would behave the same."

Whiskey enthusiasts sometimes say that adding water breaks the surface tension of the drink, allowing more of its aroma to escape. Karlsson says he thinks the team's research supports that theory, because by adding water, "there will be more ethanol molecules at the interface relative [to those] found in the bulk. In turn, that will then lead to a lowering of the surface tension."

And with more of the taste compound at the surface, it's more likely that it will evaporate, he says, which could enhance the aromas.

But it is probably wise to not use a heavy hand watering down your whiskey to improve its taste. Karlsson does suggest that there could be a chemical reason to avoid putting too much water into your whiskey.

"We have receptors on our tongue, in our nose, that are sensitive and depend upon the concentration of the specific components you want to detect with your nose and tongue," he says. "So if it's too diluted there's a risk that you actually don't detect it with your nose or your tongue."

Good luck figuring out the balance that tastes best to you!