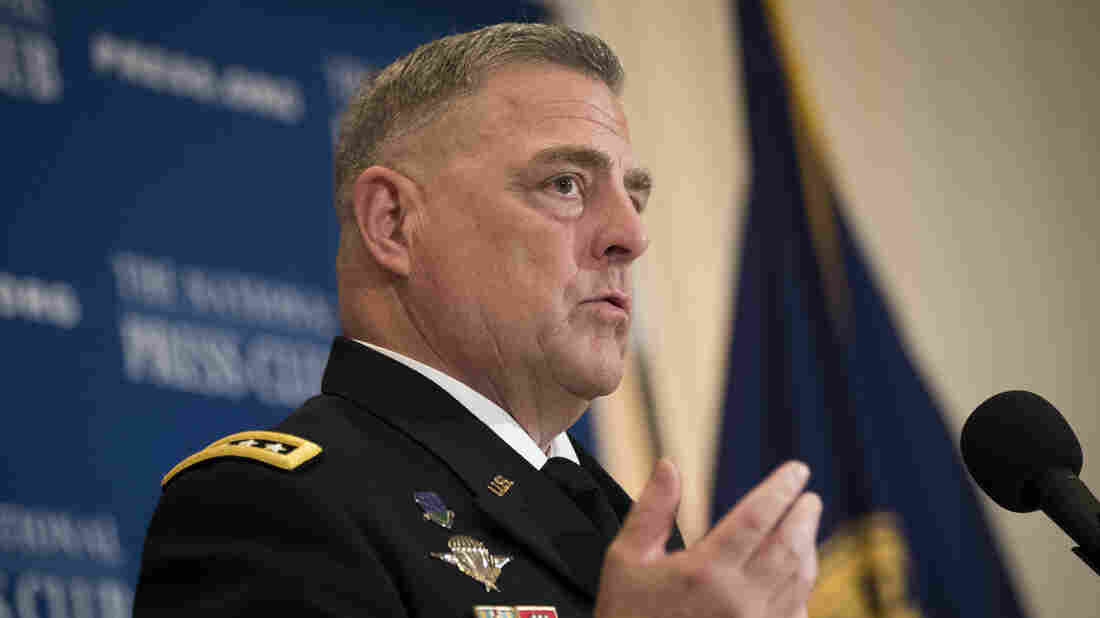 Army Chief of Staff Gen. Mark Milley wrote, "The Army doesn't tolerate racism, extremism, or hatred in our ranks. It's against our Values and everything we've stood for since 1775." Drew Angerer/Getty Images hide caption 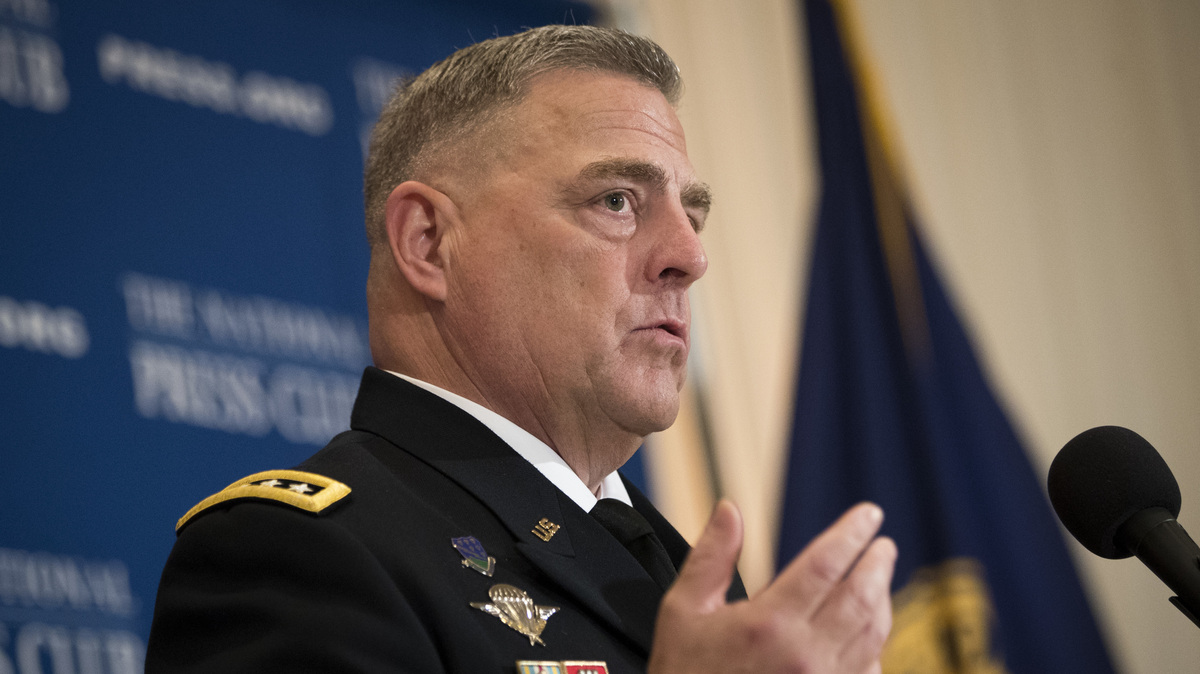 Army Chief of Staff Gen. Mark Milley wrote, "The Army doesn't tolerate racism, extremism, or hatred in our ranks. It's against our Values and everything we've stood for since 1775."

Members of the Joint Chiefs of Staff — high-ranking military officials who advise the president — appeared to distance themselves from President Trump by publicly condemning racism in the aftermath of Trump's comments about the attack in Charlottesville.

Trump has blamed "both sides" for the violence.

Five of the country's top uniformed leaders — of the Army, Navy, Air Force, Marine Corps and National Guard — have all sent tweets critical of "racism," "hatred" and "extremism," after a man who reportedly expressed admiration for Nazism allegedly drove a car into a crowd of people protesting against white supremacy Saturday. One woman, Heather Heyer, was killed, and 19 other people were injured.

The chairman of the Joint Chiefs of Staff, Gen. Joe Dunford, said on Thursday that he hadn't commented yet because he left over the weekend for a trip to South Korea, Japan, and China.

"I can absolutely and unambiguously tell you there is no place — no place — for racism and bigotry in the U.S. military or in the United States as a whole," Dunford told reporters in Beijing Thursday.

Since it was officially integrated in 1948, the U.S. military has often been perceived as being more advanced than the rest of American society when it comes to racial inclusion.

No place for racial hatred or extremism in @USMC. Our core values of Honor, Courage, and Commitment frame the way Marines live and act.

"The shameful events in Charlottesville are unacceptable and must not be tolerated," the Chief of Naval Operations Adm. John Richardson wrote on Facebook and echoed on Twitter on Saturday night, after President Trump first blamed "many sides" for violence. "Our thoughts and prayers go to those who were killed and injured, and to all those trying to bring peace back to the community.

The Army doesn't tolerate racism, extremism, or hatred in our ranks. It's against our Values and everything we've stood for since 1775.

"The Navy will forever stand against intolerance and hatred."

I stand with my fellow service chiefs in saying we're always stronger together-it's who we are as #Airmen pic.twitter.com/9XxOry93nf

I stand with my fellow Joint Chiefs in condemning racism, extremism & hatred. Our diversity is our strength. #NationalGuard

On Monday, Trump read a scripted statement specifically laying blame on the Ku Klux Klan, neo-Nazis and white supremacists for violence. But then he backtracked and doubled down on his initial response on Tuesday, blaming "both sides."

Our WWII Airborne forefathers jumped into Europe to defeat Nazism. We know who we are. We know our legacy.

Air Force Chief of Staff Gen. Dave Goldfein and Chief of the National Guard Bureau Gen. Joseph Lengyel both added that they "stand with" their fellow service chiefs.

It's rare for active high-ranking members of the military to engage in political statements, and especially to publicly appear to distance themselves from the president.

The official Twitter handle of the Army's 82nd Airborne Division also got political, after a photograph circulated Sunday showing a man giving a KKK salute while wearing a hat with the 82nd's insignia.

"Army Lt. Col. Joseph Buccino, the spokesman for the 82nd Airborne who penned the tweets, told The Washington Post that the unit has been inclusive since its inception. It was formed in 1917 with soldiers from all 48 states, and racially integrated since 1947, a year before other military units, he said."