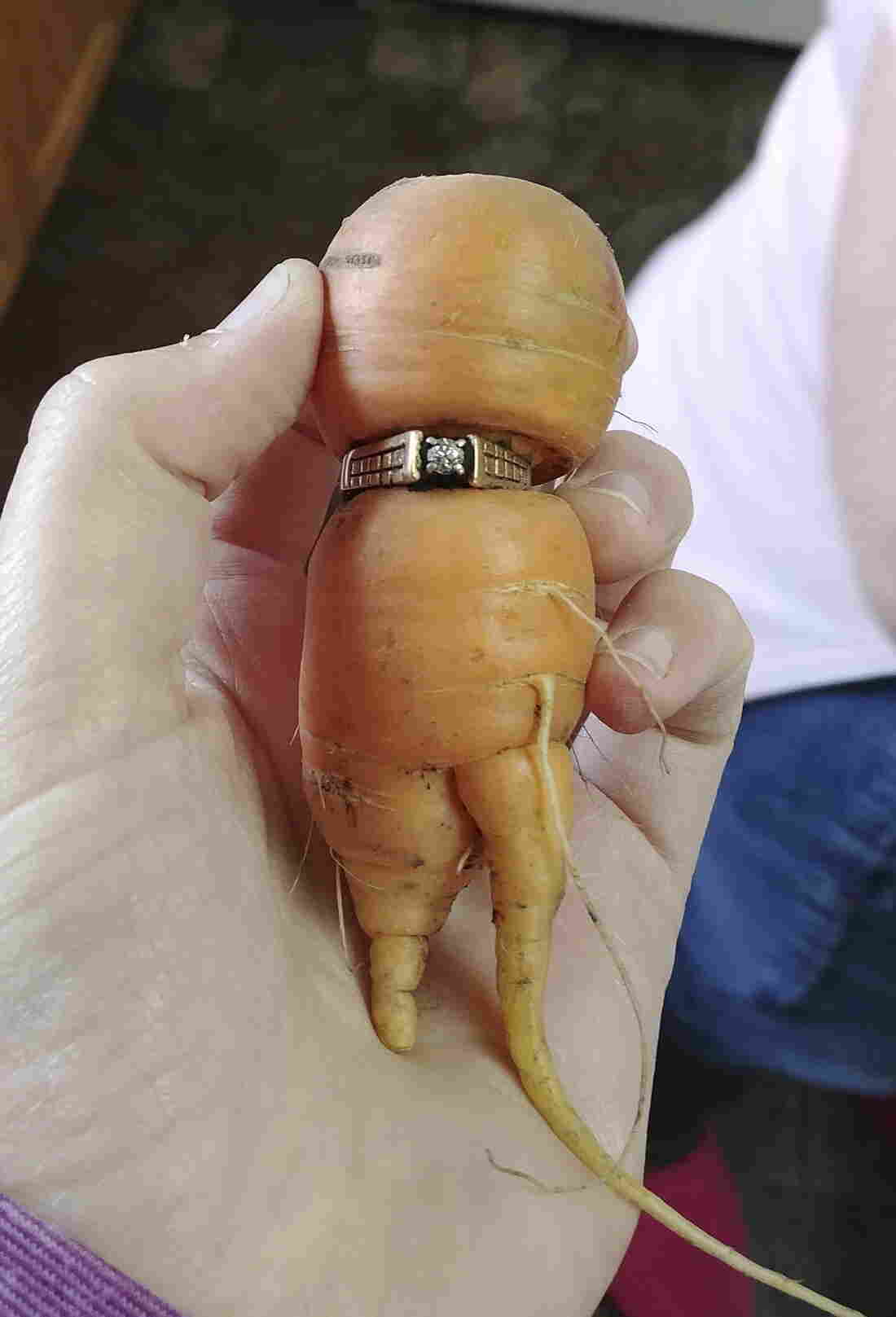 Mary Grams, 84, holds a carrot that grew through her engagement ring in Alberta, Canada. Grams, who lost her diamond ring 13 years ago while pulling weeds in her garden, is wearing it proudly again after her daughter-in-law pulled it from the ground on a misshapen carrot. Iva Harberg/AP hide caption

Thirteen years ago, Mary Grams of Alberta, Canada, was weeding on the family farm when she lost her diamond engagement ring — dating back to 1951.

Grams searched "high and low" but couldn't find it, she told the CBC. She gave up on ever finding the treasured jewelry. And she never told her husband, "because I thought for sure he'd give me heck or something."

Journey Of The Ring: Lost In WWII, Now Back With POW's Son

This week, the ring reappeared — pinched tight around a malformed carrot.

Grams' daughter-in-law, Colleen Daley, lives at the farm now and was "harvesting carrots for supper with her dog Billy," The Associated Press reports.

"Daley said while she was pulling the carrots and noticed one of them looked strange," the AP writes. "She almost fed it to her dog but decided to keep it and just threw it in her pail."

When she washed off the carrot, she found the gem. Her husband quickly figured out it must be his mother's.

Daley said it was "so weird" how the carrot had grown "perfectly" through the ring.

Grams, now 84, is delighted. She says the ring still fits perfectly. Her husband died five years ago, but she told the BBC he was a "joker" who would have been amused by the whole situation.

"This is not the first time someone has found a diamond ring on a carrot," the BBC notes. In 2011, a Swedish woman dug up her lost wedding ring, snug around the top of a carrot, after it went missing in her kitchen 16 years previously and apparently got tossed out with vegetable scraps.