Accessibility links
Spotify Removes Racist Music In Response To Charlottesville : The Two-Way Streaming services, blogs and musicians have been busy this week distancing themselves from white supremacy. 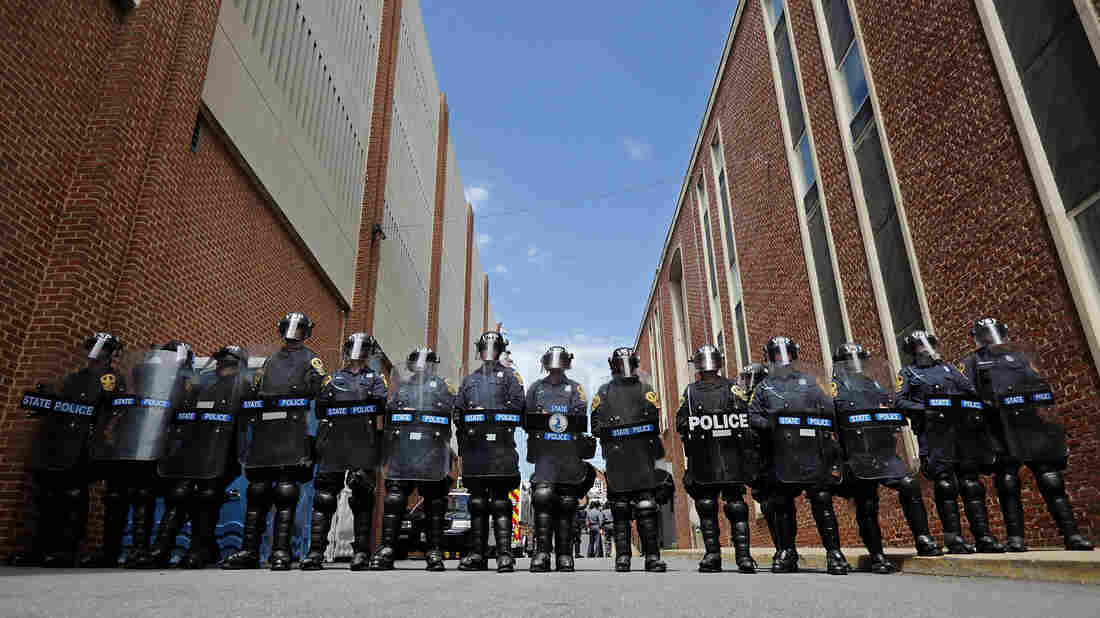 Virginia State Police in Charlottesville, Va., on Sunday, the day after a "Unite the Right" rally ended in violence and the death of a 32-year-old woman. Chip Somodevilla/Getty Images hide caption 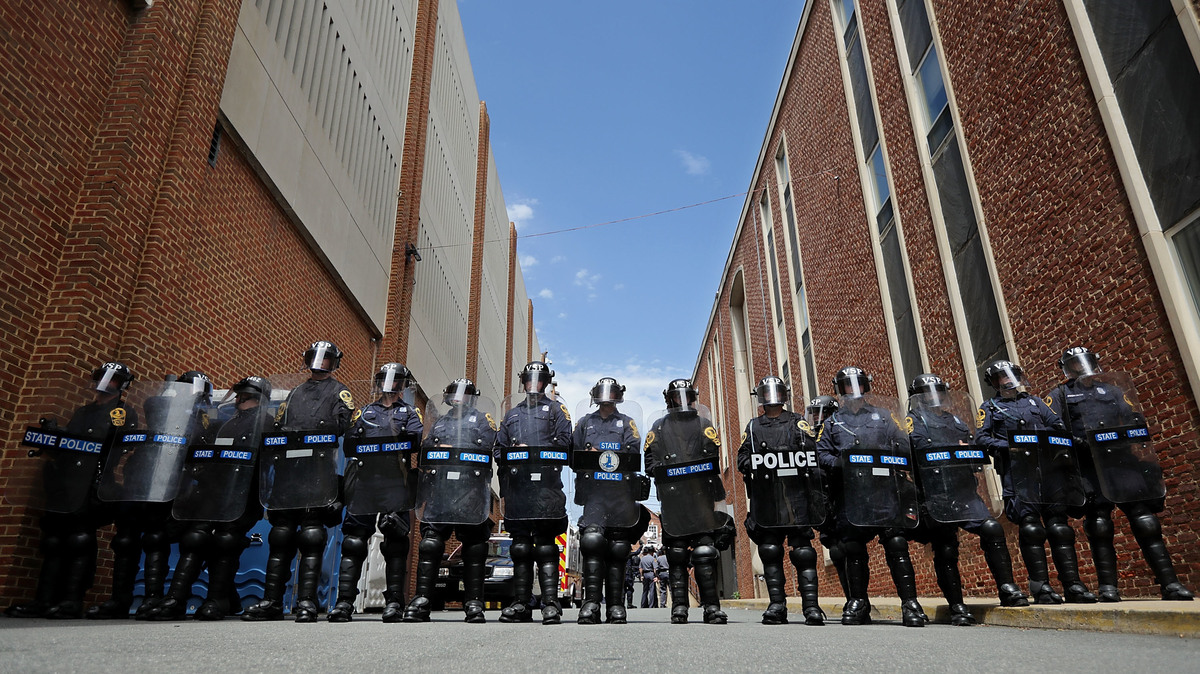 Virginia State Police in Charlottesville, Va., on Sunday, the day after a "Unite the Right" rally ended in violence and the death of a 32-year-old woman.

Spotify and other streaming services have begun removing white supremacist content from their platforms, as websites and musicians alike scramble to distance themselves from the white nationalist movement.

In a statement on Wednesday, Spotify blamed the labels and distributors that supply music to its database but said "material that favors hatred or incites violence against race, religion, sexuality or the like is not tolerated by us. Spotify takes immediate action to remove any such material as soon as it has been brought to our attention."

Tidal, the streaming service partially owned by Jay-Z, seems to be following suit. Two "hate bands" NPR found on the platform on Tuesday had been removed as of Thursday morning.

The existence of racist music on music platforms isn't a new phenomenon. Nearly three years ago, the Southern Poverty Law Center pointed out to Apple and the iTunes Store that they were selling, and thereby profiting from, openly racist, neo-fascist musicians, like the hardcore band Skrewdriver.

In March 2015, the SPLC published a follow-up to its iTunes report that specifically addressed the fact that other digital platforms — most notably, Spotify and Amazon — were continuing to sell such music.

Matt Alpert, the website's managing editor, wrote, "I want to make something very clear to everyone who follows us and reads this site: Wide Open Country vehemently opposes any form of racism. We stand firmly against any type of hatred, bigotry and especially any Nazi scum."

"I felt compelled to say something," Alpert told NPR. "With this particular thing that happened in Charlottesville, we wanted to be clear about how we felt about that and where we stand. Seeing those comments, and seeing them rise to the top [of the post] ... it felt like we needed to say something."

Writing on Facebook Wednesday, country music royalty Rosanne Cash took aim at a "self-proclaimed neo-Nazi" who was photographed wearing a T-shirt with Johnny Cash's face on it. "We were sickened by the association," she wrote, going on to point out that her father's "pacifism and inclusive patriotism were two of his most defining characteristics."

Facebook also took steps this week to make it harder for racist fans to share photos like the one featuring Johnny Cash. The social network drew its own line in the sand, removing the profile pages of Christopher Cantwell, a fascist activist who promotes overthrowing the U.S. government according to the SPLC. Cantwell, who was profiled by Vice while in Charlottesville, says on video that "we're not nonviolent; we'll f****** kill these people if we have to."

Facebook's terms prohibit posting content it classifies as "hate speech, threatening, or pornographic; incites violence; or contains nudity or graphic or gratuitous violence." The dominance of Facebook's platform helped to legitimize voices like Cantwell's through proximity to more legitimate news sources within people's feeds, a problem it says it is working to fix.

In a memo to his staff yesterday, Apple CEO Tim Cook announced his company would donate $2 million and double its employees' donations to human rights groups through Sept. 30. "As a company, through our actions, our products and our voice, we will always work to ensure that everyone is treated equally and with respect," Cook wrote.

Examples of tech's stark responses in the midst of a racist storm of philosophical shrapnel abound. But the connection between Wide Open Country and Spotify is clear — both are finally saying, "We don't want you here."