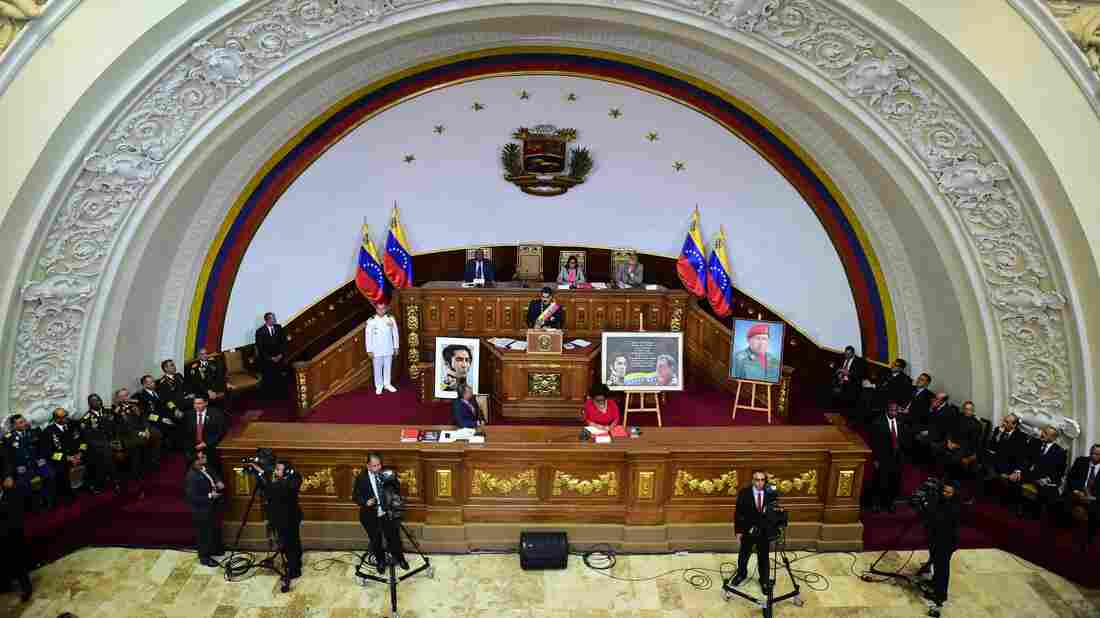 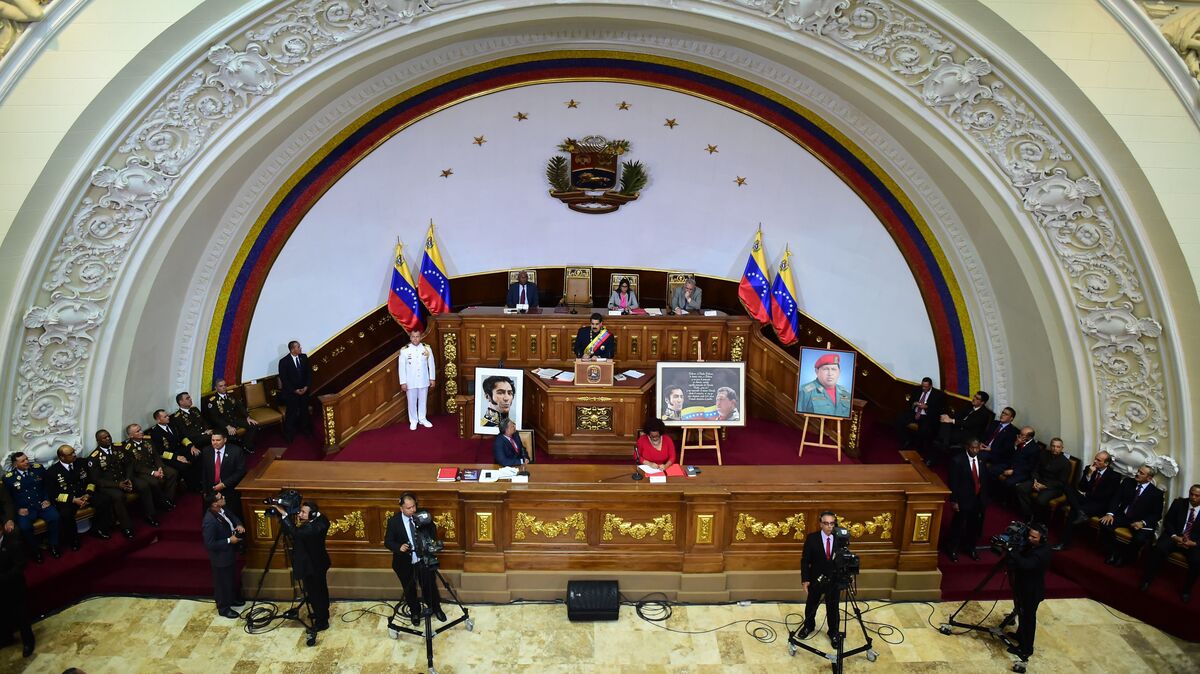 Venezuelan President Nicolas Maduro addresses the constituent assembly earlier this month. The group, which Maduro called for and which enjoys wide-ranging powers, granted itself the ability to pass laws.

The Venezuelan Constituent Assembly, an extremely powerful group called into existence by President Nicolas Maduro, just granted itself another power — one that was once the exclusive province of the country's elected congress: The 2-week-old assembly packed with Maduro supporters decreed Friday it has the power to pass laws.

While the move does not officially dissolve the Venezuelan legislature, it effectively renders the body of lawmakers moot by appropriating its principle responsibility. The Venezuelan congress, which has been filled with opposition politicians since their big wins in 2015 elections, has long been a thorn in the side of a president who has been tightening his hold on power.

As NPR's Philip Reeves notes, the assembly's maneuver Friday marks "another milestone in a rapid journey toward dictatorship."

As the pro-Maduro legislative superbody accumulates powers, the Venezuelan president and his Socialist Party now enjoy wide-ranging influence over every branch of government — including the Supreme Court, whose abortive attempt to nullify the country's opposition-controlled congress at the end of March helped set off months of violent unrest.

Earlier this year, amid the rampant protests against his administration, Maduro called for the election of the Constituent Assembly to rewrite the country's 18-year-old constitution. He did not allow voters a say in whether they wanted such a group — only in which pro-Maduro politicians they wanted as its members.

Since the controversial vote was held, many international observers — including the U.S. — have censured Maduro's government for what they called a "sham election." In the process, Maduro became only the fourth sitting head of state to be sanctioned by the U.S. government.

Still, Maduro allies deride the outside criticism as overblown and driven by foreign powers seeking to undermine his government.

"Those lazy bums have to work," Delcy Rodriguez, president of the assembly, said Friday of the opposition lawmakers, according to Reuters. She says the move does not amount to a power grab. Rather, she said, "What we are doing is telling them 'Gentlemen, we are not going to let you take a holiday.' "

The wire service notes the congressional lawmakers rejected the assembly's invitation to attend the session, saying the group "was fraudulently created and usurped their powers."

"The Constituent Assembly is null, and its acts are illegal and unconstitutional," the opposition tweeted, as translated by The Washington Post. "The National Assembly [Venezuela's congress], the international community and the people will not abide by the annulment decision."

For now, though, the opposition faces diminishing options in its struggle against Maduro, who — after months of protests, the deaths of more than 120 people in the unrest, and thousands more arbitrary detentions — now appears to have a stronger hold on power than ever before.