Accessibility links
Oldest Kids In Class Do Better, Even Through College : The Two-Way Starting kindergarten later could boost kids' grades and improve their odds of attending a top college. Being the youngest kid in class can hurt their academic performance.

Oldest Kids In Class Do Better, Even Through College

Oldest Kids In Class Do Better, Even Through College 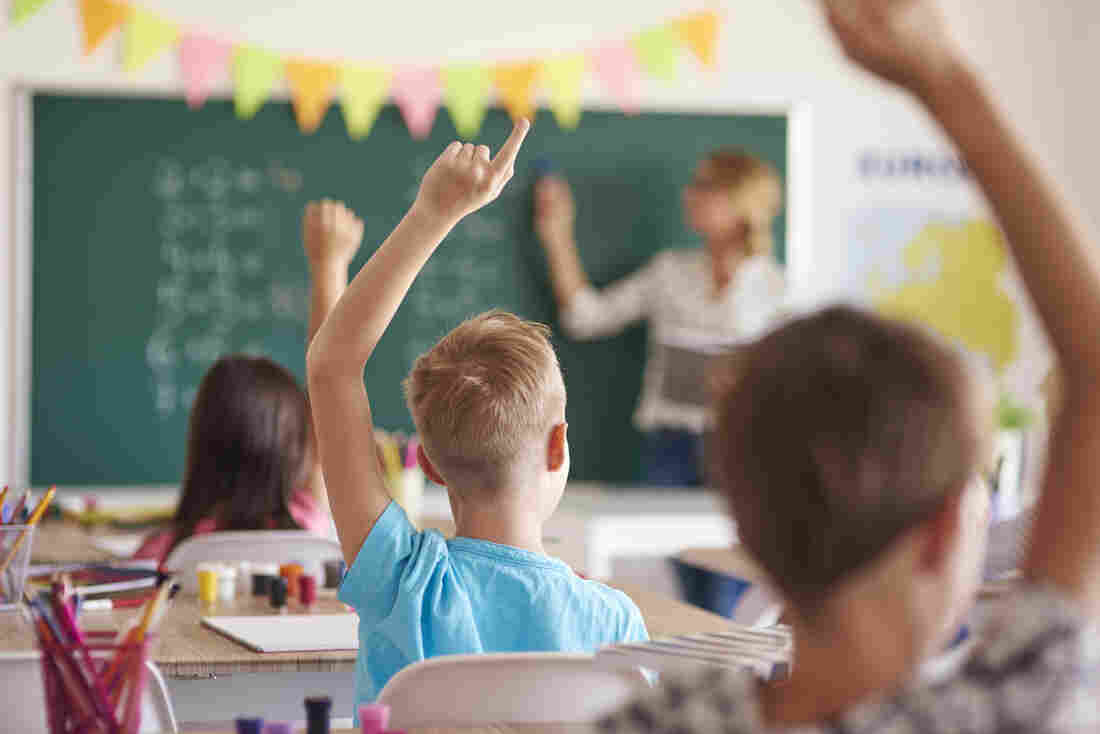 Children who start school at an older age do better than their younger classmates and have better odds of attending college and graduating from an elite institution. That's according to a new study from the National Bureau of Economic Research.

Many parents already delay enrolling their children in school, believing they'll do better if they're a bit older. It's sort of "academic red-shirting," says one of the study's authors, David Figlio, an economist at Northwestern University, using a term that originated in college athletics and refers to recruits who are held out of games for a year.

The study focused on differences between Florida children born just before and after the Sept. 1 cutoff date for starting kindergarten. That means the youngest children in any class were born in August and the oldest in September of the previous year. Figlio and his co-authors found that, on average, demographically similar September-born children performed better than their younger August-born classmates, all through their academic careers.

Previous studies have also concluded that older children do better in school, but there were still questions about whether the advantage continued beyond a few years. This new research found that the advantage extends through college. In an interview with NPR, Figlio said that if you look at test scores, the achievement gap could be equivalent to about 40 points on the 1600-point SAT.

Study: Holding Kids Back A Grade Doesn't Necessarily Hold Them Back

Figlio said the study's most surprising finding was that the gap between August- and September-born children occurs at all socioeconomic levels and is not easily closed, even in high-income families. The Florida birth and education data allowed the researchers to compare the performance of August- and September-born children in the same families. Even in high-income families, says Figlio, there was a gap in achievement between children who started school at a young age and siblings who started when they were older.

Figlio says that surprised him because he thought high-income families would have the resources needed to close the gap between siblings.

There's no clear remedy to the problem, he says. But he believes educators and officials should look for solutions. Figlio says one possibility may be grouping same-age students in separate classes, rather than having classes where some children can be nearly a year younger than their oldest peers. He says that in the early primary years, the cognitive and social differences between children who are nearly a year apart can be very dramatic, and teaching for each group could be tailored to their development levels.

'Helping Children Succeed' Starts At Birth; A Case For The Power Of Nurture