Accessibility links
President Trump To Skip Kennedy Center Honors To Honor Lionel Richie, Gloria Estefan, L.L. Cool J : The Two-Way Three of the five honorees had already spoken out against the president and said they either planned to boycott a White House event or were considering it. 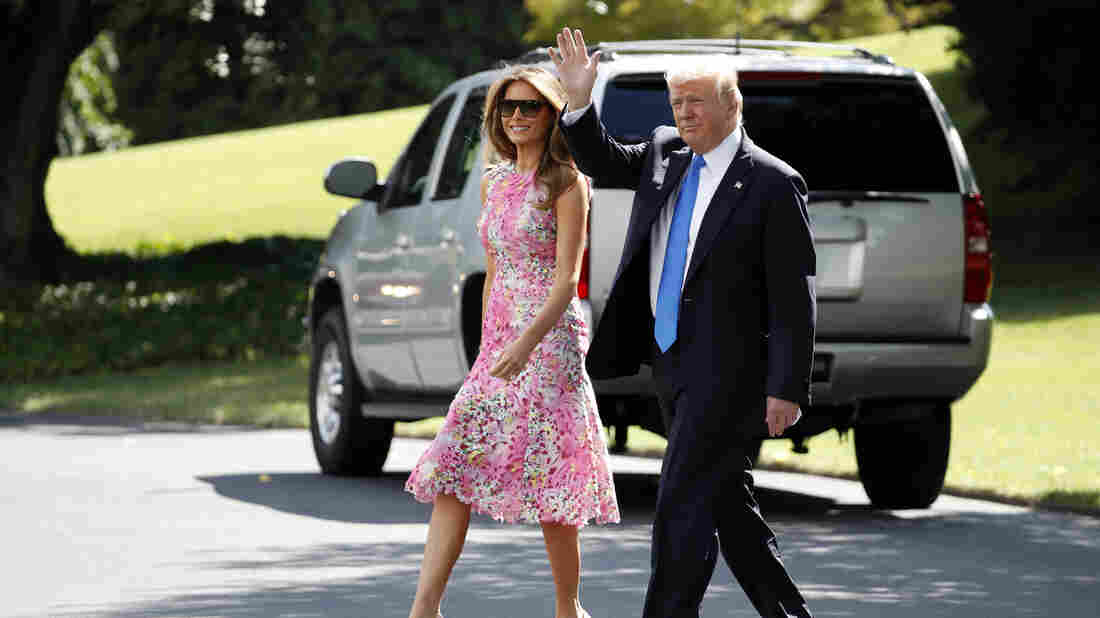 President Trump and first lady Melania Trump will skip the Kennedy Center Honors later this year. It will be the fourth time in 40 years of the event that the sitting president won't be attendance. Alex Brandon/AP hide caption 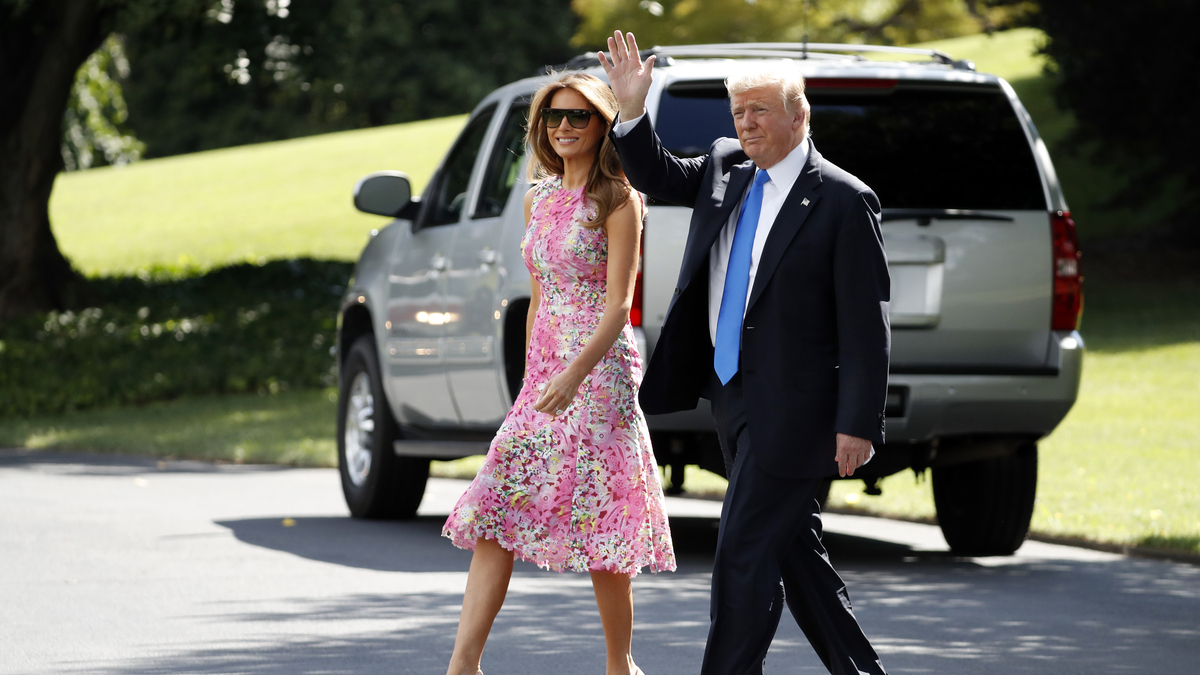 President Trump and first lady Melania Trump will skip the Kennedy Center Honors later this year. It will be the fourth time in 40 years of the event that the sitting president won't be attendance.

President Trump will skip the annual Kennedy Center Honors this year to allow the "artists to celebrate without any political distraction," the White House said Saturday.

Three of the five artists set to be honored had either expressed a specific intent to boycott the traditional White House reception before the event or were said to be considering it.

"First Lady Melania Trump, along with her husband President Donald J. Trump, extend their sincerest congratulations and well wishes to all of this year's award recipients for their many accomplishments," said White House press secretary Sarah Huckabee Sanders in a statement.

The decision to skip the honors, scheduled for Dec. 3, is a notable one. It will be just the fourth time in the event's 40 years that a president will miss it.

President Bill Clinton skipped in 1994 because he was headed to Budapest, Hungary, as the New York Times reports, President George H.W. Bush missed 1989 because of a summit in Malta, and Jimmy Carter skipped in 1979 because of the Iran hostage crisis.

"The President and First Lady have decided not to participate in this year's activities to allow the honorees to celebrate without any political distraction," Sanders said.

In the time since the Kennedy Center announced the award recipients earlier this month, it became clearer and clearer the event would become politically charged.

Legendary television producer Norman Lear, who was a creative force behind the 1970s sitcoms The Jeffersons, Sanford and Son and One Day at a Time, was the first to speak out, in early August.

As Trump Mulls Funding Cuts For The Arts, An Artist Argues Against The NEA

"As an artist and a human being, I cannot celebrate this incredible honor ... at a White House that has no interest in supporting the Arts and Humanities," he told NPR's Elizabeth Blair.

On Twitter, he said, "Of course, I'm accepting the honors. What I'm not accepting is the @WhiteHouse reception with @realDonaldTrump."

Dancer and choreographer Carmen de Lavallade posted a statement on her website that said she would not be attending the White House reception "in light of the socially divisive and morally caustic narrative that our existing leadership is choosing to engage in, and in keeping with the principles that I and so many others have fought for."

Singer Lionel Richie told Today that he hadn't made a decision about whether he would attend but that he would "play it by ear" as the ceremony got closer.

"I must tell you that I'm not really happy with the controversies. They're weekly, daily, hourly," Richie said. "I understand where we are at as a country right now is going backwards, but all we can do is sit here and hold our breaths for a while."

The other two artists being honored are rapper LL Cool J and singer Gloria Estefan. Both had indicated a willingness to attend events at the White House, although Estefan told The New York Times that she planned to use the event to highlight the positive contributions immigrants have made in America.

The Kennedy Center released a statement after Trump's announcement, saying the pre-gala White House reception would no longer take place, but that all five recipients were expected to attend the rest of the weekend's events.

The announcement also unquestionably furthers a growing divide between Trump and the arts community.

And on Friday, all 16 members of the President's Committee on the Arts and the Humanities resigned in protest to the way Trump responded to last weekend's events in Charlottesville, Va., in which violence at a white nationalist rally led to a woman's death when a car plowed into a crowd of counterprotesters.

"The Administrations refusal to quickly and unequivocally condemn the cancer of hatred only further emboldens those who wish America ill," the committee, which includes prominent artists, authors, architects and performers, wrote in a letter. "We cannot sit idly by, the way your West Wing advisors have, without speaking out against your words and actions.

And in an apparent coded message, the first letter of each paragraph of the letter spelled out the word "resist."

Dear @realDonaldTrump, attached is our letter of resignation from the President's Committee on the Arts & the Humanities @PCAH_gov pic.twitter.com/eQI2HBTgXs