Accessibility links
Jerry Lewis, Comic Icon And Titan Of Telethons, Dies At 91 : The Two-Way Lewis, whose comedic duo with Dean Martin launched him to the peak of showbiz, starred and directed in dozens of films. He was perhaps just as famous for his charity work fighting muscular dystrophy.

Jerry Lewis, a comedic fixture on big screens and charity telethons for decades, has died at the age of 91.

His death was first reported by the Las Vegas Review-Journal and confirmed by NPR with his publicist and spokeswoman Candi Cazau.

"Famed comedian, actor, and legendary entertainer Jerry Lewis passed away peacefully today of natural causes at 91 at his home in Las Vegas with his family by his side."

The son of small-time entertainers who were always on the road, Lewis spent a lot of time with a rotating cast of relatives. As he told TV interviewer David Susskind in 1965: "I was a rent-a kid-a-day club, you know? Who wants Jerry this week?"

When he got a bit older, he stepped on stage himself and gradually developed his own act — but it was not until 1945, when he met the suave singer Dean Martin, that he found broad stardom. Lewis was just 19; Martin was 28. Together as an odd-couple team over the next decade, Martin and Lewis went on to become the highest-paid comedy act in the U.S., earn their own radio and TV shows, and delight audiences with 16 films. 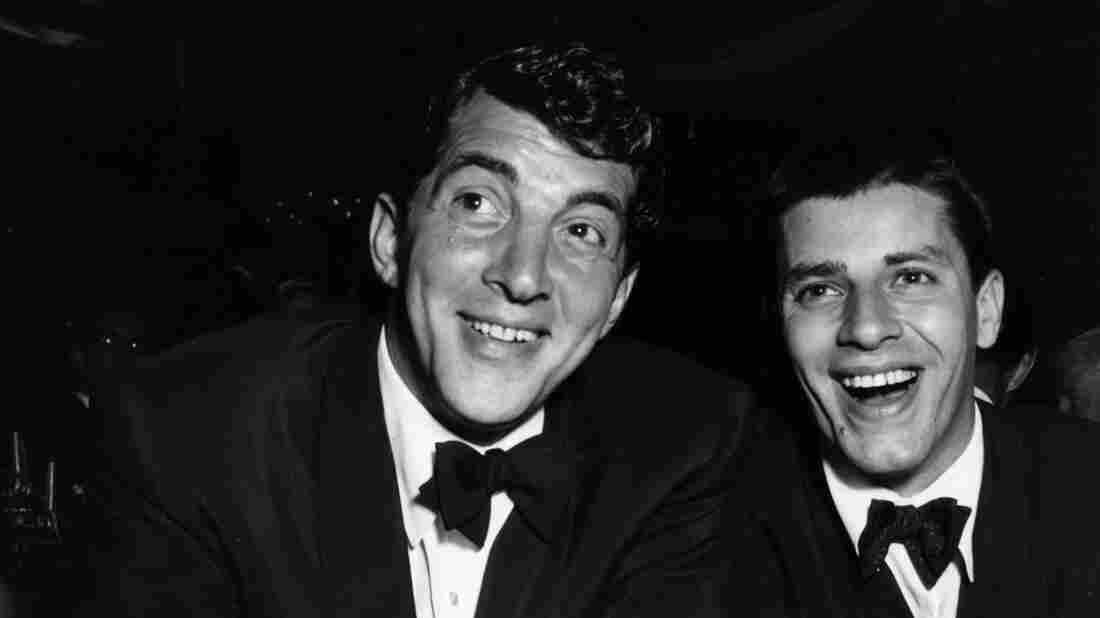 Dean Martin (left) and Jerry Lewis in 1953. They met in 1945, and over the next decade went on to become the highest-paid comedy act in the U.S. Express Newspapers/Getty Images hide caption 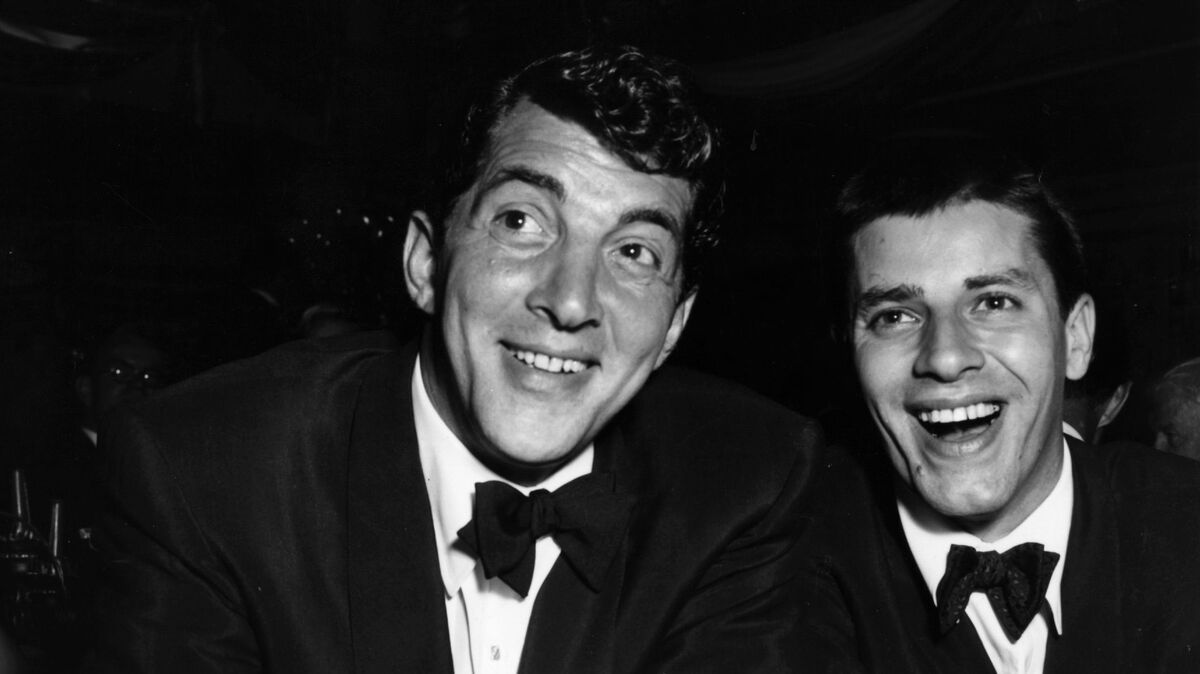 Dean Martin (left) and Jerry Lewis in 1953. They met in 1945, and over the next decade went on to become the highest-paid comedy act in the U.S.

"They were paying for two men to let an audience see how much fun they were having, and the love that went on between the older guy and the younger guy," Lewis told Fresh Air's Terry Gross in 2005. "When we were able to project that to an audience, we had them in our pockets from Day 1."

The partnership fell apart in 1956, and Martin and Lewis hardly spoke to each other for decades after — but, Lewis said, "we never, ever fell out of love."

Going solo freed Lewis to write, direct and star in his own movies. An early adopter of new film and video technology, he pioneered the now-standard practice of placing a video monitor on the film camera to provide immediate feedback to the director on how a scene looks. He used the technique for all of the films he directed — including his biggest hit, The Nutty Professor.

In that comedic spin on The Strange Case Of Dr Jekyll And Mr Hyde, Lewis plays both the eponymous academic and chemically liberated id, the smug hipster Buddy Love. Co-star Stella Stevens says that when it came time for Lewis to revert from irresistible bully to shy professor Julius Kelp, he could hardly bear to do it.

"Jerry Lewis was as much a chick magnet as Dean Martin was at all times. He did have all those qualities. He didn't add something in that was not him," she recalls of Love, Lewis' twist on Hyde. "Those are probably his fondest wishes of how he could be bad ... and that was the baddest he could think of."

Biographer Shawn Levy said Lewis' struggle was not surprising, given the almost confessional air about the film.

"There's something very, very personal about that film, very revelatory," he says.

"Jerry as a solo director and performer made a lot of films about multiple personalities," Levy continues, "there's two Jerry Lewises in The Bellboy, there's five or six in The Family Jewels, there's three in Three On A Couch ... but in The Nutty Professor, I think it's the only one where you have a contrast between the nebbish Professor Kelp, who invents something, and then this guy who kind of destroys it, who much more resembled the off-camera Jerry Lewis than any other character he ever played."

Levy says that Lewis could be brusque and self-confident. Martin Scorsese, who directed Lewis in The King of Comedy, says Lewis could be intimidating, too.

#OTD 1926: Jerry Lewis was born. "People hate me because I am a multifaceted, talented, wealthy, internationally famous genius" pic.twitter.com/YYgwFBBmI9

"Could be gracious, could be difficult, and is the kind of person who walks into his office or an area and people just move aside," Scorsese says, adding that Lewis was also a great filmmaker — "very precise, very brilliant," right up there with Buster Keaton and Charlie Chaplin.

A notoriously prickly personality, Lewis also had a nagging habit of stirring controversy — especially "with insensitive remarks about women, gays and people with disabilities," as NPR's Pam Fessler reported in 2011.

By the time Scorsese directed him in 1983, Lewis' own filmmaking career had largely stalled — but Lewis had found another spotlight in 1966, leading live telethons on behalf of the Muscular Dystrophy Association. In nearly half a century of hosting the telethon, he helped raise more than $2 billion to combat the disease and aid its youngest victims, dubbed "Jerry's Kids."

And Lewis was such an entertainment powerhouse early in his career that he'd acquired the rights to his films, which allowed him to cash in on Eddie Murphy's 1996 Nutty Professor remake and its 2000 sequel. In 2012 Lewis turned The Nutty Professor into a stage musical, which he directed himself, at the age of 86.

For all his success, innovation and popularity — notably in France, where the government gave him the Legion of Honor, the country's highest civilian award — Lewis was never much of a hit with the critics. He received few honors for his acting or directing before his lifetime achievement awards, such as the Oscars' Jean Hersholt humanitarian award, began rolling in.

Still, he never retired, starring as recently as 2016 in the film Max Rose. When asked by the Hollywood Reporter — in a remarkable case study of Lewis' often abrasive manner — why he and other older comedians kept actively working, Lewis answered simply: "Because we do it well."

"To hear an audience laugh — you go to any extreme, because that's your lot in life."

A previous caption on a 1953 photo of Dean Martin and Jerry Lewis misidentified Martin as being on the right in the image. In fact, Martin is on the left.