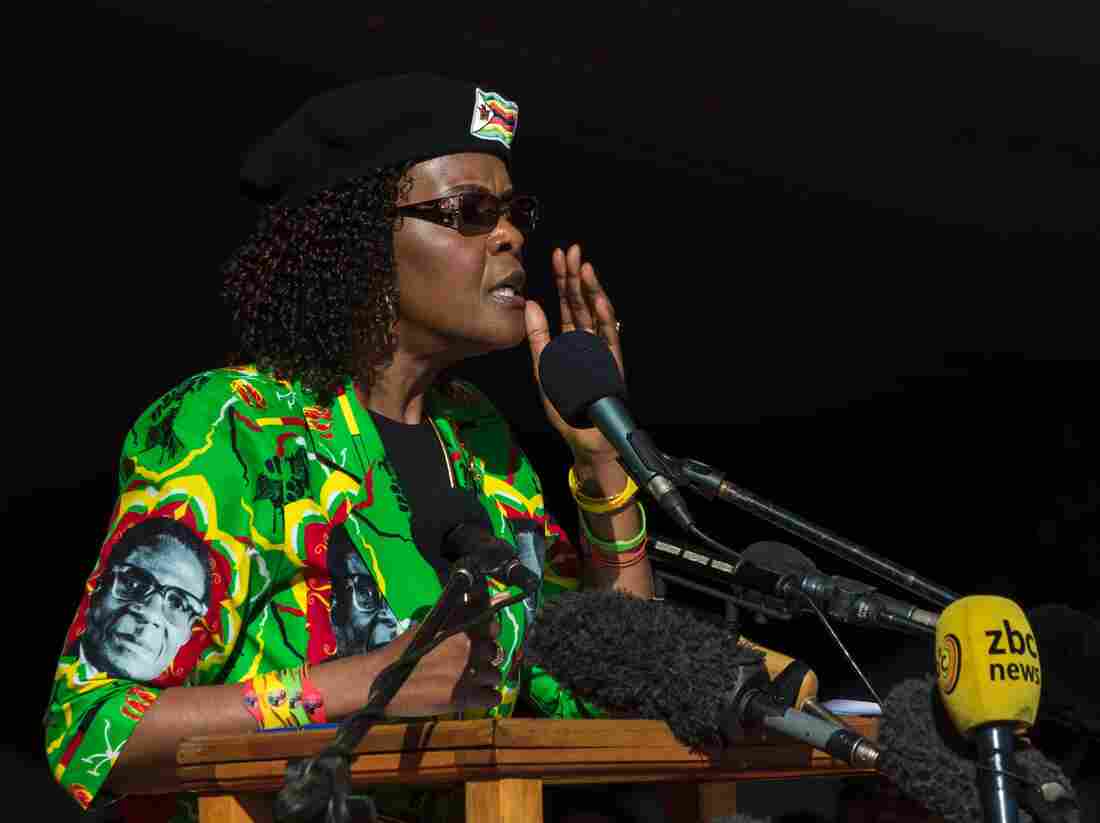 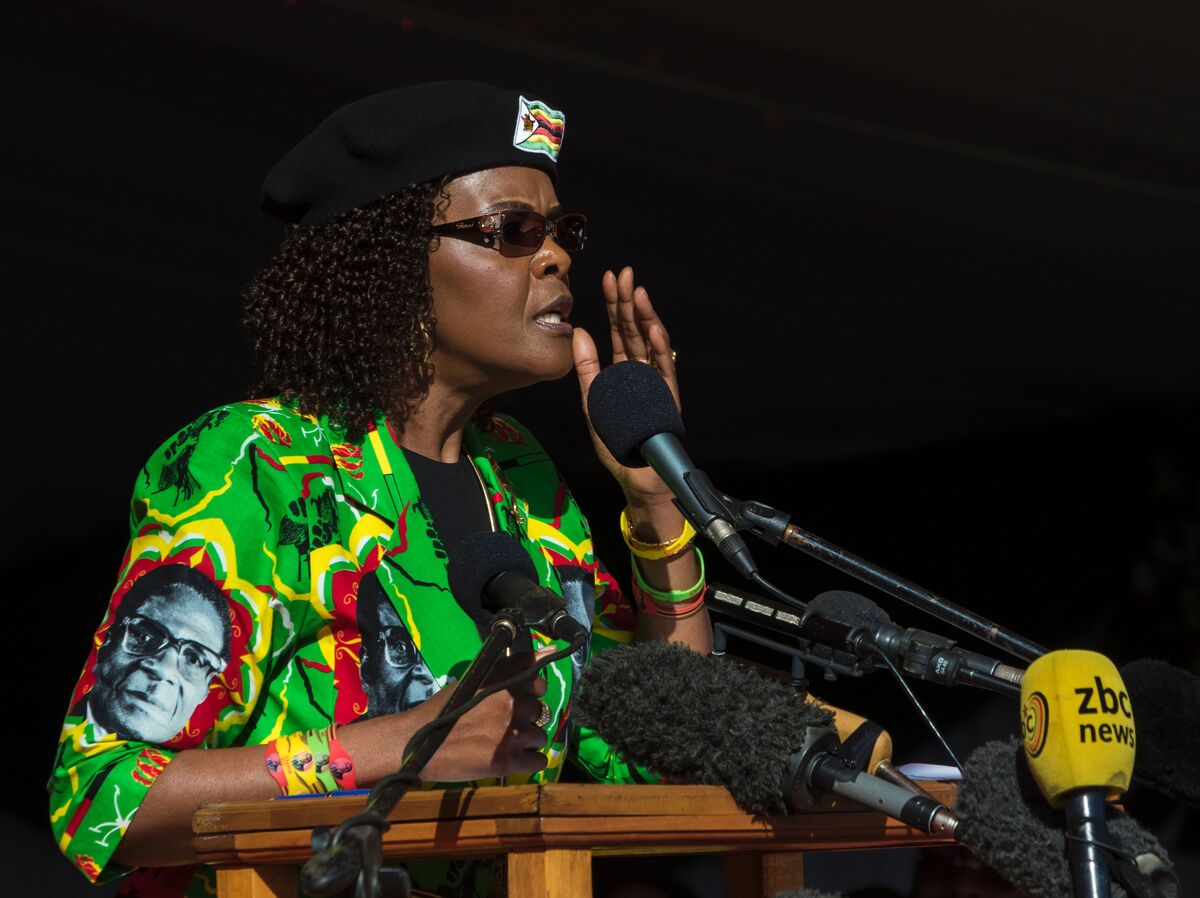 South Africa granted diplomatic immunity to Zimbabwean first lady Grace Mugabe after she was accused of assaulting a young woman at a Johannesburg hotel. Above, Mugabe addresses a youth rally in June.

Zimbabwean first lady Grace Mugabe returned home to Harare on Sunday after being granted diplomatic immunity by South Africa, where she is accused of assaulting a young model with an extension cord.

South Africa's foreign minister, Maite Nkoana-Mashabane, signed the notice granting diplomatic immunity, saying she was "acting in the interest" of South Africa in recognizing "the immunities and privileges" of Mugabe.

It's an apparent reversal for South African authorities. Last week, South African police said they had implemented a "red alert" for Mugabe at the country's borders after she failed to turn herself in. Officials had said that "since she's not a head of state, diplomat or cabinet official, she would not be covered by diplomatic immunity," Peter Granitz reported previously for NPR.

What a complete disgrace. This administration has no shame👇🏻 pic.twitter.com/kegE8LtJCj

John Steenhuisen, chief whip of the opposition party Democratic Alliance, called the immunity "a complete disgrace" and called for a parliamentary inquiry. He said the ruling ANC party "has turned South Africa into a playground for the political elite and their criminal associates to act with impunity," The Sowetan reports.

South Africa's Department of International Relations told the Mail & Guardian that Nkoana-Mashabane's decision had been difficult but was warranted.

"The minister has made the determination that the conferring of diplomatic immunity is warranted in this particular instance. The department wishes to convey the message that the minister has agonised over this matter and the decision was not an easy one to make," it said in a statement.

In 2015, Sudanese President Omar al-Bashir was able to leave South Africa though he was wanted by the International Criminal Court on charges of war crimes and genocide in Dafur. Last month, the ICC strongly criticized South Africa for not arresting al-Bashir.

This is not Mugabe's first alleged assault, or her first time receiving diplomatic immunity.

Hong Kong's Department of Justice granted Mugabe immunity in 2009 after she was accused of repeatedly punching a British photographer who tried to take photos of her.

The legal team for Gabriella Engels, the 20-year-old model who says she was struck by Mugabe, said last week that she had rejected a proposed settlement. It's now unclear whether the legal case will proceed.

"[I]t would be almost impossible to pursue any criminal charge now that Grace Mugabe is back in Zimbabwe, though it may well make her future travel to South Africa more complicated," Hannah Woolaver, senior lecturer in international law at the University of Cape Town, told The New York Times.

As NPR's Colin Dwyer reported last week, Engels said she was assaulted without warning in a hotel room:

"The 52-year-old Mugabe — wife of Robert Mugabe, the country's leader of more than three decades — allegedly confronted Gabriella Engels, 20, at a hotel where she had been "chilling" with her friends on Sunday evening. Mugabe's two 20-something sons, Robert Jr. and Chatunga, had been in another room nearby, Engels told TimesLIVE.

" 'Her bodyguards just stood back and watched her beat me and my friend,' she told CapeTalk radio station.

"Engels said that by the time she crawled from the room, 'there was blood everywhere — over my arms, in my hair, everywhere.' "