Accessibility links
Suspect In Finland Stabbing Rampage Identified As 18-Year-Old Moroccan : The Two-Way Police in Finland say the man suspected of killing two people and injuring six others in the city of Turku Friday is an 18-year old Moroccan citizen who was previously known to authorities. 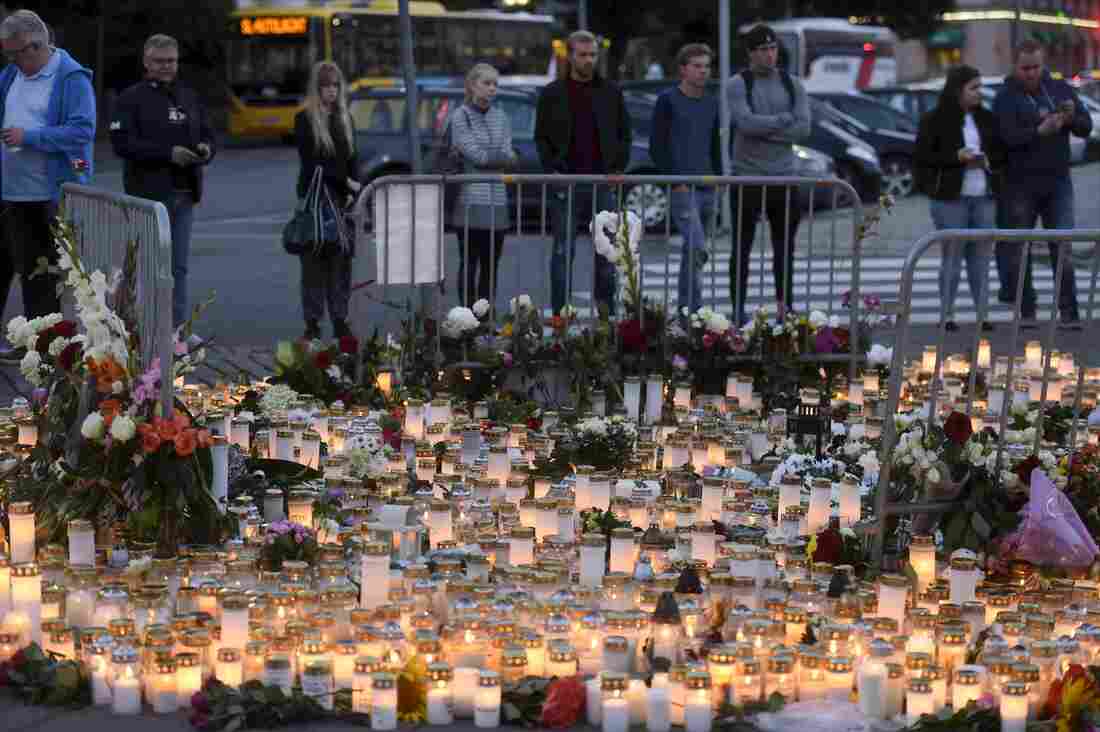 Candles and flowers left at the makeshift memorial for the victims of Friday's stabbings at the Turku Market Square, Finland. Vesa Moilanen /AFP/Getty Images hide caption 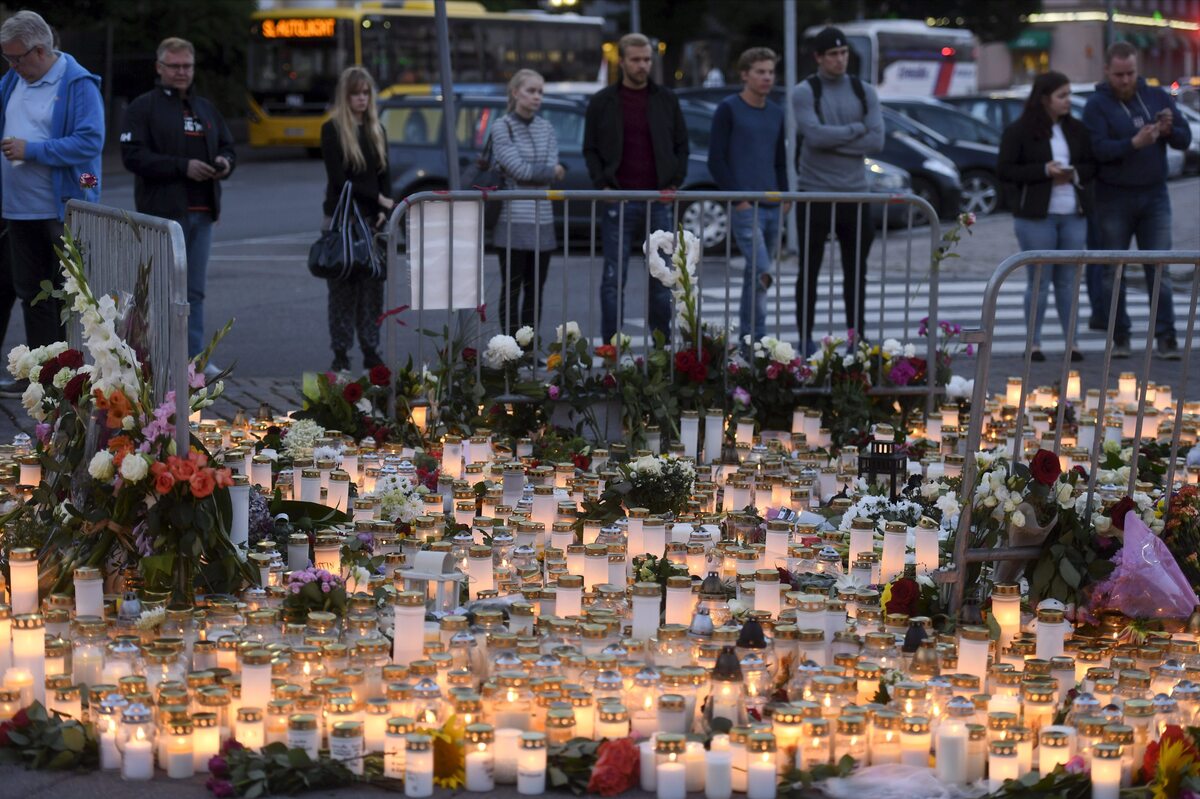 Candles and flowers left at the makeshift memorial for the victims of Friday's stabbings at the Turku Market Square, Finland.

Police in Finland say the man suspected of going on a stabbing rampage in the city of Turku, killing two people and injuring six others, is an 18-year old Moroccan citizen who was previously known to authorities.

Finland recently rejected his application for asylum, according to the public broadcaster YLE.

The attack unfolded Friday afternoon in the center of Turku, about 100 miles away from the capital, Helsinki. Police say both of those killed were Finnish – one born in 1951 and the other in 1986. An Italian and two Swedes were among the injured, according to police.

This attack is the "first in Finland to be associated with religious extremism," according to The New York Times.

Police say the suspected perpetrator will use a video link from the hospital in order to appear at a court session tomorrow.

Robin Lardot, the director of Finland's National Bureau of Investigations, told YLE that Finnish authorities had rejected the suspect's asylum application. The suspect had filed an appeal, he told the broadcaster.

YLE reports that police received a tip about the suspect in early 2017, saying that he "appeared to be radicalized and was interested in extreme ideology." The police later notified the country's intelligence services, which found "no concrete information about a terrorist attack."

"Authorities have received over one thousand similar tips in the last two years," Finnish Security Intelligence Services communications chief Jyri Rantala told YLE. "We try to follow up on each of them, but processing them requires serious prioritization."

Authorities also detained four other Moroccans in the case, YLE reports. They are "suspected of involvement in the murders and attempted murders." According to police, the "men have denied that they were involved."

Heimu Nurmi, who works at the Red Cross reception center in Turku, told Reuters that three of those arrested lived there and were seeking asylum, including Mechkah. He adds: "It is very difficult to get asylum if you come from Morocco. Maybe because there are no big reasons to have it granted."

The wire service reports that "in 2016, 155 Moroccans applied for asylum in Finland. Only 20 were granted."

No militant group has claimed responsibility for Friday's attack, Reuters reports, but "police are investigating possible links to Thursday's van attack by suspected Islamist militants in the Spanish city of Barcelona, where 13 people were killed."