Accessibility links
Train Crash Near Philadelphia Injures More Than 40 People : The Two-Way A commuter train smashed into an unoccupied train car at the 69th Street Terminal station, 10 miles west of the city. Officials say none of the injuries were life-threatening.

More Than 40 People Injured In Train Crash Near Philadelphia

More Than 40 People Injured In Train Crash Near Philadelphia 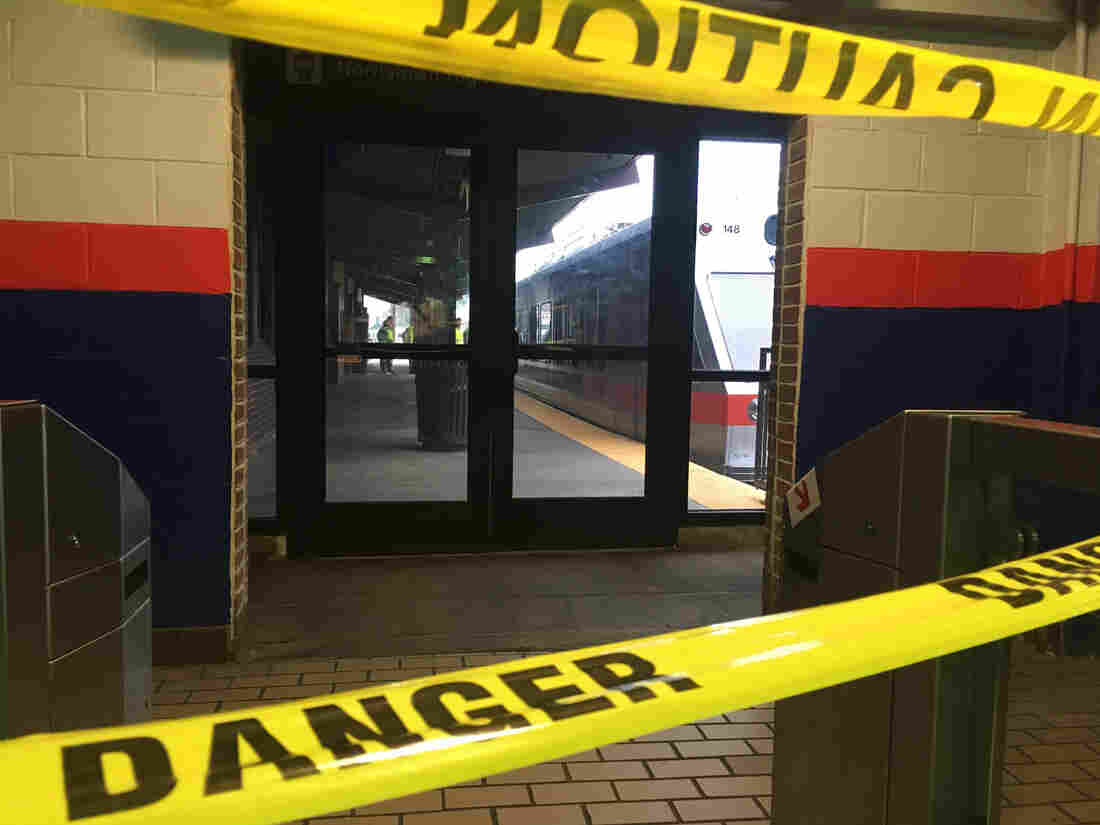 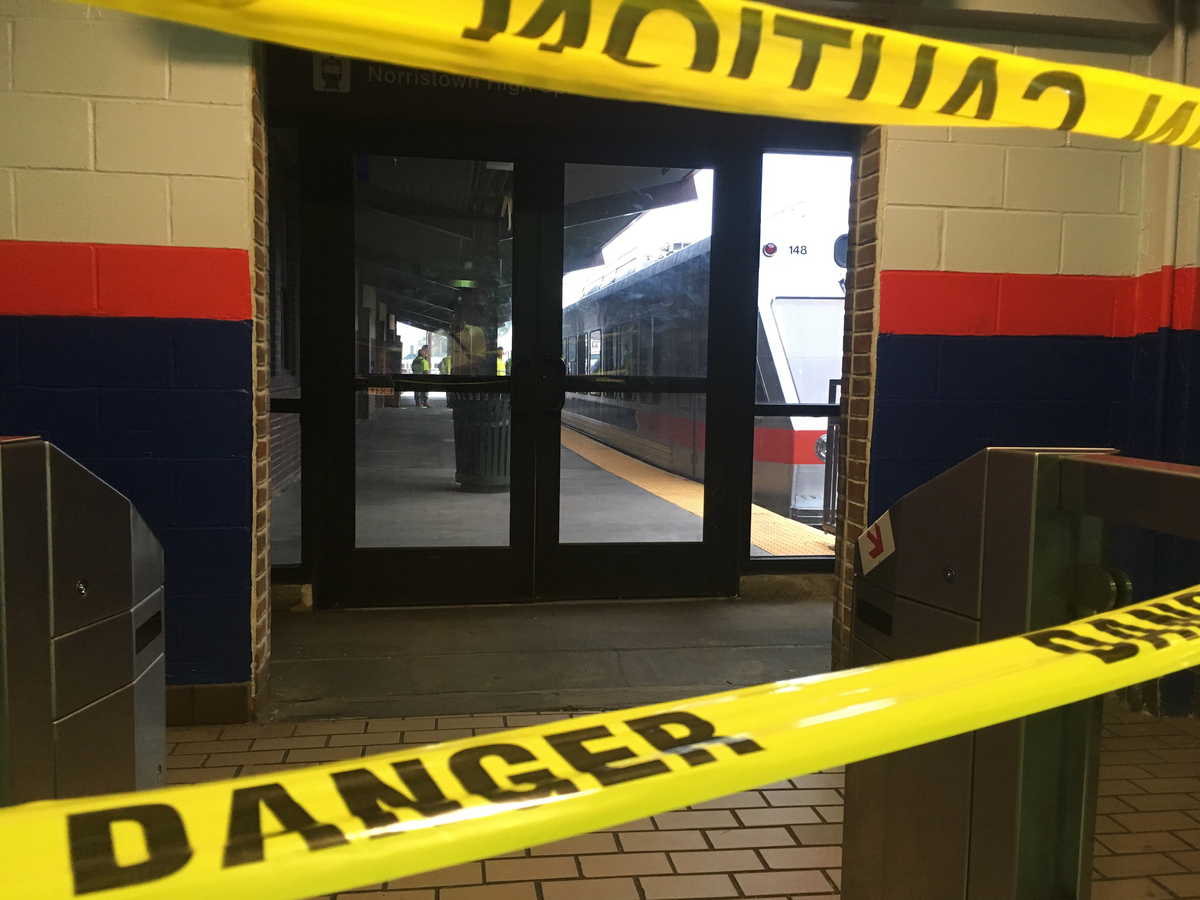 Police tape blocks off a train track at the 69th Street Terminal in Upper Darby, Pa., after a train crash early Tuesday.

A commuter train outside Philadelphia smashed into a parked train car, hurting 42 passengers early Tuesday, but an official said none of the injuries were life-threatening.

The Norristown High Speed Line train was pulling into the station when it hit a second, unoccupied train car. The operator was among those injured, she said.

"The injuries appeared to be non-life threatening for all passengers and the operator," Redfern said. "It's all under investigation at this point."

The Associated Press quotes Upper Darby Mayor Nicholas Micozzie as saying that four of those hurt were in critical condition.

"There was blood everywhere," one witness, identified only as Ronnie, told Philadelphia's CBS affiliate. "There was this driver all banged up and there was this one girl bleeding out of her face pretty bad."

The National Transportation Safety Board tweeted that it was sending a team to investigate the SEPTA crash.

In February, four people were injured at the same terminal when a train smashed into the back of another train. And, in 2015, an Amtrak train derailed near Philadelphia, killing eight people and injuring 180.