Accessibility links
White Nationalist Christopher Cantwell Surrenders After Charlottesville Violence : The Two-Way "I think that a lot more people are going to die before we're done here, frankly," Cantwell said in a VICE News Tonight documentary about the "Unite the Right" rally in Charlottesville, Va. 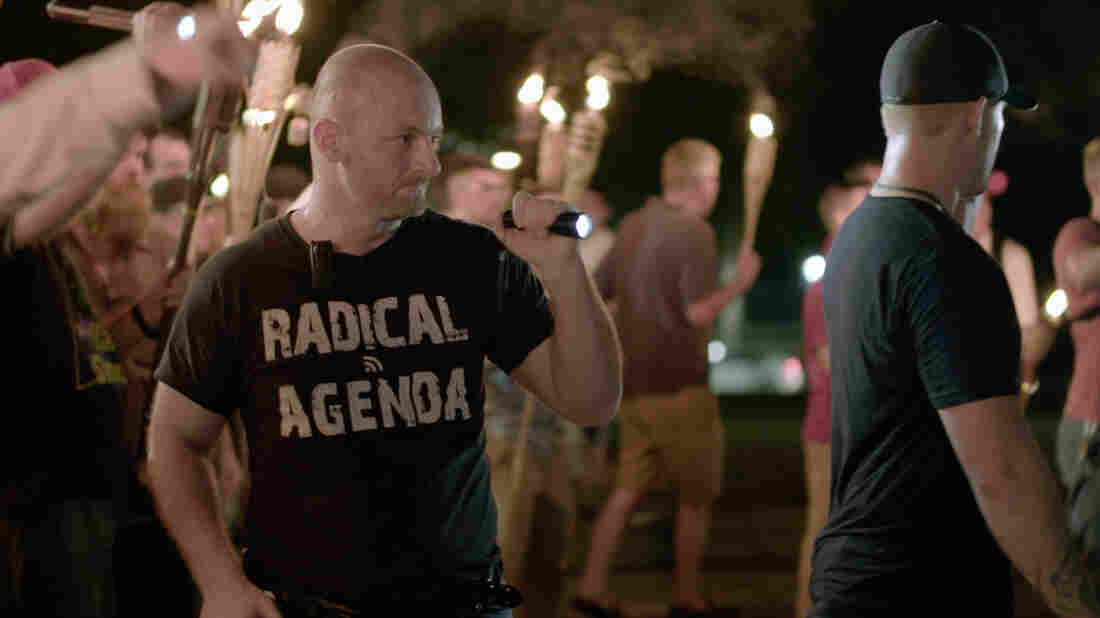 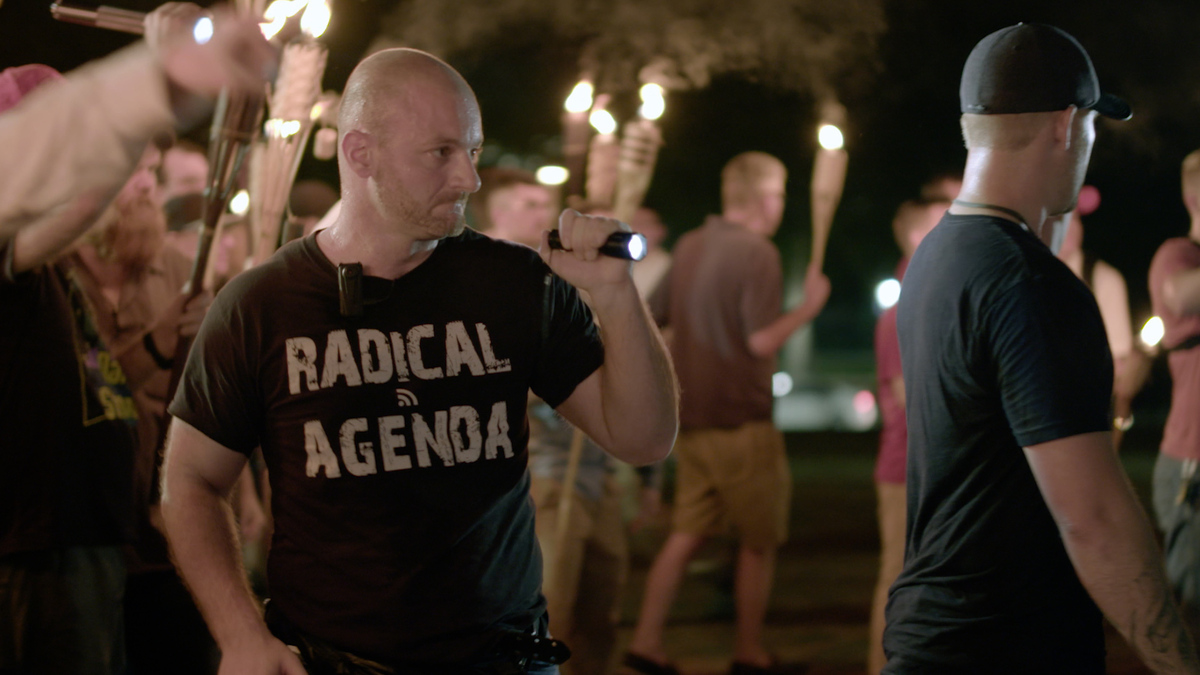 Christopher Cantwell seen in a VICE News Tonight video of the Aug. 11 white nationalist march in Charlottesville, Va. On Wednesday, Cantwell turned himself in to police to face three felony charges. 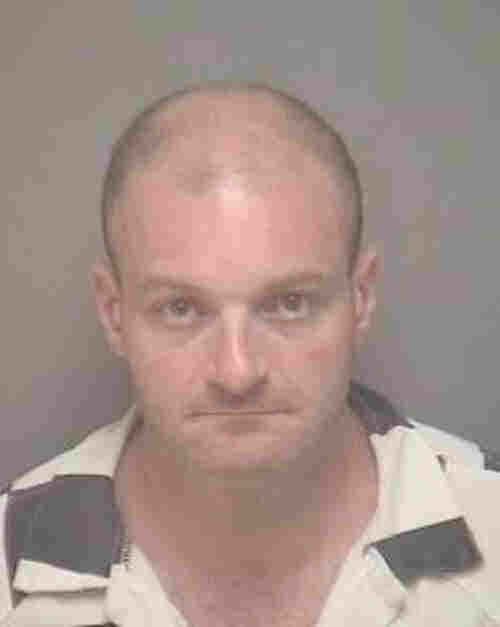 Cantwell had turned himself in to the Lynchburg Police Department a day earlier and will remain in custody at the Albemarle Charlottesville Regional Jail, said UVA Police.

On Tuesday, police obtained warrants for Cantwell's arrest on two felony counts of using tear gas and one felony count of causing "malicious bodily injury" with a caustic substance.

The warrants stem from Cantwell's participation in an Aug. 11 torch-lit march across U.Va.'s campus the day before a rally that was nominally in opposition to city plans to remove a statue of Robert E. Lee. Marchers chanted "Jews will not replace us" and wound up clashing with counterprotesters.

On Tuesday, Cantwell, 36, told The Associated Press that he had pepper-sprayed a counterprotester, but that it was done in self-defense, "because my only other option was knocking out his teeth."

Cantwell was the subject of a widely-watched VICE News Tonight documentary of the rally. "I'm here to spread ideas, talk, in the hopes that somebody more capable will come along and do that, somebody like Donald Trump who does not give his daughter to a Jew," he said.

Trump faced a fierce backlash himself when he appeared to equate white nationalist demonstrators with counterprotesters following the violence.

On Saturday, a day after the campus march, the bloodshed worsened when white supremacists and counterprotesters clashed once again in downtown Charlottesville.

"I think it was more than justified," Cantwell told the VICE journalist about the incident. "The amount of restraint that our people showed out there, I think was astounding."

Cantwell of Keene, N.H., is seen showing off an arsenal of weapons from his hotel room. "I think that a lot more people are going to die before we're done here, frankly," he said.

But some of that swagger was missing when Cantwell posted a tearful video last week to his now-defunct YouTube channel.

In that video, he said that he had heard about a warrant out for his arrest and while he did not want to go to jail would turn himself in to police. "I'm armed. I do not want violence with you. Alright? I'm terrified. I'm afraid you're gonna kill me."

On his website, Cantwell describes himself as a writer, videographer and talk radio personality. But the Southern Poverty Law Center calls him "an anti-Semitic, Alt-Right shock jock and an unapologetic fascist."

Cantwell's next court appearance is scheduled for Oct. 12.