Accessibility links
At Least 16 U.S. Embassy Staff In Cuba Treated After 'Health Attacks' : The Two-Way Investigators are probing why staff at the U.S. Embassy in Havana have experienced symptoms including hearing loss. Some experts think it could have been accidentally caused by surveillance equipment. 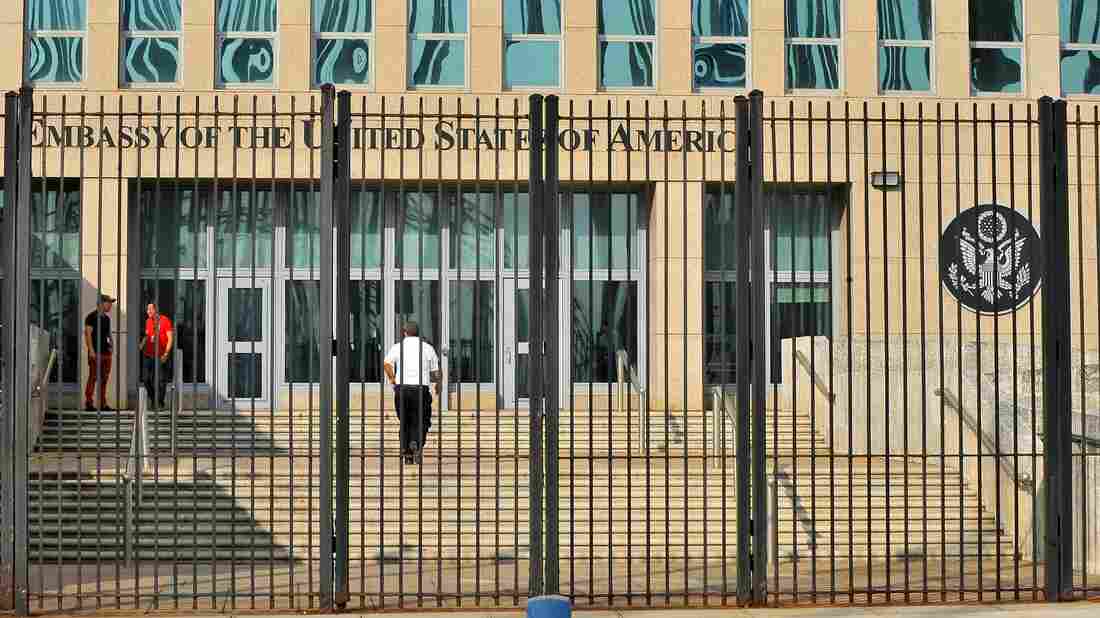 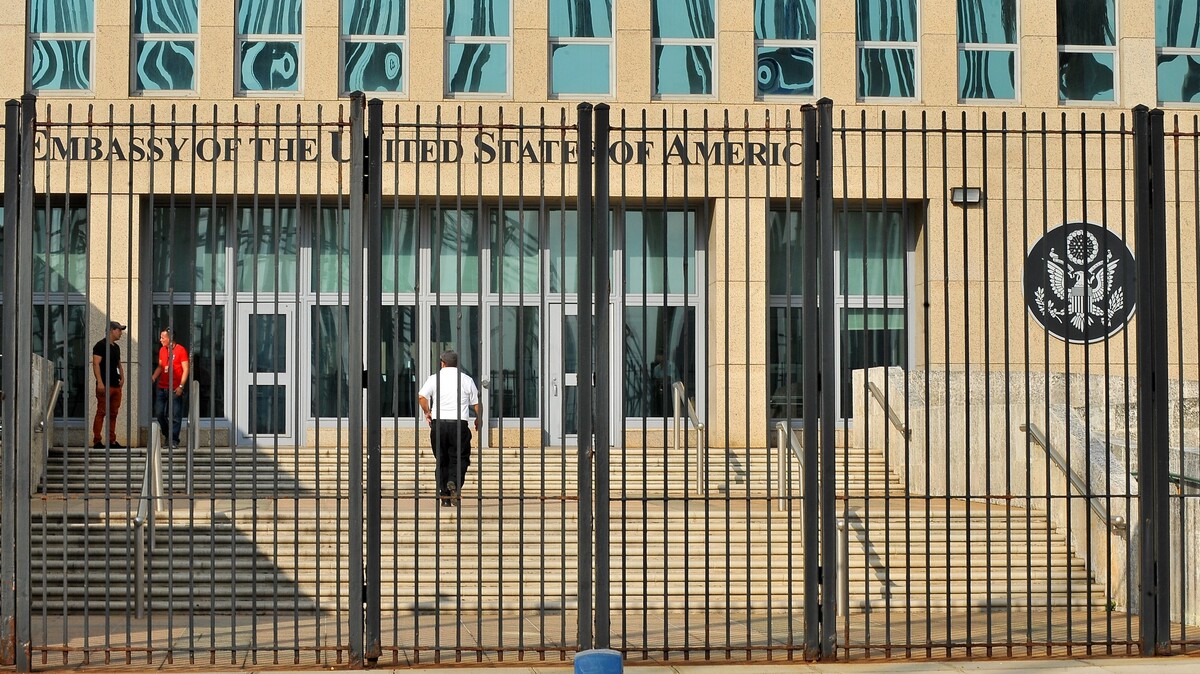 At least 16 U.S. government employees in Cuba have been treated after experiencing symptoms including hearing loss.

Employees at the U.S. Embassy in Cuba started experiencing odd medical symptoms starting in late 2016, which Secretary of State Rex Tillerson has characterized as "health attacks."

"We can confirm that at least 16 U.S. government employees, members of our embassy community, have experienced some kind of symptoms," State Department spokesperson Heather Nauert said Thursday. "They have been provided medical treatment in the United States as well as in Cuba. We take this situation extremely seriously."

"This is something that we have not experienced in the past," she added, saying that the "incidents are not ongoing at this point."

"Some time in the fall, several of [the employees] began to suffer symptoms that included loss of hearing, headaches — I've also heard nausea," The Associated Press' Michael Weissenstein told NPR.

The State Department determined that "diplomats were either attacked deliberately with a sound device or were somehow exposed in a way that caused them to suffer these very severe symptoms," according to Weissenstein. A sound device or devices that caused the symptoms was likely placed near or in the embassy staff's homes, he says.

Earlier this month the State Department announced that it had expelled two Cuban diplomats earlier this year.

"We're not assigning responsibility at this point," Nauert added, saying the matter is still being investigated. "We don't know who the perpetrator was of these incidents."

The Cuban government denies being behind any audio attack on embassy staff, as The Two-Way reported earlier:

"Cuba responded by saying that it would never allow its soil to be used for actions against diplomats and that it is willing to cooperate with the U.S. to clarify the incidents. It also called the decision to expel Cuban diplomats 'unjustified and baseless.' "

Analysts question why the Cuban government would choose to attack U.S. diplomats just as the two countries renewed diplomatic relations after decades of hostility.

The AP's Weissenstein says investigators are also looking into the possibility of a third party being involved in audio attacks, and "the third country that comes up repeatedly in our reporting and others is Russia," he told NPR's Ari Shapiro.