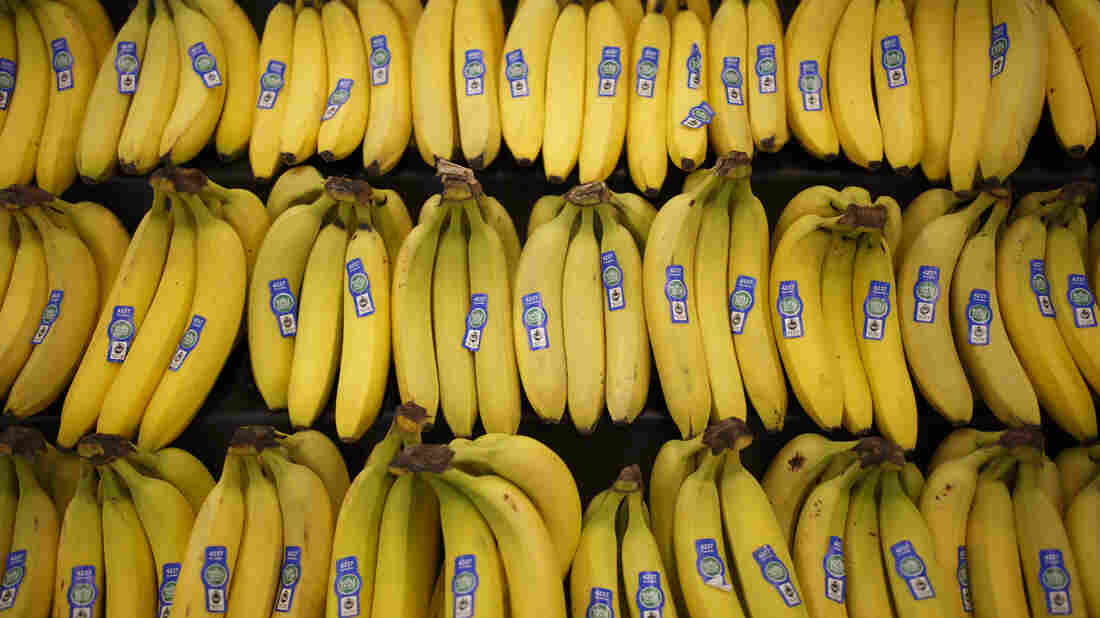 Bananas will be cheaper at Whole Foods stores next week, as Amazon finalizes its purchase of the grocery chain. Patrick T. Fallon/Bloomberg via Getty Images hide caption 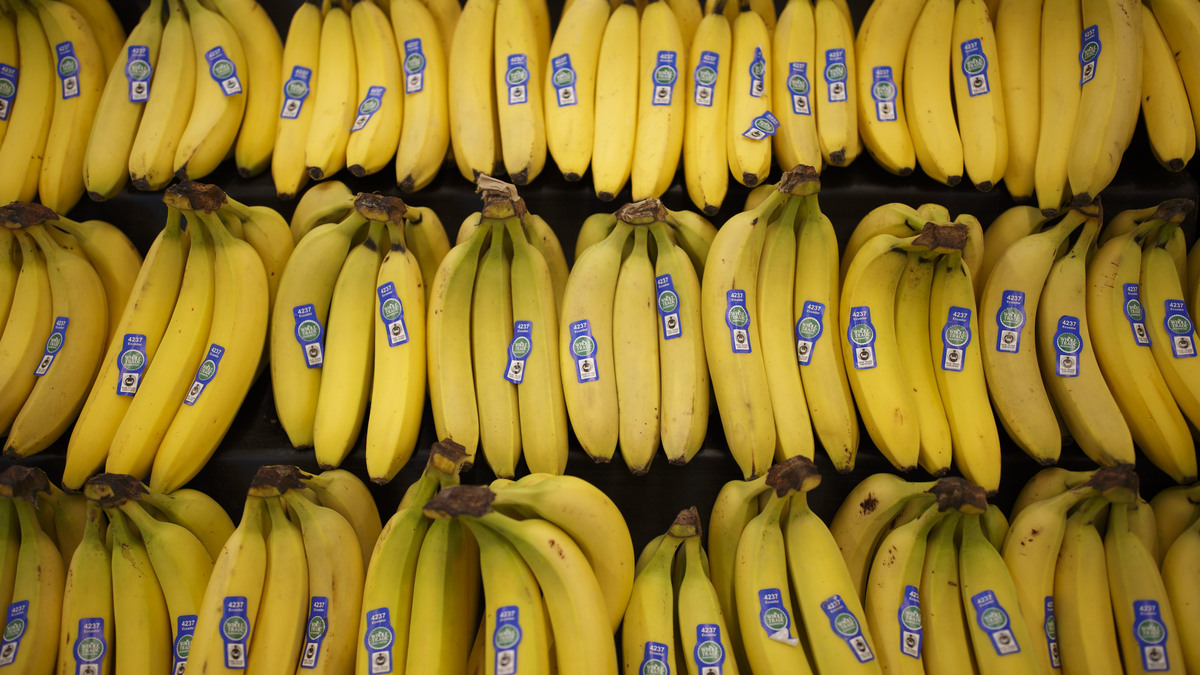 Bananas will be cheaper at Whole Foods stores next week, as Amazon finalizes its purchase of the grocery chain.

New prices will take effect on Monday — the same day Amazon says it will finalize its $13.7 billion acquisition of Whole Foods. The online marketplace, famous for disrupting the book industry and other retail segments, also laid out its plans for combining its business with an established brick-and-mortar chain.

Amazon customers would be able to receive packages — and return items bought online — at Whole Foods locations that include its Lockers service, the retailer said, outlining what customers can expect to see.

Integration of the two companies will also mean Amazon customers will be able to buy Whole Foods' private label products through its website and local grocery delivery services. Another change would make Prime the loyalty rewards program for Whole Foods customers.

Amazon sent ripples through the grocery industry when it announced it would buy Whole Foods back in June. But analysts have also noted that the combined company would only control about 2 percent of the U.S. grocery market. The largest share goes to Walmart, with about 14.5 percent, followed by Kroger with 7.2 percent, CNBC reported this summer.

With the new details, Amazon is revealing some of its goals for this acquisition — including gathering customer information from Whole Foods' clientele.

The list of grocery items that will be cheaper at Whole Foods markets next week ranges from bananas, apples and organic avocados to ground beef, salmon and tilapia, along with organic rotisserie chicken and other products.

Calling the combined venture "the first of a new breed of cyber-physical retailers," professor Lee McKnight of Syracuse University's school of information studies says Amazon's first priority isn't to boost Whole Foods' sales volumes — it's to boost the amount of data the company has about its customers.

Citing a strong overlap of upper-income consumers who use both Amazon Prime and Whole Foods, McKnight says, "They want to tie those two databases or datasets together, which makes it more valuable, because now you have this more rounded picture of what the person is doing online and offline."

Noting that a large chunk of Amazon's profits stem from its cloud services and data businesses rather than its online sales, McKnight says the new strategy could benefit both elements of Amazon's business.

It could also pose a threat to other grocers and retailers.

Noting the recently struck deal between Google and Walmart, McKnight said, "If you're not Walmart, if you're not Amazon and Whole Foods, who's your cyber partner to make you stand out in this evolution?"

If he were another retailer who was locked out of deals with Amazon or Google, McKnight said, "I'd be wetting my pants now."

The two companies say they'll offer more price cuts and changes in the future, after they integrate their logistics and retail systems.

Once the takeover is complete, Whole Foods will retain its own brand and keep its headquarters in Austin, Texas, Amazon says. Co-founder John Mackey will remain as CEO.