Accessibility links
'Restraint' Appears To Be Over As North Korea Launches Missile Test Again : The Two-Way The firing of three short-range missiles was believed to be the first test since the North launched a milestone intercontinental ballistic missile test last month. 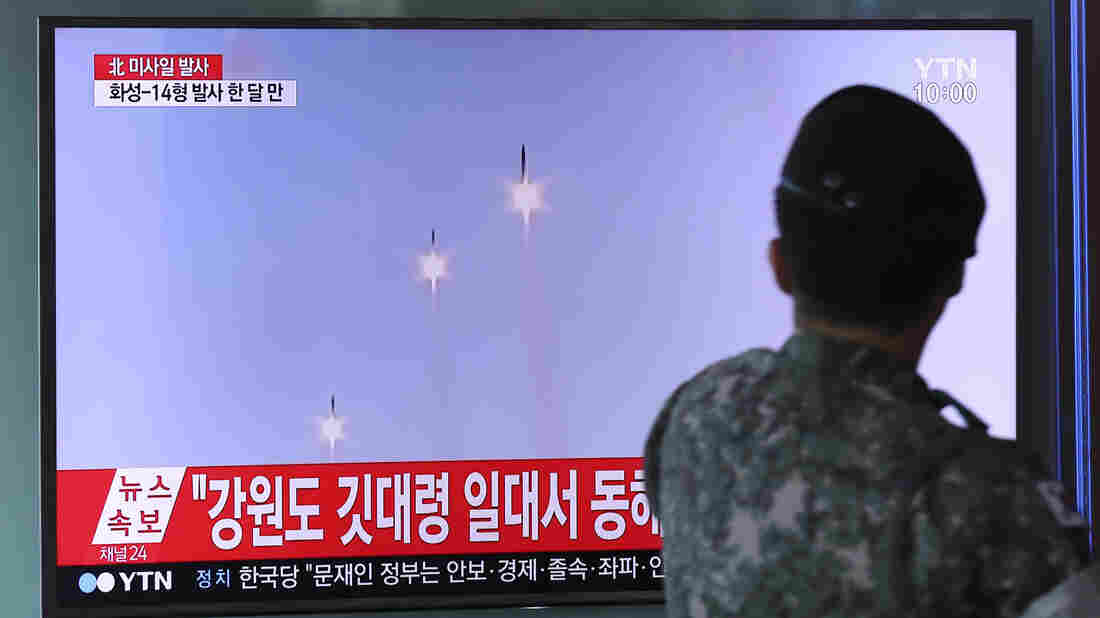 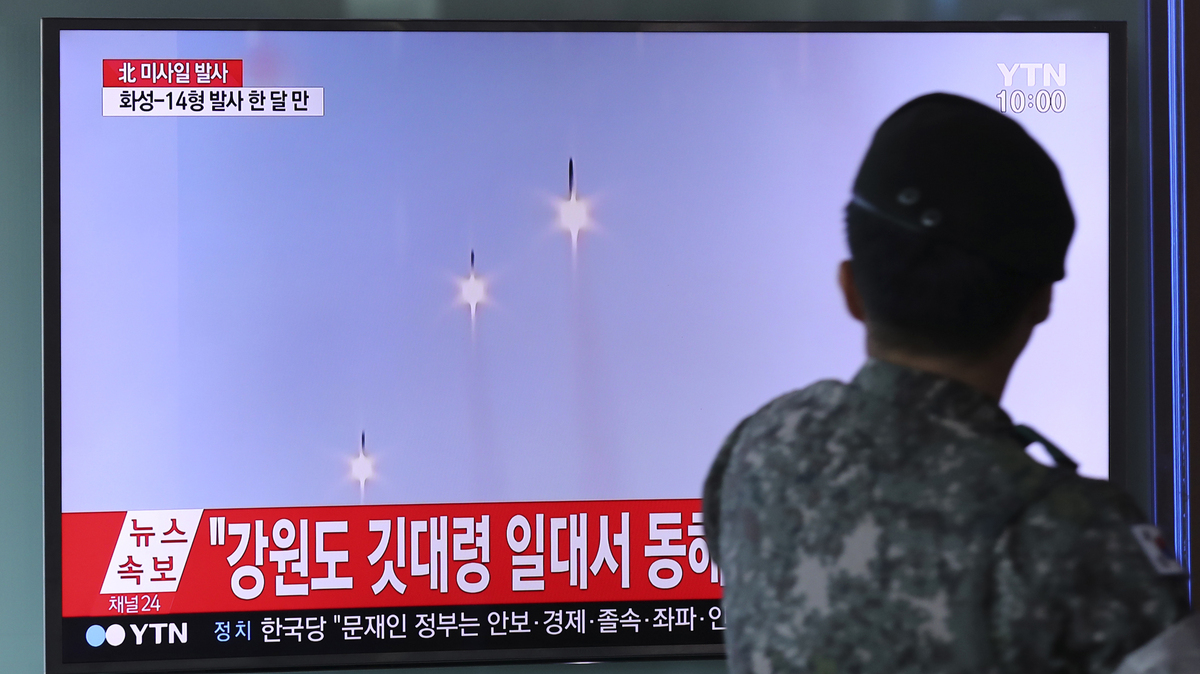 North Korea launched three short-range ballistic missiles from its east coast into the sea, beginning at 5:40 p.m. EST Friday over a period lasting an hour, according to the U.S. Pacific Command.

Two of the missiles flew about 150 miles while the other one appears to have blown up almost instantly.

The missiles did not pose a threat to North America nor to the U.S. territory of Guam, said the Pacific Command. But the distance of 150 miles was far enough to reach major South Korean and American military bases, reports The New York Times.

The test "shows an advance in capability," says The Times because the "missiles were 300-millimeter rockets fired from a multiple-tube launcher."

The launches are believed to be North Korea's first test since the Fourth of July when it fired its first intercontinental ballistic test into the sea near Japan.

The White House said President Trump was briefed on what happened and "we are monitoring the situation."

Earlier this month Trump had warned that North Korea would be met with "fire and fury," if it continued with its threats. Hours later North Korea had said it was "carefully examining" plans to strike Guam.

But earlier this week the rhetoric appeared to be cooling — at least on the American side — as Trump expressed optimism about North Korea on Tuesday, saying of leader Kim Jong Un, "I respect the fact that he is starting to respect us."

Also on Tuesday, Secretary of State Rex Tillerson praised Pyongyang for demonstrating "some level of restraint," noting that there had been "no missile launches or provocative acts on the part of North Korea," since the United Nations Security Council voted Aug. 5 to impose a $1 billion sanctions package against the country.

NPR's Elise Hu reports from Seoul that the U.S. maintains the computer-based drills are purely defensive, but the North has long regarded them as preparations for invasion.

Seoul said the war games will continue "even more thoroughly" in response to the launch, reports The Associated Press.