Accessibility links
Using Plastic Bags Is Now Illegal — And Punishable By Jail Time — In Kenya : The Two-Way The East African economic powerhouse is following in the footsteps of its much smaller neighbor Rwanda. Kenya's government says it's good for the environment, but critics say it will hurt the poor. 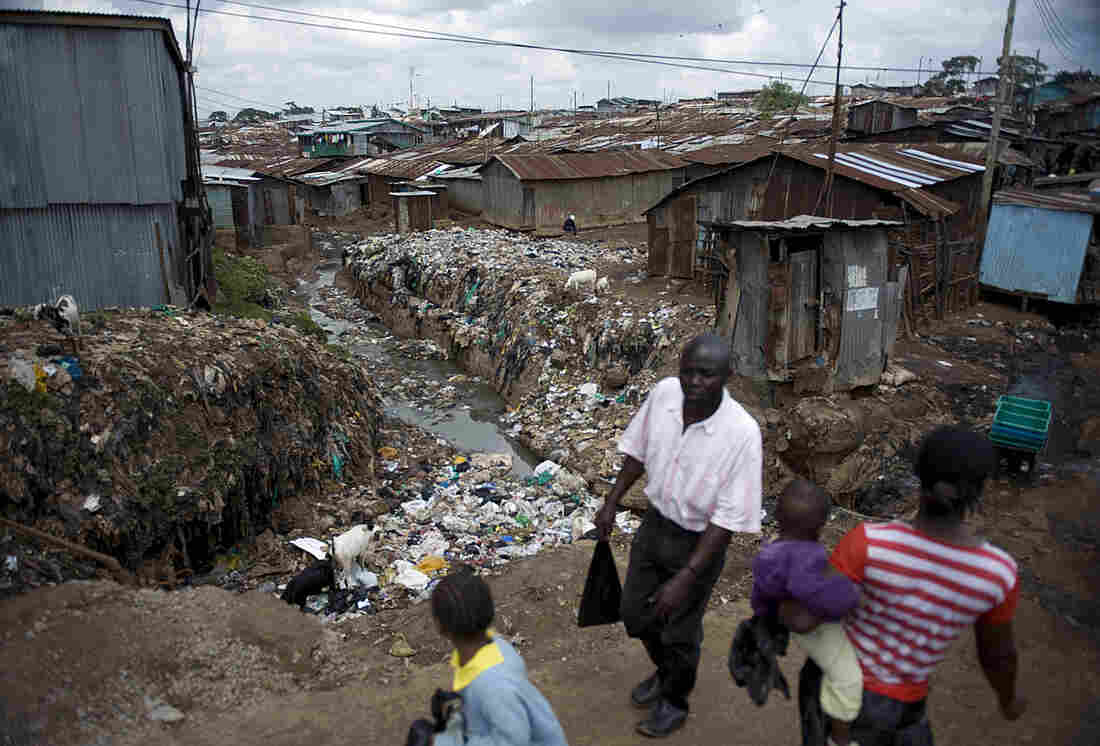 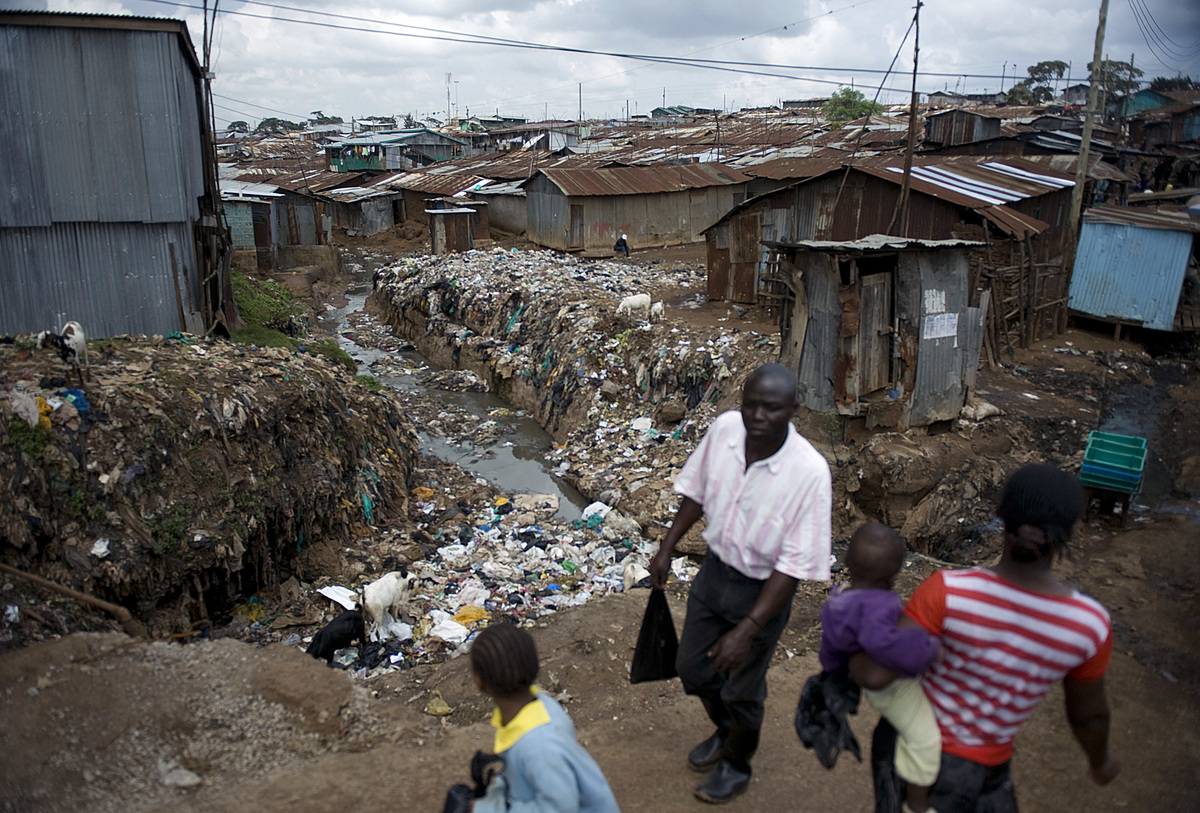 In Kibera, Kenya's biggest slum, plastic bags are found everywhere — on roofs, on walls and clogging drainage. The Kenyan government says an almost total ban on plastic bags will benefit the environment.

No matter where you go in Kenya — from the vast expanses of the Great Rift Valley to the white-sand beaches off the Indian Ocean — one thing is a constant: plastic bags.

They hang off trees and collect along curbs. And in Kibera, a sprawling slum in Nairobi, there are so many of them that they form hills.

But beginning today, almost all plastic bags are illegal in Kenya. Beginning today, if you're carrying your groceries in a plastic bag or put out your trash in a disposable one, you could be fined up to $38,000 or be sent to jail for up to four years.

"It is a toxin that we must get rid of," Judi Wakhungu, the country's Cabinet secretary for the environment, told reporters. "It's affecting our water. It's affecting our livestock and, even worse, we are ingesting this as human beings."

Kenya isn't the first country in the region to ban plastic bags. Rwanda banned them in 2008, and the East African Community has talked on-and-off about issuing a regional ban.

But that has been difficult and controversial, in large part because of economics. Kenya, for example, has tried to institute a ban several times in the past decade. But the country has continued not only to consume large amounts of plastic, but to produce many of the plastic products for the region. The Kenyan Association of Manufacturers, which challenged the ban in court, said nearly 3 percent of all Kenyans are directly employed by the 176 plastic manufacturers in the country. The ban, they argued, will cost cost Kenya tens of thousands of jobs.

Then there is the issue of convenience. When I visited Kibera in June to report on the proposed ban, residents overwhelmingly opposed it.

I found Julius Moleil selling charcoal in the middle of the slum's market. The plastic bags, he said, create an economic cycle all their own.

In his case, he said, no one will buy charcoal if there isn't a clean and cheap way to carry it around. He gives his customers plastic bags, but he also creates a job when he buys those used plastic bags from a man who collects and cleans them.

In a place where many people live off less than $2 a day, he said, those few cents makes a huge difference.

Kenneth Okoth, a member of Parliament who represents Kibera, opposed the ban because he said it would affect his poor constituents the most. In Kibera there is little running water, no toilets or outhouses, but the ban will affect the so-called flying toilets — plastic bags residents use to defecate and urinate in.

"It may look very fashionable in international circles," he said. "But in reality, in a place like Kibera, we still need those plastics."

Okoth said he understands and supports the need to clean up the environment. But there are better ways to do that, he said, than a blanket ban on plastics.

"It's not the plastic's fault," he said. "It's a lack of a system to collect the plastic and reuse it and make a value chain out of it beyond that first usage."

In Nairobi, supermarkets have started heeding the ban. Many have switched from plastic bags to reusable, cloth sacks, but a quick drive around Nairobi revealed that plastic bags are still in use. So far, there have been no reports of any enforcement actions.

Wakhungu, the environment minister, said the government's intent is "not to arrest Kenyans."

"I know they will comply," she added. "But the law is in place."