Accessibility links
How Climate Change Helped Shape Hurricane Harvey : The Two-Way Rising temperatures factored into making the storm a watery giant, but other factors helped turn it into a catastrophe. 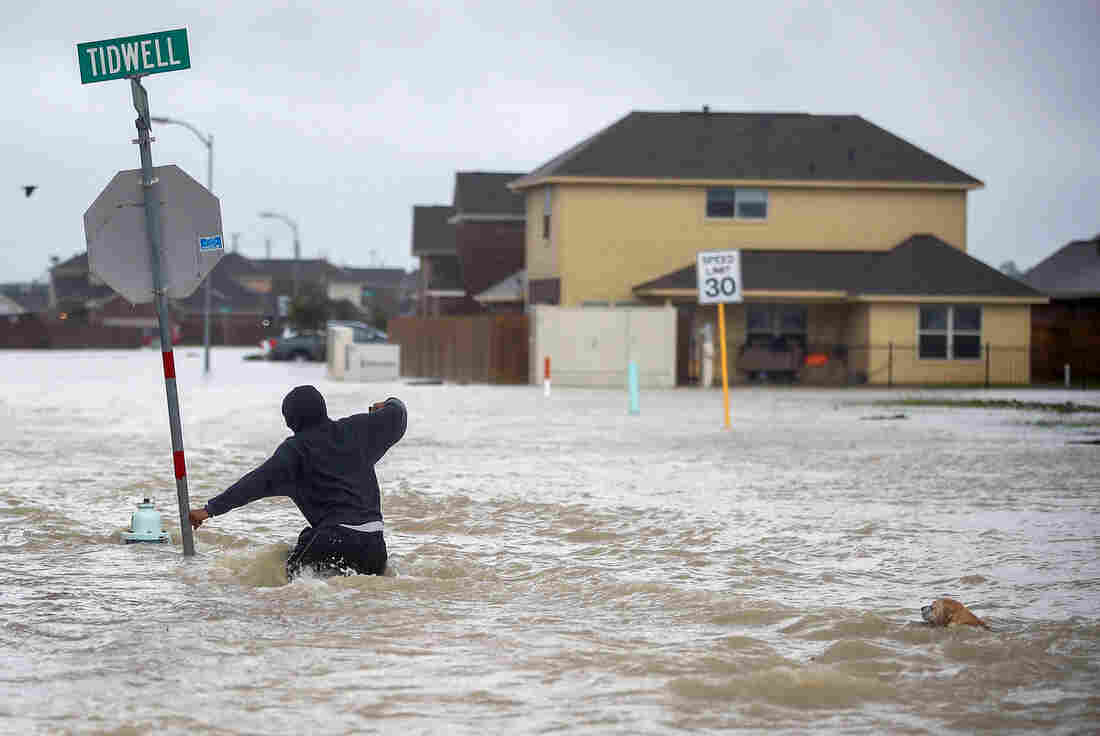 A person and a dog make their way through a flooded street in Houston after the area was inundated with flooding from Harvey, which has been downgraded from a hurricane to a tropical storm. Joe Raedle/Getty Images hide caption 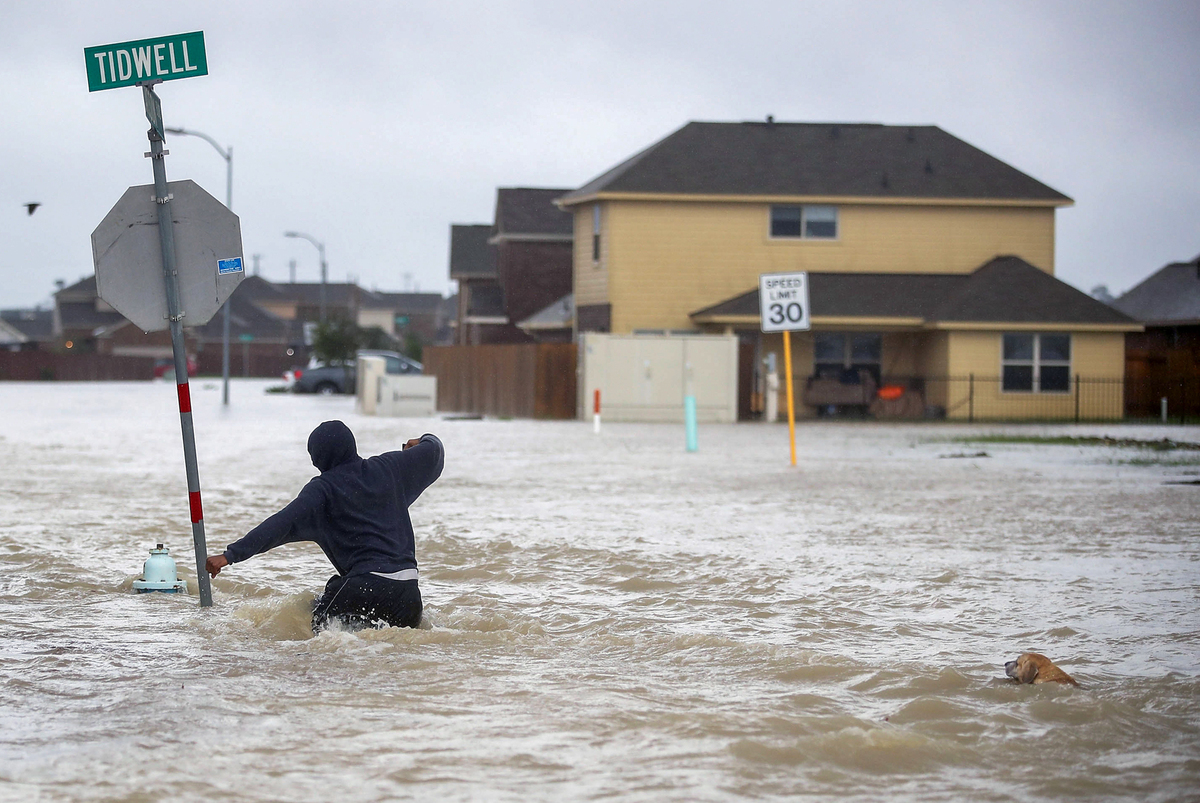 A person and a dog make their way through a flooded street in Houston after the area was inundated with flooding from Harvey, which has been downgraded from a hurricane to a tropical storm.

The rain just won't stop. More than two days after Hurricane Harvey made landfall on the Texas coast, the downgraded storm continues to dump water across the region.

So much rain has fallen in the Houston area that the National Weather Service has had to revamp its charts.

#Harvey in perspective. So much rain has fallen, we've had to update the color charts on our graphics in order to effectively map it. pic.twitter.com/Su7x2K1uuz

Climate researchers agree that climate change can be partially to blame for the devastation. Here's how it has (and hasn't) shaped the course of the storm.

Climate change may have helped Harvey to form and intensify

This year saw high sea surface temperatures in the Gulf of Mexico, where Harvey formed. According to an analysis published in March, the Gulf stayed above 73 degrees Fahrenheit the entire winter.

At the time Harvey intensified into a Category 4 hurricane, it was over a section of the Gulf that was about 4 degrees above normal, says Martin Hoerling, a research meteorologist with the National Oceanic and Atmospheric Administration in Boulder, Colo.

"The water in the Gulf of Mexico is the heat reservoir to support these hurricanes," says Ben Kirtman, an atmospheric scientist at the University of Miami. The warm water and air above the Gulf means there's more energy to drive a storm such as Harvey. 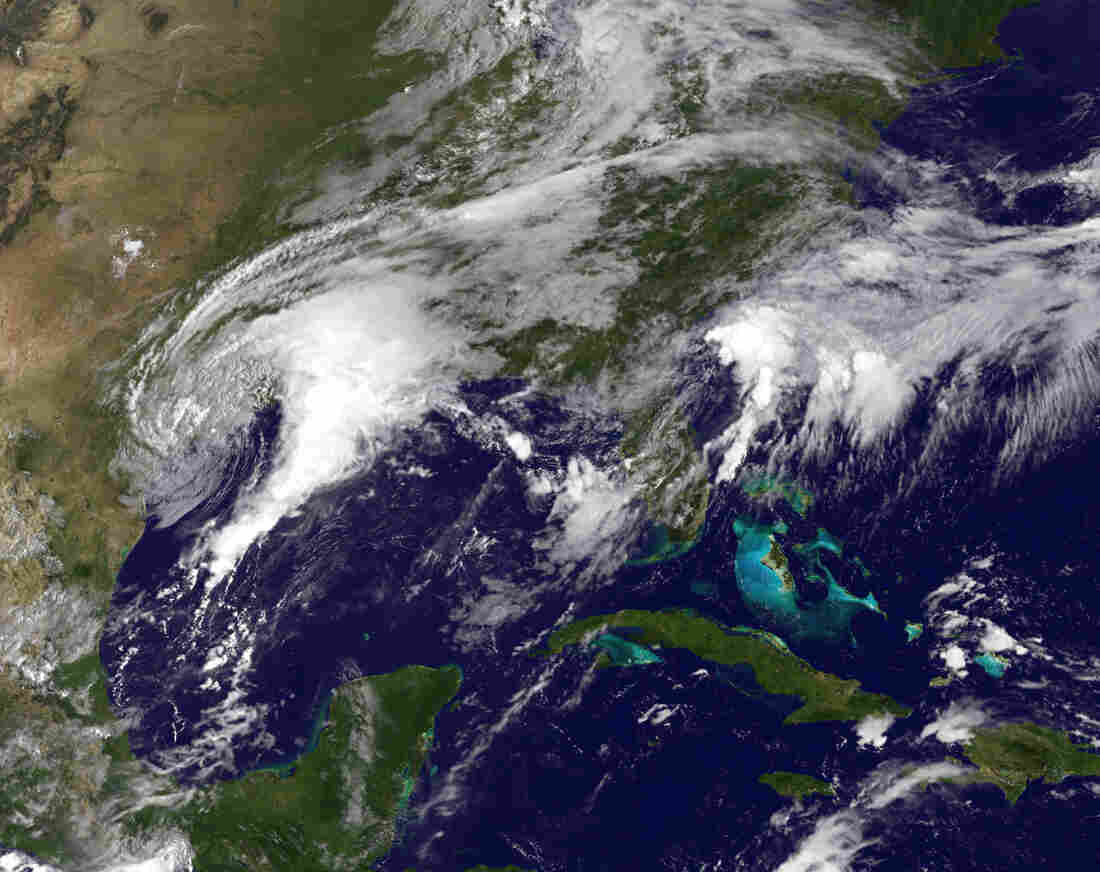 As sea surface temperatures rise, more ocean water evaporates into the atmosphere. The relationship is exponential, says Kirtman. "For a small change in temperature, you get a huge amount of evaporation," he says.

Surface temperatures in the Gulf have been above average this summer. The air was filled with humidity. And then came Harvey. It swept up the humid air and then wrung it out over Texas like a sponge.

Exactly how much climate change contributed is difficult to say, but Hoerling points to a study of flooding in Louisiana last year that attributed about 10 percent of the rain totals there directly to human-caused climate change.

"It's early to know whether we can just put that knowledge into the experience over South Texas with Harvey," Hoerling says. But as a first estimate, "it's probably not unreasonable."

But climate change isn't completely responsible for the devastation

The key feature that makes Harvey so devastating is that it stalled out over Texas. It lingered in the same region for days, dumping rainfall over Houston that is being measured in feet, not inches.

Hoerling says that meandering storms appear to be a feature of the region. Tropical storms Claudette in 1979 and Allison in 2001 also created enormous rainfall totals because of their slow-moving characters.

And the biggest contributor might be a different man-made factor

Hoerling says the growth of the Houston metropolitan area may have a far larger influence on the storm's effects than climate change. Houston has been booming since the mid-2000s, and its ever-expanding suburbs have meant fewer natural barriers for heavy rainfall.

"As the suburbs have grown, pavement has spread," he says. That increases runoff and makes it difficult for the flat metropolitan area to drain. "The rate at which that water has to be dealt with is different than it was 40 years ago."