Accessibility links
German Nurse Suspected Of Murdering At Least 86 Patients In His Care : The Two-Way In his trial, Niels Högel admitted to intentionally inducing cardiac arrest in many patients. He said he enjoyed trying to revive his patients, but sometimes failed. 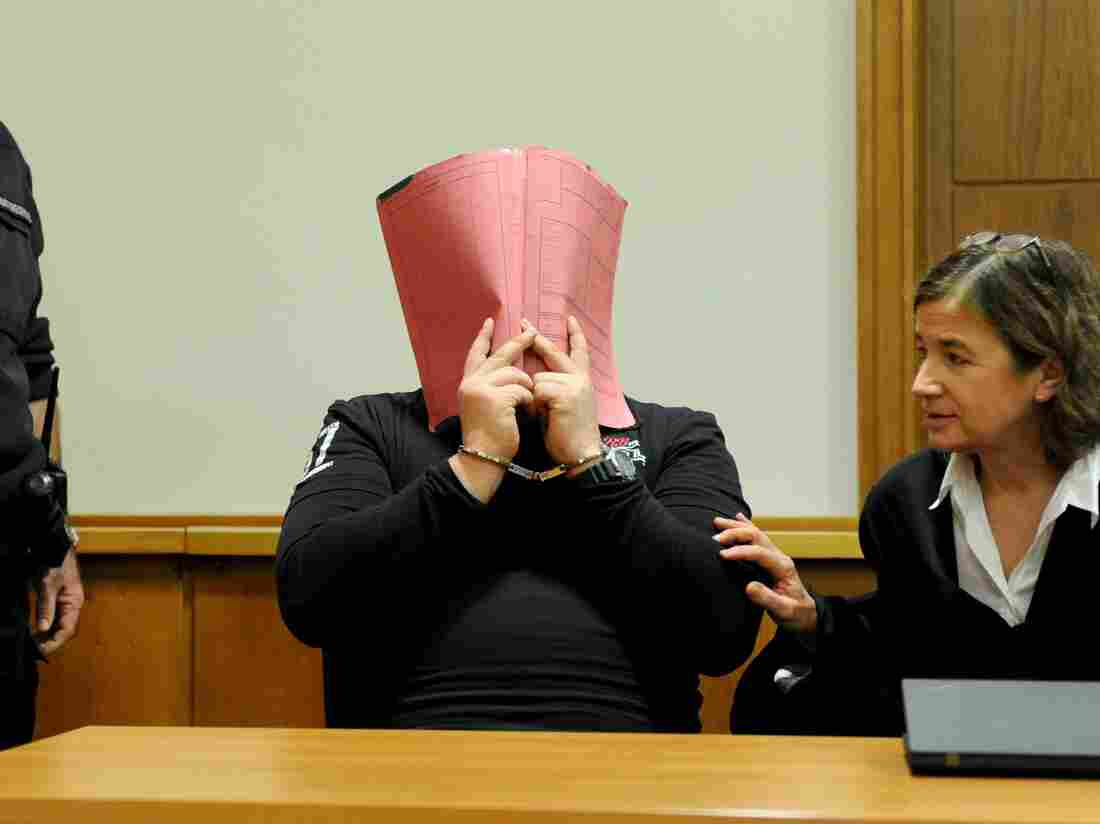 German police say they have evidence that former nurse Niels Högel murdered at least 84 people. He was already convicted in 2015 of two other murders. Above, Högel covers his face with a folder next to his lawyer in German regional court in 2014. Ingo Wagner/AFP/Getty Images hide caption 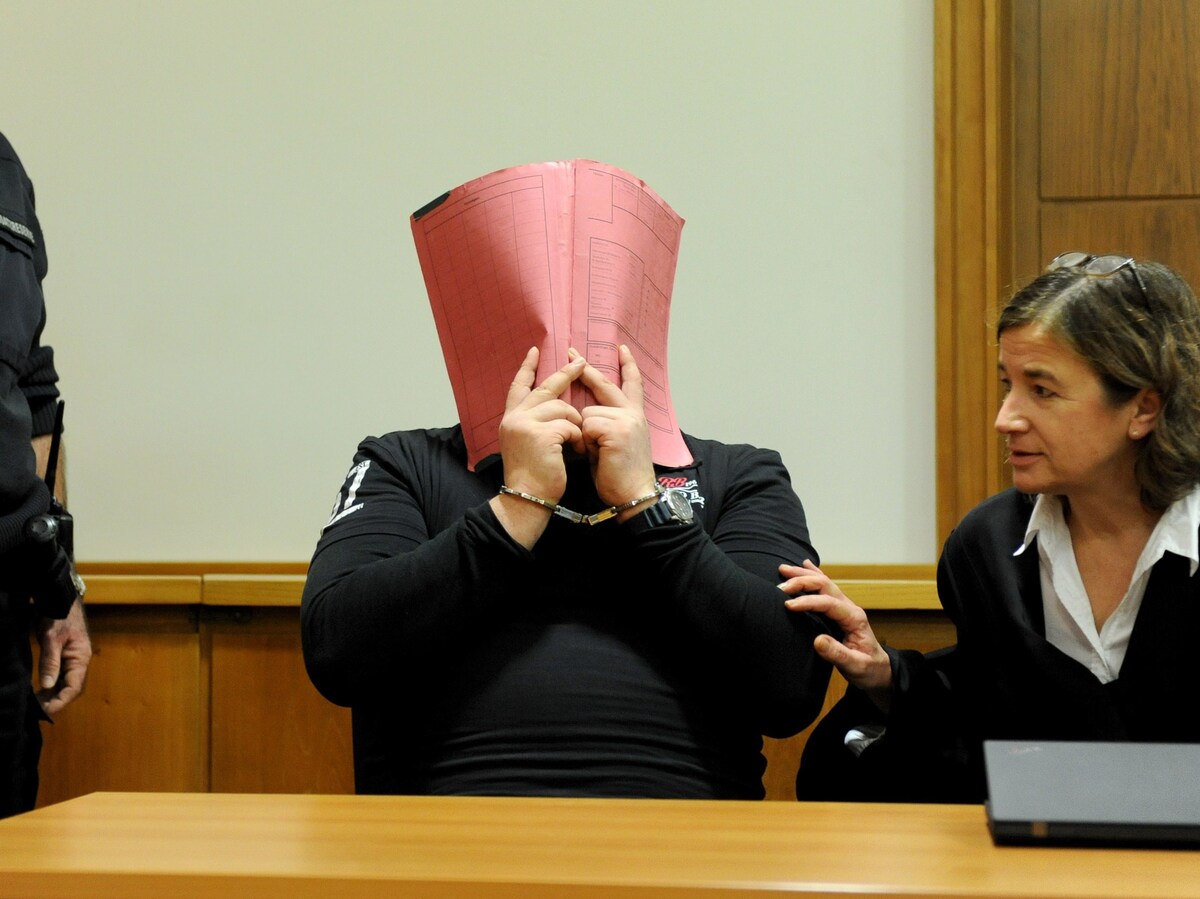 German police say they have evidence that former nurse Niels Högel murdered at least 84 people. He was already convicted in 2015 of two other murders. Above, Högel covers his face with a folder next to his lawyer in German regional court in 2014.

A German police investigation has found evidence that a former nurse murdered at least 86 people in his care.

"The realization of what we were able to learn is horrifying," Johan Kühme, chief of police in the northern German city of Oldenburg told news outlets, including the The New York Times. "It defies any scope of the imagination."

The nurse, Niels Högel, was sentenced to life in prison in 2015 on two counts of murder and two counts of attempted murder. But during his trial, he said he had killed many others.

Högel admitted he had intentionally induced cardiac arrest in 90 of his patients by administering overdoses of heart medication. He said he enjoyed trying to revive his patients, the Times reports, but sometimes failed.

These admissions led police to launch an investigation into other times patients had died in his care.

"The special commission, launched in October 2014, combed through evidence that included more than 500 patient files," according to the Times. "It based its conclusions in part on toxicology tests on the remains of 134 possible victims, who were exhumed to see if they contained traces of the chemicals the nurse had confessed to using."

Police await toxicology reports in 41 cases. The actual number of those he killed may be greater still and never known, as the bodies of some of his former patients were cremated and could not be exhumed.

"The death toll is unique in the history of the German republic," said the chief police investigator, Arne Schmidt, according to The Guardian. There was "evidence for at least 90 murders, and at least as many [suspected] cases again that can no longer be proven," he said, adding that Högel had chosen his victims at random.

Högel's career as a nurse was ghastly throughout, as the Guardian reports:

"Police believe that the man whom the Bild newspaper is calling 'Germany's worst serial killer' carried out his first murder in February 2000, when he was still employed at a clinic in Oldenburg in Lower Saxony, close to the Dutch border.

"After killing at least another 35 patients, he moved in 2002 to a hospital in Delmenhorst near the north-western city of Bremen, where he resumed his grisly practice within a week of starting his new job.

"Högel would inject patients' veins with a cardiovascular drug in order to orchestrate medical emergencies that would require him to step in and resuscitate them in the hospital's intensive care unit.

"The nurse used five different drugs including ajmaline, sotalol, lidocaine, amiodarone and calcium chloride, police said on Monday. Overdoses can lead to life-threatening cardiac arrhythmia and a drop in blood pressure, causing a rapid decline in an already ill patient."

Also troubling is that Högel's lethal practices went unreported by fellow hospital staff. Though others noticed that the number of deaths in the intensive care unit at Delmenhorst doubled during his time there, nothing was done.

In 2005, a colleague saw Högel injecting a patient with ajmaline, but management didn't do anything about it for two days, during which Högel killed his final patient. Six employees at the hospital at Delmenhorst are now charged with negligent manslaughter for their failure to act. An investigation into neglect at Oldenburg is ongoing.

"The murders could have been prevented," Kühme told the Guardian, noting that Högel was given a clean reference which allowed him to move to the Delmenhorst hospital and continue killing people. "People at the clinic in Oldenburg knew of the abnormalities."

Though Högel is already serving a life sentence, he is expected to be tried on additional charges based on the investigation's findings.