Accessibility links
Keep It Simple And Stay Open: The Waffle House Storm Menu : The Two-Way The 24/7 comfort-food chain is notable for keeping the doors open when hurricanes and natural disasters strike, but two of its restaurants in Houston have had to close because of Harvey. 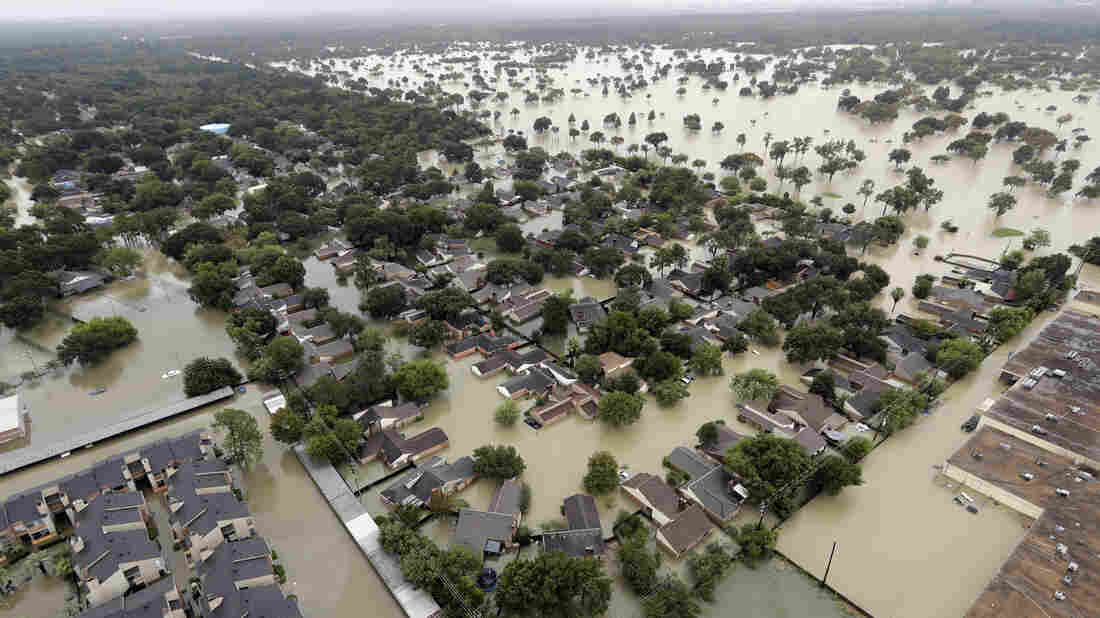 This view of Tropical Storm Harvey flooding in Houston on Tuesday shows why even the storm-hardy Waffle House had to close two of its restaurants in the city. David J. Phillip/AP hide caption 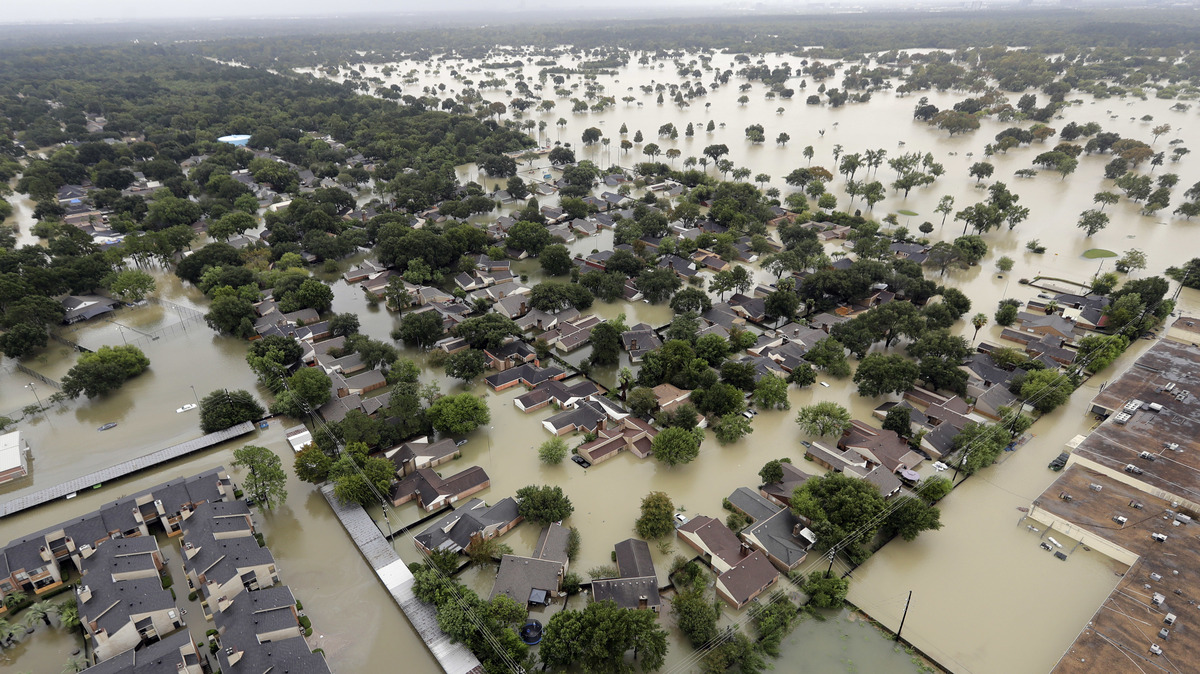 This view of Tropical Storm Harvey flooding in Houston on Tuesday shows why even the storm-hardy Waffle House had to close two of its restaurants in the city.

The massive flooding in the Houston area has brought much of the city's commercial life to a halt. For those venturing out it can be hard to find a place to eat. The Houston Chronicle posted a list of bars and restaurants that are open in the aftermath of Harvey. It's not a big list. There are some cafes and diners serving up meals, but most of the locations are McDonald's or Waffle House restaurants.

Waffle House, the 24/7 comfort-food chain, is notable for keeping the doors open when hurricanes and natural disasters strike. The Federal Emergency Management Agency even measures the severity of a storm's damage by something called the Waffle House Index. When a Waffle House restaurant shuts down, it's really bad. "Waffle House stays on when the wind's blowing — they never close," Philip Strouse, FEMA's private sector liaison, told Yahoo Finance last year.

Well, Harvey's storm surges have been so severe that two Waffle House locations in the Houston area have indeed closed — one owing to flooding and one because nearby roads are impassable, said Pat Warner, Waffle House director of external affairs. But 30 Waffle House restaurants in Houston remain open, serving up hot meals and giving people a place to congregate and charge their cellphones.

Because Waffle House tells customers it never closes, the company feels a special obligation to stay open under the most severe weather conditions. That means a lot of planning and storm logistics. In the case of Harvey, Waffle House "jump teams," restaurant managers from Ohio, Tennessee and Georgia, headed to Houston to keep the grills going — in some cases doing the shifts of storm-stranded local employees.

"We go to a limited menu," said Warner, meaning fewer choices for breakfast, lunch and dinner. "That makes it easier for our production teams and for our supplier." Fortunately, power and water have been available at the Houston-area restaurants. But every restaurant has a "Waffle House storm playbook" with protocols for how to keep operating if the electricity and running water go out. Without natural gas, however, Waffle House is cooked. The restaurants need gas to keep the grills running.

"Sometimes you need bacon and eggs."

Warner says keeping everything as simple as possible helps Waffle House stay on track during a crisis.